Prime Minister Robert Abela on Friday said he is against public inquiries being used to circumvent the law courts.

Fielding questions from reporters, Abela was asked whether he would take up the Opposition’s call for a public inquiry that would look into the controversial gas-fired power station deal.

He said he was against public inquiries, which are regulated by their own law, being used “to put up shows” or to circumvent the courts of justice.

Speaking to reporters without his mask in close proximity in spite of the rules clearly stating that at a distance of two metres should be kept, Abela said:

“I have absolute and blind faith in our justice system. I do not agree with using public inquiries to go around the courts - there is a system in place which works and that is what should be used,” he said. 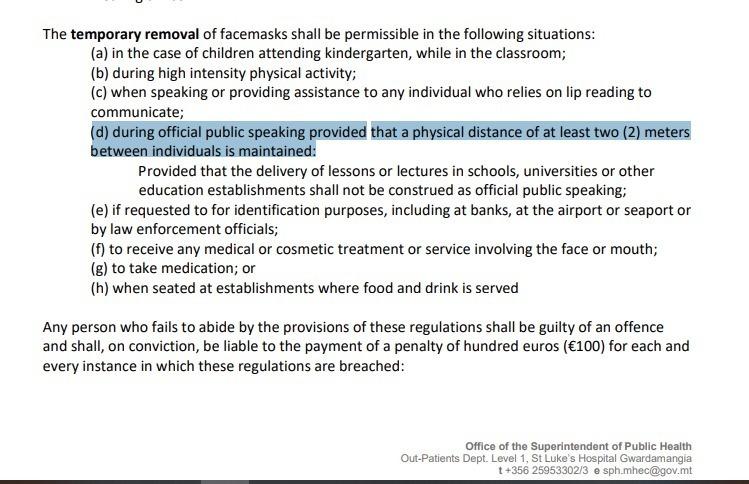 Malta’s first-ever public inquiry was set up last year to look into whether the State failed to prevent the 2017 assassination of journalist Daphne Caruana Galizia.

However, in recent weeks, newly sworn-in Opposition leader Bernard Grech has called on the government to set up a second inquiry, this time to look into the political and business decisions that led to the awarding of the Electrogas power station deal.

A motion for the inquiry was presented in parliament last week and debated in the house on Thursday evening.

The power station deal has been the subject of controversy for several years.

A 2018 report by the National Audit Office found serious shortcomings in the way it was negotiated.

Information released in the Panama Papers leaks also showed suspicious activity between the politicians involved in approving the project and the businessmen behind it.

In a statement later, civil society group #OccupyJustice said it was shameful and not befitting of the Prime Minister to describe a public inquiry as a show.

The Prime Minister should be fighting to eradicate corruption and promote clean politics.

Instead, he insisted on giving press conferences maskless, while, ironically, masking the wrongdoings of the previous administration, #OccupyJustice said.

#Occupyjustice said it is appalled at the Prime Minister’s behaviour and attitude, and is committed to keeping up the pressure until full justice is served.

"This is our nation, this is our home, and we are the people. We expect better, we deserve better, and we demand better," it said.