Less than three years after having been elected to parliament at the very first time of asking, the 42-year-old is due to take the oath as Malta’s next Prime Minister.

Dr Abela beat Chris Fearne to be elected Labour leader early on Sunday morning, securing 57.9 per cent of the vote.

His meteoric rise is even more extraordinary when one considers that he will jump straight from the backbenches to the frontline, without ever having occupied a Cabinet post.

Hailing from Qormi, the Prime Minister elect was born on June 22, 1977 and is the son of former President George Abela. Ironically, Dr Abela junior has gone a step further than his father, as the latter had missed out on the Labour leadership in a bitter contest in 2008 which had crowned Joseph Muscat.

By his own admission, Robert Abela, who is married to Lydia – the secretary of the Labour Party executive committee with whom he has one daughter, 7-year-old Giorgia Mae - kept a very low profile until 2013 when Labour was elected to government after many years. Yet, during the brief leadership campaign of the last few weeks he was keen to stress that he was not a newcomer but had gradually risen through the ranks. 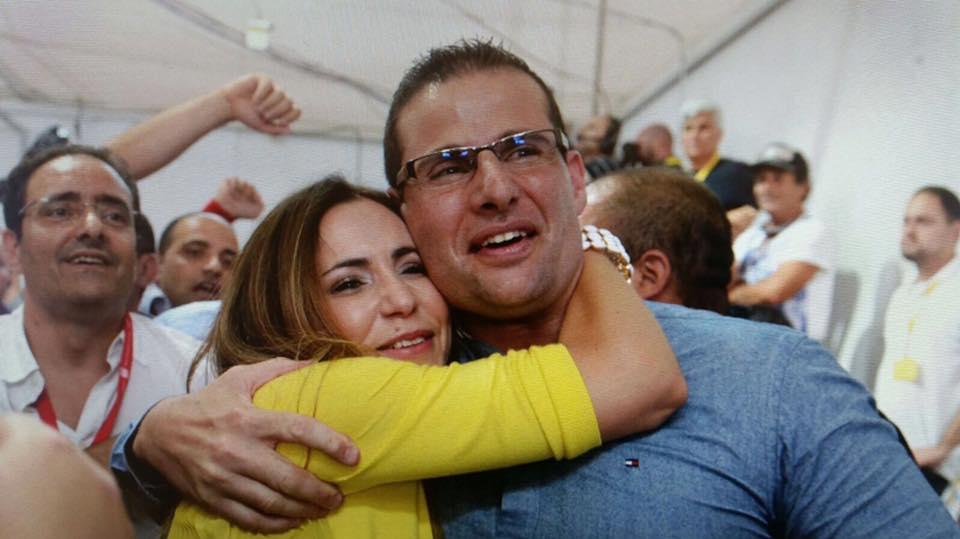 Robert Abela and his wife Lydia during the 2017 general election. Photo: Facebook/Lydia Abela

“I started off transporting sick people to the polling stations in 1996, and kept working behind the scenes for many years in other roles such as representing the party on current affairs programmes as requested by Dr Muscat and lately as his legal advisor in Cabinet,” he recently remarked in a televised debate with Mr Fearne.

Dr Abela’s campaign had started amid controversy in the wake of his remark that he did not want to be a part of any “diabolical pact”. Though subsequently he had tried to play this incident down and had declined to comment about it, many had interpreted his remark as a dig to other leadership hopefuls such as Transport Minister Ian Borg and MEP Miriam Dalli for allegedly succumbing to pressure not to throw their name in the hat, and leave Mr Fearne running in a one-horse race.

That would have ensured a quicker transition period, probably before Christmas as the vote would have been a mere formality without the need for a fully-fledged month-long leadership campaign.

However, it was not to be. Having started the race as the underdog, Dr Abela made the strategic decision to focus almost exclusively on party members who after all were the kingmakers. While such approach prompted criticism that he was dodging media scrutiny, his first proper encounter with the press to unveil his manifesto proved he could handle them with ease while steering away from potential controversies. 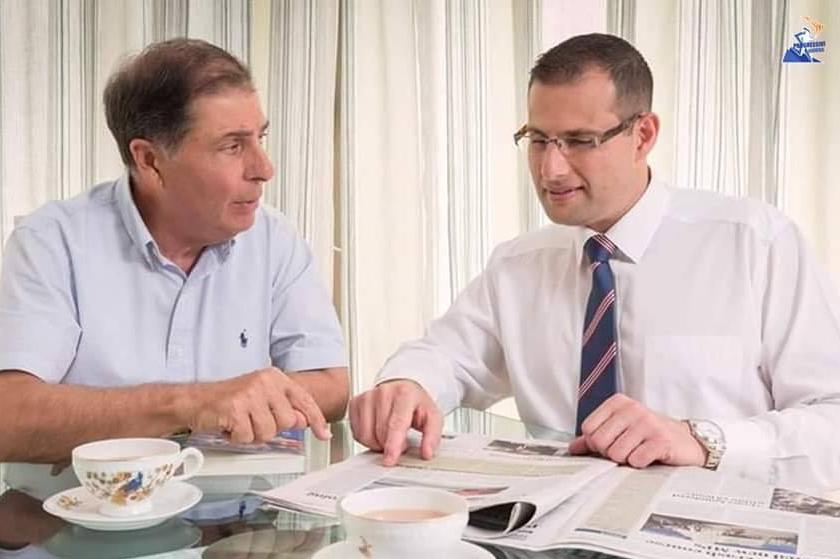 Robert Abela with his father George (left), who came second to Joseph Muscat in the Labour Party's previous leadership race, in 2008. George Abela would go on to serve as President of Malta. Photo: Facebook

Moreover, his focus on social housing, free medicines for the elderly and better employment conditions for blue-collar workers while cracking down on cheap labour migrant workers immediately struck a chord with Labour’s traditional working class grass roots. He was also keen to stress his discomfort of having the Labour Party in bed with big businesses, saying his only interest in such ties was to foster job creation.

Dr Abela was also keen to reassure voters that contrary to his rival he had no desire to rock the boat, to the point that he would even retain the same Cabinet and consequently the same staff at the Office of the Prime Minister. On the contrary Mr Fearne’s campaign was viewed with a degree of apprehension by insiders amid suggestions he would undertake a clean sweep to install his trusted staff at Castille. Such doubts started swaying the tide in Dr Abela’s favour. 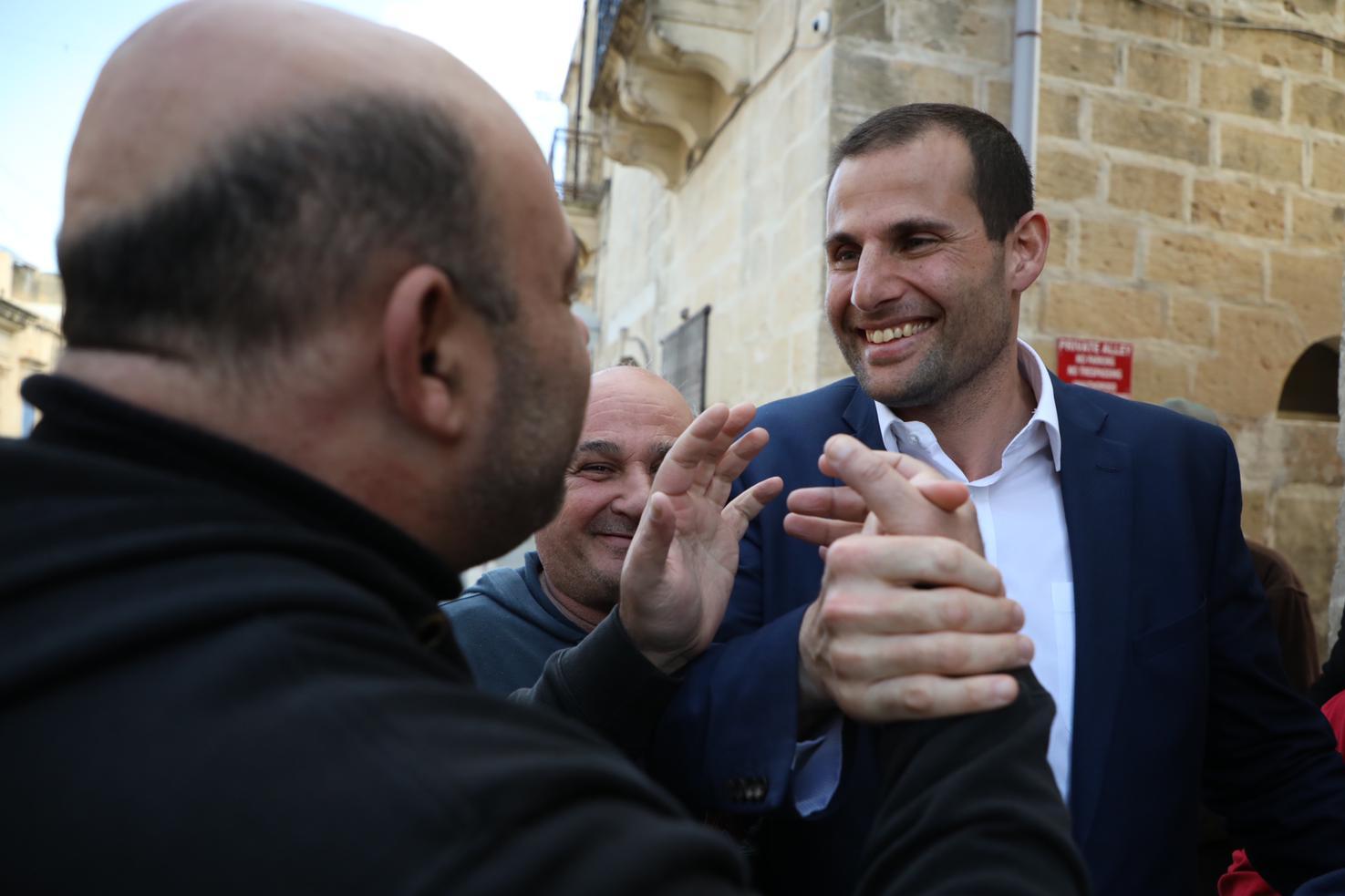 Robert Abela on the campaign trail: the underdog overcame all odds to romp home to victory. Photo: Facebook/Robert Abela

Meanwhile, speculation that disgraced former minister Konrad Mizzi was all out campaigning for Mr Fearne, dented the latter’s standing among Labour Party supporters who felt that Dr Mizzi had become a liability for party and government.

Though, Dr Abela had never been an outspoken critic of Joseph Muscat, he had gone on record saying that in the case of Dr Mizzi and former Chief of Staff Keith Schembri he would have “acted earlier”.

Consequently, Dr Abela was perceived as the candidate who would have no qualms to show his mettle to restrain certain elements in Cabinet, and arguably avoid committing the same mistakes of his predecessor.

Such consideration was even more relevant as Dr Abela was entirely elected on his own steam, without the need of any backroom tit-for-tat deals in order for other candidates to step aside.

In this respect some believe that Mr Fearne’s “tongue in cheek” comment as he later described it on RIPN, was no Freudian slip at all but an attempt to garner support among diehard working class supporters with whom he never identified himself completely.

The turning point in the leadership race was arguably the Xarabank live debate when Dr Abela had the upper hand on almost all fronts. That sentiment was especially palpable on social media.

For the first time doubts started to creep in Mr Fearne’s camp as his seemingly unassailable lead started to shrink. Nevertheless, few would have imagined that Dr Abela would be able to swing the balance of power in his favour in the last few days of the campaign.

This leadership race could not have epitomised any better the famous quote of former British Prime Minister Harold Wilson– a week is a long time in politics.