He was the widower of Josephine, nee Camilleri, and leaves behind his sons Juan and Stefan. 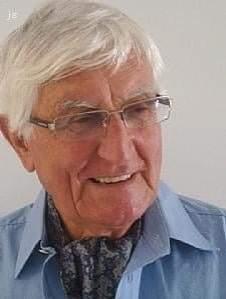 Born in 1934, Borg Manduca was a “weekend artist” before retiring from the Armed Forces of Malta with the rank of Major, he had told Times of Malta in a 2009 interview.

He attended the Royal Military Academy Sandhurst in the UK, where he received his commission. After retiring he opened an art gallery on the Sliema seafront.

Renowned for his atmospheric paintings of the sea, Borg Manduca worked with oils on canvas, preferring to utilize palette knife-art rather than a brush.

He formed part of a local group known as the Soldier Artists, a group of former army officers who were also artists. He was often inspired by the works of Russian painter Ivan Aivazovsky (1817-1900) and Joseph Mallord Turner (1775-1851).

One of the highlights of Borg Manduca’s career was his collaboration with Scottish poet Ian Hamilton Finlay, producing a series of works which were exhibited in the National Gallery of Scotland.

Borg Manduca’s work had also been exhibited internationally at the Madden gallery in London and the Henderson Gallery in Edinburgh.

"The beauty of art is to establish a style and leave your stamp," Borg Manduca had said of his technique.

He was also talented in his portrayals of architecture and urban landscapes, with one of his paintings being chosen as the cover of the real estate publication Perry Magazine last year.