Protesters have held a surprise anti-corruption demonstration in front of Castille, claiming government corruption is facilitated by ministers' failure to speak out against it.

Civil society activists were armed with cardboard cutouts depicting each ministry as the three wise monkeys who see, hear and speak no evil.

A small group of activists from Repubblika shouted "corruption" and "Daphne was right", in reference to journalist Daphne Caruana Galizia, who was murdered in October 2017.

One protester held up a poster with the words 'Don't you dare try to stop the public inquiry' - a reference to Prime Minister Robert Abela's decision to give a limited extension to the board.

The protest comes amid evidence given by several government ministers to the inquiry into the circumstances surrounding the murder.

On Wednesday Deputy Prime Minister Chris Fearne was the latest cabinet member to appear before the board. 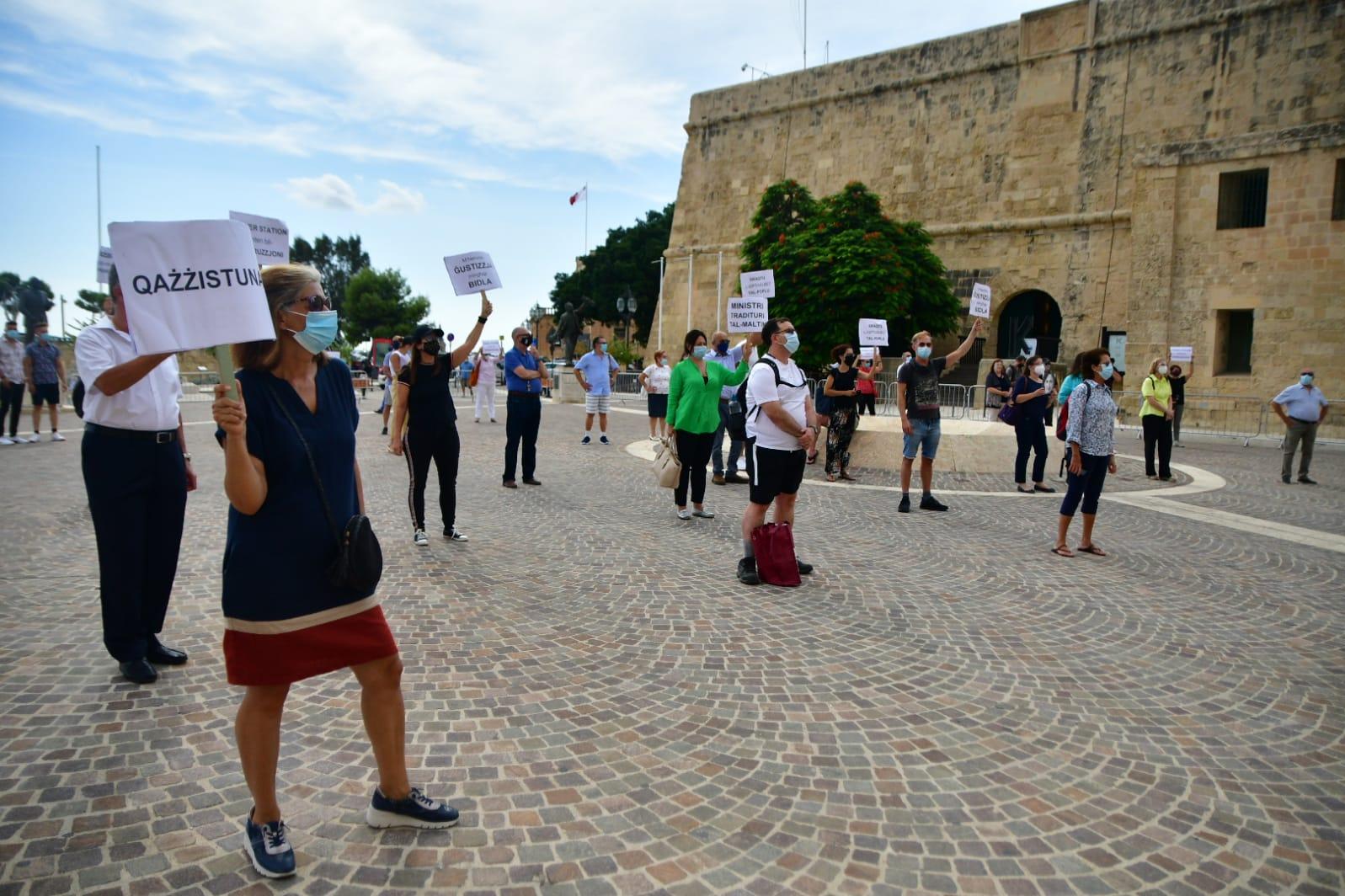 Robert Aquilina from Republikka said: "We want to give a message against omerta. There is a collective and individual responsibility for all MPs and officials and we want to make sure everyone carries that responsibility and that justice is carried out without any delays or exceptions."

He described Abela's decision to allow only a limited extension to the inquiry as "obstruction of justice".

The government wants justice to be done in the case of Caruana Galizia’s murder despite the many divisive words used during the protest on the day when the European Council President Charles Michel is on a state visit in Malta, the Labour Party said in a statement.

It said that contrary to what is being said, the government does not want to stop the inquiry but would like the process to be concluded expeditiously and according to its terms of reference, mutually agreed upon with the Caruana Galizia family.

This is the first time that an inquiry of its kind is being held in front of three judges, whose names were also accepted by the Caruana Galizia family, the PL said.

It said that in recent months, the government took several bold decisions, notably the appointment of a new Commissioner of Police following a public call and the removal of a member from the Labour Parliamentary Group. Following the necessary legislative amendments, a series of reforms were implemented and also praised by the relevant institutions.

The PL said there is also an ongoing court case in which a number of people are charged with their alleged involvement in the crime. These developments took place in a very short period of time when compared to other cases, it said.

“Instead of wasting time on politically motivated games which are only aimed at hindering the reforms and change this government is bringing about, it would be better to let the process continue without any further interference so as to ensure that justice is ultimately done,” the PL said.