The family of a woman recovering from serious head injuries after falling from an electric scooter has appealed for helmets to be made mandatory.

Sumeyve Uçmaz was riding along St George’s Street in St Julian’s on June 24 when she lost control and fell to the ground, hitting her head.

Like the vast majority of riders, the 27-year-old was not wearing a helmet at the time. She spent two weeks in intensive care (ITU) at Mater Dei Hospital, where her family was told she had a five-per-cent chance of survival.

Fortunately, she began to recover and was last week transferred to a rehabilitation centre where she is now learning to walk and talk again, according to her siblings.

“She nearly died,” her brother Yavuz Uçmaz told Times of Malta. “We are really thankful for the situation right now but it’s a long way for her to go back to how she was.”

The family decided to share their story to raise awareness of the dangers of riding e-scooters without a helmet. According to the law, e-scooter riders must wear a high visibility vest at night – but a helmet is merely recommended.

The Turkish woman had been living and working in Malta for over a year as an administrative officer with a local company when the accident happened. 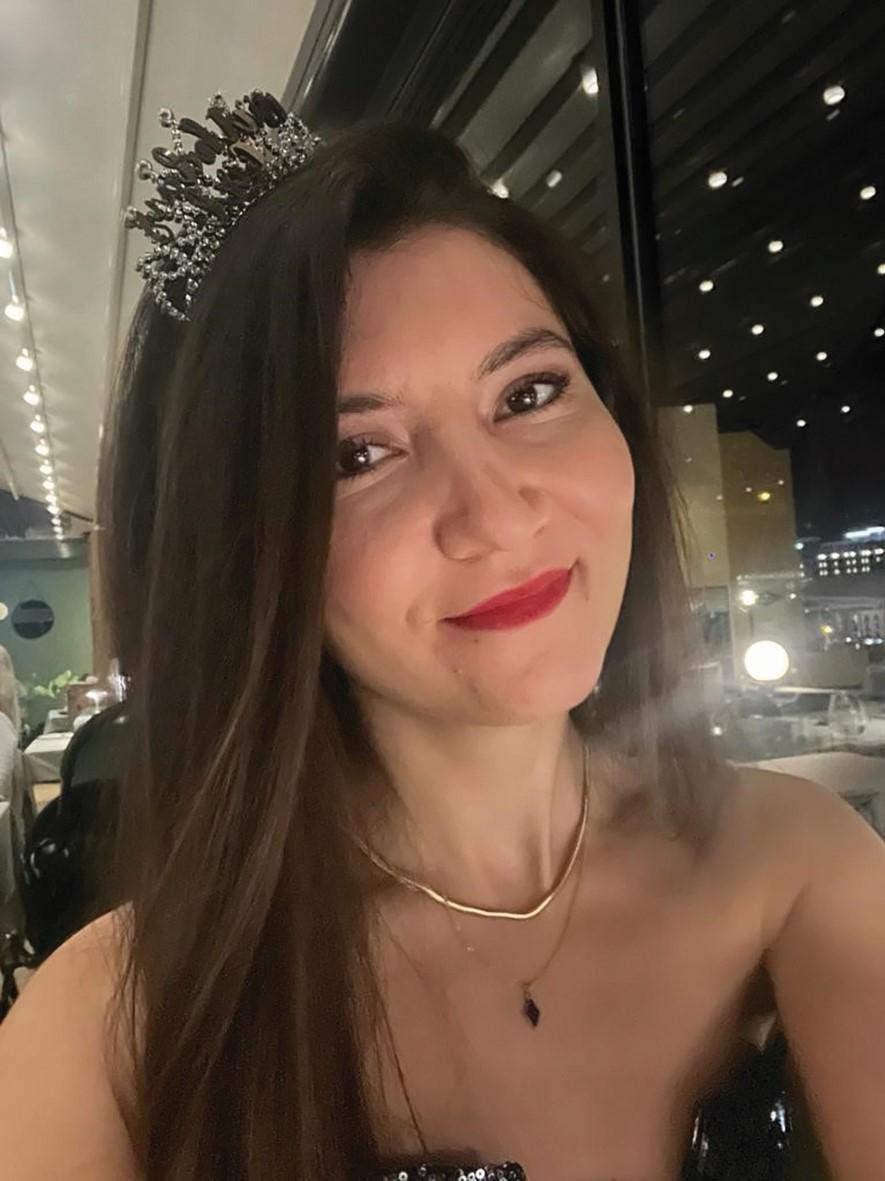 Her older sister, Meral, said she was shocked to find out her sister had even hired the scooter.

“It was not normal for her to use the scooter, she was afraid of scooters,” she said.

The accident happened at 3.45am close to the St Julian’s police station so help for the woman quickly arrived.

An ambulance took her to Mater Dei Hospital, where she was certified as having sustained serious injuries and was operated on shortly afterwards.

The family flew to Malta after being contacted by the Turkish Embassy and doctors told them that the injury to the head had resulted in a cerebral haemorrhage, with blood collecting in the brain tissue, pressing on the brain.

She had to undergo a craniectomy, an operation where a portion of the skull is removed to help relieve extra pressure on her brain.

'We were told she wouldn't talk or walk'

“It was a shock. We were told she would be a totally different person, that she wouldn’t be able to move her right side again, she wouldn’t walk or talk, or look after herself.”

Once her condition was stable, she was moved to a neurosurgery ward where her situation improved.

She began to slowly move her right arm and then her right leg, and then to say some words, improving slowly, surpassing all expectations.

A month after the accident, she was given her mobile phone, surprising everyone by remembering her passwords and how to use it. She started messaging with random words but using appropriate emojis, the siblings noticed.

“We don’t understand everything she says, but she is trying to speak, and every day the words that we understand are more than the day before,” they said.

We don’t understand everything she says, but she is trying to speak, and every day the words that we understand are more than the day before

Sumeyve’s siblings believe that had the scooter come with a helmet, it would have drastically reduced her risk of serious injury.

The family also hope that Sumeyve’s accident will bring about change and believe technology could be created to ensure e-scooter riders can’t travel without a helmet.

“It could prevent really deadly accidents like my sister’s” her brother said. “I know that they will do it eventually, but I hope not a lot of people will get hurt before they do that.”

According to police data, nine scooter accidents were reported between January and July this year, two fewer than the same period in 2021.

However, these figures may not reflect the true situation.

Consultant emergency physician Jonathan Joslin told Times of Malta that physicians are witnessing more accidents with the growing number of e-scooters on the roads.

He said helmets or other protective headgear for e-scooter drivers is crucial because the injuries that a scooter rider might sustain in an accident would be very similar to the injuries sustained by a motorcyclist.

“In an accident, these sorts of vehicles are likely to throw their driver forward, head-first onto the ground. Even if they drive at lower speeds, e-scooter drivers have a high prevalence of sustaining impact to the head, just like cyclists and motorcyclists.”

While e-scooters are a common sight on Malta’s roads, laws regulating them have only been in place since December 2019.

A spokesperson for Transport Malta said there are no concrete plans to make helmets mandatory but said it is collecting feedback from the public, operators and users on various aspects, and changes are not excluded.

A spokesperson for Seven Group Malta Ltd, the official agent of Bird scooters said it is the rider’s responsibility to wear a helmet and that it was unfortunate that the legislation does not consider the use of helmets.

“Without commenting on this specific incident, I refer you to the subsidiary legislation, which mentions that the rider has to carry a driving licence, be sober and wear a high visibility vest during the night,” he said.

“If the law is changed to include the proposed suggestions, the company will react accordingly.”

What does the law on e-scooters say?

Riders must be over 16 and have an AM licence for an e-scooter, which requires a passed theory test certificate;

E-scooters can be driven on footpaths, promenades, shared footpaths and pedestrian zones, but riders must give precedence to pedestrians; 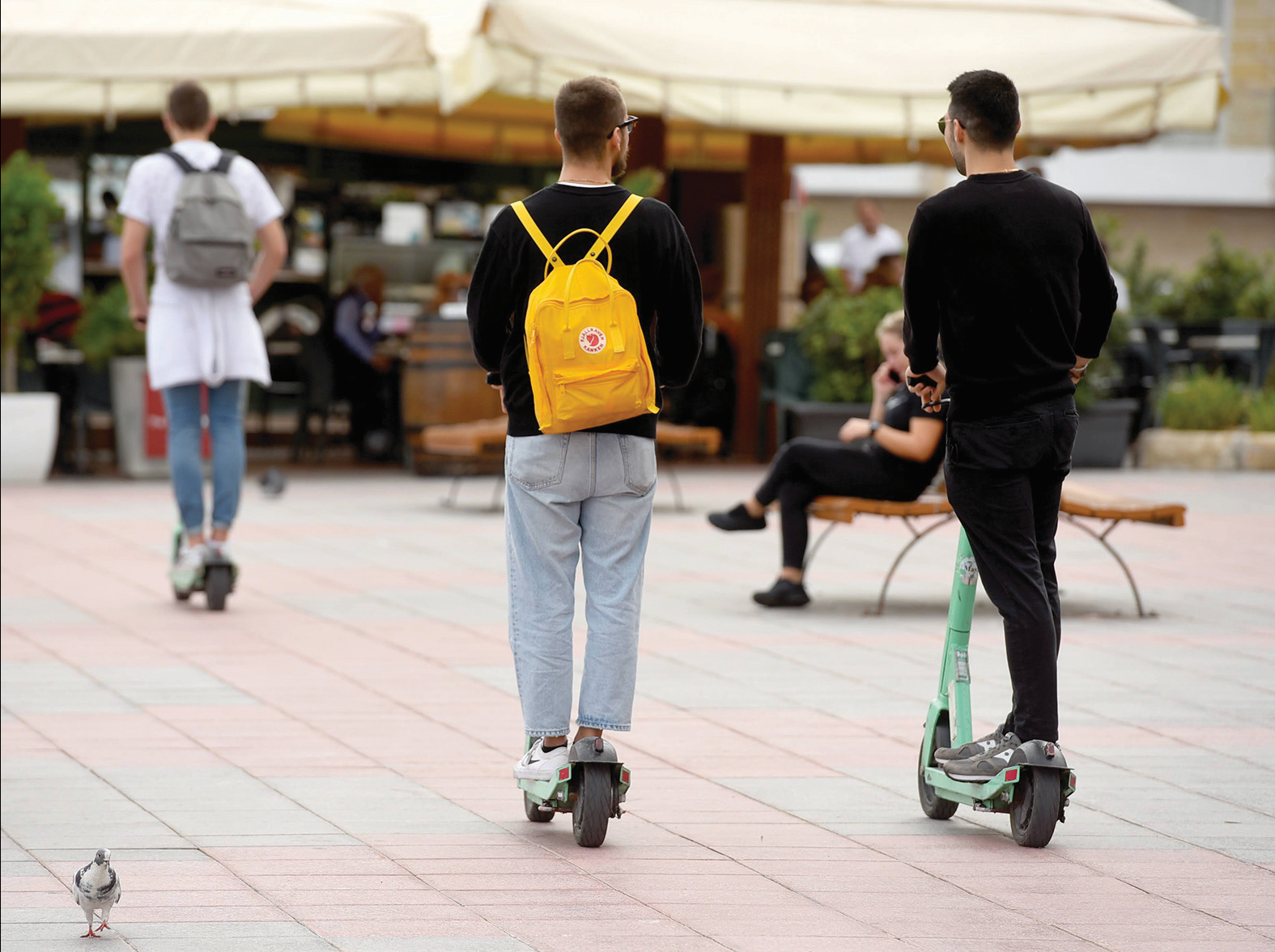 High visibility vests are mandatory for riders at night – but a helmet is not a legal requirement. Photo: Chris Sant Fournier

E-scooters are banned in a particular list of aerial and distributor roads, all tunnels, underpasses and any other areas indicated by signs;

E-scooters must have a maximum speed of 20 km/h on roads and 10 km/h on footpaths;

Only one person can ride at a time;

A high visibility vest is mandatory between sunset and sunrise;

Helmets are recommended but are not a legal requirement.