Maltese singer Aidan Cassar has been disqualified from participating in the Malta Eurovision Song Contest after the organisers said he had broken the festival regulations.

On Monday, a PBS representative confirmed with Times of Malta that the singer has been disqualified from participating in the Malta Eurovision Song Contest after uploading unauthorised social media posts.

An excerpt of the song from the first quarter final.

They did not specify the social media posts in question.

Contest rules state the following: "The publication of any social media post, promotion material, interviews or media presence/exposure from the announcement of the quarter finalists onwards is strictly prohibited. Any breach of this clause will lead to automatic disqualification."

The singer's social media profiles feature a number of posts promoting his entry into this year's festival. The most recent, dated January 20, was posted to his Instagram and Facebook accounts and featured a video of Aidan and his dancers practicing.

Aidan, one of the most popular singers in Malta, entered this year's festival with his song Reġina, a song in Maltese, English and Spanish.

The entry was considered among the favourite songs to represent Malta at this year's Eurovision Song Contest, to be held in Liverpool, UK.

By Monday afternoon, clips of Aidan's track Reġina were no longer available on the Eurovision Song Malta YouTube channel or Facebook page.

This is the second time Aidan participated in the song contest, after placing second with his song Ritmu last year. The singer was also involved, albeit indirectly, in Malta's participation in the 2022 Eurovision Song Contest itself, as he was the person to read out Malta's votes during the grand final. 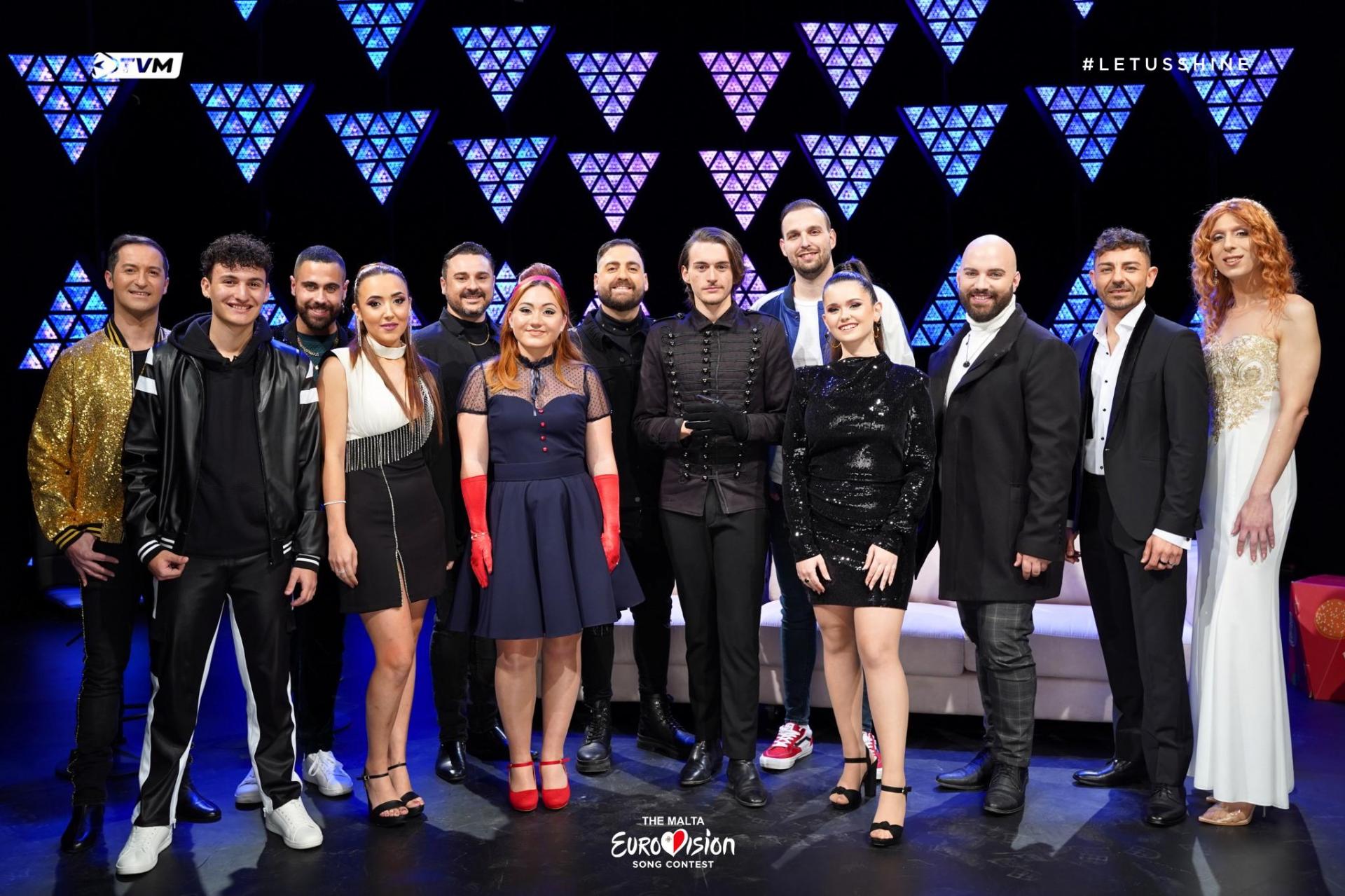 Aidan (sixth from right) with the other festival contenders.

The Malta Eurovision Song Contest kicked off on January 13, with Aidan performing in the first quarter-final.

A new format introduced this year will see the contest divided into four episodes over four weeks, where audiences will follow the 40 festival participants.

The semi-finalists will be chosen via televoting on February 3 during a live show on TVM.

On February 11, the winner will be chosen by jury and the public through televoting.

It is the second time that Aidan got into hot water. In 2021, local musicians had raised concerns that his song Naħseb Fik bore an uncanny resemblance to a dance track released by British electronic act Clean Bandit.