A slight tremor was felt in Gozo late on Tuesday night.

The University's seismic monitoring station, which has a recorder in Gozo, measured it at magnitude 3.4 on the Richter Scale.

The Seismic Monitoring and Research Group, in a brief statement shortly after, reported the tremor as being of magnitude 3.7. It was located near Gozo at around 10.24pm and was "felt clearly" in Gozo and northern Malta.

People who felt the tremor were asked to contact the group at seismic.research.um.edu.mt 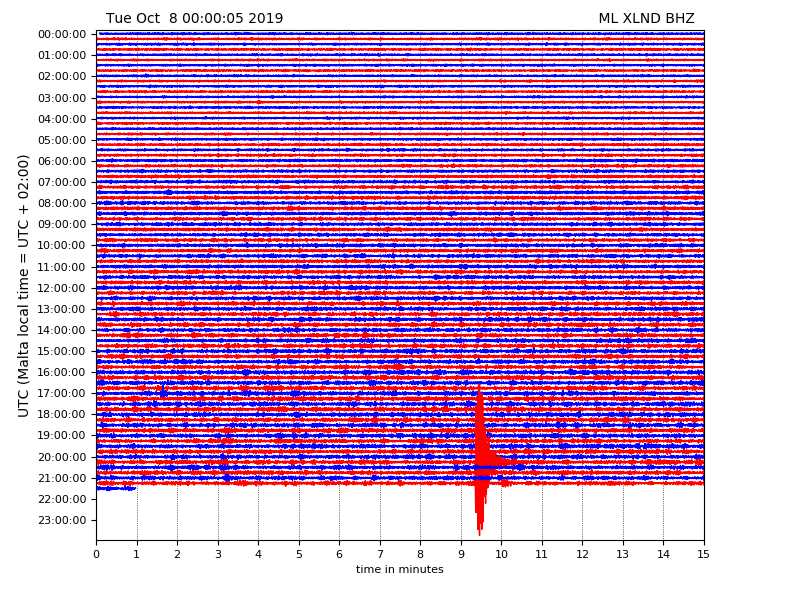 Slight tremors are not unusual, and several are felt each year.

But the last one of some note was a 4.4 magnitude tremor felt all over Malta and Gozo on January 13, 2016. It caused no damage, but generated quite a number of good-natured memes.

A minor earthquake in the afternoon of July 7, 2003 also caused some people to run out into the streets but caused no damage.

Older people also remember a panic in the streets when a tremor was felt across Malta just after 11pm on March 21, 1972.

Malta has, however, had its share of damaging seismic activity over the ages.

The most significant was that of 1693, which caused severe damage to buildings in Valletta and especially in Mdina. The cathedral was among the structures that were badly damaged. It was eventually demolished and replaced by the present building.