Sunny April weather proved too tempting for some on Good Friday, despite public health officials' pleas for people to remain indoors to help slow the coronavirus pandemic.

Scores of beachgoers were seen sunbathing at Golden Bay and Riviera beaches, taking advantage of clear skies on the Good Friday public holiday. One even ended up hospitalised.

People’s decision to head outdoors proved to be a headache for law enforcement officials who must police social distancing laws.

It is currently illegal for groups of four or more people to gather in public unless they all live under the same roof, with fines of €100 each for any law-breakers caught.

And with temperatures expected to reach 23 degrees Celcius over the next days, the police are bracing themselves for a long and busy Easter weekend.

Police were spotted walking through the sand dunes and along the beach at Riviera, speaking to groups of people. But fines were dished out elsewhere, a Home Affairs Ministry spokesperson said.

"No fines were issued at Riviera, because groups there were either families or of less than four," they said.

A police spokesperson said that officers were being kept busy on the traditional feast day. 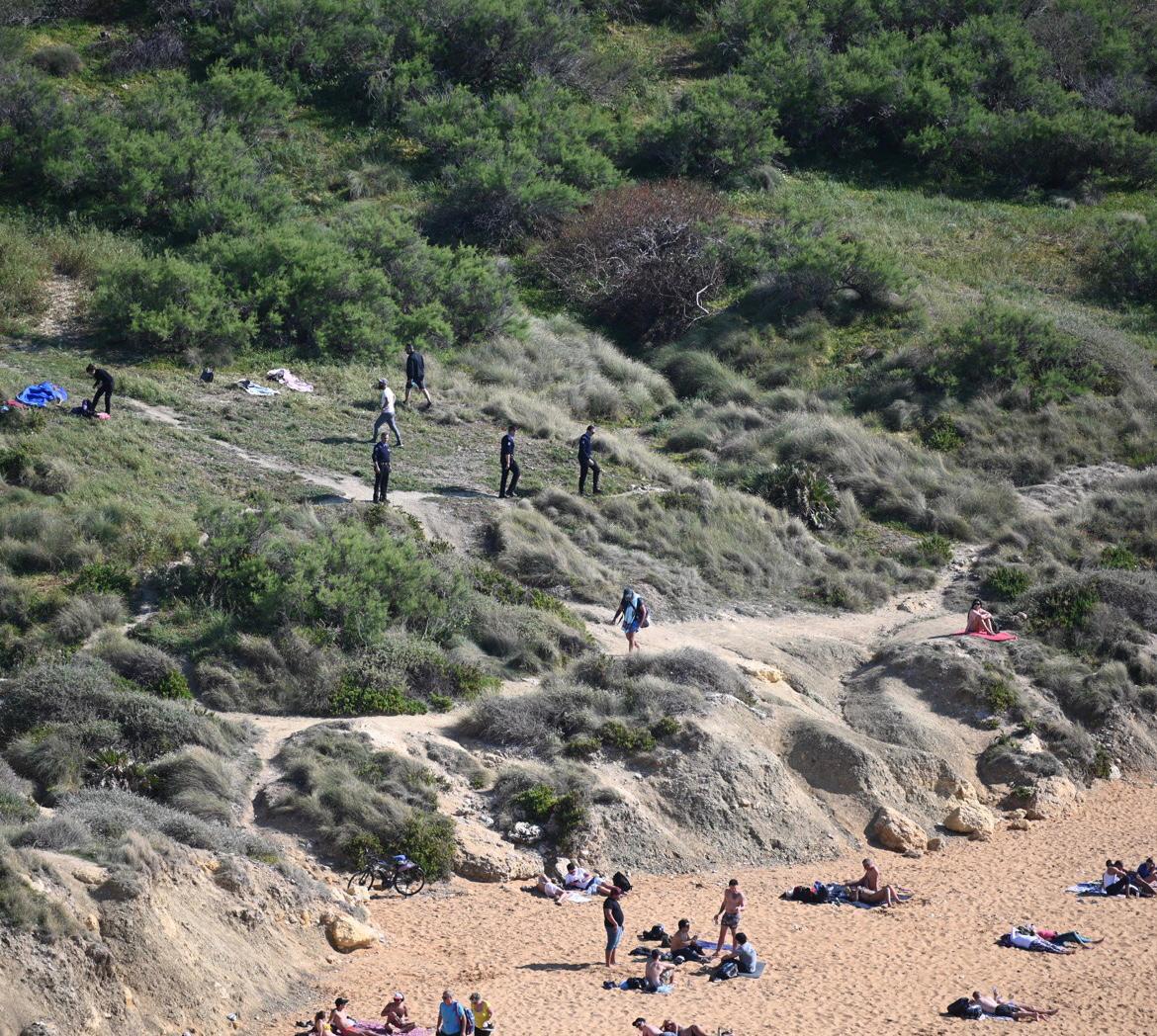 Police officers head down to Riviera Bay to check up on bathers. Photo: Mark Zammit Cordina

“On sunny days like today, they have their work cut out,” he said.

“Officers do rounds of key spots where they believe people will gather. That tends to be seaside spots – promenades, beaches and so on. They’re constantly on the go”.

Malta’s Met Office believes temperatures will continue to rise during the weekend all the way through to next Thursday.

These temperatures are normal for the month of April, sitting just above the average of 19.8°C. The highest known April temperature was recorded just over 35 years ago when April 9, 1985 saw a record temperature of 30.7°C. 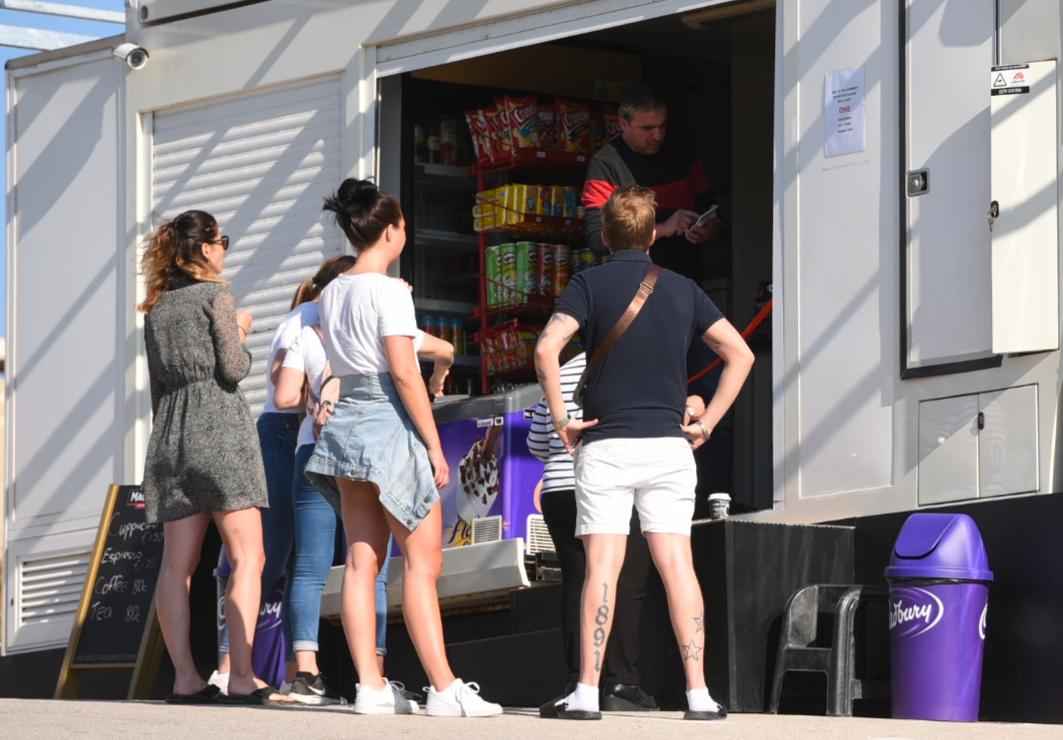 Public health authorities, concerned as they are about ensuring people remain indoors, will be hoping that prediction does not materialise.

While locals appear to have adapted to quarantine laws – just one person was caught breaching quarantine over the past six days – the same cannot be said about laws forbidding large groups in public.

Police have now issued 272 such fines, and it appears the average number of fines is gradually rising.

In the first four days of the law being passed, police issued an average of 11 fines a day. That average doubled, to 22 fines a day, between Monday and Thursday this week.

But even that number pales in comparison to last Sunday’s total, when officers issued 81 fines to groups of four or more gathered illegally in public.

The police spokesperson urged members of the public to stay indoors, and to do their part in reporting any law-breakers directly to the police.