The Labour Party has a lead of 23 percentage points over the Nationalist Party, according to a poll commissioned by Times of Malta, but more than one in three say they still do not know who they would vote for were an election to be held tomorrow.

The survey was conducted by EMCS, an advisory and market research firm, between June 9 and June 18 among 376 respondents. It has a margin of error of 5%.

Abela is seen as the ideal candidate to lead the PL but places second to Chris Fearne for ‘leadership qualities’, while Delia places fourth out of five suggested leaders for the PN. 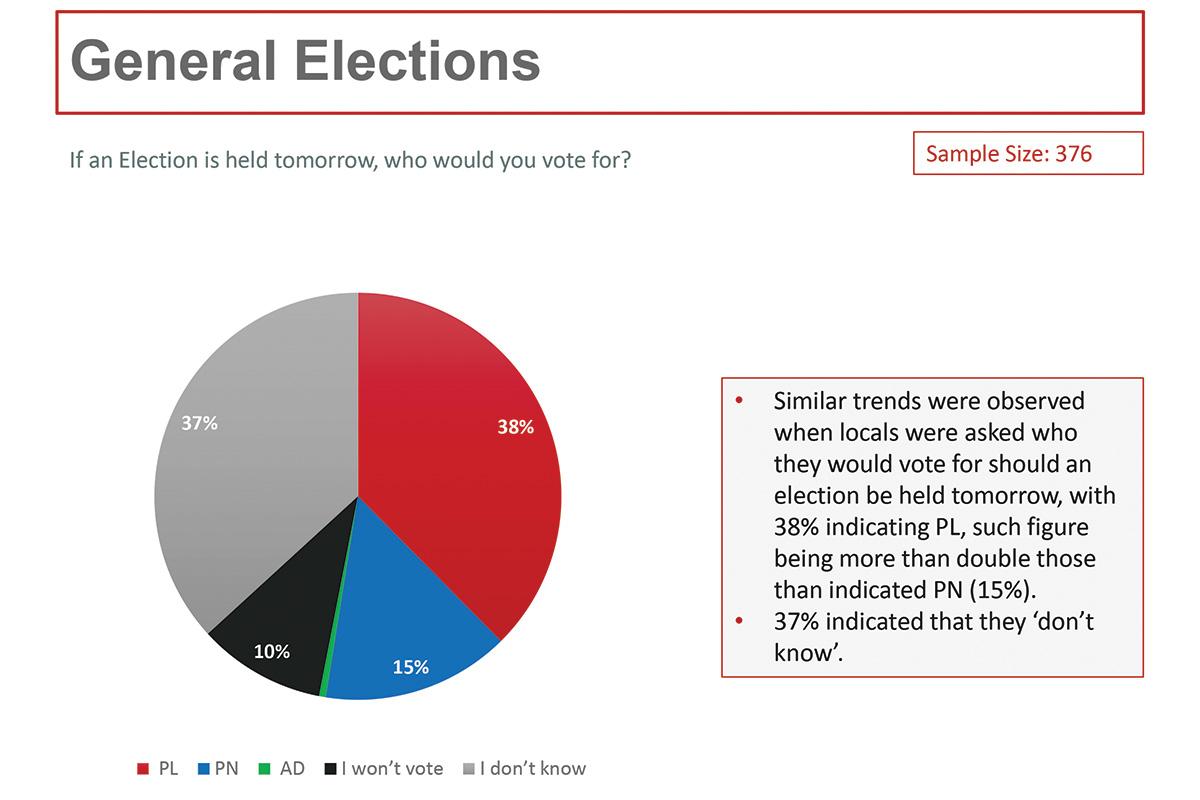 The survey was carried out before the Montenegro – 17 Black revelations which presented another political scandal for the relatively new prime minister.

Yet, the survey confirms trends seen in other polls with Labour holding steady ground while Delia remains relatively unpopular among PN supporters.

A total of 41% of respondents said they had voted PL in the last elections, 21% for the PN.

Just under half of all respondents, 45%, said they trust Abela, while only 11% trust the Nationalist Party leader. A total of 30% said that they trust neither of the two.

One in every six people refused to reply to this question.

78% believe the government should see its term through

When asked who they believed made the better leader, again Abela enjoys a strong lead.

A total of 49% said they felt positive about Abela’s leadership qualities, compared to just 16% who felt that way about Delia.

And back in the Labour camp, 69% felt Deputy Prime Minister Chris Fearne was a good leader, 20% more than Abela. 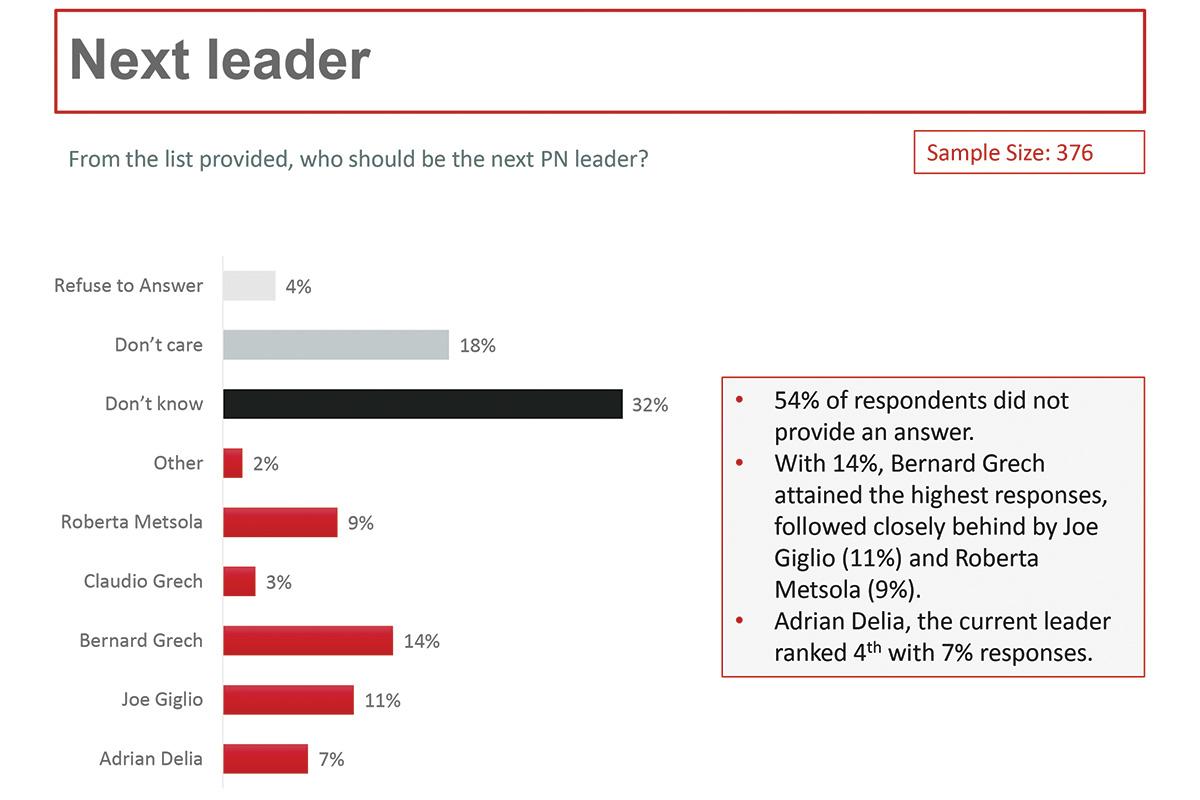 Who should lead the parties?

The survey also asked respondents who they felt should be the next leader of the PN.

Lawyer Bernard Grech was the most popular choice, with 14%, followed by another lawyer Joe Giglio (11%), then MEP Roberta Metsola at 9%. Just 7% said they would want Adrian Delia to stay on.

Of the five names provided, it was only MP Claudio Grech who was not preferred to Delia, with just 3 per cent saying they wanted him at the helm of the party.

As for the Labour Party, 42% believe Robert Abela is the ideal candidate to lead the party. His rival in this year’s leadership contest, Chris Fearne, got 19% backing. A total of 7% would prefer MEP Miriam Dalli and just 1% said they wanted Infrastructure Minister Ian Borg. 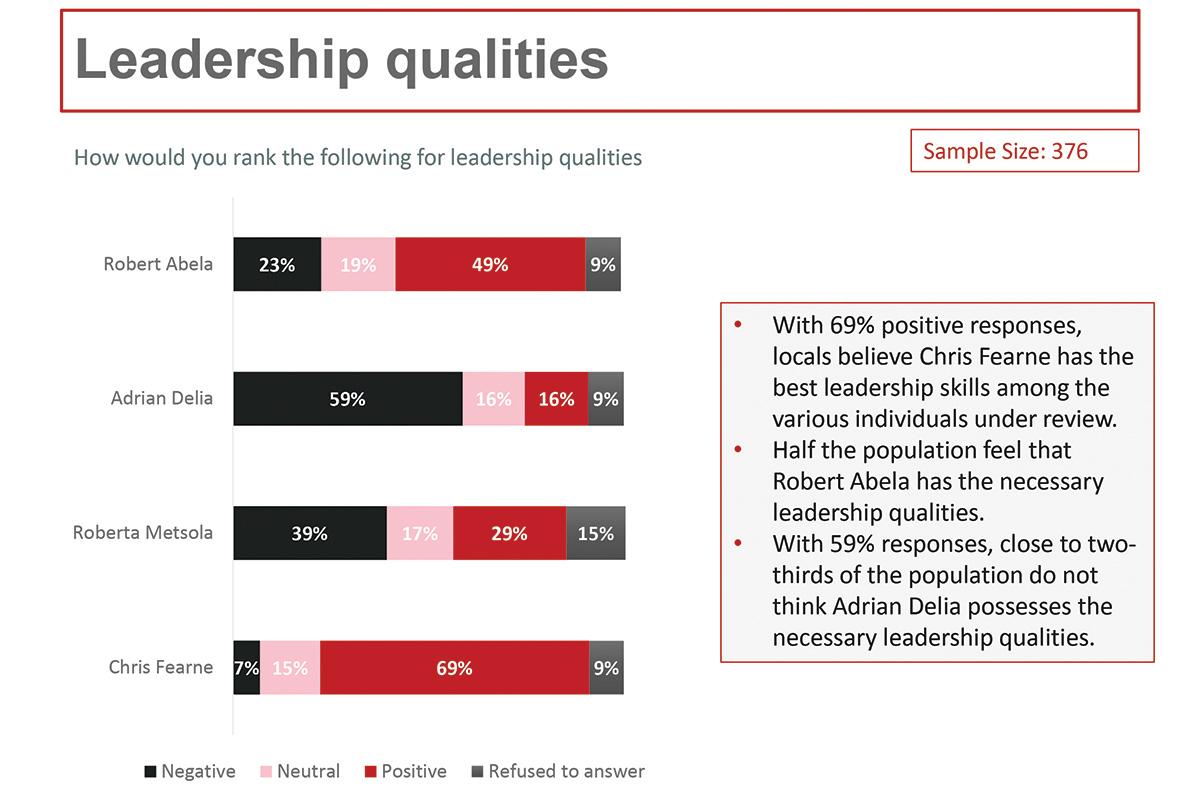 Next election… not for a while

The Maltese do not appear keen on an imminent election.

Malta already went to the polls prematurely in 2017, more than year before the election was meant to be held.

Asked if they had a clear idea who they would vote for were an election to be held tomorrow, nearly two in three said ‘yes’ with more than a quarter claiming they do not know who to vote for right now.

A quarter of the respondents said it was not important to them which party wins the next election. Yet, the survey confirmed that the Maltese remain keen voters, with 86% saying they feel it is their duty to cast their ballots.

Just over half (54%) of respondents said they do not know enough about the political parties in Malta. Some 38%, meanwhile, feel adequately informed and up-to-date on what is going on in the mainstream parties. Nearly two-thirds said that the parties had policies and ideas that they were on board with. A fifth of respondents, however, said they did not find much on which to agree with the parties.

Respondents seemed confident to be able to make up their own minds, with 88% saying they are not influenced by their family. 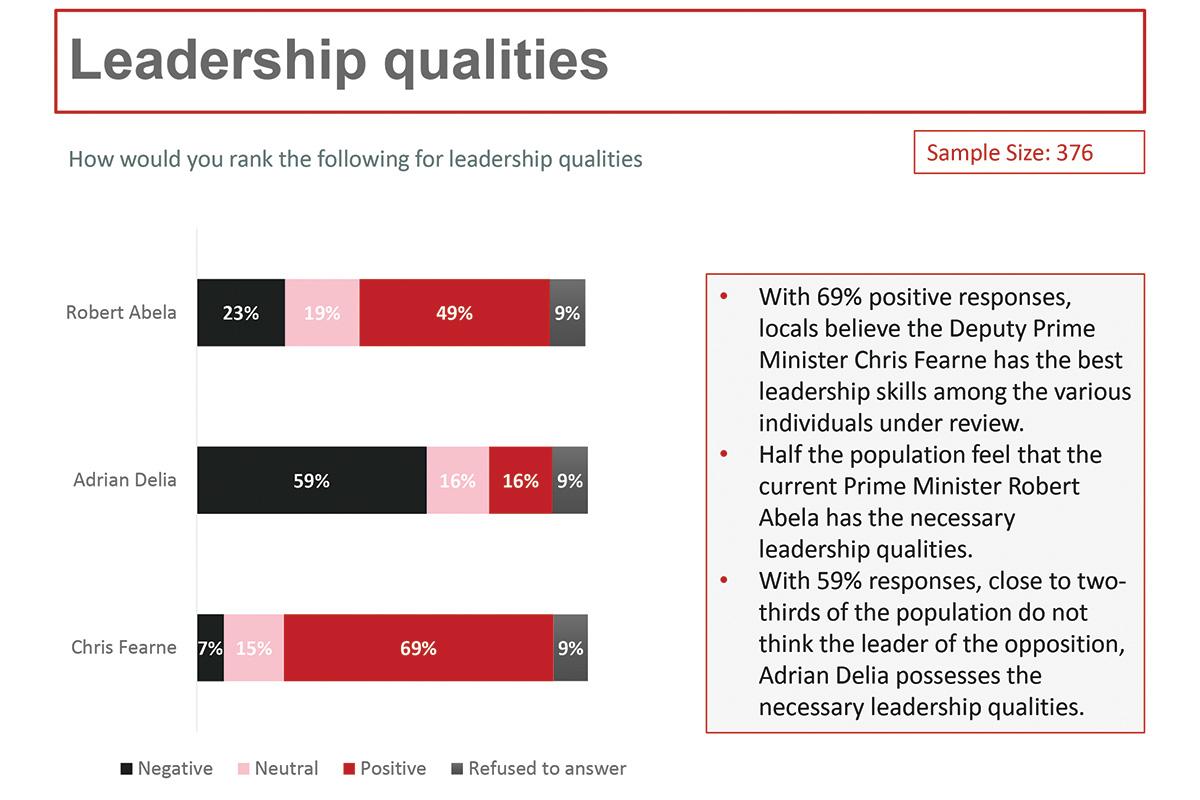