A migrant who was seriously injured on a construction site has claimed his boss dragged him from the back of a van and dumped him on a road, ordering him to tell police he was hit by a car.

Lamin Jaiteh spoke to Times of Malta from his hospital bed, where he is recovering from serious back and arm injuries after falling multiple storeys from a building in Mellieħa.

He claims his employer told him he would take him to hospital, but instead abandoned him on the road because he did not have a permit to work.

“I never thought anyone could treat a human being like that,” the 32-year-old said, through tears.

“I was in a lot of pain and crying – I thought I would die. He told me to tell the police I had been hit by a car. I asked him why are you treating me like this? And he responded ‘what else can I do’?” Lamin said. 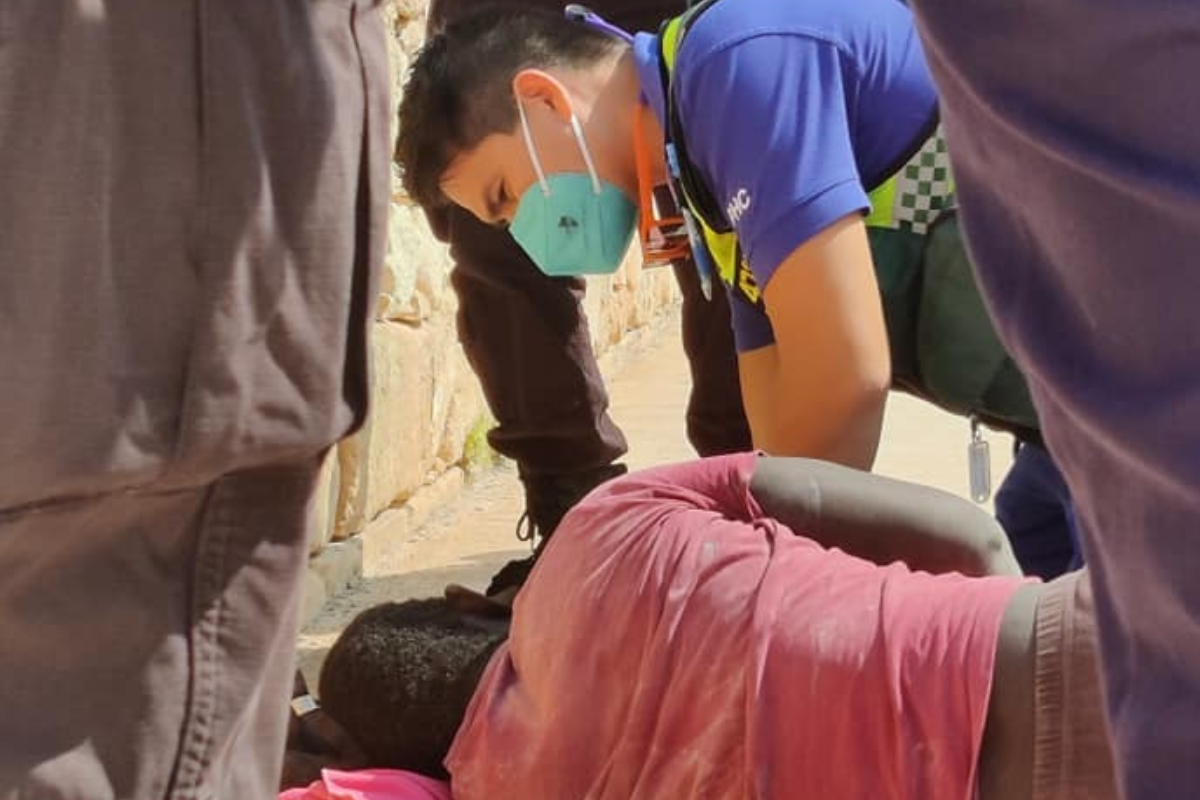 Jaiteh Lamin treated on the side of the road on Tuesday. Photo: Caroline Galea

Police have questioned contractor Glen Farrugia over the incident on Tuesday but no charges have so far been filed. Lawyers Franco Debono and Matthew Xuereb, representing Farrugia, told Times of Malta that their client denied all the claims and was cooperating with the police investigation.

The 32-year-old victim claimed he was left on the road and had to drag himself to safety on the footpath, where he was then found by people who stopped to help.

“He left me on the side of the road, and in a lot of pain, I dragged half of my body onto the pavement, because it was dangerous,” he said.

Sitting up with the help of a brace at Mater Dei hospital, the Gambian explained that after the fall, co-workers had placed him on a wide plank of wood as a stretcher and transported him to the back of the van. 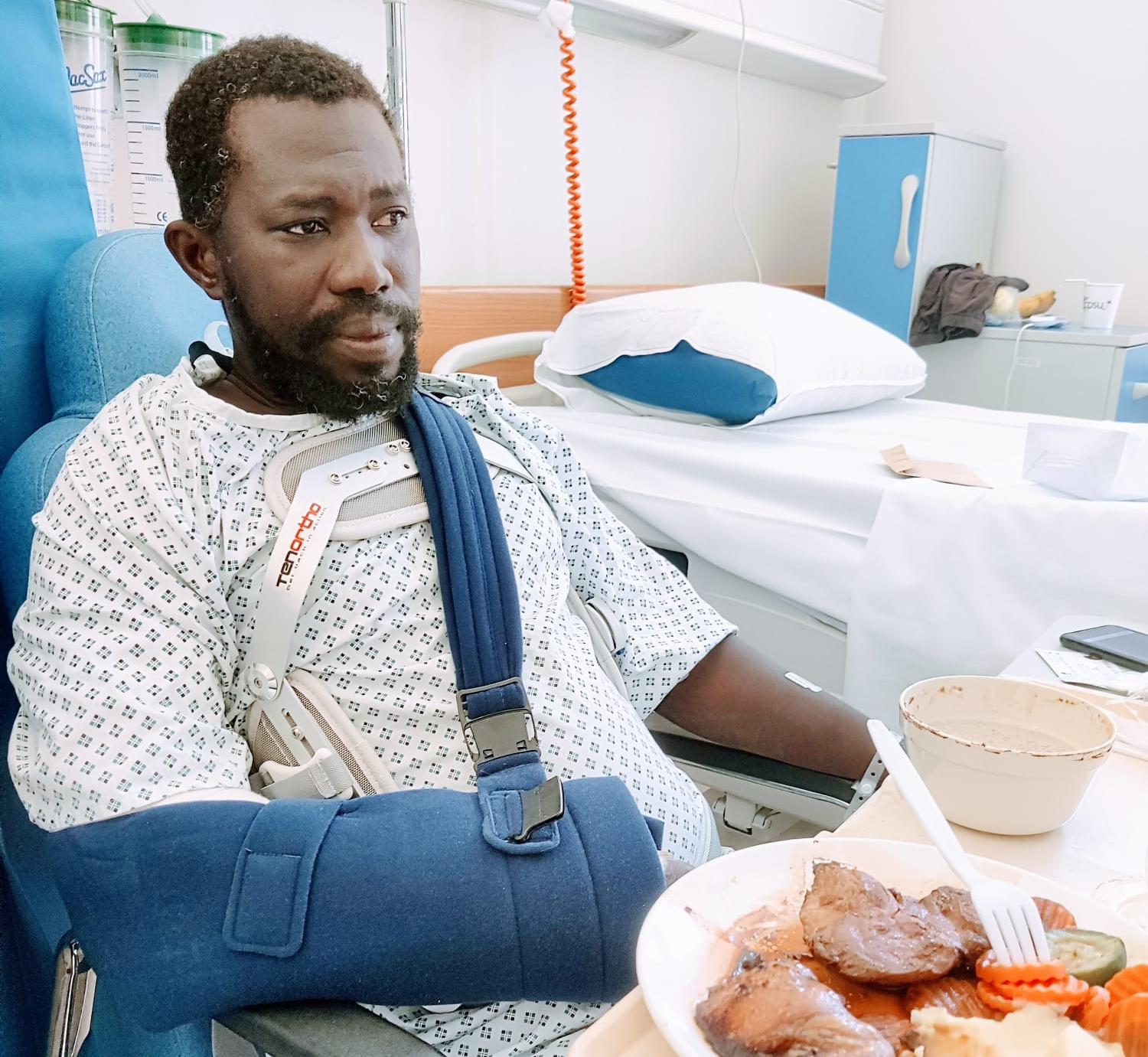 Despite his insistence, he claims Farrugia refused to call an ambulance at the scene of the fall, saying they would all ‘end in jail’.

He said he would take Lamin to the hospital himself, and then along the way, stopped the van and thrust him out on a road near Selmun.

“He was scared and forceful in the way he was grabbing me,” Lamin said in tears. 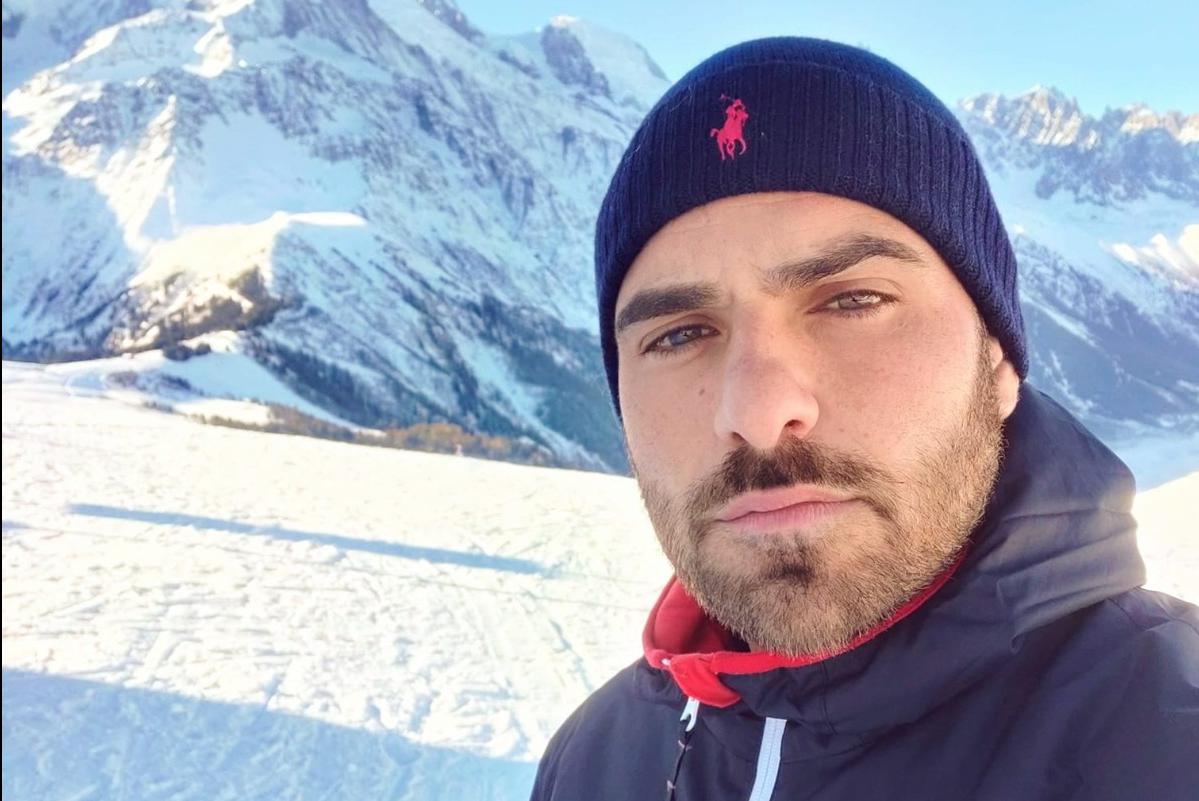 Glenn Farrugia has been questioned by police over the incident. Photo: Facebook

At least half an hour passed before he saw a couple of people passing by and he started to cry for help. The couple called an ambulance.

The morning of the incident, Farrugia had picked him up from a site in Mosta and had taken him to Mellieħa where he was told to clean the roof.

While he was working, he took a step backwards onto a piece of wood he thought was secured down, but which ended up slipping under his foot.

He fell backwards from the top of the building to the bottom and wood and debris started to fall on top of him.

He explained that a co-worker pulled him out in time before a lot of scaffolding equipment came tumbling down. 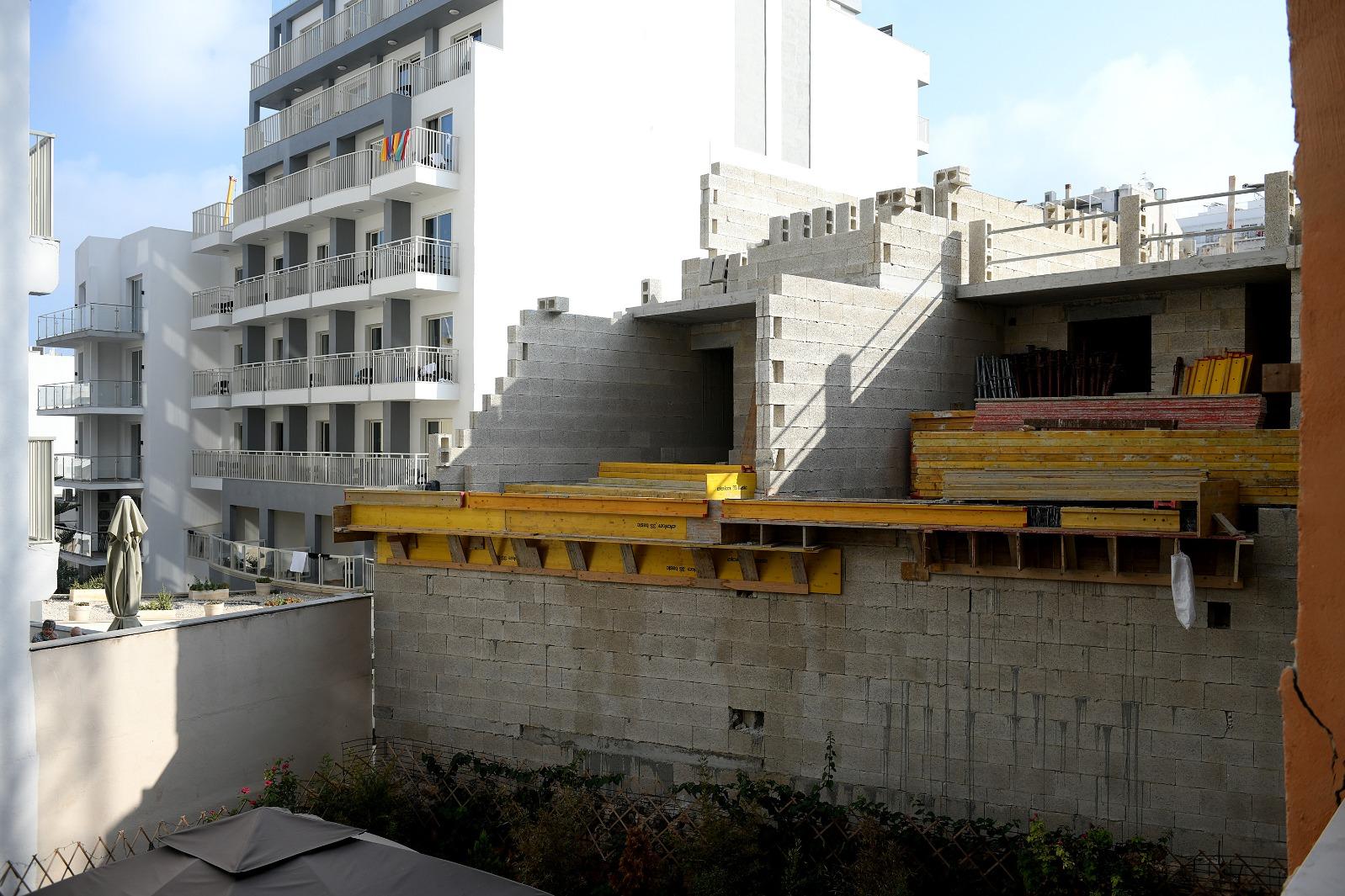 'If I don't work, who is going to feed my children?'

Lamin said he is still in agony and has been unable to sleep because of the pain. He is also worried he won’t be able to walk again, and be able to provide for his family back in Ghana.

“If I don’t work who is going to feed my children? Even if I have to stay like this for months it’s going to be tough because I won’t be able to help them,” he said.

Despite being granted refugee status in Italy, Lamin had not been able to find work for a year a half in Italy, before coming to Malta, where he has been working without a permit.

Migrants who are granted temporary protection or have documents from an EU country have the right to travel to another EU country for up to three months but are not allowed to work there. 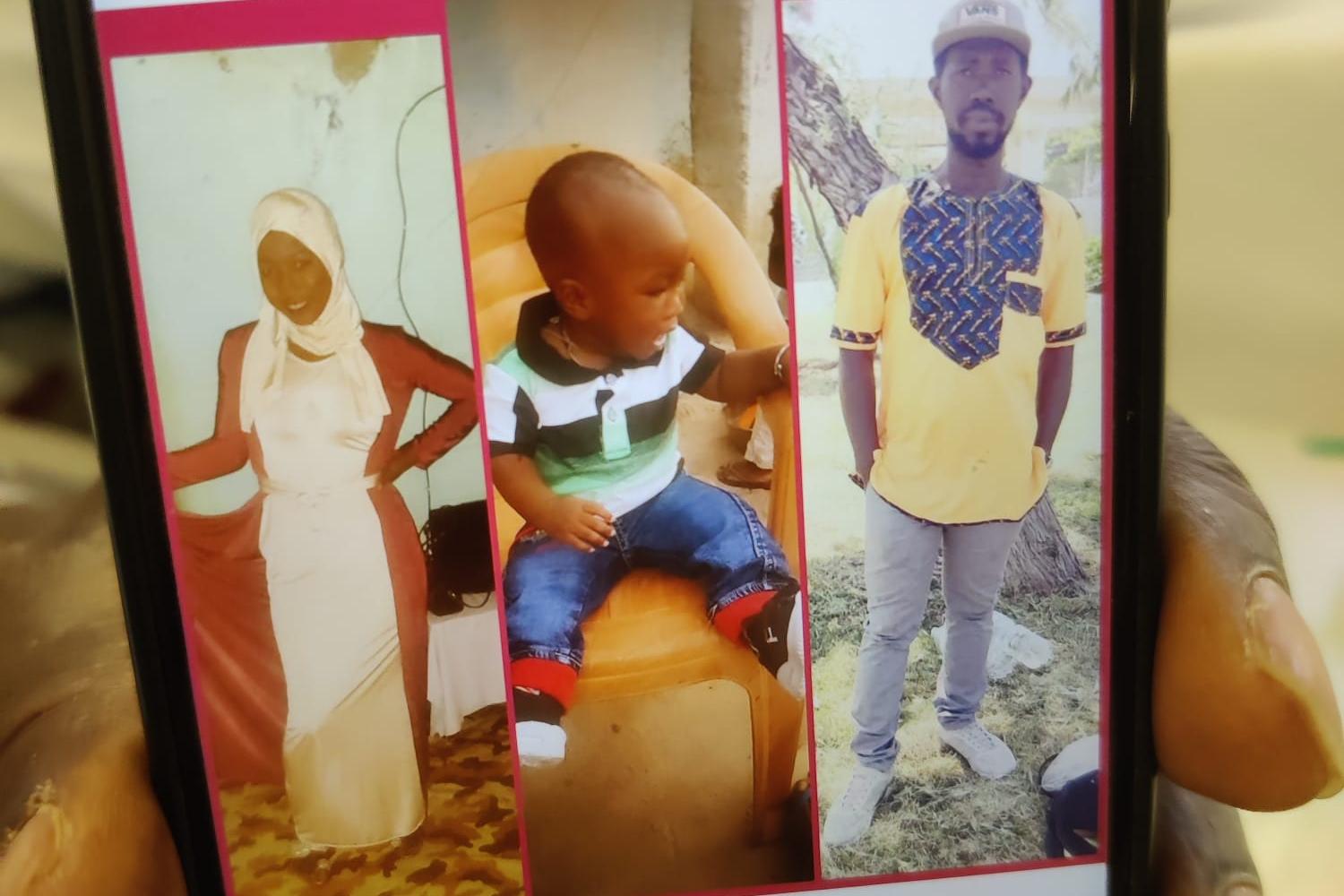 But Lamin explained that he was in a desperate situation to support his family.

“Having a family and no work for so long is not good. My father died when I was young and my mother has health problems, so I support her along with my wife and two sons,” he said.

A fundraiser to support Lamin and his family while he is in hospital has been set up by Caroline Galea, one of the people who had spotted him injured on the roadside.

Galea also visited the injured worker in hospital, where he thanked her and others who stopped to help him.