The charging of the Louvre’s former director in an antiquities trafficking investigation has shone a light on a vast, transnational criminal problem that remains fiendishly difficult to target.

Ancient burial grounds around the world have increasingly become “open-air supermarkets” for everyone from petty thieves to organised criminals, said Vincent Michel, professor of archaeology at the University of Poitiers in France.

He describes a “sophisticated chain” stretching from sites in unstable places such as Iraq, Syria and Libya – but also many other parts of the world – via transit countries to auction houses and private collectors in Europe and the United States, and increasingly Asia and the Gulf. 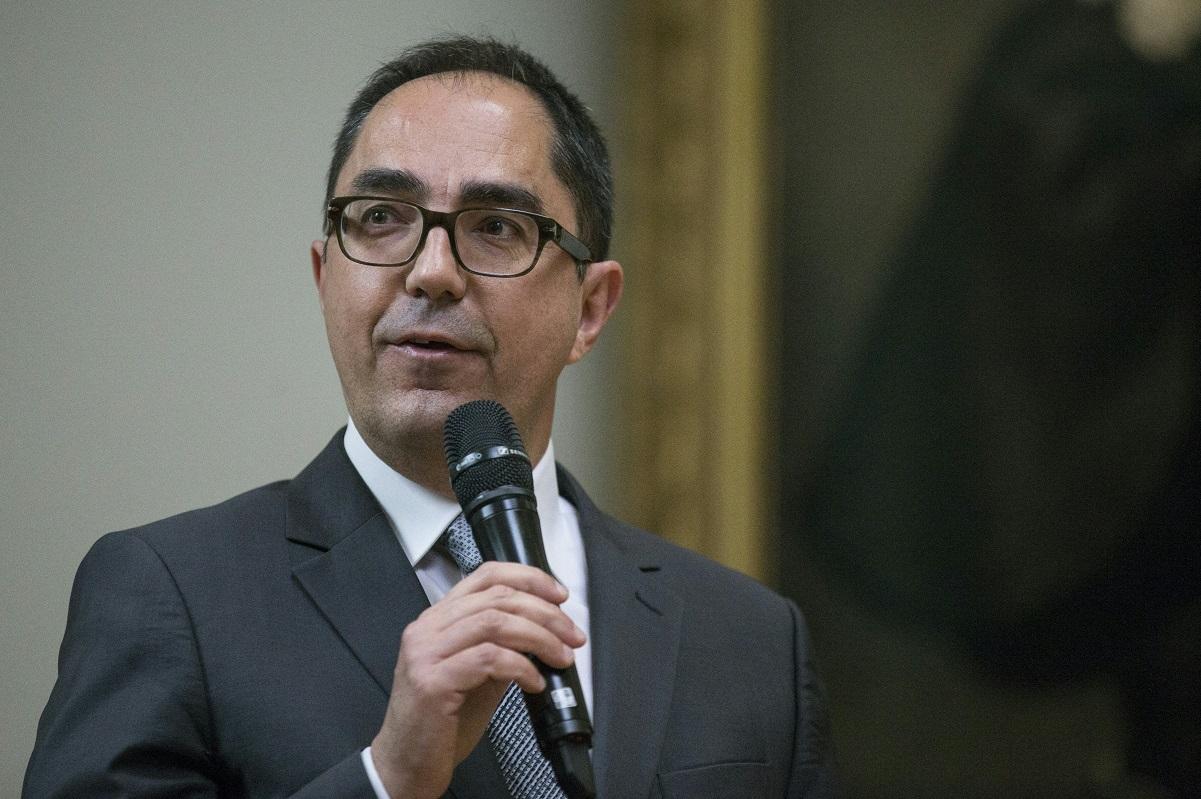 The ex-director of the Louvre in Paris, Jean-Luc Martinez, charged with trafficking in artefacts. Photo: Etienne Laurent/Pool /AFP

It is an illicit trade that “serves mafias, drug traffickers and terrorist groups, abusing collectors and museums with complete impunity”, said Michel.

The ex-director of the Louvre in Paris, Jean-Luc Martinez, was charged last week over the purchase of a pink granite stele depicting the pharaoh Tutankhamun and four other historic works for eight million euros ($8.5 million) by the museum’s branch in Abu Dhabi.

Martinez, who has strongly denied any wrongdoing, is accused of turning a blind eye to fake certificates of origin for the pieces, a fraud thought to involve several other art experts, according to French investigative weekly Canard Enchaine.

Such allegations are far from a rarity in the art world where the value of looted antiquities is thought to reach into the “tens or even hundreds of millions of euros” per year, according to Michel. 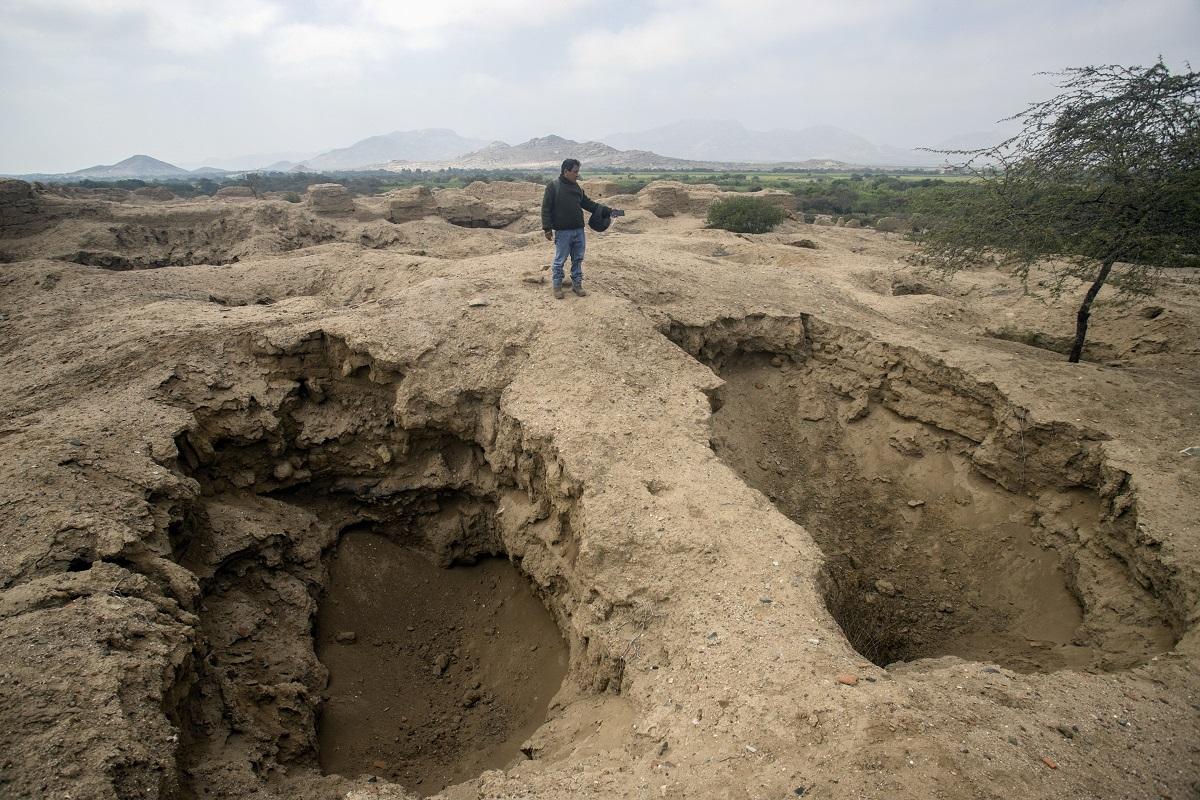 The caretaker of the site stands over cavities more than five metres deep left by grave robbers on the slopes of the Corbacho hill at the Zana valley, Lambayeque region, in northern Peru, on June 30, 2020. Photo: Julio Reano/AFP

He trains police, judges and customs officials to help counter the trade but resources are notoriously limited in the sector, and he has called for deeper public awareness and a more concerted interdisciplinary fight.

“This transnational crime feeds a predatory economy that undermines our national security. It is also an irreversible attack on heritage because a looted object, taken out of its context, loses all scientific value,” Michel said.

The COVID-19 pandemic has only deepened the challenge.

Egyptian authorities say the number of illegal digs jumped massively in recent years to hit 8,960 in 2020.

Looters use metal detectors to hunt gold, silver and bronze items, often stored in perfect condition in tombs thanks to the arid climate. 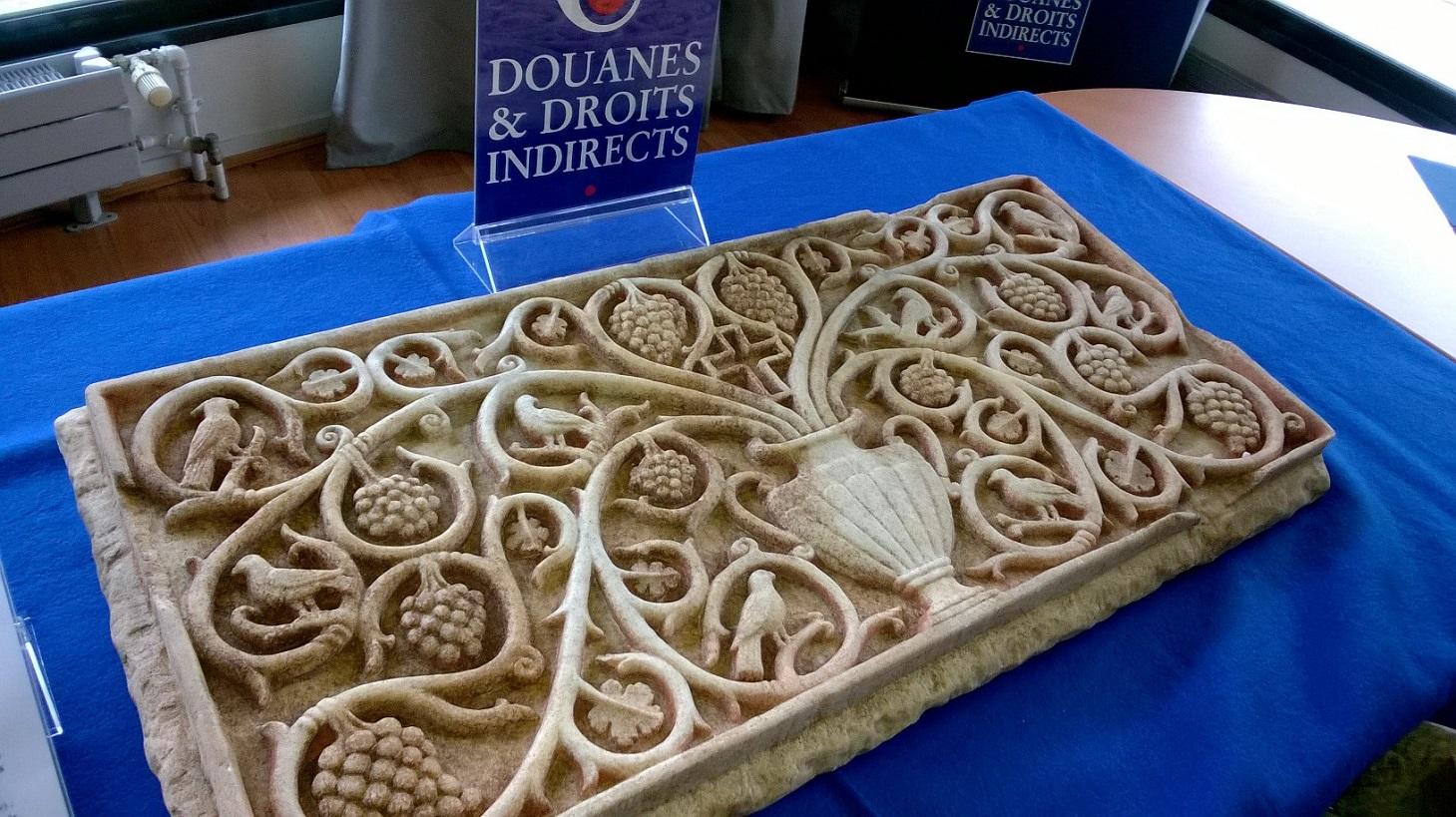 A marble bas-relief of the Euphrates valley, likely to be from the looting of the heritage of Syria at war, seized by the French customs on March 10, 2016, at the Roissy-Charles de Gaulle airport, near Paris. Photo: Myriam Lemetayer/AFP

But the problem is not limited to poorer countries.

France has seen an uptick in looting from archaeological sites, said Xavier Delestre, who works for the regional cultural authorities based in Marseilles.

Lower-value items ended up on social media and online stores.

Michel said counterfeiters are “incredibly ingenious” when it comes to masking the illicit origin of items, creating documents with a careful mix of false and true information, fabricating false export permits or purchase invoices – even UNESCO certificates.

Once reintroduced into the legal market, “a looted item is almost undetectable”, he added. 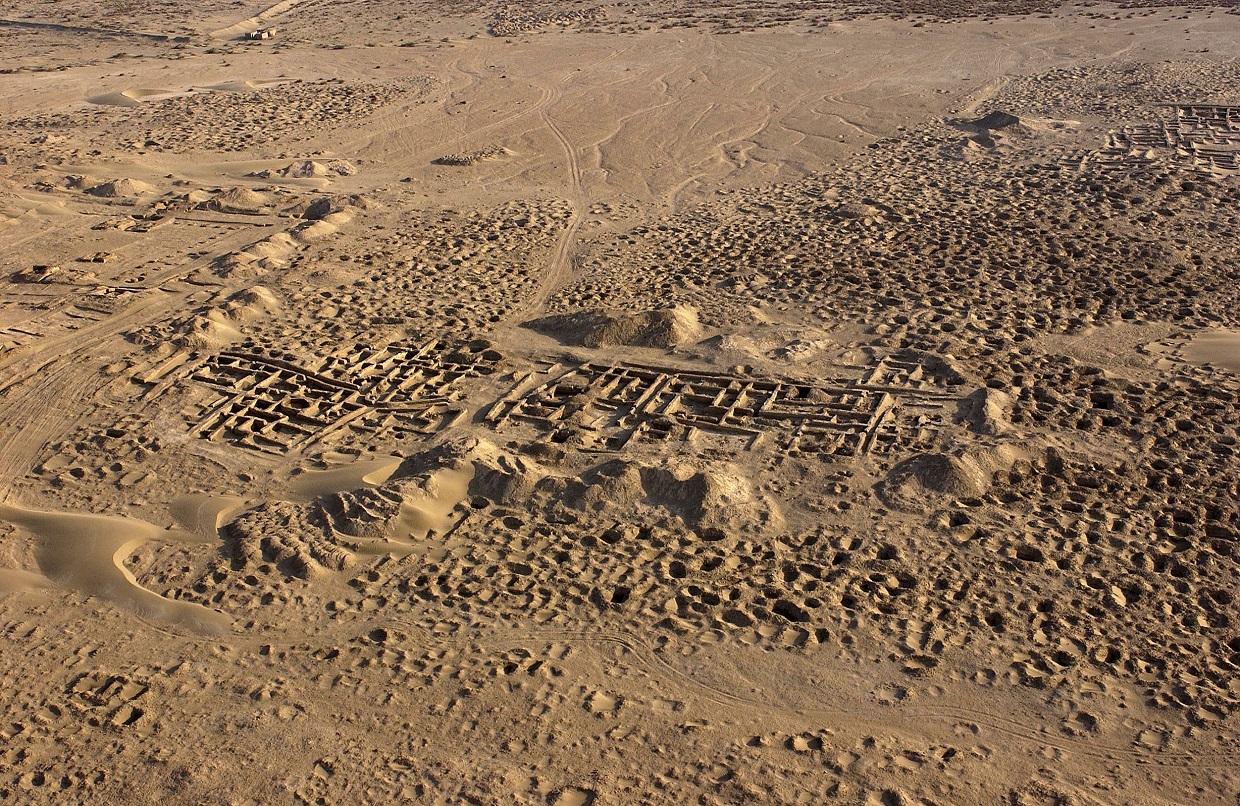 Internet sales have made it even harder for law enforcement officials to trace criminals and keep a handle on the problem.

A 2019 report by US counter-trafficking organisation ATHAR tracked 95 Arabic-language Facebook groups specialising in antiquities trafficking, with a total of nearly two million members.