Ms Muscat’s testimony was published for the first time on Tuesday together with the rest of the 1,500-page inquiry report made public by Opposition leader Adrian Delia.

The inquiry was set up to investigate if the secret Panama company Egrant Inc was owned by the prime minister, his wife, or his family. It found no evidence to support the claim made by journalist Daphne Caruana Galizia that Ms Muscat owned Egrant.

Asked about that allegation during the inquiry, Ms Muscat said she was not the owner and had only heard the name Egrant in media reports.

'I am the owner of nothing'

"I am not the owner. I am the owner of nothing. The story is fabricated, it is a story that was purposely fabricated. I never had anything to do with any person there nor have I ever had companies or bank accounts abroad.

"The only bank accounts I have are in Malta, one at HSBC and another joint with my husband and children at Bank of Valletta," she said.

When asked by then-magistrate Aaron Bugeja whether she had ever signed any documents related to Egrant, Ms Muscat insisted she never had, adding that not only did she never sign anything but she also never had any discussions on such matters.

The inquiry also looked into allegations that a $400,000 loan payment was paid to Ms Muscat's business colleague Michelle Buttigieg's account from the sister of Pilatus Bank chairman Negarin Sadr Hashemenijad. No evidence was found to substantiate the claims.

'It really is a funny story'

Ms Muscat described the allegations published by Ms Caruana Galizia surrounding her “friend” as “hilarious” and insisted these were all “a fabrication”.

She went on to describe how her conversation with Ms Buttigieg on the allegations, which the pair had over WhatsApp, was one they had “with laughter”.

“It really is a funny story. Had it not been so serious that it brought me to court for the first time, it would really be a funny story.

“We have laughed about a lot of frivolities that have been written but had we not now come up to the limit I don’t think we would be here,” Ms Muscat said. 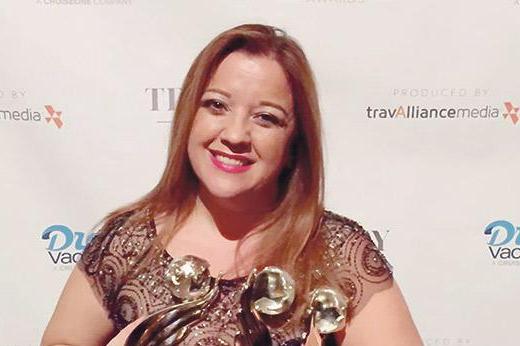 Michelle Muscat said she and her business partner Michelle Buttigieg 'laughed a lot' over the Egrant claims.

On her friendship with Ms Buttigieg, the prime minister’s wife said the pair became acquainted at the time when Ms Muscat worked for then-Opposition leader Alfred Sant.

“As his assistant, I was asked to organise a trip to New York with William Buttigieg [Ms Buttigieg’s husband] and that was how I came to know Ms Buttigieg.

“She’s Gozitan and lives in New York and she had this jewellery hobby, I too really love jewellery and I had told her that when she comes to Malta we would meet and talk a little,” Ms Muscat said.

She then went on to describe how the pair would organise “soirees” where they would hold talks about jewellery. There had also been times when these soirees would benefit NGOs she worked with, Ms Muscat said.

The prime minister’s wife however also insisted she only served as a “go-between” and would help clients who wanted to reach out Ms Buttigieg.

“On her website, since she lives in the US and has a New York address, she wrote that if people want to contact someone in Malta, they could contact me. I was a contact person meaning there was nothing more than that,” Ms Muscat said.