Plans to exclude certain regions in Italy, France, and Spain from the list of safe travel corridors opening on Wednesday have been scrapped with the government expected to announce flights to and from “entire countries”.

Government sources told Times of Malta that the change in policy had been given the green light over the past few days and would be announced in a legal notice expected to be published on Tuesday evening.

The airport will reopen to ‘safe corridors’ as of July 1, after it was shut to contain the COVID-19 virus pandemic. Malta will be one of the last EU member states to reopen its borders, with most other countries having already done so.

Malta has officially detailed 21 countries or regions that it will allow travel to from the beginning of July.

Just one week ago, the Polish region of Katowice was added to the list of exceptions. It is understood that too, will be lifted.

These areas had been left off the list of safe travel destinations due to high numbers of Coronavirus cases.

What is the COVID-19 situation in these regions?

Italy this week recorded its lowest COVID-19 death toll since late February. Lombardy remains the hardest-hit coronavirus region with 10,823 active cases. Piemonte is the second-worst region with 1,490 patients currently treated for coronavirus and Emilia Romagna is third with 1,032 active cases.

Spain has seen a rising number of new infections with several outbreaks reported, according to latest statistics. Madrid, however, which has had among the highest incidents of the virus, this week recorded its first day with no COVID-19 related deaths. Currently there are 22,256 active cases in the region. In Castilla-La Mancha there are 8,717 active cases. Catalonia has 29,224 active case.

In France there has been a downward trend in hospitalisation because of coronavirus. But the number of people who died from coronavirus infection in France, including in Ile-de-France has risen in recent days.

Poland has avoided the comparatively large number of deaths seen in Western Europe but earlier this month there was an outbreak in a mine in the Upper Silesia, which includes Katowice. 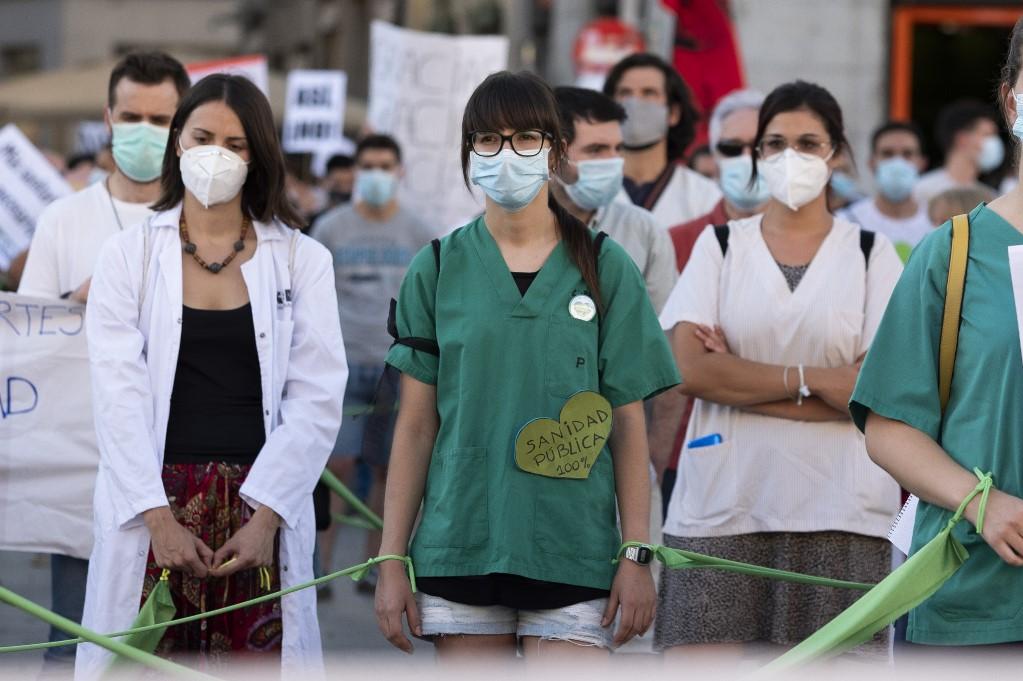 Nurses demonstrators for a free and universal health system on June 29, 2020 in Madrid, Spain. Spain's health care workers had to work under pressure during the Coronavirus (COVID-19) pandemic while the health care system was overloaded and unable to function efficient

Government sources said that Malta will instead be allowing travel to entire countries, without excluding particular regions.

On Monday, the Maltese Italian Chamber of Commerce said the decision to reopen travel to entire countries, was in part thanks to lobbying by the Embassy of Italy in Malta.

A spokesman for the Office of the Prime Minister said that an announcement would be made later on Tuesday. He said the government was being cautious despite moving to open travel to regions that are still considered COVID-19 hotspots.

The EU, he said, had advised Schengen member states to reopen internal borders by June 15 but Malta was still restricting travel to a number of member states, including the UK - the island’s biggest tourism market.

“We will continue to monitor the situation and of course amend the list of countries accordingly with the best interest of public safety in mind,” he said.

On Tuesday morning doctors urged tourism-related businesses to be vigilant as Malta prepares for the first tourist arrivals since the start of the pandemic.

Medical Association of Malta president Martin Balzan said that while doctors acknowledged that reopening the country to tourists was an economic necessity, it was important that tourism operators took precautions.