Twenty people admitted to hate speech charges in court on Friday after they posted inflammatory comments on Facebook.

The commenters were arraigned before Magistrate Ian Farrugia on Friday to answer to charges of hate speech after they posted comments under a video depicting a man who had been assaulted by a gang of foreign nationals.

The victim, 69-year-old pensioner Emmanuel Zammit, was last year stopped by three men who asked him for a cigarette. After replying that he did not smoke, he was held down, beaten and robbed, with the thieves making off with his phone and wallet, which only contained €40. 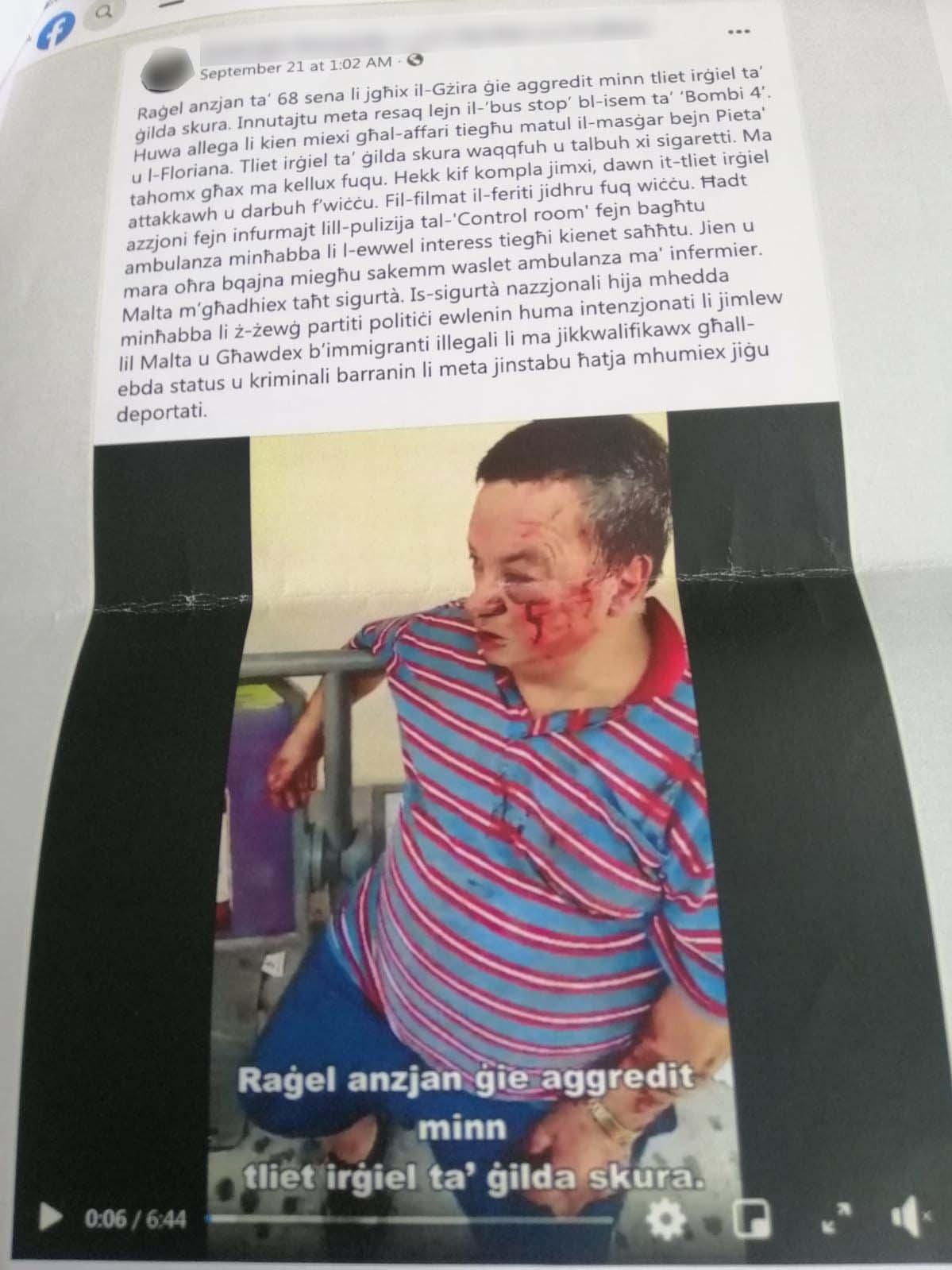 Zammit was later helped by bystanders who found him at the Porte des Bombes bus stop with a bruised and bloodied face, walking in a daze.

Police officers on patrol later arrested four individuals who matched the description of Zammit’s attackers, after receiving reports of a string of robberies in the area.

A video featuring Zammit just minutes later was then uploaded to Facebook. It stated that Zammit had been attacked by foreign nationals and prompted some heated comments on the social media platform.

One of the offending messages.

Some of the online comments mentioned in court ranged from those expressing that "bloody foreigners" should all be "chucked out before we start a war" to the more violent, which said "we should burn them all if they cross the line".

The accused present for the sitting admitted to the charges, for which the magistrate meted out suspended sentences ranging from 18 months to two years and fines which ranged from €150 to €500, based on the severity of the comments made, with a warning that further behaviour of the sort could land them “straight to prison”.

“The things you have said here are very serious. It’s okay to make comments and be critical but not to devolve into hate speech. For you, uttering a few words means nothing, but it could inspire other people and incite them to commit heinous acts. The country will be a much better place if we have less of this behaviour,” Farrugia said.

“The next time you go online I urge you to spread messages of good news, spread love instead of spewing hate.”