Justice Minister Owen Bonnici and Parliamentary Secretary Aaron Farrugia were trapped in a car taking them out of Parliament on Wednesday as protesters shouted "Mafia, Mafia" and banged on their vehicle.

A police inspector was injured when the car attempted to move off, appearing to run over her foot.

The car was eventually allowed to move off from the area in front of Parliament after former Opposition leader Simon Busuttil walked slowly in front of it, clearing the way.

Hundreds of anti-corruption protesters gathered outside parliament calling for justice for Daphne Caruana Galizia and calling ministers "clowns" after having earlier protested at Castille Square.

They sang the national anthem and held placards, including one that claimed: "The corrupt killed Daphne Caruana Galizia".

They called on Prime Minister Joseph Muscat to resign in the wake of the arrest of 17 Black owner Yorgen Fenech and his connections to the government.

Organised by civil society groups Occupy Justice, Repubblika, and Manueldelia.com, the protestors carried placards with pictures of murdered journalist Daphne Caruana Galizia. They shouted “assassins” and “get out”. 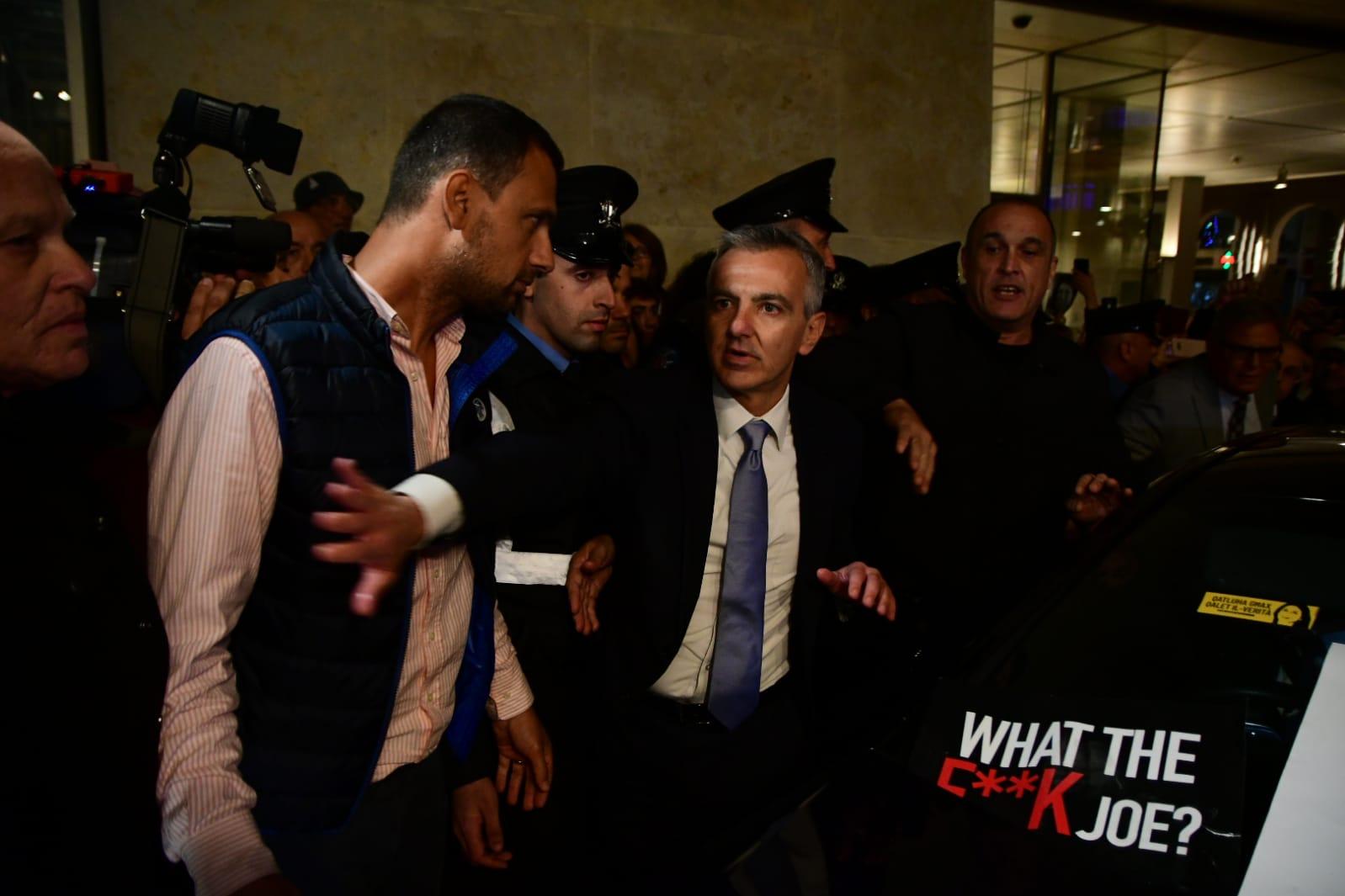 Blogger Manuel Delia told the crowd that it in the face of the collapse of the island’s institutions, the people had one last place to turn to - parliament. If Dr Muscat would not leave of his own free will, then MPs could get him out of office by voting him out.

He urged Labour MPs to put principle first when weighing up the situation.

“You do not risk bringing down the government as it has a strong majority,” he said, flanked by relatives of Daphne Caruana Galizia. 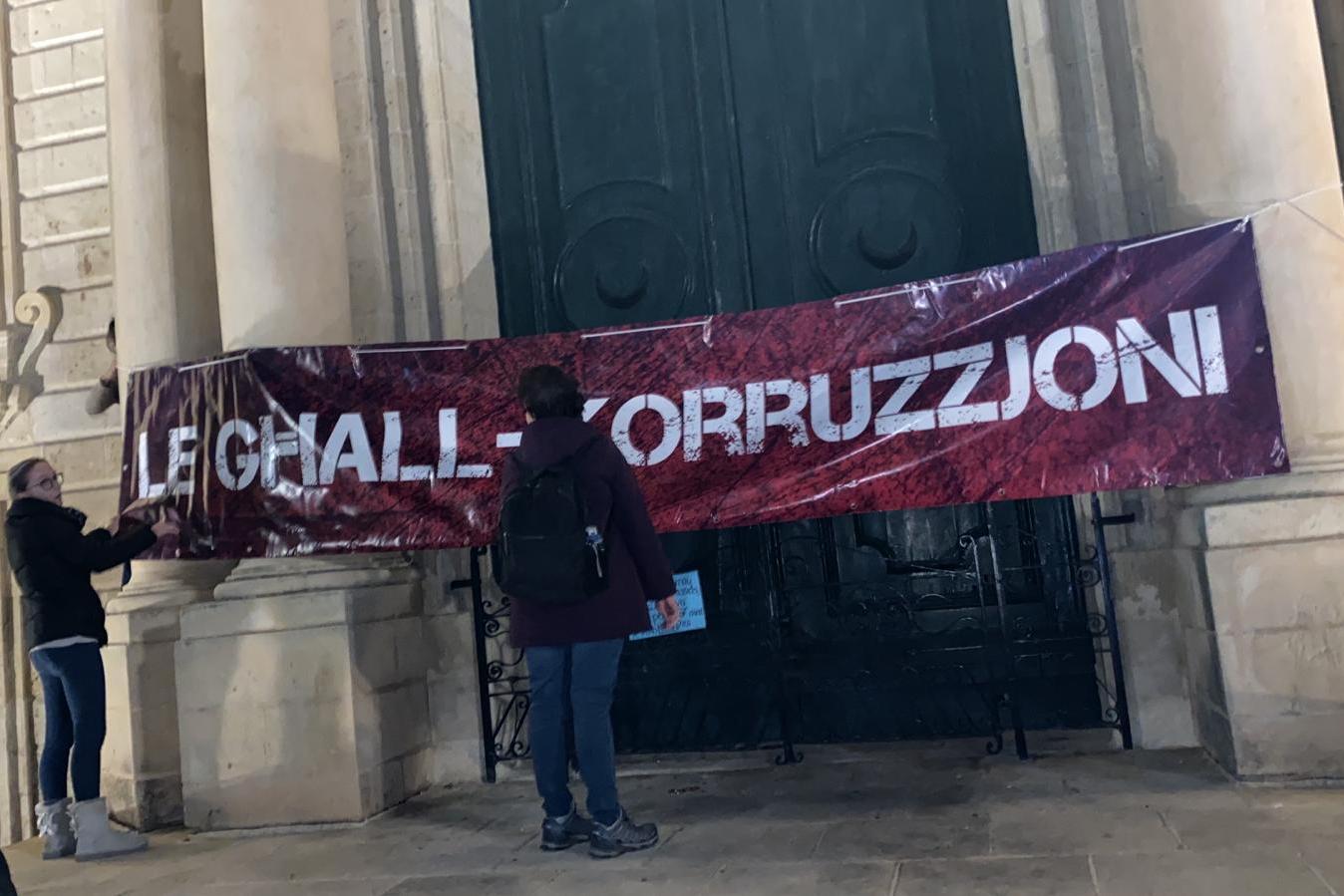 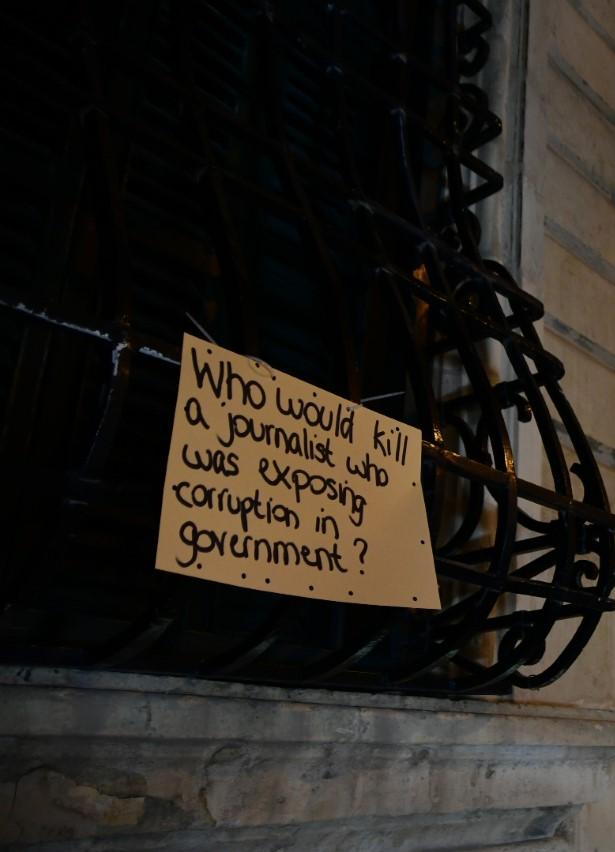 At the end of the protest, former leader of the Opposition Simon Busuttil walked up to the front door of the Auberge de Castille and placed a small placard which read “the truth will out”.

The protestors then walked to the makeshift memorial to the late journalist at the foot of the Great Siege Memorial.

They lit candles and shared memories of the late journalist and her work.

Many of those present then gathered outside Parliament where they chanted 'barra, barra' (out, out)  and 'Mafia, Mafia'.

Shortly after the protest, Beppe Fenech Adami, shadow minister for home affairs in a Facebook post expressed his solidarity with the injured police officer. 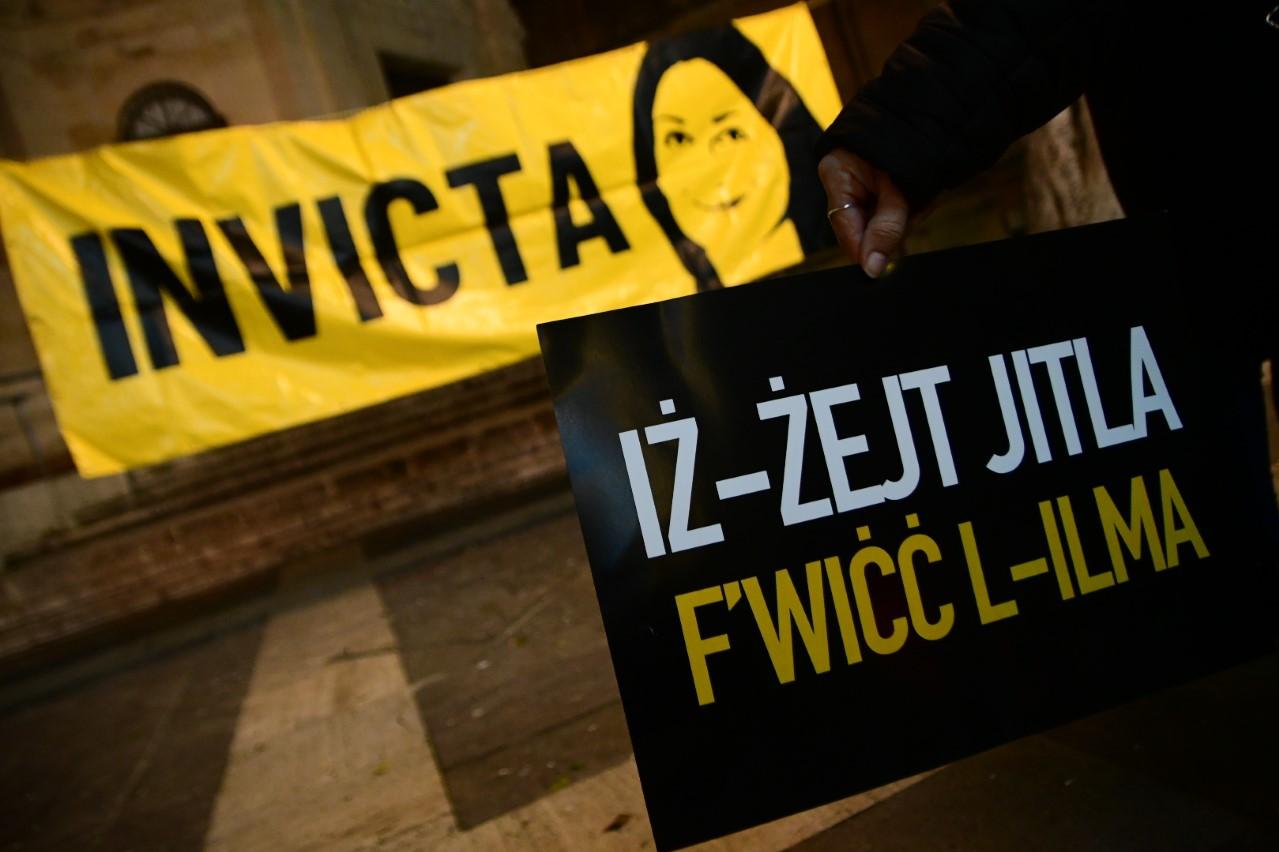