The vigil at the Great Siege Monument started at around 7pm on Thursday and carried through into Friday morning, Republic Day. Activists have used the monument to honour the memory of journalist Ms Caruana Galizia, who was murdered in October 2017.

People standing guard throughout the night said the police went to the site early in the morning and kept watch.

"They were very helpful and told us they were here to protect us," one said.

The initiative to guard the memorial was taken by a group of young people, Alessandra Dee Crespo, a member of Occupy Justice told Times of Malta.

"Occupy Justice didn't take the lead this time. We just dressed up the Memorial and we just 'handed it over' for the night. We are very glad that others, especially the young, are also taking ownership of the cause for truth and justice."

Daphne's memorial was created on October 18, 2017, two days after Ms Caruana Galizia was murdered in a car bomb outside her Bidnija home. People had laid flowers, candles and other tributes at the foot of Antonio Sciortino's Great Siege monument following a vigil.

A team of dedicated volunteers have since laid fresh candles and flowers at the site daily.

A court was told that it was Justice Minister Owen Bonnici who had ordered the monument to keep being cleared.

The memorial's caretakers have frequently been at loggerheads with public maintenance employees who clear the vigil during the night.

The constant clearing of the memorial has led blogger Manuel Delia to file a constitutional case contesting these actions.

The memorial was gated and closed off with hoarding in early November of last year, when Dr Bonnici said a decision had been taken to restore the monument. 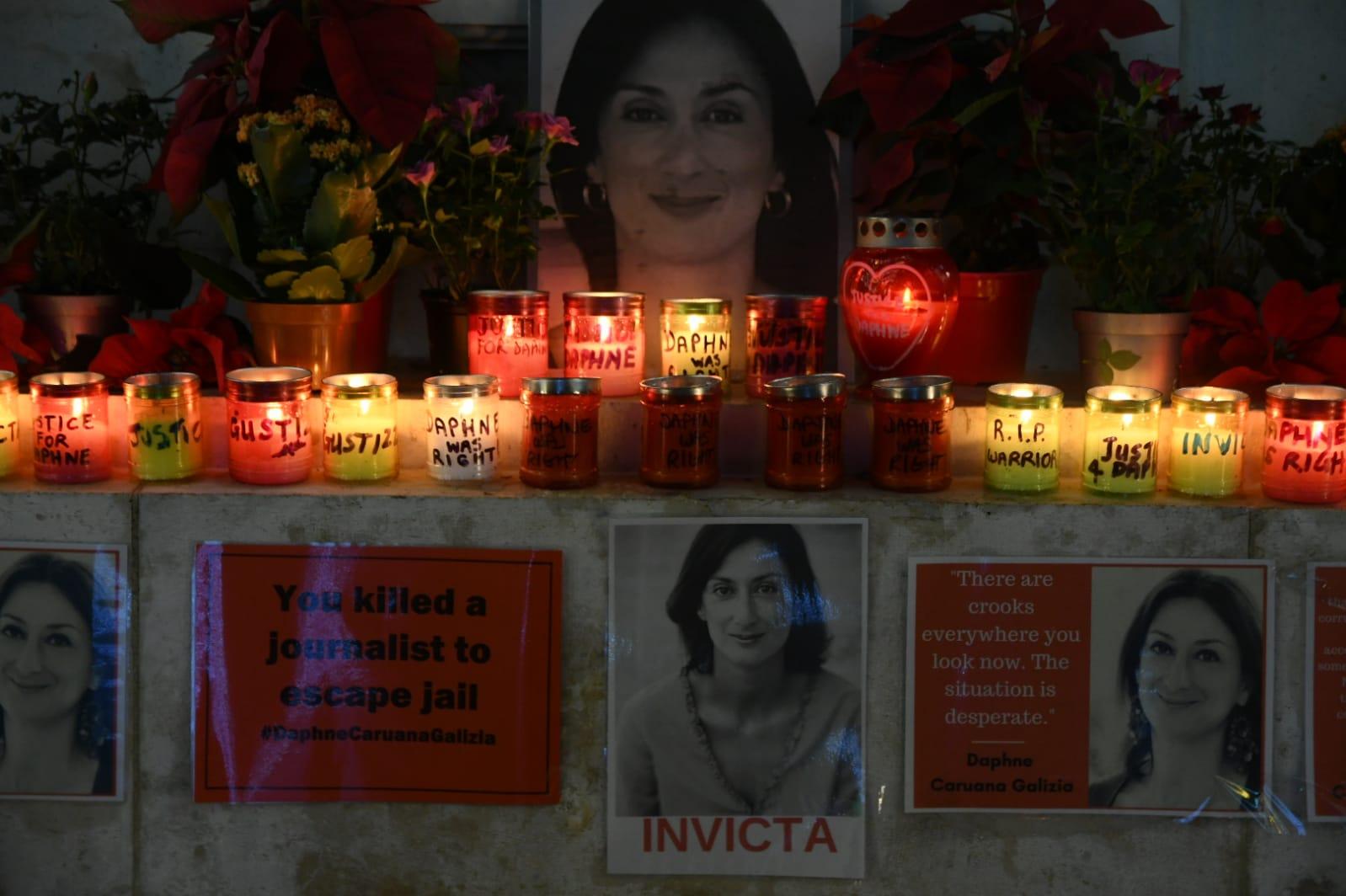 Meanwhile, volunteers continued to place tributes outside of the hoarding.

"It is not enough for the government that Daphne was physically obliterated for the words she wrote and for the truths she knew. They willfully destroy her memorial every day, killing her all over again," a statement sent in by the organisers said.

"We suspected why they did it, but now we know why they do it. Guilt. The Office of the Prime Minister is directly implicated in the assassination of a journalist." 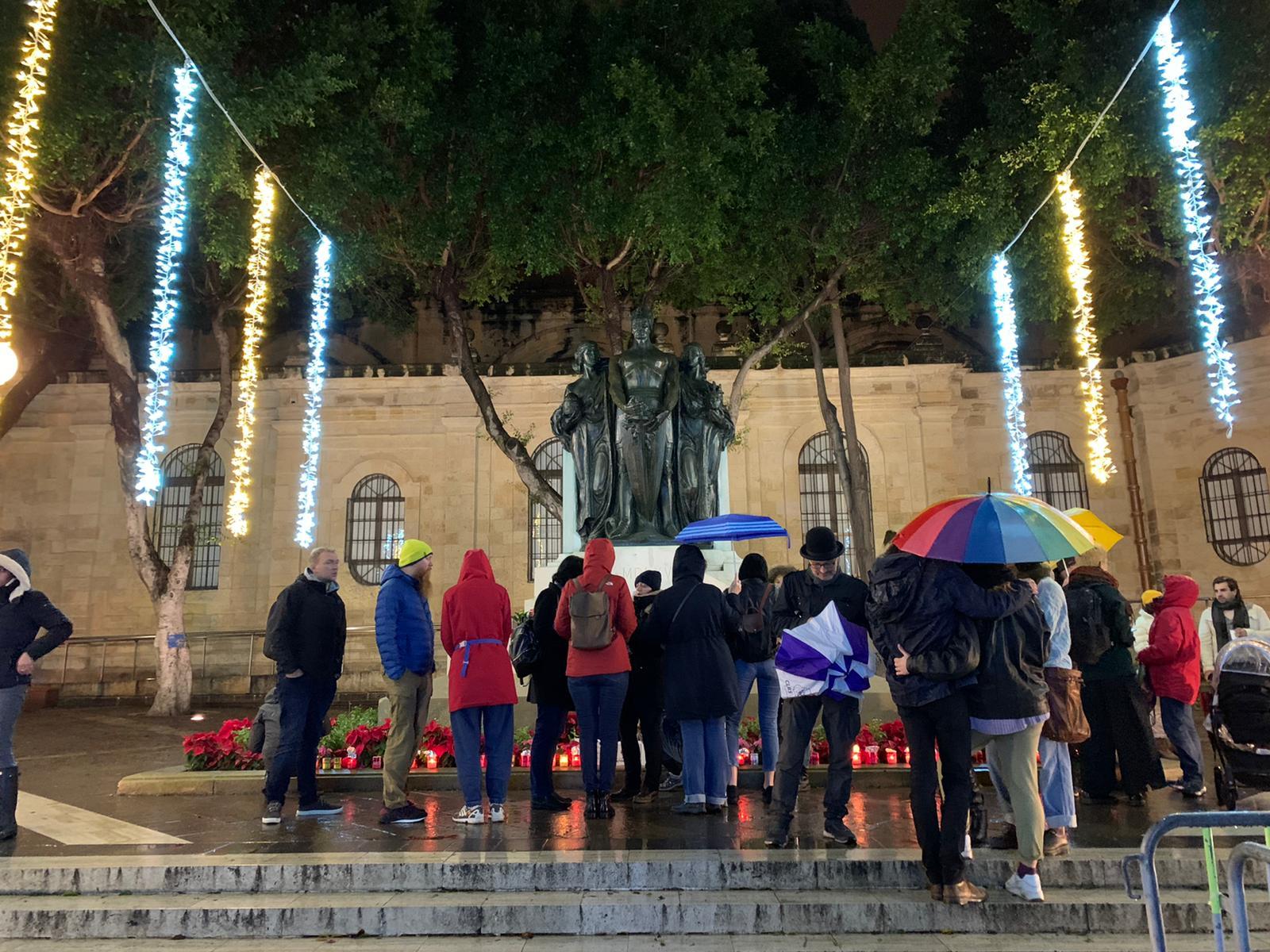 "To these men, our elected leaders, who fear flowers and candles, images and words, who dehumanise women, calling them violent protesters and traitors and worse, you are no longer our leaders," the statement, signed 'concerned citizens', read.

Those wishing to join in the vigil should dress warmly and prepare for rain, as well as to bring as blankets, cushions, chairs, impermeables, umbrellas, warm drinks, cups, power banks, food, flowers, candles, padlocks and tributes, the organisers said.

Workers clearing the memorial on Wednesday night said they were following “orders from above” when confronted by a German journalist.