Vandals on Friday again trashed items at a makeshift memorial in memory of assassinated journalist Daphne Caruana Galizia set up in Valletta, in what a protest group called an “act against democracy”.

The unnamed men threw away photos of Ms Caruana Galizia as well as a handwritten poster placed at the Great Siege Memorial opposite the law courts.

Activists gather at the site on the 16th of every month to remember Ms Caruana Galizia, renew calls for the people responsible for the October 2017 murder to be brought to justice and insist on a public inquiry into the circumstances leading to her murder.

Candles, flowers and other items left at the site to honour Ms Caruana Galizia’s memory are regularly swept away by government employees, and Culture Minister Owen Bonnici has in the past argued that having the memorial swept away after each commemoration is justified.

On Friday, it was civilians who took it upon themselves to desecrate the memorial.

Photographer Darrin Zammit Lupi took photos of the men allegedly responsible and described them as “sad, pathetic low lives” who posed for a photo as they threw away a poster.

“Tourists looked on aghast,” he added.

“Other European countries prosecute the vandalism of improvised public memorials marking the killing of public servants such as journalists on the basis of the fact that these are hate crimes,” Repubblika said.

“An act against democracy cannot claim to be itself the exercise of a democratic right.

“Effectively this vandalism is an act of uncompromising hatred of democracy. A democratic government is not only expected not to lead this undemocratic behaviour, as this one does, by its own anti-democratic example but to protect the exercise of free speech, public protest and the choice of any number of citizens to publicly call for truth and justice in the case of an assassination of a public servant such as a journalist. A democratic government is expected to condemn and seek to stop such behaviour”.

Shortly after the vandals cleared the memorial site, activists returned to restore it.

“We’ll come back every time they do this until the truth is known and justice is served,” Repubblika said. 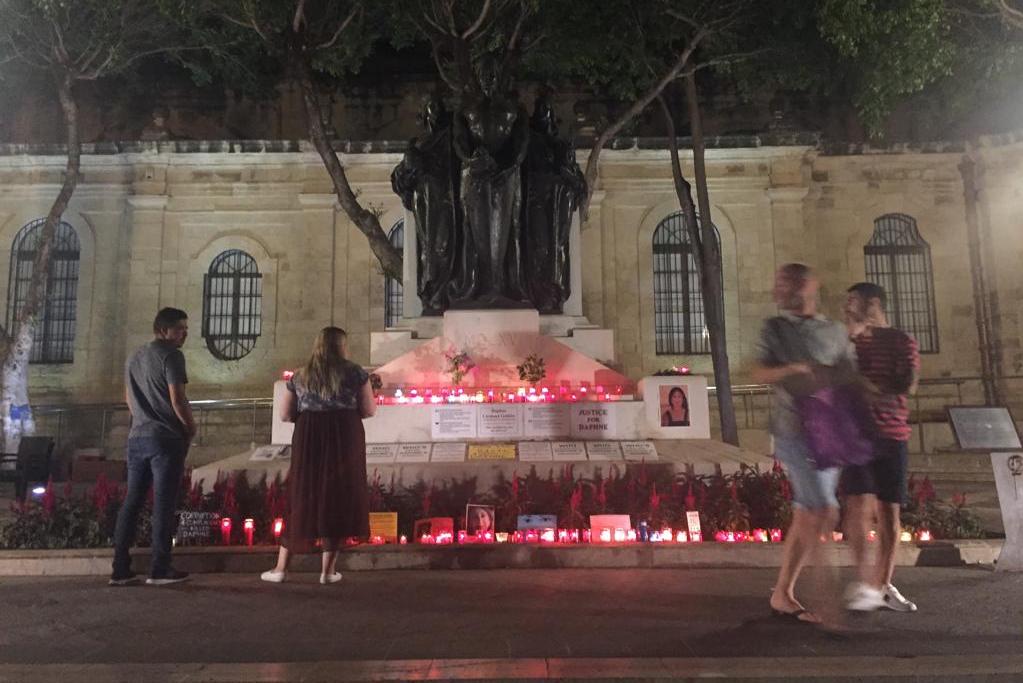