Two days before Bernice Cassar was shot dead on Tuesday, her lawyer asked the police to take urgent action against her husband for breaching a protection order and before her client “ended up becoming a victim of a tragedy”, Times of Malta has learnt.

Sources said the police were in the process of issuing an arrest warrant against the woman’s estranged husband, Roderick Cassar, for breaching the order and failing to turn up at the police headquarters on Sunday as summoned.

However, the arrest warrant was not issued in time.

Cassar, a mother of two, was murdered at 8 on Tuesday morning while driving to work at the Corradino industrial estate, in Paola.

Her estranged husband was arrested early on Wednesday morning after a 17-hour standoff with the police and is the only suspect in the murder.

Since then, details of the couple’s troubled relationship have emerged.

Friends and relatives painted a picture of a woman who was scared her husband would hurt her.

That picture included a police domestic violence unit overloaded with reports and a court system unequipped to handle the large number of cases. 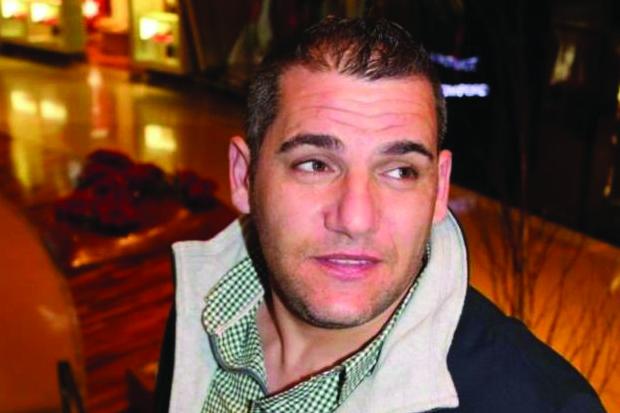 Roderick Cassar, suspect in the murder of his wife Bernice.

A timeline of the victim’s calls for help, given to Times of Malta, shows she faced court and police delays as she desperately tried to protect herself.

Sources said she had moved out of the matrimonial home with her two children on May 8, Mother’s Day, after her husband allegedly held a knife to her throat.

Roderick Cassar was to be charged over the assault in a case that was scheduled for November 17, 2023, a year from now. All domestic violence cases are heard by one magistrate.

On July 14, her husband was in hospital and Cassar took the children to the car park there to see their father. There was an argument and he threatened to kill her and “blow her brains out”, according to sources.

'I'll put you in your place'

When she told him that she would file a report he allegedly told her “the court might bankrupt me... but I’ll put you in your place”.

Following the incident, Cassar, through her lawyer Marita Pace Dimech, filed an application for a protection order and it was issued on July 27. He was bound not to approach, contact or molest her against a €7,000 fine and/or a two-year jail term.

On November 13, a Sunday, he turned up outside the Floriana health centre while his wife was there and made a scene, banging on her car door, the sources said.

She and her lawyer went to file a police report at the Floriana police headquarters but, after waiting from 7pm to midnight, they left without doing so as the unit had to temporarily close.

They returned the following day and waited for two hours before getting their report on file, which took about half an hour.

Cassar showed the police emails sent by her husband that day, trying to talk her out of filing the report.

In the emails, he allegedly reassured her he did not mean what he said and he would not hurt her. He told her that reporting him for breaching the protection order would only take €7,000 away from the children.  Meanwhile, Cassar continued to live in fear.

Last Sunday, two days before the murder, her lawyer sent an email to the investigating officer who was looking into the report filed the previous Monday, asking for action to be taken.

The lawyer wrote: “My client is not feeling safe as she fears finding Cassar behind her.”

She pleaded to the police to take the action allowed by law to ensure that “my client does not end up becoming a victim to a tragedy”, sources said.

Cassar and her lawyer were informed that Roderick Cassar had been called to the police headquarters on Sunday at 11.30pm but said he could not make it.

He was asked to go at 1pm but did not turn up.

The sources said the police were in the process of issuing an arrest warrant but this did not happen in time.

The murder has raised questions over the police caseload.

Speaking during a press conference on Tuesday, Police Commissioner Angelo Gafà said the unit received an average of five reports daily, most of which concerned psychological abuse.

The domestic violence unit operates around the clock with 33 police officers, five of them inspectors.

The victim’s sister, Alessia Cilia, has spoken out about the failures of the authorities to protect Cassar.

“She reported and cried for help but the authorities never really cared. She was sad yesterday [Monday] because Christmas was around the corner and she was fighting for her safety and that of her children,” she said.

“With the formation of the Gender Based and Domestic Violence Unit, a specialised and trained squad, the Police Force is treating the related issues in a more sensitive and professional manner,” they said.