Malta marked the funeral of Queen Elizabeth II with a 21-gun salute and flags flying at half mast as the country observes a national day of mourning.

At 11.45am, a gun salute was fired across the Grand Harbour by gunners of the Armed Forces of Malta on behalf of the Office of the Prime Minister.

Crowds gathered at Upper Barrakka gardens in Valletta to witness the 21-gun salute, a military honour usually reserved for heads of state.

The salute was timed to coincide with the queen's coffin departing from Westminster Hall in London on a gun carriage as it journeys to Westminster Abbey for the state funeral service. 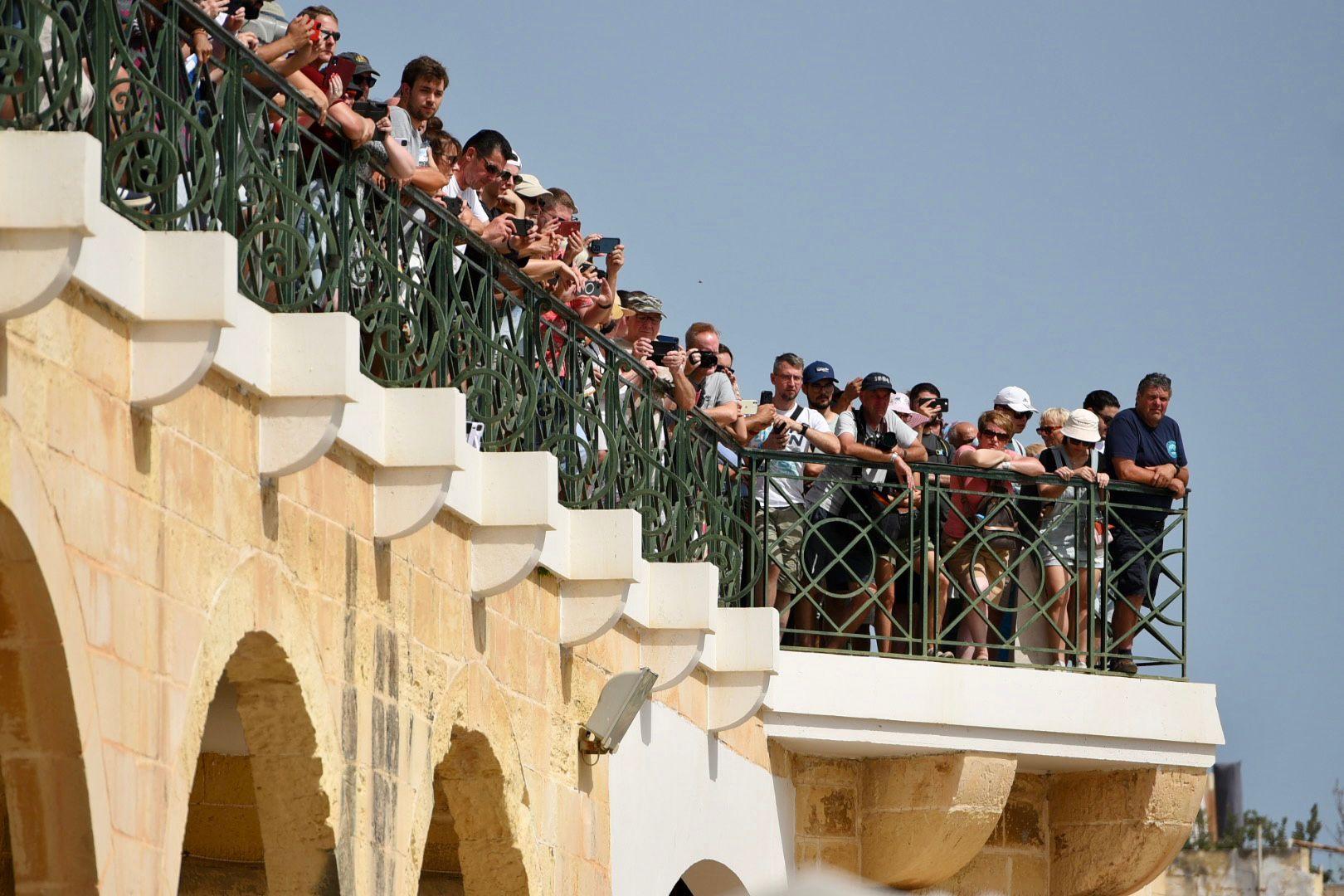 Queen Elizabeth died on September 8, aged 96. Her death marked the end of a 70-year reign, the longest in British history.

National flags on all government buildings and areas where they are usually displayed in Malta have been flying at half-mast throughout the day. 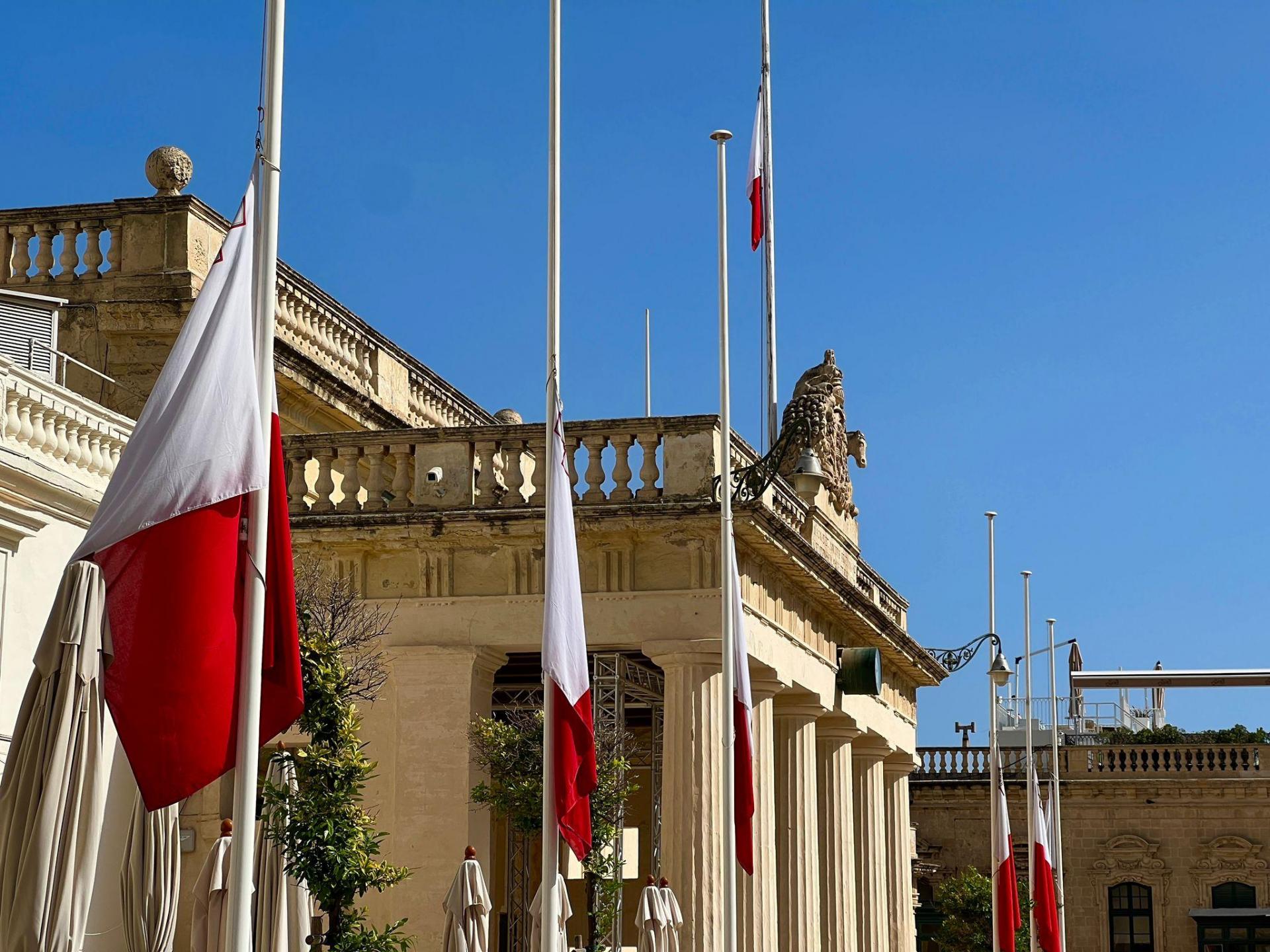 Elizabeth II was Queen of Malta from 1964 until 1974, when Malta became a republic within the Commonwealth with the monarch replaced as head of state by the president of Malta.

President George Vella is attending the funeral with other world leaders. Judge Joseph Galea Debono, honorary president of the George Cross Island Association, is also representing the country as one of only three collective recipients of the George Cross, awarded for military gallantry. 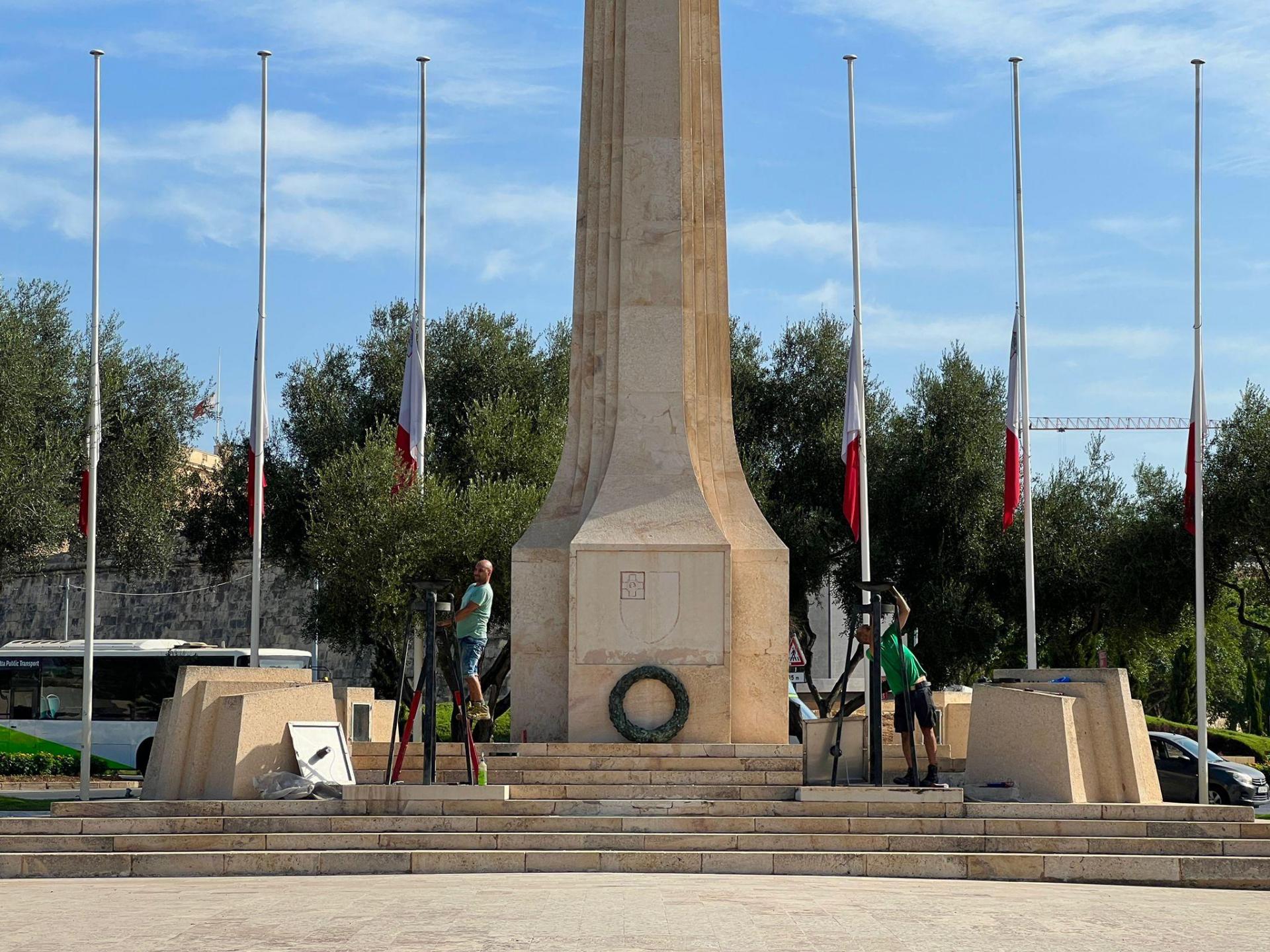 The Office of the Prime Minister has ordered that all national flags on public buildings are to fly at half-mast on Monday. Photo: Chris Sant Fournier

As a princess, the queen lived for a time in Villa Guardamangia in Pieta, as her husband, the late Duke of Edinburgh served in Malta with the Royal Navy.

Other people paid their own personal tributes to the queen. One building in Sliema hung both the Union flag and Maltese flag, between a portrait of the Queen.

A portrait of the Queen between the Union Jack flag and Maltese flag. 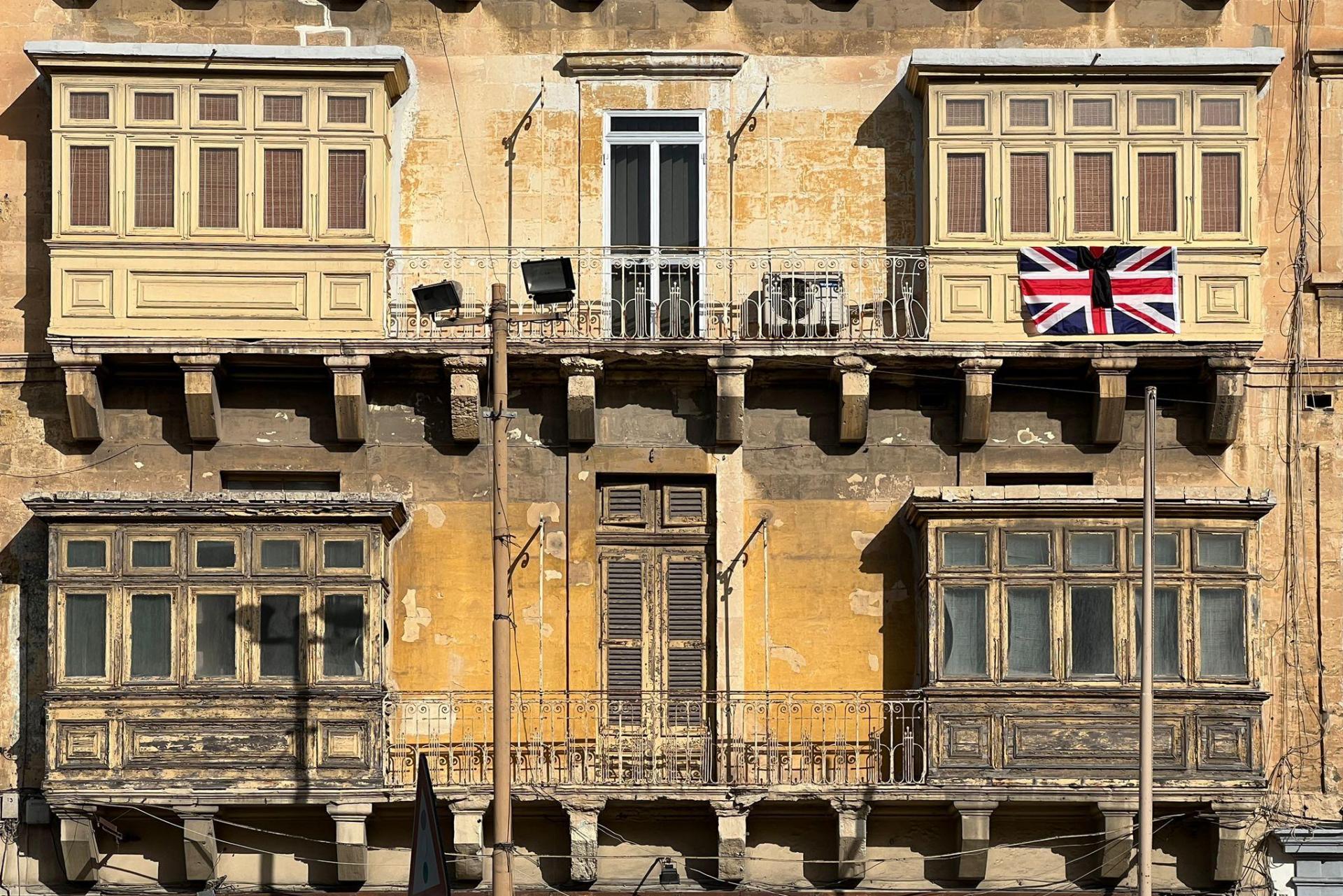 A Union flag and a black mourning cloth on a balcony. Photo: Chris Sant Fournier

At The Phoenicia hotel, where Queen Elizabeth danced in balls during her time in Malta, around 30 people gathered in the Club Bar to watch her funeral.

A condolences book was displayed at the entry, with one message reading:  “It has been a pleasure to remember your happy days here in your beloved Malta." 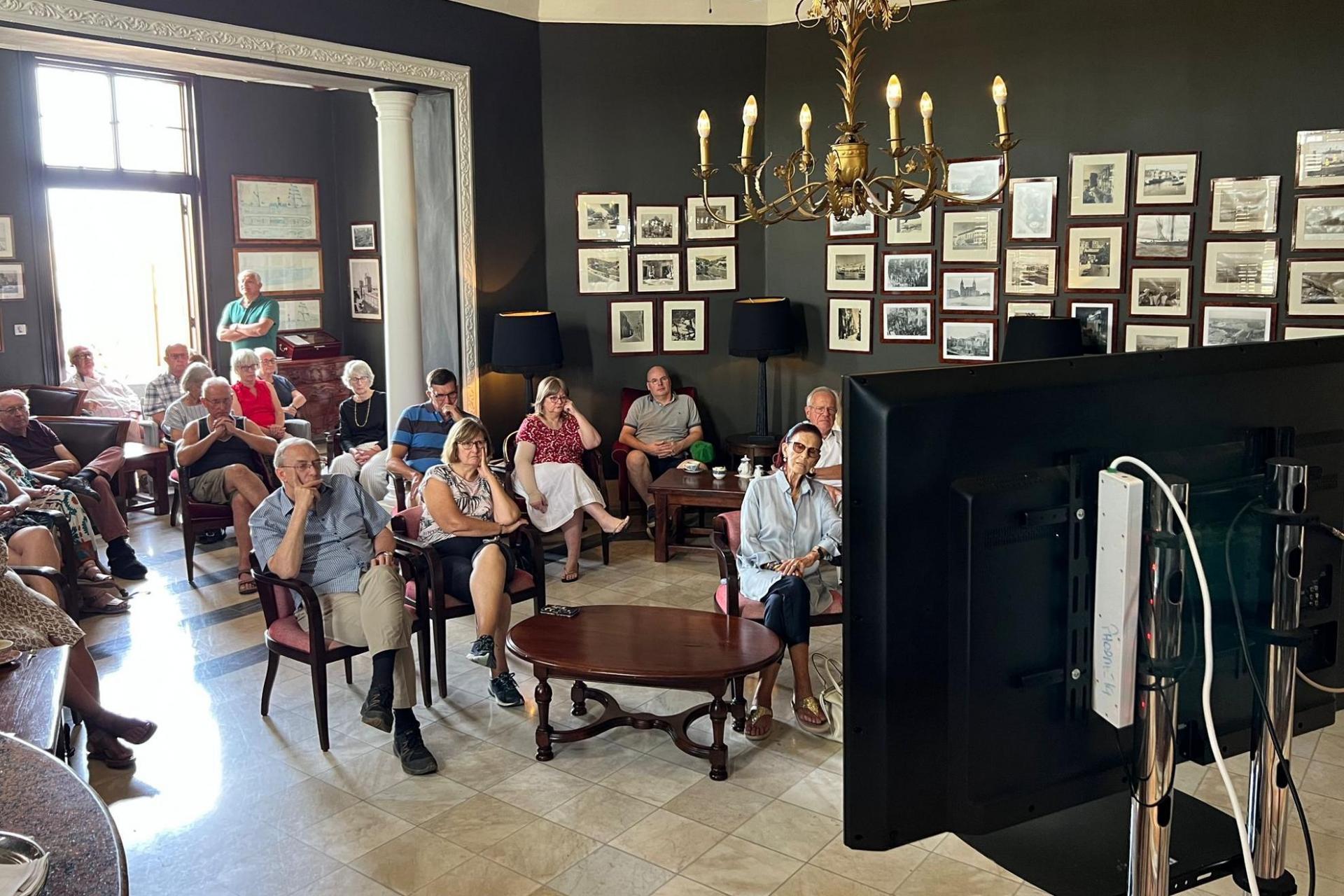 Next to the condolence book, a hotel guest books was on display, showed the queen’s signature from 28 November 1949.

Another group of mourners watched the funeral in another institution: The Pub in Valletta.

The Pub, best known as the place where actor Oliver Reed knocked back his last drinks before his death, was also live streaming the funeral. 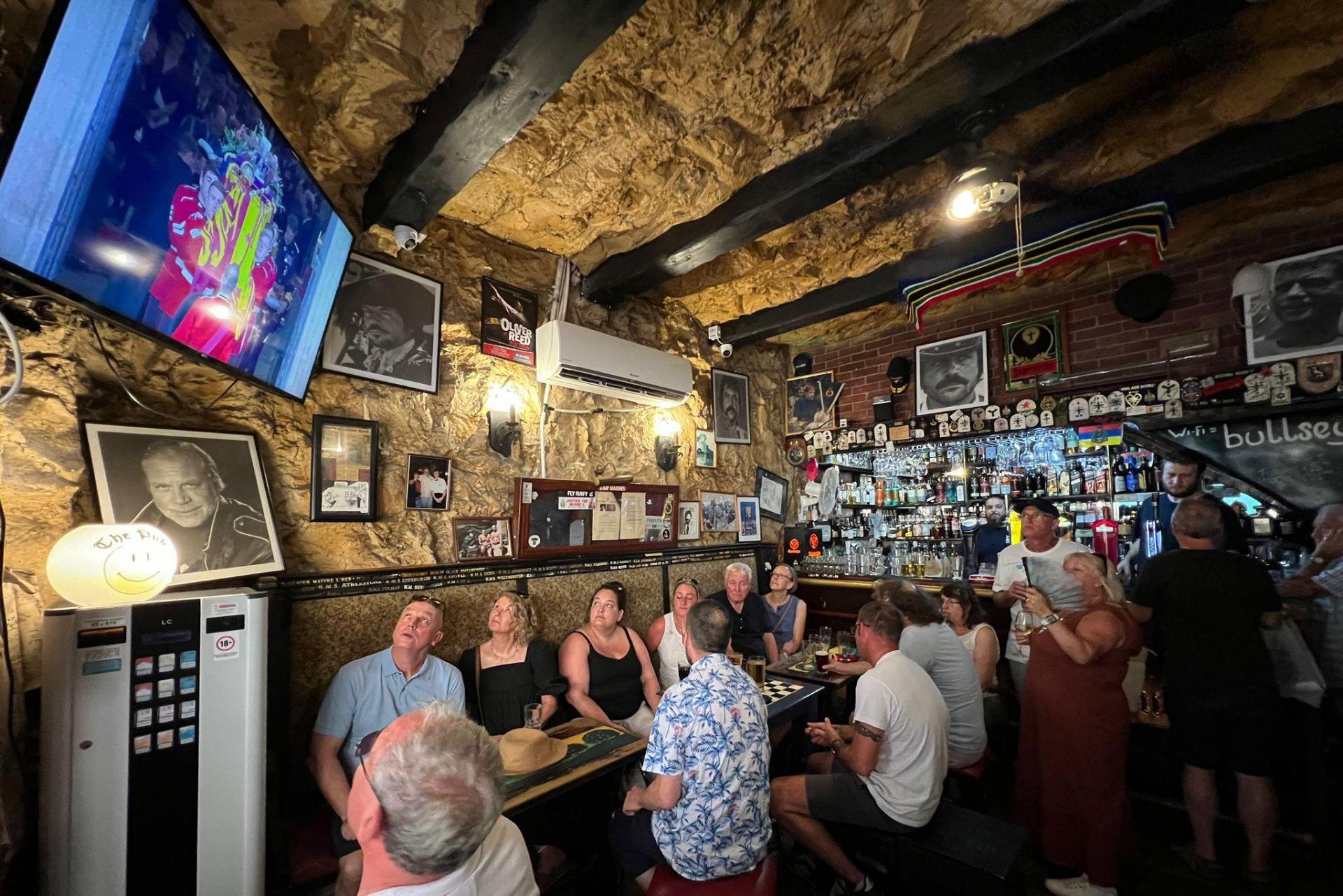 The funeral of Queen Elizabeth II was live streamed at The Pub in Valletta. Photo: Chris Sant Fournier

One couple, sitting in The Pub, had tears in their eyes as they watched the Queen's coffin exit Westminster Abbey.

A small selection of flowers and cards were also left at the door of Villa Guardamangia, in Pieta, the only place outside the UK where the queen ever lived.

"An inspiration to the world," one card read.