Prime Minister Robert Abela was involved in a property deal with a man recently charged with kidnapping who police believe to be the mastermind of an organised crime group.

The property deal in 2018 included paperwork that experts say can potentially be used as a legal loophole to avoid or minimise tax exposure.

Abela had a stake in that property deal, which eventually saw it transferred to Christian Borg.

Borg, 28, only recently left Corradino prison on bail after he was last month charged, along with five others, with kidnapping.

The alleged victim, who had until recently worked for Borg, escaped and told police how he was allegedly beaten, and told he would have his fingers cut off and that his sister would be raped if he failed to cooperate with his captors.

Times of Malta reported on Tuesday how Borg and his associates are being investigated over suspected narcotics smuggling and money laundering.

The investigation is looking into how virtual assets such as cryptocurrency may have been used to purchase drugs, arms, and even explosives.

Borg has in the past bragged of having a personal relationship with Abela, describing him on social media as his legal adviser and friend. 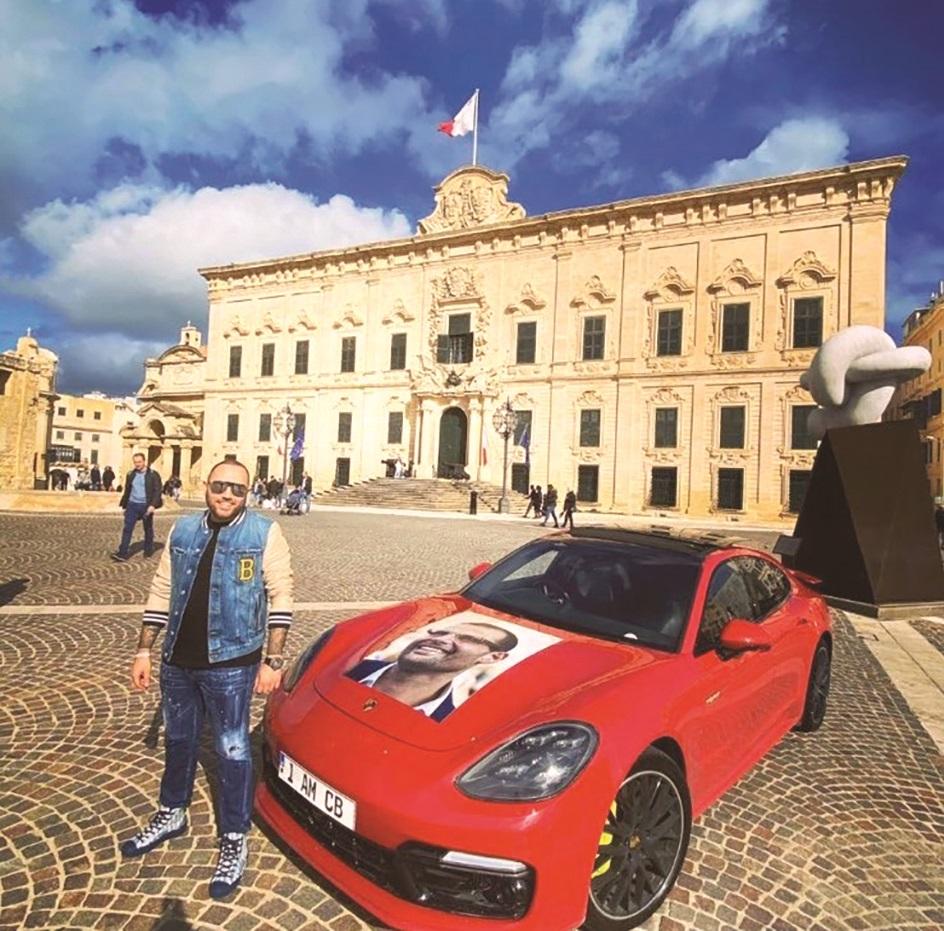 Speaking to Times of Malta earlier this week, Abela confirmed that he had in the past acted as Borg’s lawyer.

“I remember that, in the past, I had a stake in part of a promise of sale [agreement] on a property, and it was assigned to one of his [Borg’s] companies.”

He added: “Today, from what I have read, his lawyer is the Hon. Mario de Marco.”

Mario de Marco told Times of Malta his firm has from time to time provided legal assistance on some of his civil litigation cases in court and this on a non-exclusive basis.

Ecourt records show that different lawyers from different firms are his lawyers on different cases.

PM silent on profits from deal

Replying to questions sent by Times of Malta, a spokesman for the prime minister said Abela had acted in his professional capacity as a lawyer to Borg on civil matters and never carried out any business with him.

“It was the PM himself, acting on the principle of transparency, who informed the media about a promise of sale assignment entered into by him and others way back in 2018 via a public deed, which was duly registered at law, in favour of a limited liability company in which Mr Borg was a shareholder.”

The OPM spokesman did not say how many times Abela was involved in property deals that included the assignment of rights.

He did not say either how much Abela had made from the property deal or if it was declared with the Inland Revenue Department.

Neither did he explain the difference in price value between the original promise of sale and the final sale or how much Abela had personally profited from the deal. The spokesman also did not say whether Abela had carried out any due diligence on the parties involved in the deal.

At the time of the deal, Abela was a backbench MP and his law firm was receiving a €17,000 monthly retainer from the Planning Authority for legal advice.

The property deal in question involved what is known as assignment of rights (ċessjoni ta’ dritijiet fuq konvenju). This is a legal mechanism that allows the proposed buyer in a promise of sale agreement on a property to pass those purchasing rights over to a third party.

It can be legitimately used if a proposed buyer finds another party willing to purchase the property instead. However, sources seasoned in investigating abuse of Malta’s tax regime said it has also been known to be used to avoid tax or conceal irregular payments.

They explained that if a member of a criminal group wants to pay a professional for illicit services or corruption, they could enter into a bogus promise of sale agreement over a property.

This deal would typically be set at a price below the market value of the property.

The bogus ‘buyer’ would then pass over that promise of sale agreement to a third party for a higher, more realistic price.

The real buyer pays the original owner the value of the original promise of the sale agreement, with the bogus buyer pocketing the difference.

This, the sources said, is a way for the property market to be used to conceal payments meant for something else.

The scheme can also be susceptible to tax abuse. The sources explained that the payment the bogus buyer would receive from the real buyer in such a racket would be taxed at a flat 15 per cent.

This is significantly lower than the up to 35 per cent income tax plus 18 per cent VAT that is normally applicable.

In fact, tax rules enacted in 2021 envisage how the assignment of rights in property deals can be misused. They include anti-abuse provisions that impose a 35 per cent tax rate when income from such a deal is deemed to not have been properly reported to the fiscal authorities.

PN: Abela has a lot to explain

In a reaction to the above story, The Nationalist Party said the last thing which Malta needs, as a greylisted country, is suspicion that the prime minister could have been involved in schemes used for money laundering.

Abela should therefore declare all he knows about this case. He also needs to explain how many times he used this method of transactions, including for his own, how much he earned and whether he declared everything.

The prime minister also needed to explain the price difference between the first and the last promise of sale in this case, and whether he had carried out due diligence on his clients before taking on the brief.

It was no wonder the PN said, that the prime minister had opposed the bill on unexplained wealth and the bill against organised crime, which it had proposed.

Labour tried to turn the tables

Replying, the Labour Party said the prime minister had been transparent and clear as crystal when he volunteered details to journalists about matters which were public.

Therefore, whatever the PN had said was simply spin.

It said it was the leader of the opposition who had evaded tax and he had not declared where he got the thousands of euro from, overnight, to clear his dues before becoming party leader.

MP Jason Azzopardi had declared he did not earn anything from his profession only to correct that after being caught out. Beppe Fenech Adami had also not accepted to sit for a tax audit, the party said.