Deputy Prime Minister Chris Fearne is opposing the proposed Marsascala marina - a position that will go down well with his constituents in the third electoral district.

Fearne on Monday told Times of Malta he believes the undeveloped area around the bay should remain as is while the berthing area should be reorganised, taking into consideration the village’s traditions as well as those who have their moorings there.

Objectors to the project believe Transport Malta’s plans for a Marsascala yacht marina will ruin the bay.

Plans for the yacht marina were made public in August when Transport Malta published a pre-qualification document that suggested most of the bay would be taken up by pontoons and yacht facilities. Since then, residents of the area have held regular protests against the plans.

On Saturday residents, fishermen, feast enthusiasts and environmentalists once again gathered to protest plans for the marina, along with members of the local council.

Chris Fearne speaking about the marina.

“On the other hand, the part of the Marsascala Bay where there are moorings should be reorganised with respect to those who have their moorings there,” he added.

Fearne said the government acknowledges the importance of natural zones in the south.

He said it had announced an afforestation project that will be carried out over the next five years in the Inwadar area, between Xgħajra and Marsascala, that goes all the way to Żonqor. 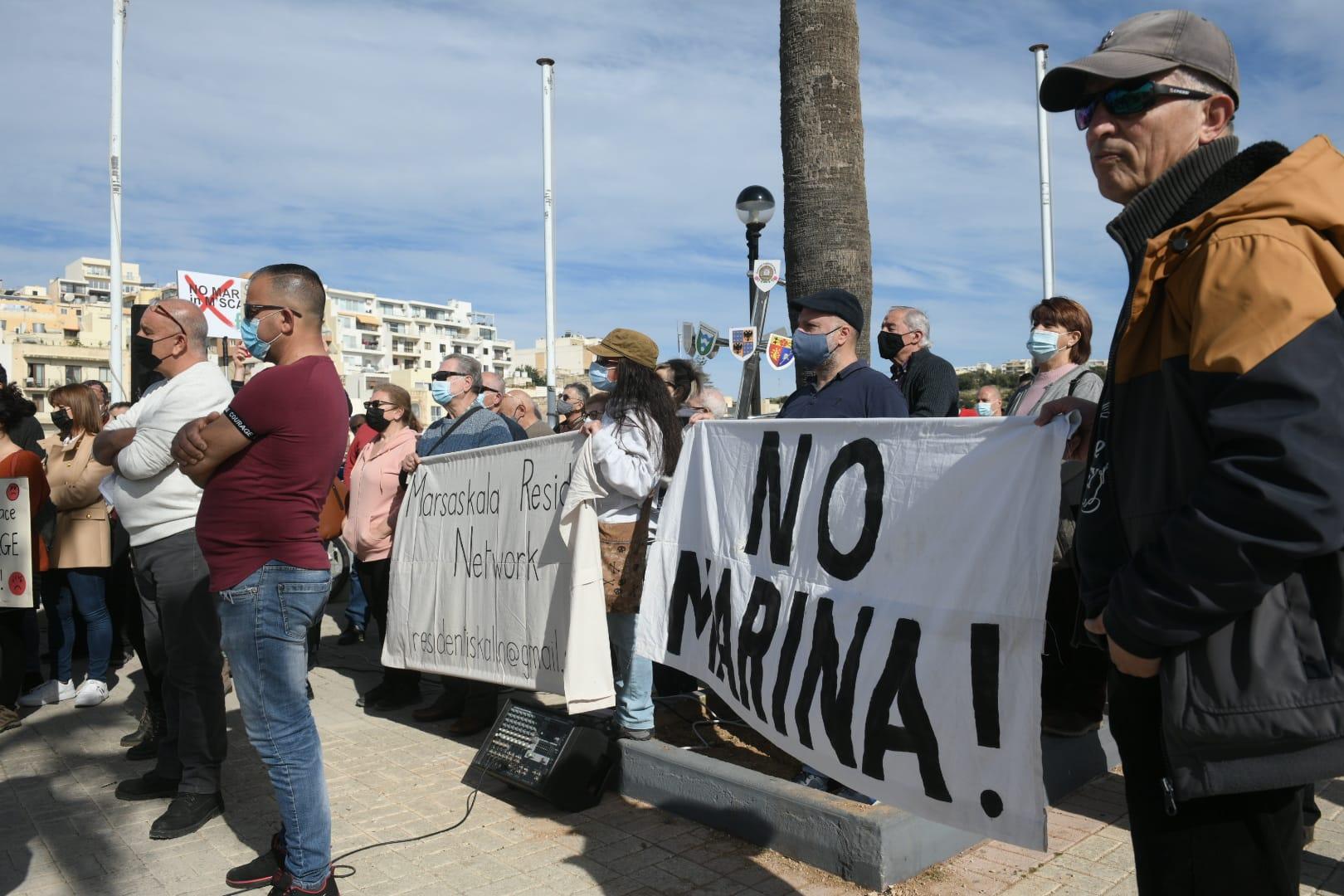 On the American University of Malta project for Żonqor, Fearne said, here too, plans to develop it should be shelved and, “if possible”, it should “continue to be enjoyed by residents and people from the south”.

Later that day, Prime Minister Robert Abela announced that the government had renegotiated a land concession concerning the AUM and that the Żonqor land would be returned to the people.

Ian Borg: marina 'not a matter of personal opinion'

Fearne's cabinet colleague, Transport Minister Ian Borg, who is politically responsible for the project, refused to take a similar stand against the marina, suggesting that public opposition to plans to build the marina in Marsascala was part of a Nationalist Party candidate’s bid to get elected on the district.

Borg was answering questions from Times of Malta after residents, NGOs and the local council demanded the plans be scrapped.

Borg said he was not obliged to campaign for a Nationalist Party candidate.

“I’ve met the council but I’m not going to be a canvasser for a PN candidate in Marsascala.”

Marsascala council minority leader John Baptist Camilleri was one of the first people to bring plans to build the marina in the public eye and has been campaigning against it.

Camilleri is also contesting as a PN candidate in the third district in the general election.

When asked whether he himself was in favour of building the marina in Marsascala, Borg said that his stance on the project was irrelevant.

“This is not a matter of personal opinion. I am the minister of the entire industry and I do what is needed in the widest possible sense, including meeting with the local council, which I did,” he said.

Labour MP Jean Claude Micallef, also elected on the third district, was the first to take a stand against the plans. Other MPs elected in the district, Minister Carmelo Abela and PN MP Mario Galea, have not taken a stand yet.

Meanwhile, Marsascala residents have started placing bright yellow squares on their doorbells, warning party politicians to stay away unless they planned to oppose the marina plans. 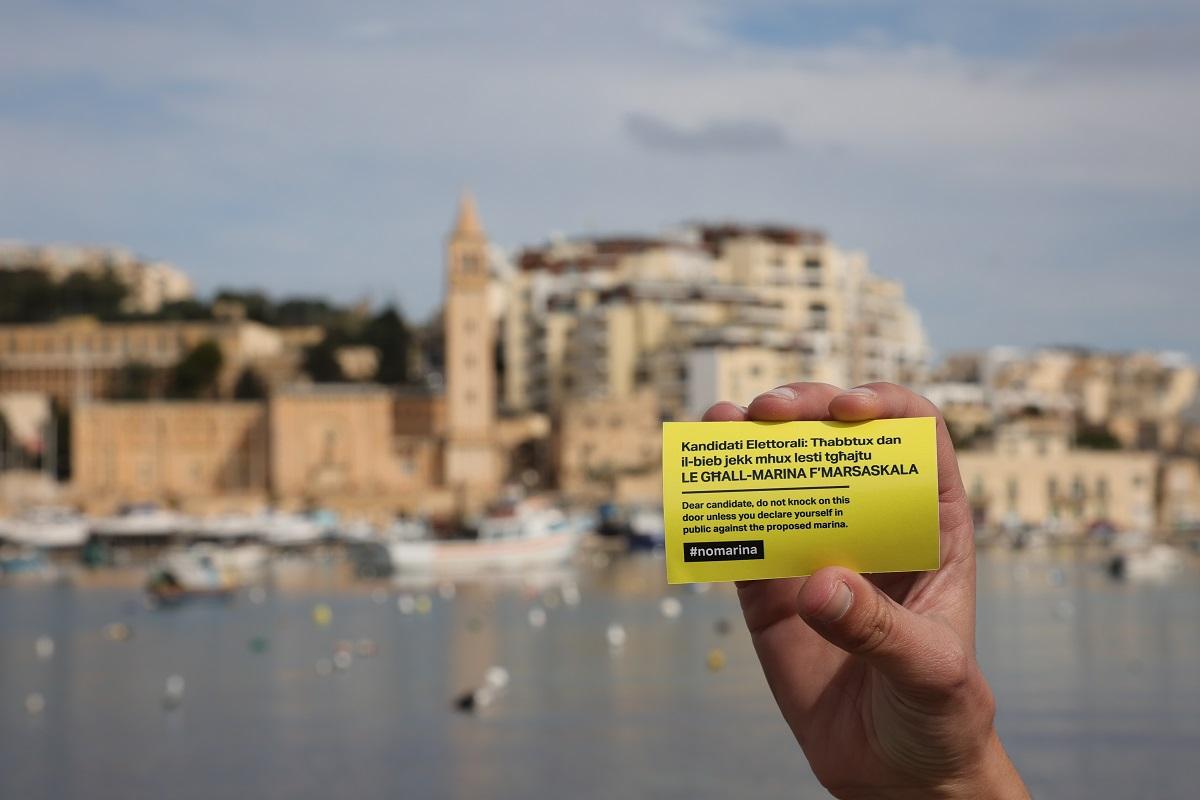 Residents are affixing notices to their doors, advising electoral candidates not to bother knocking if they favoour the marina plans. Photo: Graffitti

“Electoral candidates: Don’t knock on this door unless you’re ready to say no to a marina in Marsascala,” the sticker reads, in anticipation of house visits from politicians ahead of an expected general election.

While on a visit to Marsascala yesterday, Times of Malta observed that several buildings had large banners reading “No Marina” hanging from their balconies.