Marsascala councillors want Ian Borg to clarify whether plans to develop a marina in the bay will be dropped, now that the minister is aware of the council's opposition to the project.

Councillors were joined by Marsascala residents, fishermen, feast enthusiasts and environmentalists during a protest event held on Saturday in the southern village.

During that meeting, the minister told them that he was not aware of the council's position - despite it having made it clear last August. He also said Transport Malta would not move the project to its second phase until the council position was made clear.

The council followed that meeting up with an email in which it explicitly said that it opposes the marina plans. Camilleri said the council has yet to hear back from the minister.

“The election is not far and we want to have our mind at rest that this nightmare is over,” Camilleri said, adding that if anything, the project had united the whole of Marsascala.

Plans for the yacht marina were made public in August when Transport Malta published a pre-qualification document that suggested most of the bay would be taken up by pontoons and yacht facilities. Since then, residents of the area have held regular protests against the plans.

Environment Minister Aaron Farrugia has dodged questions about the project while Borg has said the government was “listening and following” what people have to say about the marina, insisting however that the marina was needed as more people were buying pleasure boats.

Prime Minister Robert Abela, a resident of the town himself, has meanwhile said the project was not “cast in stone” and that the authorities were still exploring possibilities.

Camilleri said the council had met four days after its meeting with the minister and unanimously upheld its August motion, formally sending notice of it to Borg and TM.

The motion reads that “the local council is against the proposal for a yacht marina in Marsascala, presented in TM’s pre-qualification document and condemns its publication without consultation with the Marsascala community.

"The local council demands that this document is withdrawn immediately and that plans for a yacht marina in Marsascala be abandoned completely. TM should launch immediate discussions with the local council, with residents of Marsascala and with the local associations, for the organisation of existing berths, for the protection of the cultural and social customs of the locality, the protection of the marine environment and for safeguarding the swimming zones of the bay.” 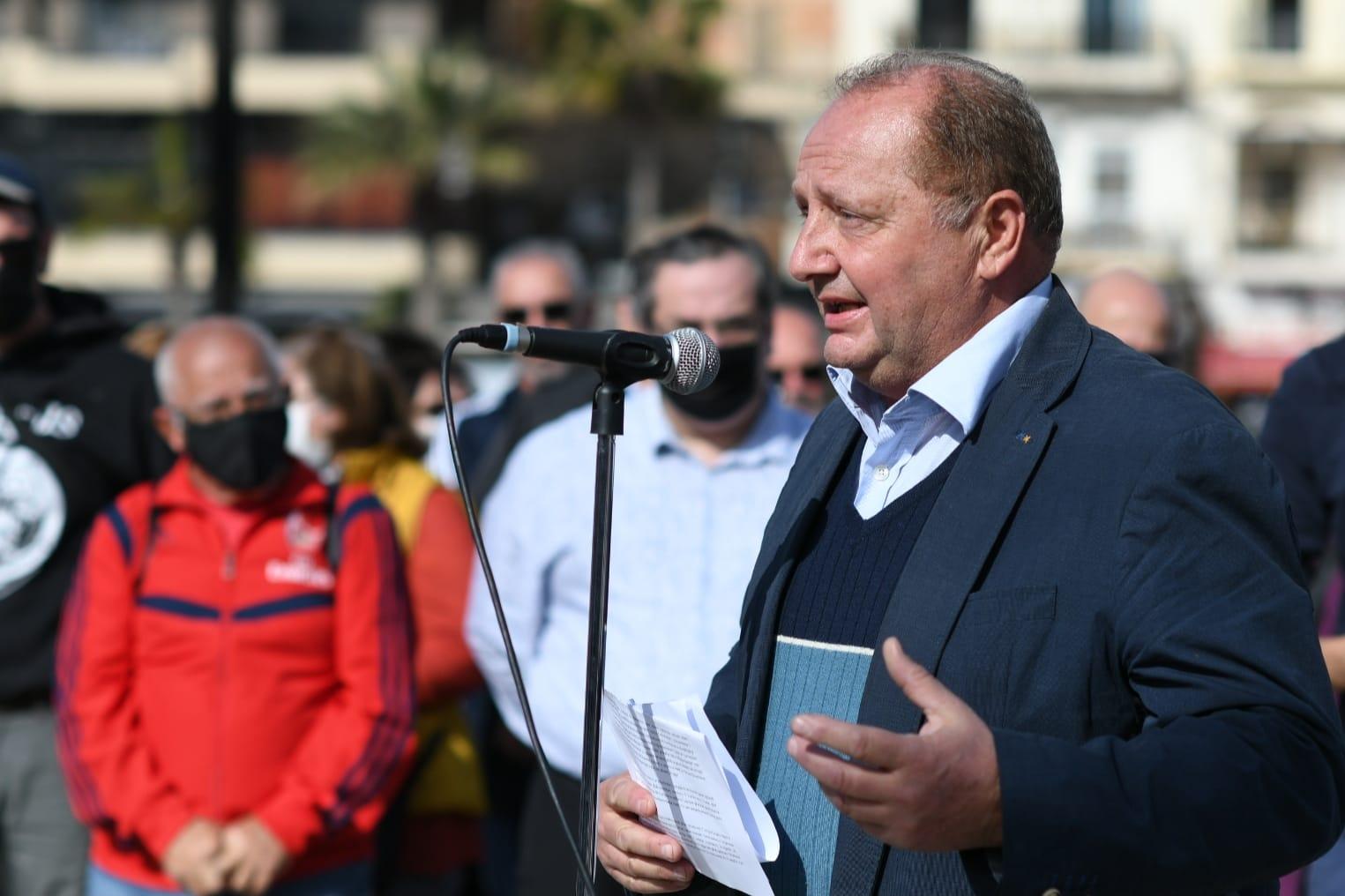 'Imagine what they’re doing behind our backs'

Jason Genovese, a fisherman in the locality for 30 years also pleaded with the authorities to update the locality’s people about the marina project.

He believes that the fishermen of the locality, of whom at least eight fish for lampuki, will have no place to prepare for the haul, unload the catch and store the boats safely offseason.

He also asked for information about studies of the impact that breakwaters, required for a marina, would have on marine life.

'Minister, are you hearing us?'

“Minister, are you hearing us? So far, no one has spoken to us. It’s as if we are inexistent,” he said.

His heartfelt plea was echoed by several others.

Feast enthusiasts fear they will lose the only space available from where they let off fireworks for the locality’s festa. Young residents fear a spike in prices in the area and long-time residents voiced concern about increased traffic, noise pollution and litter.

Resident Joanna Galea said she chose to live in Marsascala as the quiet locality allows her a break from the daily hectic life. There were several other ways to embellish Marsascala, including increasing the number of trees and plants in the locality, she said.

Jacqueline Rotin, a teacher, insisted that protesting against the project was not in vain: "we should remain vigilant especially after giving politicians the mandate to decide in our name.” 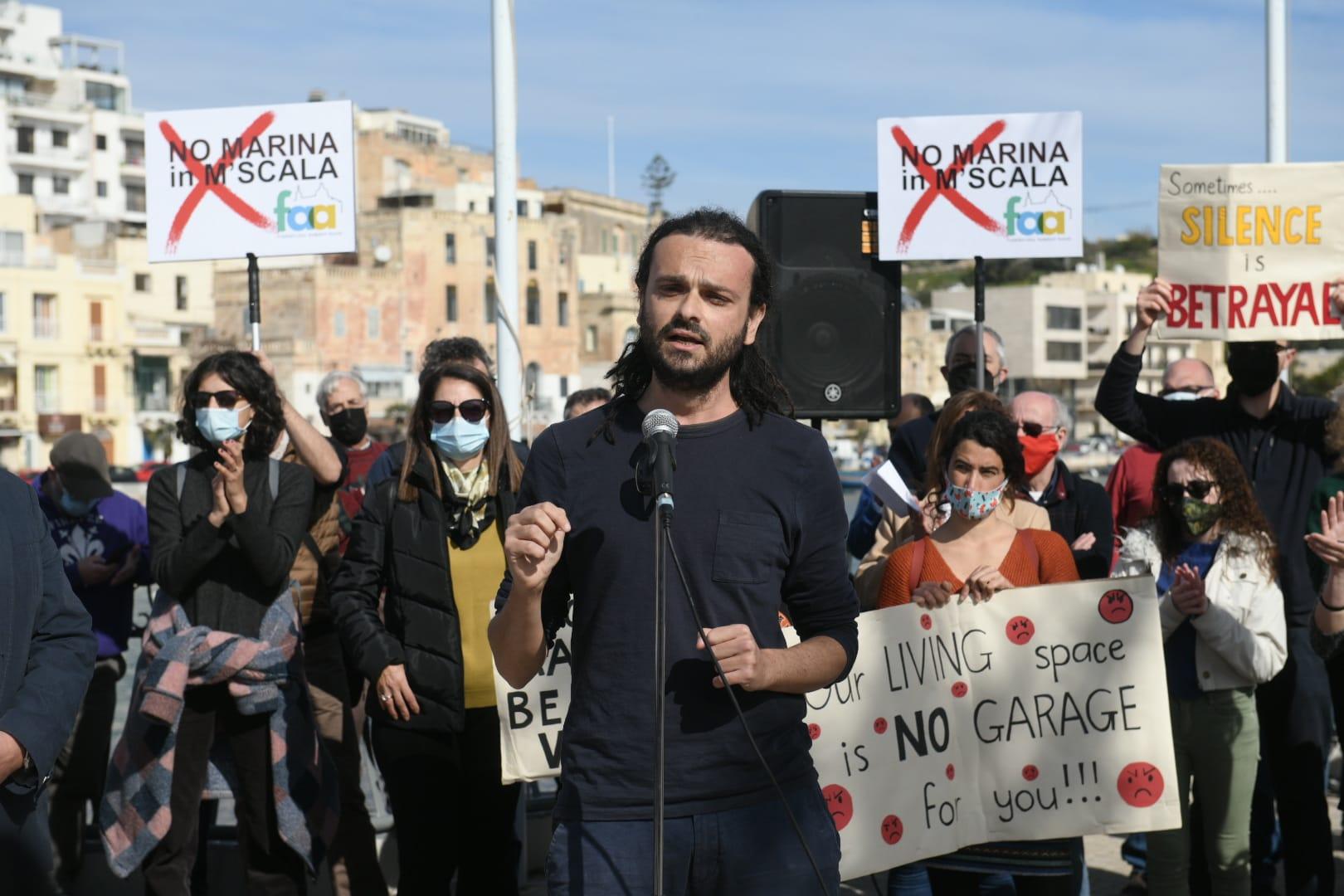 'Should politicians hold coffee mornings or take a stand?'

In his concluding remarks, Moviment Graffitti’s Andre Callus warned that if the marina process was not halted, the residents and activists would pursue with further action.

“The message is clear: stop the process now that the people have spoken.

"In view of the upcoming election, what is the role of candidates? To hold coffee mornings and pose for photos, or take a position about issues that are truly impacting the lives of people?"

“You are cowards and traitors if you do not speak up about issues that impact people. If you’re in favour, say you are, rather than giving us total silence.”

Camilleri also noted that the council had not been informed about ongoing infrastructural works on Triq San Gorg and off St Thomas Bay. Parliamentary questions tabled by the Opposition asking for information about these works have also remained unanswered.

“Don’t we have a right to know what’s going on? If they're trying to hide all this work, which is in plain sight, imagine what they’re doing behind our backs,” he added.