Infrastructure Malta on Saturday opened the first new road as part of the €55 million Central Link project extending from Mrieħel to Rabat.

A two-lane westbound carriageway has been opened to bypass three traffic light junctions to improve the traffic flow from Mrieħel to the Wied Incita area of Attard.

Prime Minister Robert Abela and Infrastructure Minister Ian Borg were both present as the agency inaugurated the two new lanes.

As the agency opened these westbound lanes, the pre-existing lanes in the same direction in Triq iż-Żagħfran, In-Nutar Zarb Road and part of Mdina road, Attard, are now serving the opposite way, from Ta’ Qali to Mrieħel.

Infrastructure Malta is also adding a second lane on the eastbound route as well.

This new arrangement is aimed at eliminating the Mdina road bottleneck at the Ħal Warda area, where two lanes merge into one with houses and other buildings on either side, causing long delays and pollution.

The two new lanes start at the western end of the Mrieħel Bypass, skirt the traffic lights junction next to the Malta Financial Services Authority offices and the T-Junction between L-Mdina road and De Paule Avenue (San Anton Gardens area), as well as the centre of Attard, before merging with Mdina road again in the Wied Inċita area (near Mount Carmel Hospital).

Along the way, the new lanes also bypass another traffic-lights-controlled junction in the centre of Attard. As a result, Infrastructure Malta switched off all the old traffic lights in this westbound route between Mrieħel and Attard. 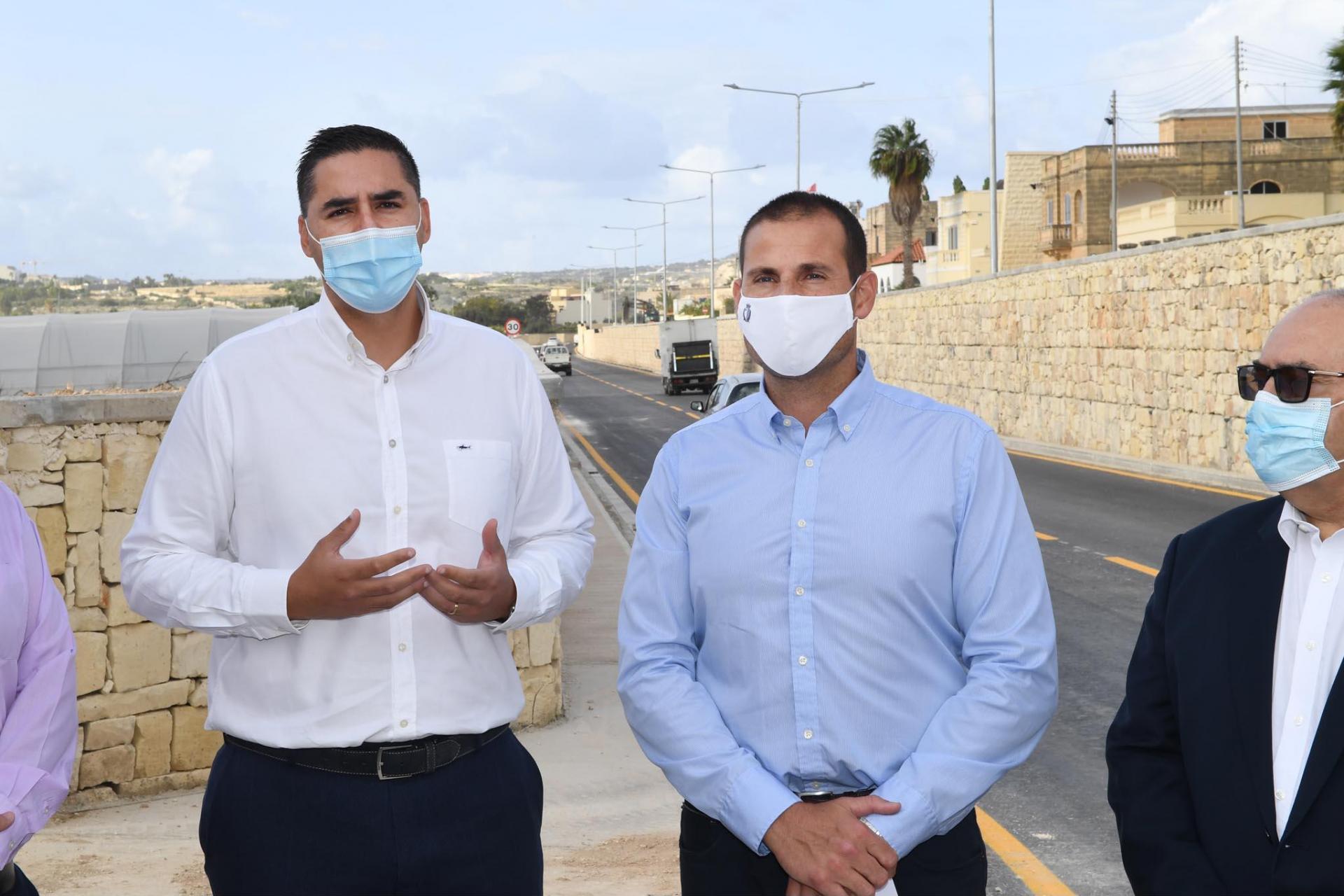 The turnings previously controlled by these traffic lights are now connected through dedicated lanes for increased road safety. 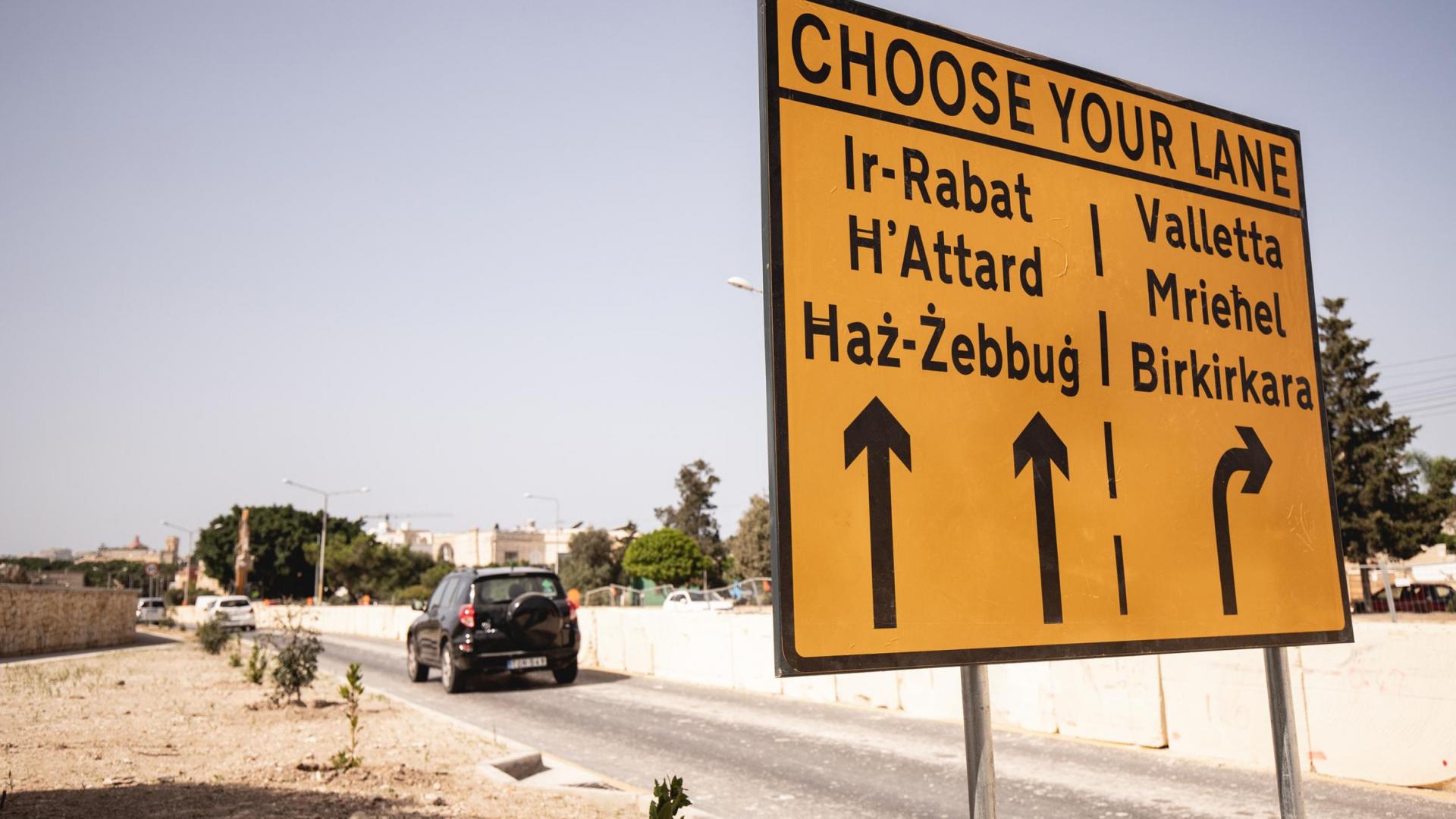 It also built a stormwater catchment system and connected it to the region’s flood relief underground tunnels nearby.

Workers used 4,100 tonnes of asphalt to lay the surface of these 4.4 kilometres of new lanes.

Eventually, when all the project works are ready, Infrastructure Malta will reinforce this new road with a final layer of polymer modified asphalt, a stronger material that lasts longer and is more resistant to temperature variations.

The agency introduced this type of heavy-duty asphalt in Malta’s arterial roads earlier this year.

When the project is ready, the new two-lane westbound arterial road will be extended all the way to Ta’ Qali, to merge with the roundabout at the foot of Saqqajja Hill. As it builds more new lanes forming part of this project, Infrastructure will eventually also upgrade the eastbound route and remove the remaining traffic lights in these lanes as well (Ta’ Qali to Mrieħel). 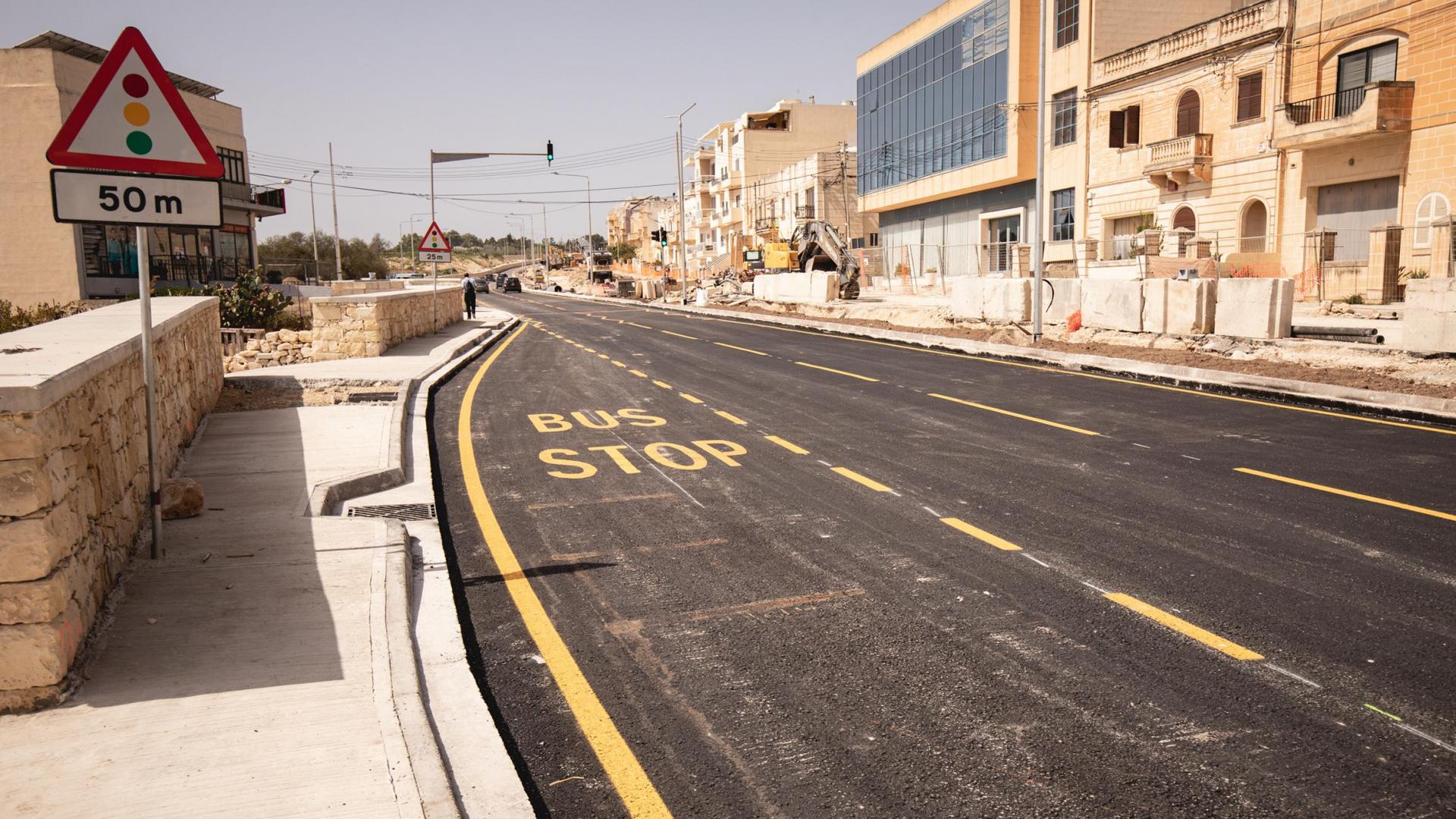 Through this project, Infrastructure Malta is currently also building Malta’s longest bi-directional track for cyclists and pedestrians. It includes a 4.3-kilometre, asphalt-surfaced path separated from car lanes with trees, shrubs and other forms of lane segregation, providing a pleasant, safer connection between Mrieħel, Birkirkara, Balzan, Attard and Ta’ Qali.

According to Infrastructure Malta, the project will lead to major air quality improvements in several nearby residential areas in Mrieħel, Birkirkara, Balzan and Attard.

The agency says the project will reduce particulate matter by up to 66 per cent by 2030.

Similarly, nitrogen dioxide emissions are projected to decrease by 41 per cent. Particulate matter and nitrogen dioxide are the two main pollutants linked to road transport emissions, and a major cause of respiratory illnesses.