Attard residents had serious reservations about the Central Link project, a study commissioned by the government last year had warned.

The social impact assessment study conducted between September and November of last year found that the vast majority of Maltese – 70% – were in favour of Central Link – a figure regularly quoted by the government in defence of the project.

However, a section of the study, which focuses specifically on Attard, also shines a spotlight on the concerns and “outright disapproval” of the contentious project. 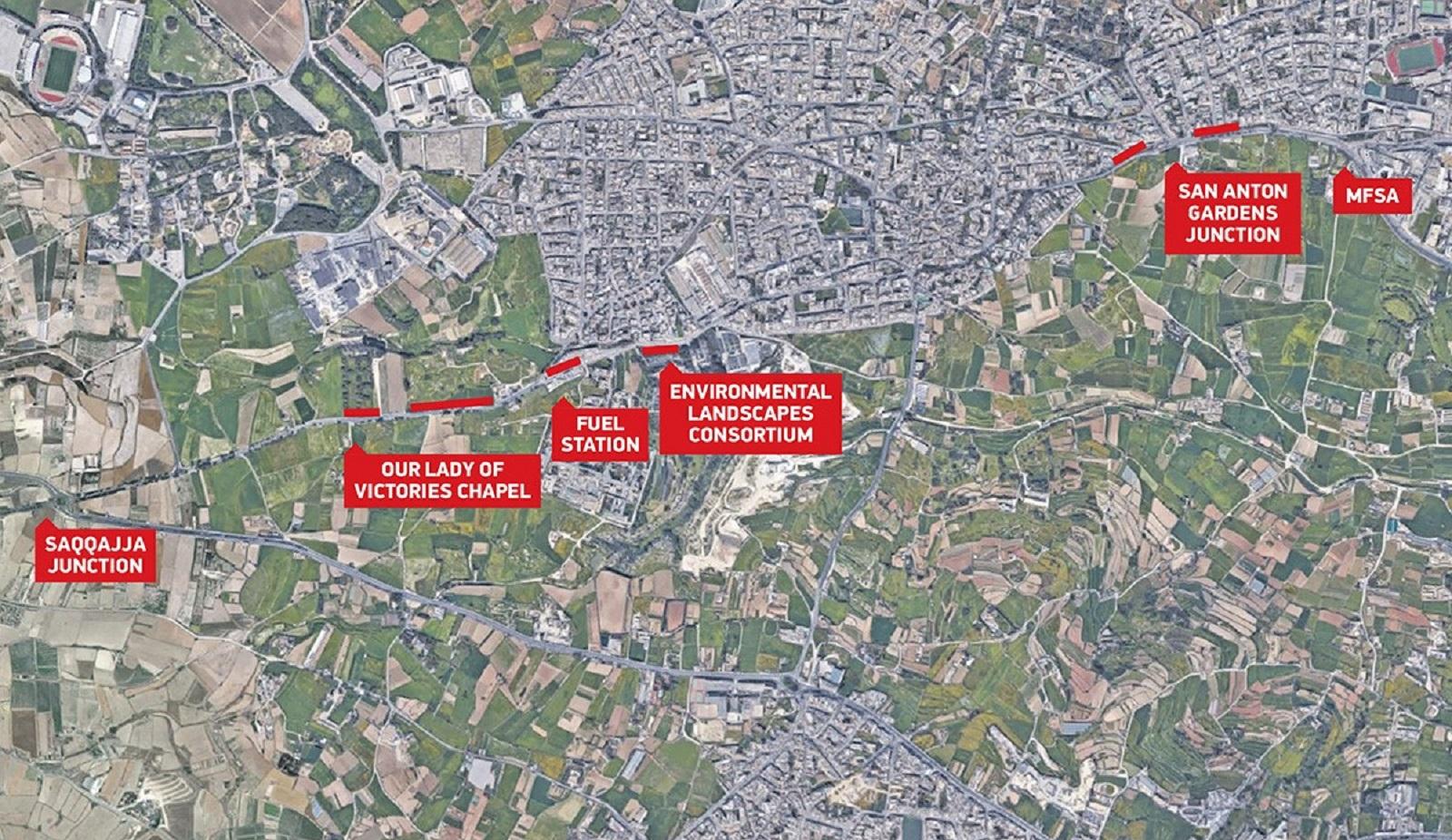 Trees will be removed in areas marked in red. Labels are for orientation purposes only.

“Most Attard residents, and others living in the immediate regions, did not approve of the Central Link project for a myriad of reasons,” the impact assessment, seen by Times of Malta, reads.

It is intended to alleviate traffic congestion in Attard’s village core, and stretches from the Mrieħel bypass to the foot of Saqqajja Hill on the outskirts of Rabat, incorporating new lanes, junctions and other infrastructure.

The project has drawn a raft of objections over the uprooting of hundreds of trees and the loss of 49,000 square metres of virgin land.

Attard used to be quiet, but ever since the introduction of flats we lost it all- resident

The social impact assessment quoted by the government, and previously kept under lock and key, was conducted by Prof. Marvin Formosa.

It was largely based on a scientific survey which was representative of the entire population, and drew data for more than 400 telephone interviews using a stratified sample.

Meantime, the Nationalist Party called for the resignation of Environment and Resources Authority chairman Victor Axiaq, calling his position untenable following his vote in favour of the project. And, in a last-ditch attempt to halt the project, a group of NGOs and Attard residents raised €20,000 in under 24 hours. 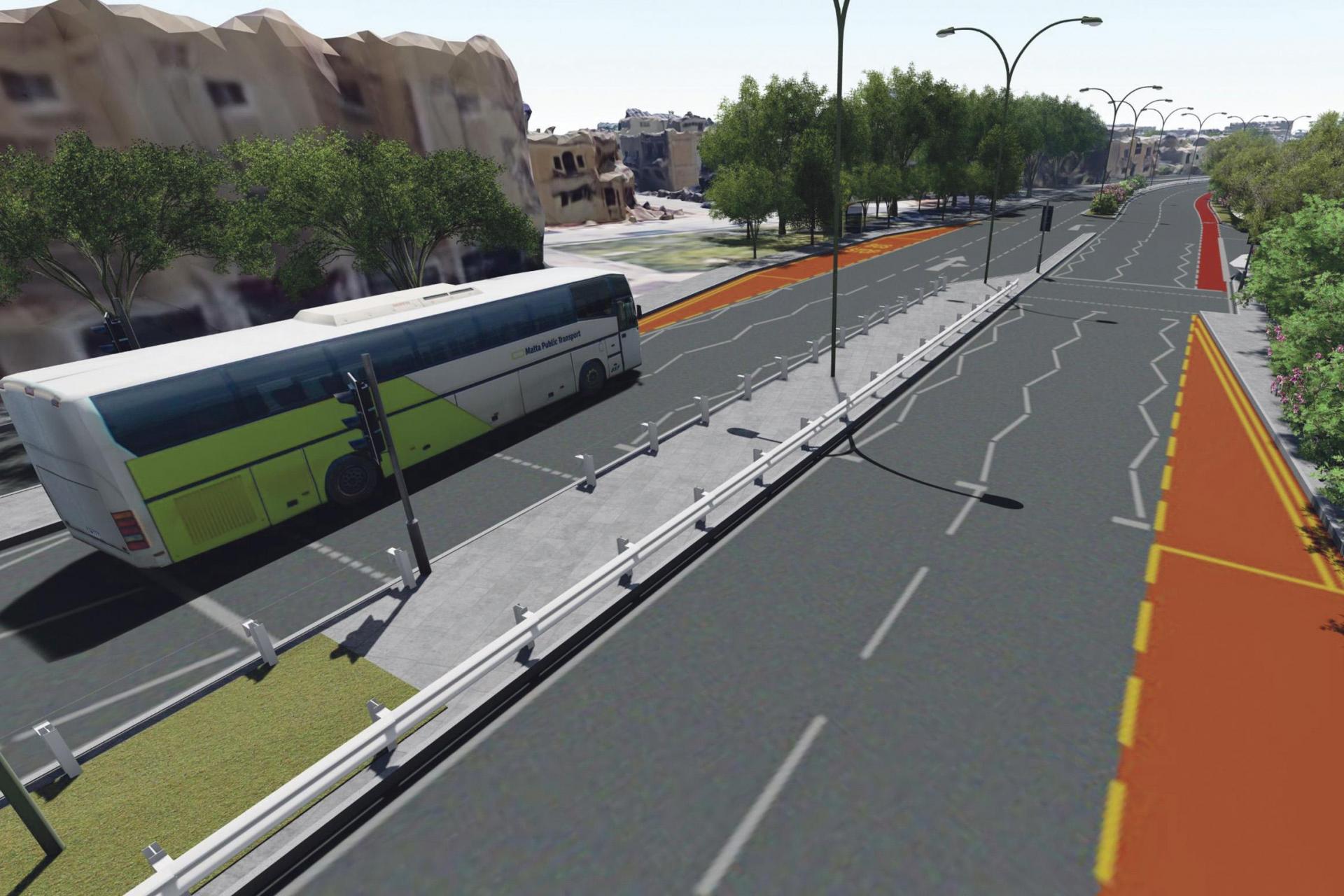 Fieldwork conducted by the team of researchers in Attard and the surrounding area, highlights worries of pollution, residents’ fears of becoming sandwiched between two major bypasses, the uptake of agricultural land, the loss of parking spaces, and a relative lack of proper consultation.

At the forefront of the disapproval were the Attard Residential Environmental Network (AREN), the Bicycle Advocacy Group (BAG) and the mayors of both Attard and Lija.

“This project will be a major inconvenience for us, especially for me as I live along the main road,” one resident is quoted as having told the researchers.

“Attard used to be quiet, but ever since the introduction of flats we lost it all, this is all we needed! I worry that this project will take months on end, with dust and noise – we won’t even be able to crack open a window.”

The study says that many were afraid that the construction of the project would lead to higher levels of stress, anxiety and pollution in the locality.

Others feared a depreciation of the value of their property’s market value.

Recommendations put forward by objectors included an elevated road to pass over fields instead of road widening, traffic to be diverted via Mrieħel and Rabat, the need for a traffic management study on the route before the project began, and the possibility of transforming the project into a subterranean tunnel.

What did nationwide survey find?

• 74 per cent believe the project will alleviate traffic congestion in the Attard village core, as opposed to 13 per cent who disagree.

• 73 per cent believe the project will cut travelling times, as opposed to 14 per cent who disagree.

• Half of respondents believe the project will result in a decrease of vehicle emissions, as opposed to 34 per cent who disagree.

• 59 per cent believe the project takes the needs of pedestrians and cyclists into consideration, as opposed to 19 per cent who disagree.

• Half of respondents believe the project will be using up as little agricultural land as possible, as opposed to 29 per cent who disagree.

• The majority of persons, irrespective of educational attainment level, were in favour of the project: primary (70 per cent), secondary (67 per cent), post-secondary (81 per cent) and tertiary (59 per cent).