Malta has detected its first case of the variant of COVID-19 initially discovered in India, Superintendent of Public Health Charmaine Gauci has confirmed.

The single case was detected on Thursday night and is being investigated by health authorities. However Gauci stressed that daily case numbers remain low and only two people are being treated in hospital, none in intensive care.

She made the announcement in her weekly briefing on the COVID-19 situation in Malta on Friday.

"We need to establish if it was imported or not and we will be giving out this information at a later stage," she said.

The coronavirus strain, known as B.1.617 or Delta, has been classified as a variant of global concern by the World Health Organisation. Preliminary tests by scientists in the UK, where it now dominates, suggests it may bring a higher risk of hospitalisation.

However in Malta, the dominant variant remains the Alpha, or UK variant, which accounts for 47 per cent of all cases.

Just over half of the adult population (51%) are now fully vaccinated, while 74 per cent have had at least one dose, Gauci said. 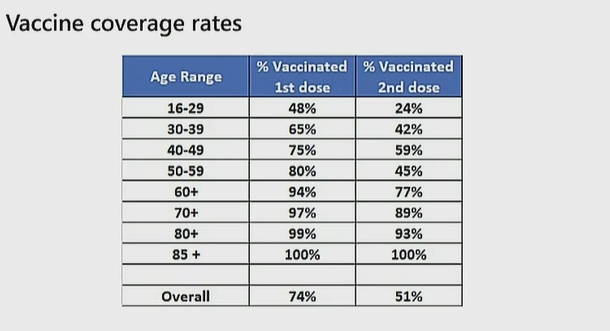 The number of daily infections in Malta has fallen rapidly since a peak in March of more than 500 cases to the current seven-day average of five cases.

Hospitalisation has also dropped to the extent that there are no people being treated in intensive care in either Malta or its sister island, Gozo.  There are also no cases in homes and there have been no deaths in a week.

The average age of someone who tests positive for COVID-19 now stands at 32.

"With these numbers, we are able to open but we need to keep in mind that we must be cautious anyway," Gauci warned.

Speaking days after Malta brought in new rules on arrivals into the country, Gauci said 95 per cent of people had arrived with the correct documentation in the first two days.

None of the arrivals were found to be positive upon arrival but some might develop symptoms while here, she added.

People must bring a Maltese vaccine certificate, a negative PCR test taken within 72 hours or pay €120 for a test at the airport before being allowed into the country.

Gauci reiterated that throughout this month, the only mass activities allowed are weddings and religious celebrations in churches.

She said authorities will soon announce what events are allowed to take place in July.

All kazini can reopen on Sunday, not just those that have feasts, bringing that plan forward by one day. They must be seated in groups of four and only waiter service is allowed.

Gauci also confirmed that Malta's vaccine certificate can only be issued to people who were given both doses of a vaccine in Malta.