Konrad Mizzi finally appeared before a parliamentary committee on Wednesday to answer questions about the Electrogas power station deal, and left 90 minutes later without answering a single one.

Instead, a fired-up Mizzi lashed out at former Nationalist Party administrations, boasted about his role in slashing utility prices and mocked committee chair and PN MP Beppe Fenech Adami as “your royal highness”.

The former energy minister showed up for the Public Accounts Committee (PAC) meeting at 2pm on Wednesday, after a weeks-long game of cat and mouse that saw him summoned four times in total.

But rather than face a grilling from committee members, Mizzi, who as a 2013 Labour candidate fronted the power station pledge, began the meeting by informing the PAC that he had an “oral presentation” to make.

Watch the sitting below

Committee rules allow witnesses to begin their deposition with a personal statement.

The former energy minister began his deposition with a lengthy personal statement in which Mizzi recounted the state of affairs the Labour government found in the energy sector when it entered government in 2013, repeatedly highlighting the high utility prices and bankrupt Enemalta that it found.

Labour had managed to fix those problems, despite repeated claims by the PN that it was impossible to do so, he said.

But as tensions rose, that statement quickly went from Mizzi berating past Nationalist administrations to outright shouting at committee members who tried to interject. 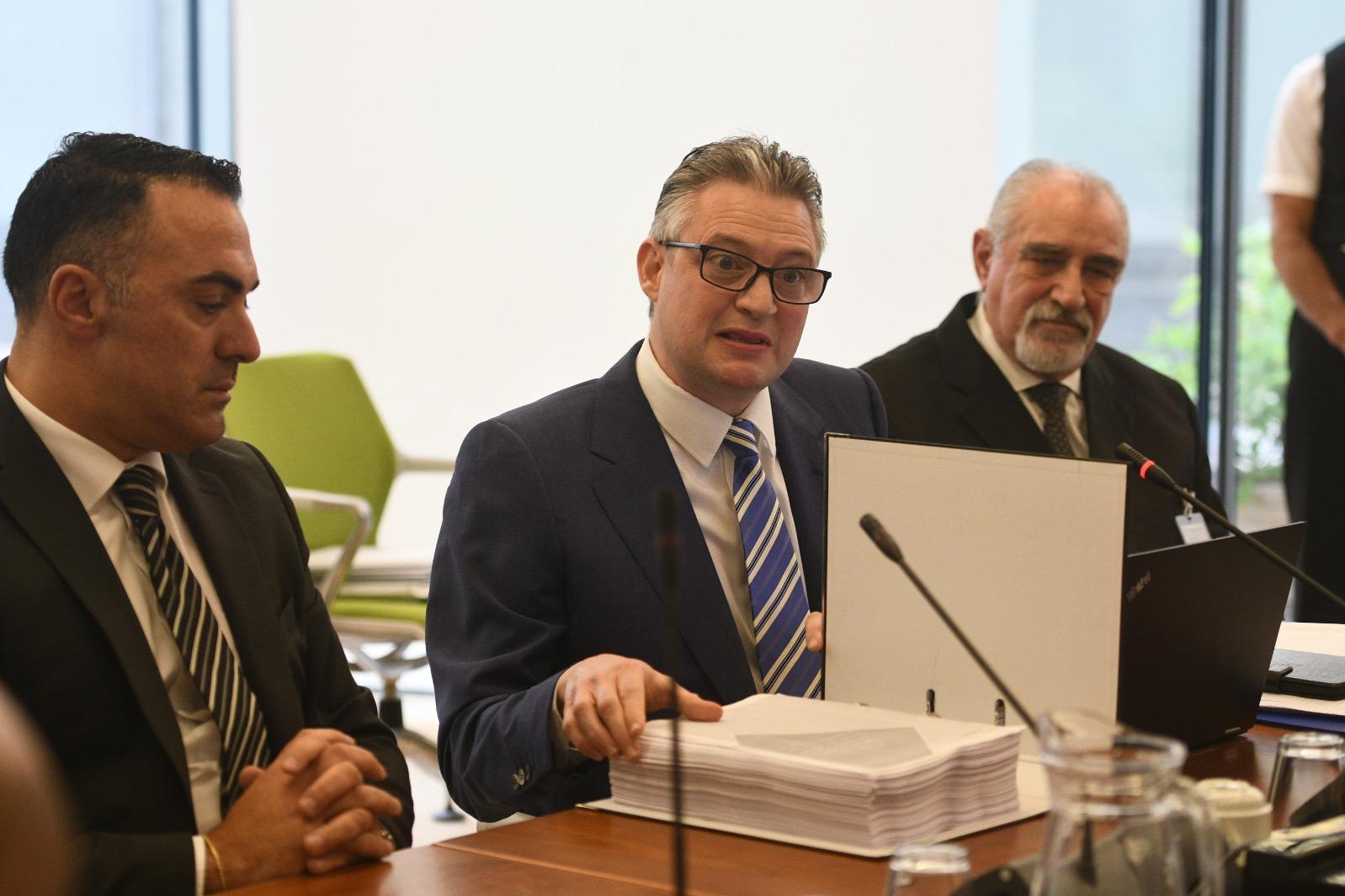 “Wipe that smirk from your face,” Mizzi hissed at MP Karol Aquilina, who accused the controversial politician of being “delusional” and "corrupt"

A fired-up Mizzi lashed out at the Public Accounts Committee, accusing chairman Beppe Fenech Adami of acting like an “over-grown bully”.

“You think you are royalty,” Mizzi raged, telling the committee chair that he thought he could do whatever he liked because his father, Eddie, “was prime minister and made himself president”.

“You are toxic, you are tainted, nobody wants to touch you,” Fenech Adami told the man who was once Labour's star MP but was kicked out of the party's parliamentary group in June last year.

Ostensibly playing to the Labour gallery, Mizzi’s address to the committee was peppered with claims that the PN members of the committee had been repeatedly rejected by the electorate.

Labour members of the PAC remained largely silent throughout, save for MP Glenn Bedingfield who interjected to insist that PN MPs stop interrupting the witness.

Mizzi told members that he would answer questions after giving his statement, but declined to say how long that would take. 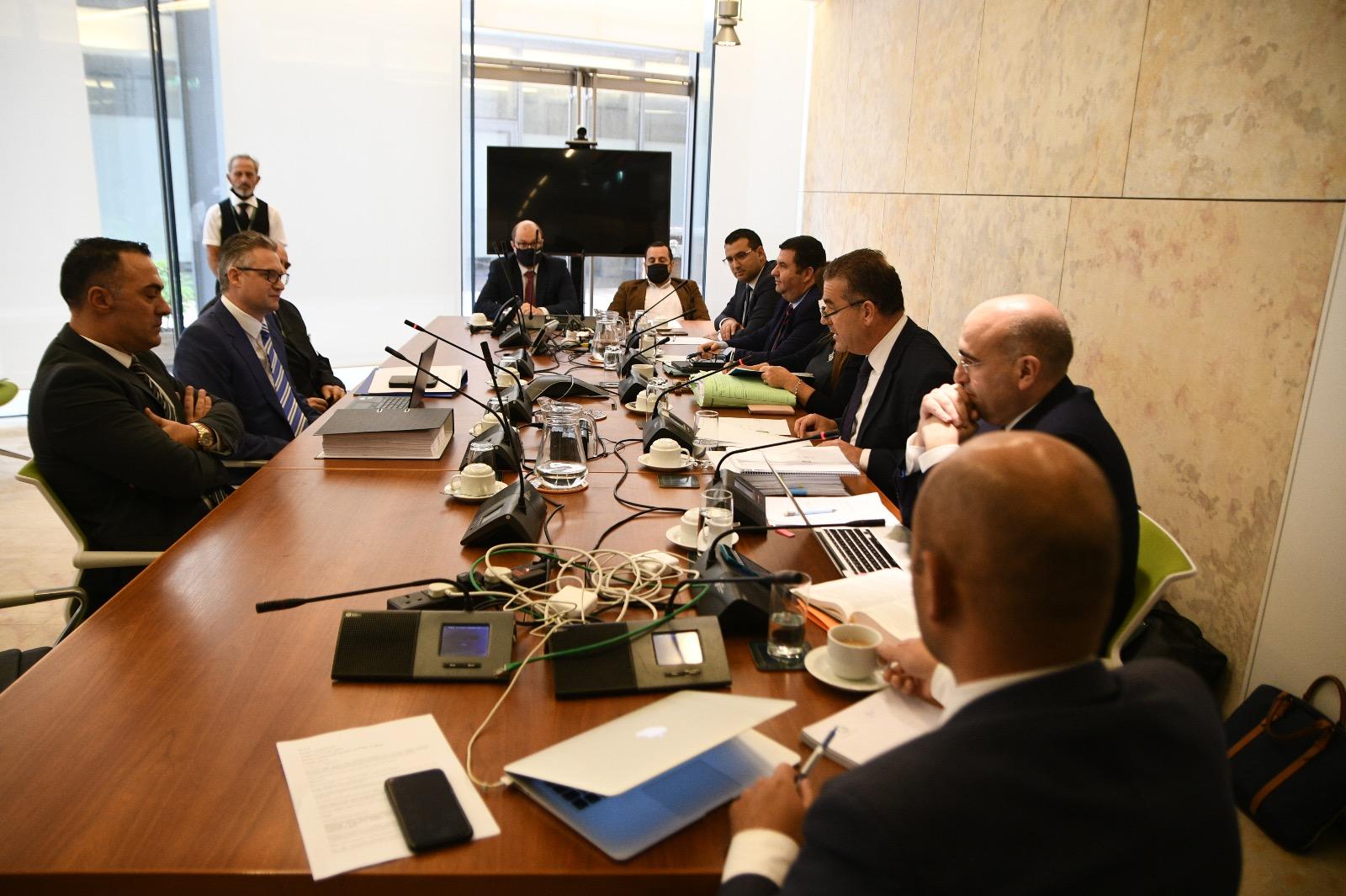 Mizzi and his lawyers on one side of the table, PAC members on the other. Photo: Jonathan Borg

"We can stay here until 11pm if you like," he said at one point and towards the end of Wednesday’s hearing, he told the committee that he was “roughly one-third” of the way through his presentation.

Despite PN MP Karol Aquilina protesting that a January 2019 ruling by Speaker Anġlu Farrugia limited witness statements to a maximum of 10 minutes, Mizzi refused to yield.

The two-hour committee hearing ended at 4pm, but none of the PAC members had managed to put any questions to Mizzi.

The Electrogas deal has been shrouded in controversy even before its frontman, business tycoon Yorgen Fenech, was charged with complicity in the murder of journalist Daphne Caruana Galizia in 2017.

She had been pivotal in exposing alleged corruption between Fenech, Mizzi, and former OPM chief of staff Keith Schembri.

A National Audit Office probe concluded in 2018 that the Electrogas bid to win the lucrative power station deal failed to comply with minimum requirements on “multiple instances”.

Mizzi said that report had flagged a few “administrative shortcomings” but ultimately concluded that the process leading to Electrogas being awarded the contract was a transparent one that ensured a “level playing field”.

At the end of the meeting, Mizzi walked out accompanied by his two lawyers, Carol Peralta and Jean Paul Sammut. He confirmed that he will return to continue his testimony at a later date.

Speaking to Times of Malta outside parliament, he hinted that he planned on using future committee hearings to talk about previous energy projects unrelated to the Electrogas one that is under scrutiny.

Correction November 4: A previous version stated that Mizzi was kicked out of the Labour Party, rather than its parliamentary group.