The European Commission's next chief unveiled her new executive team on Tuesday that, from November 1, will take on a range of tricky challenges, from climate change to an unpredictable US and the Brexit aftermath.

President-elect Ursula von der Leyen divulged the portfolios of her vice presidents and commissioners, drawn from each member state, minus Britain whose government wants to leave the bloc on October 31.

Malta's nominee, Helena Dalli, was picked to take charge of the Equality portfolio.

If von der Leyen's picks are approved by the European Parliament and EU leaders, the Commission will boast near gender parity, with 13 women and 14 men, meeting one of von der Leyen's key modernising pledges.

How portfolios were divided

Frans Timmermans (Netherlands) will coordinate the work on the European Green Deal. He will also manage climate action policy, supported by the Directorate-General for Climate Action.

Margrethe Vestager (Denmark) will coordinate our whole agenda on a Europe fit for the digital age and be the Commissioner for Competition.

Valdis Dombrovskis (Latvia) will coordinate the work on an Economy that Works for People and be the Commissioner for financial services, supported by the Directorate-General for Financial Stability, Financial Services and Capital Markets Union.

Josep Borrell (Spain): HR/VP-designate, A Stronger Europe in the World 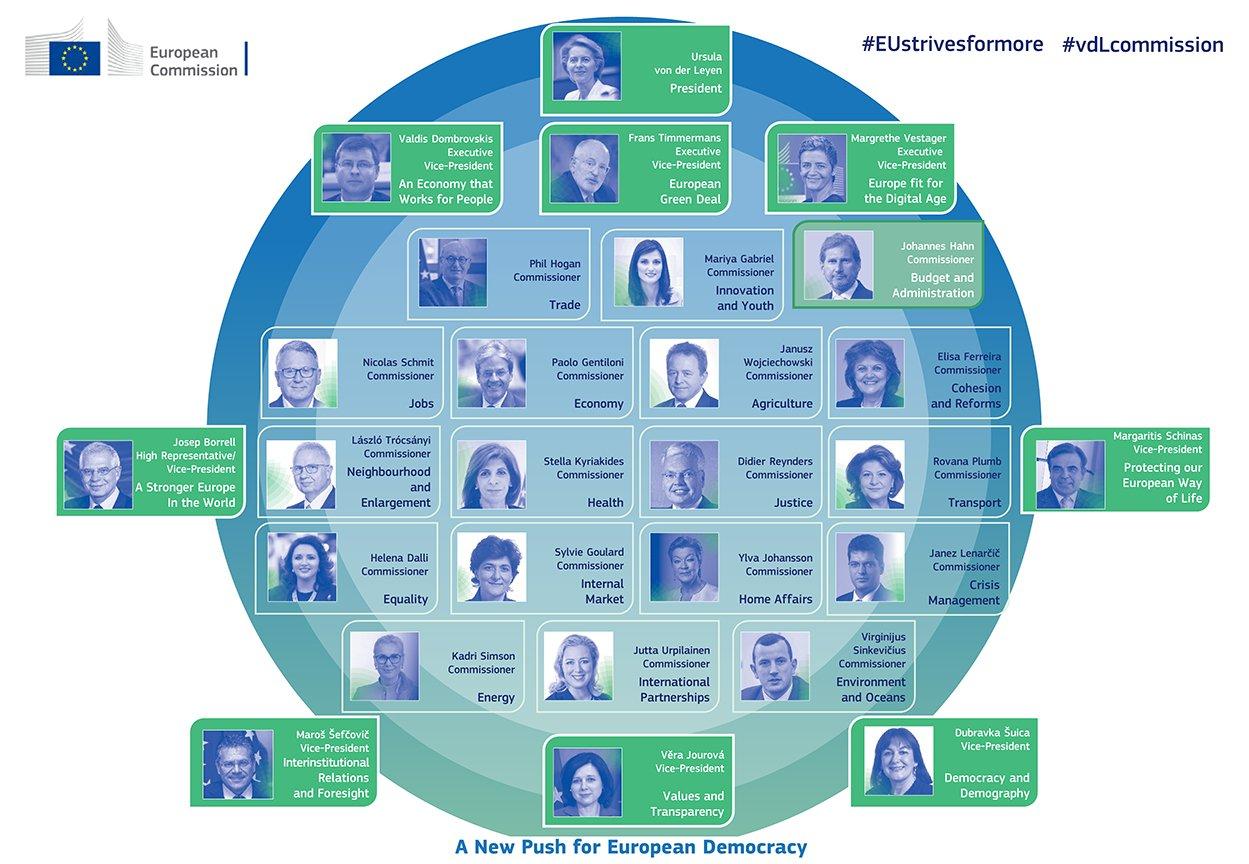 Who will the EU's new Commissioners be?

The global issues they face will include the fight against climate change, trade wars, defending international institutions and defending Europe's commitment to democracy and the rule of law.

They will face headwinds from America, an ally seen by many as unreliable and isolationist under President Donald Trump, who is pressuring Europe on trade and for cracking down on the tax strategies of Silicon Valley giants.

Iran's shrink-back from the landmark nuclear deal it struck with world powers after America's exit, and more generally tensions across the Middle East as well as an assertive Turkey and a troublesome Russia also present foreign policy wildcards for Brussels.

And problems to confront within the European bloc include slowing growth, members such as Poland and Hungary spurning EU principles of solidarity and rule of law, and the populist current that is sustaining far-right politicians.

Von der Leyen spent the last couple of weeks interviewing and vetting a list of candidates whose names were confirmed on Monday, though not their commission posts.

The first big drama they will likely star in will be Brexit, which, if British Prime Minister Boris Johnson gets his way, will be effective from the first day of the new Commission. 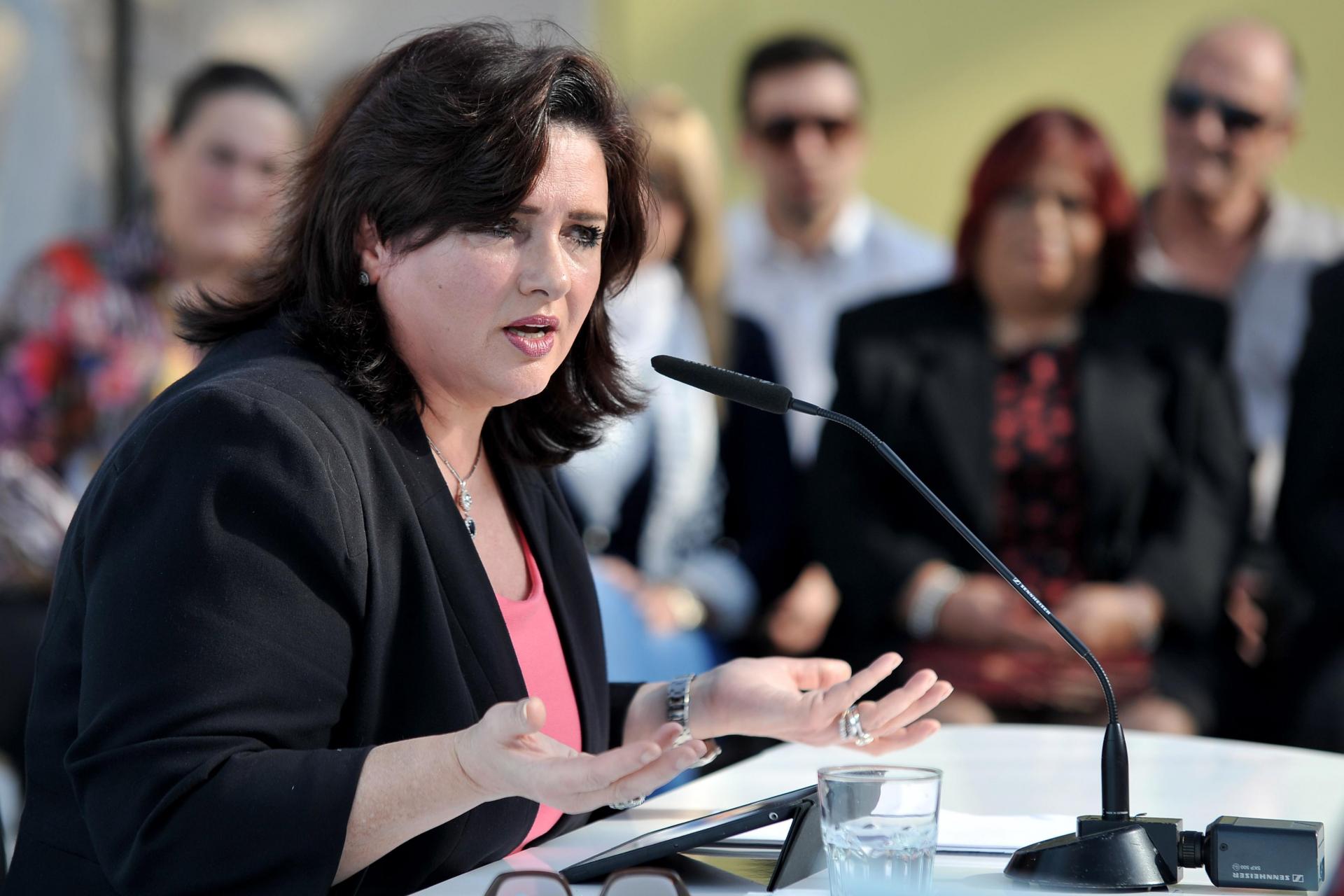 Even if that is the case -- which is not entirely certain given fierce British parliamentary opposition to the no-deal Brexit that Johnson says he is willing to impose -- negotiations to work out Britain's relationship with the EU will drag on for years.

"Our working assumption is that Brexit will happen on the 31st of October," a European Commission spokeswoman said Monday.

With Brexit, the EU would also have to find a way to fill the budget gap left by the departure of the UK, a top-tier economy in the bloc.

Negotiations are under way for the next budget cycle covering 2021-27 and meant to amount to 1.28 trillion euros ($1.4 trillion), but remaining EU members are reticent to increase their contributions to cover the shortfall.

To spur growth in the EU, von der Leyen has vowed to ease the fiscal rectitude that has notably been the hallmark of her home country of Germany.

That issue has taken on added urgency with ominous signs of a possible global recession, or at least a pronounced slowdown not helped by the US-China trade war.