Marsascala residents are fed up with restaurants taking pavements away from pedestrians, often illegally, making them difficult to navigate especially for those with pushchairs or mobility issues.

An exercise carried out by the Marsascala Residents Network and Times of Malta shows that several outlets along the promenade have taken up all the available space in front of them.

In some cases, they are setting up chairs and tables even outside their extended outdoor areas.

Watch a resident in a wheelchair try to get around:

Watch a resident in a wheelchair try to navigate the Marsascala pavements. Video: Karl Andrew Micallef with footage from Marsaskala Residents Network

At least one restaurant set up a structure before applying for a permit while another one defied a removal order.

Still another eatery has had similar work sanctioned. The growing practice in Marsascala is in line with the national trend. Times of Malta has reported that the number of applications for outdoor catering areas shot up last year.

Earlier this month, the Marsascala residents’ network contacted the Planning Authority over a wooden structure set up outside Taninu Bistro, in Triq is-Salini, and was told that the establishment’s architect would be submitting an application for the “works already carried out on site”. 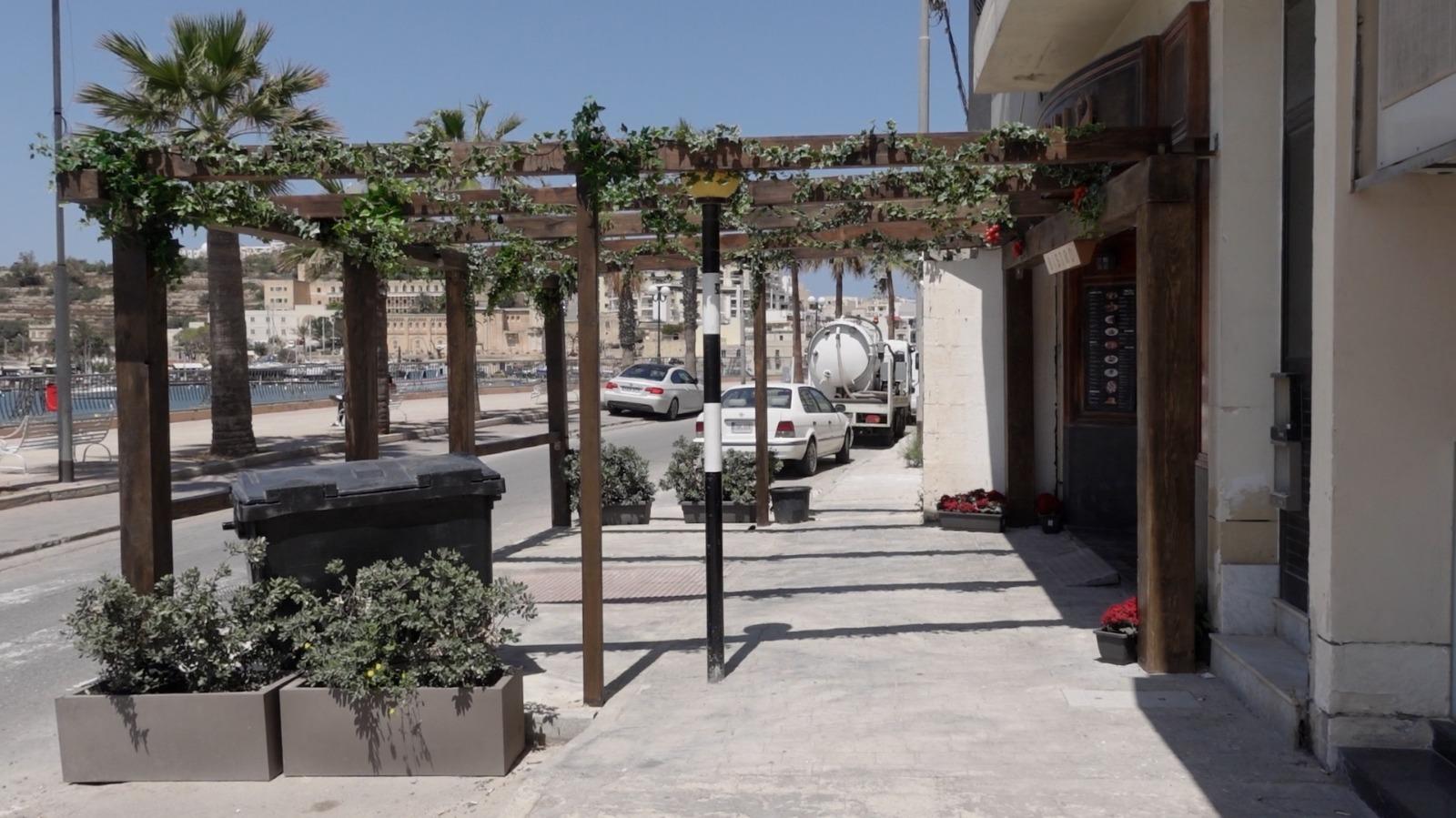 An application has been submitted to sanction this structure.

When contacted by Times of Malta, the Planning Authority said a complaint filed on April 18 was investigated and an application to sanction had been submitted.

“The Planning Authority needs to await a decision on this application.

“Should the application be refused, the compliance and enforcement directorate will follow up the case for the necessary action to be taken,” a PA spokesperson said.

On the other side of the locality, off St Thomas Bay, the Fajtata Kiosk is still setting up tables and chairs despite a 2017 enforcement notice.

According to the PA online database, the case is closed and the ‘illegality’ – consisting of kiosk tables and chairs in a public car park and on the pavement without a permit – removed.

The Planning Authority spokesperson noted that the case was closed on January 17, 2020 when it was confirmed the illegality had been removed. The daily fine was halted. 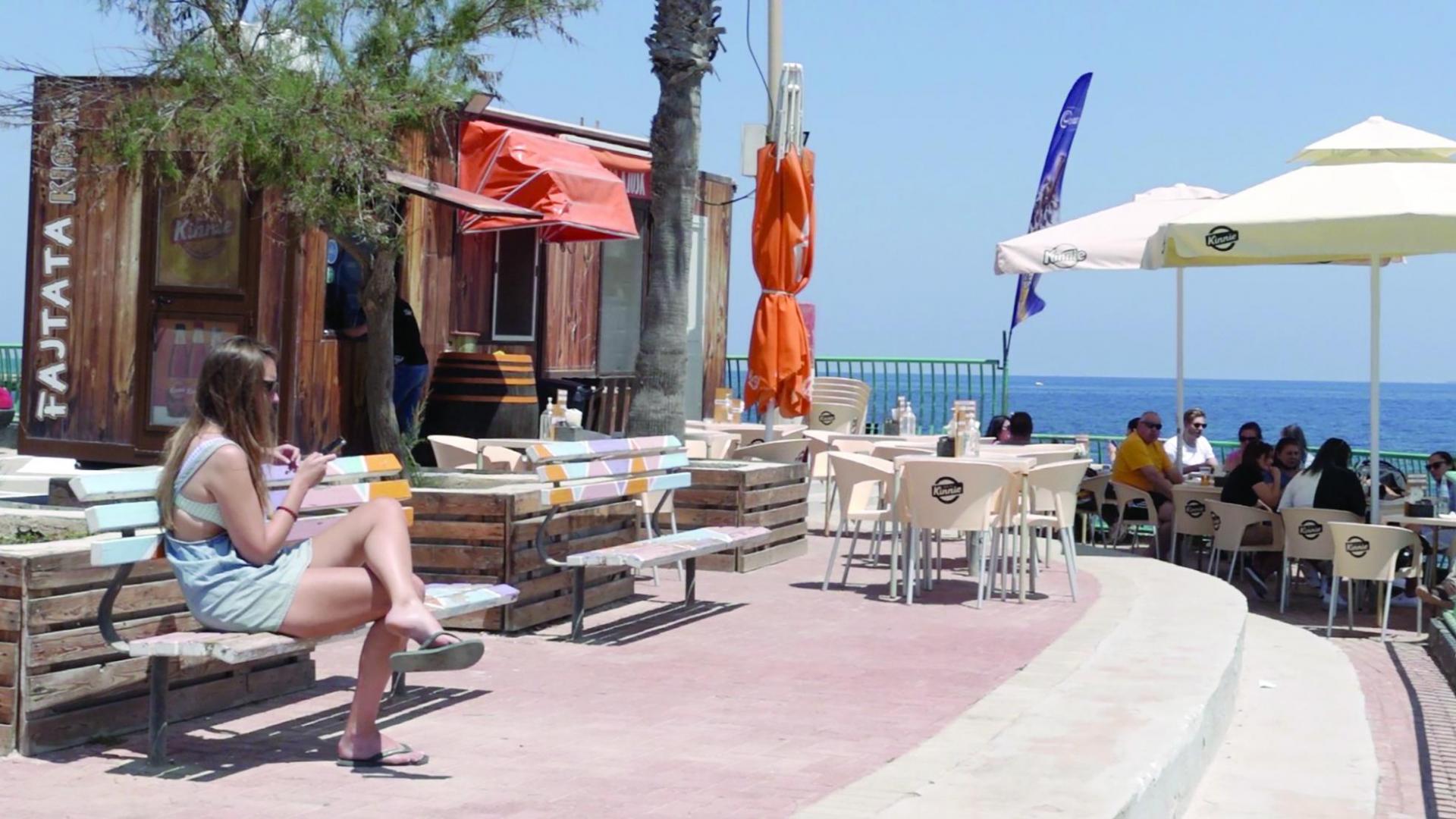 An application for the kiosk has been refused, yet people are still being served.

However, in October of 2021, the illegality was found to have been carried out again while application PA2580/21, proposing “to permanently place a movable kiosk”, was pending.

“Last month, this application was refused by the Planning Commission.  The compliance and enforcement directorate is now following up the case to take necessary action,” the spokesperson said.

The network is questioning the extent to which public land continues to be given up to private eateries.

It is also raising concern about the changing environment of the locality, with front porches – especially along Triq tal-Gardiel – having been turned into an extension of eateries along the road.

“Permits for tables and chairs are usually given on condition that they do not obstruct the free flow of pedestrians but this is not the case for most of Triq ix-Xatt.

“There, people with mobility issues or those with pushchairs, resort to sharing the road with cars as pavements have been turned into an obstacle course.” 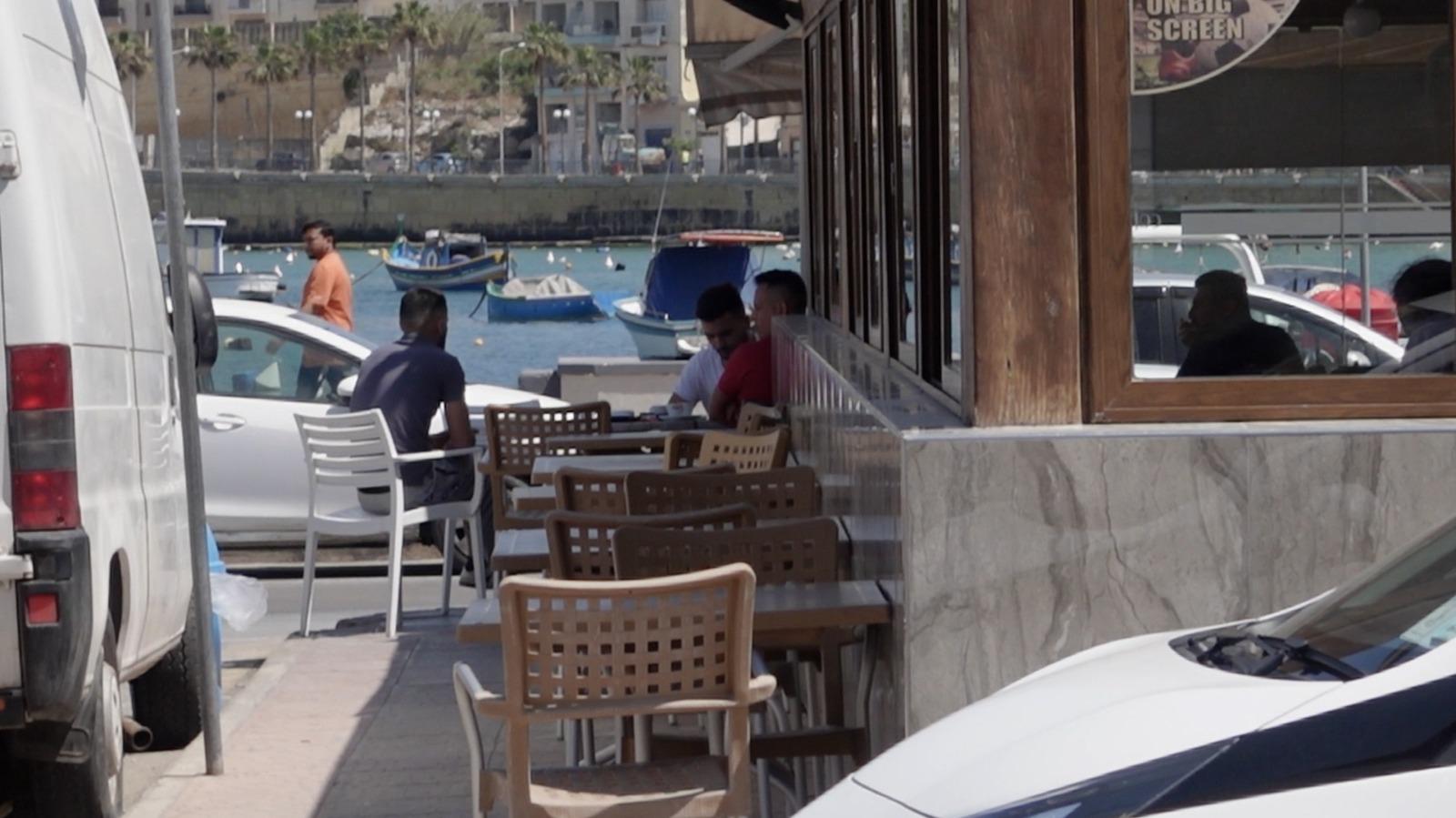 Tables and chairs spread out onto the pavement make pedestrian access impossible. 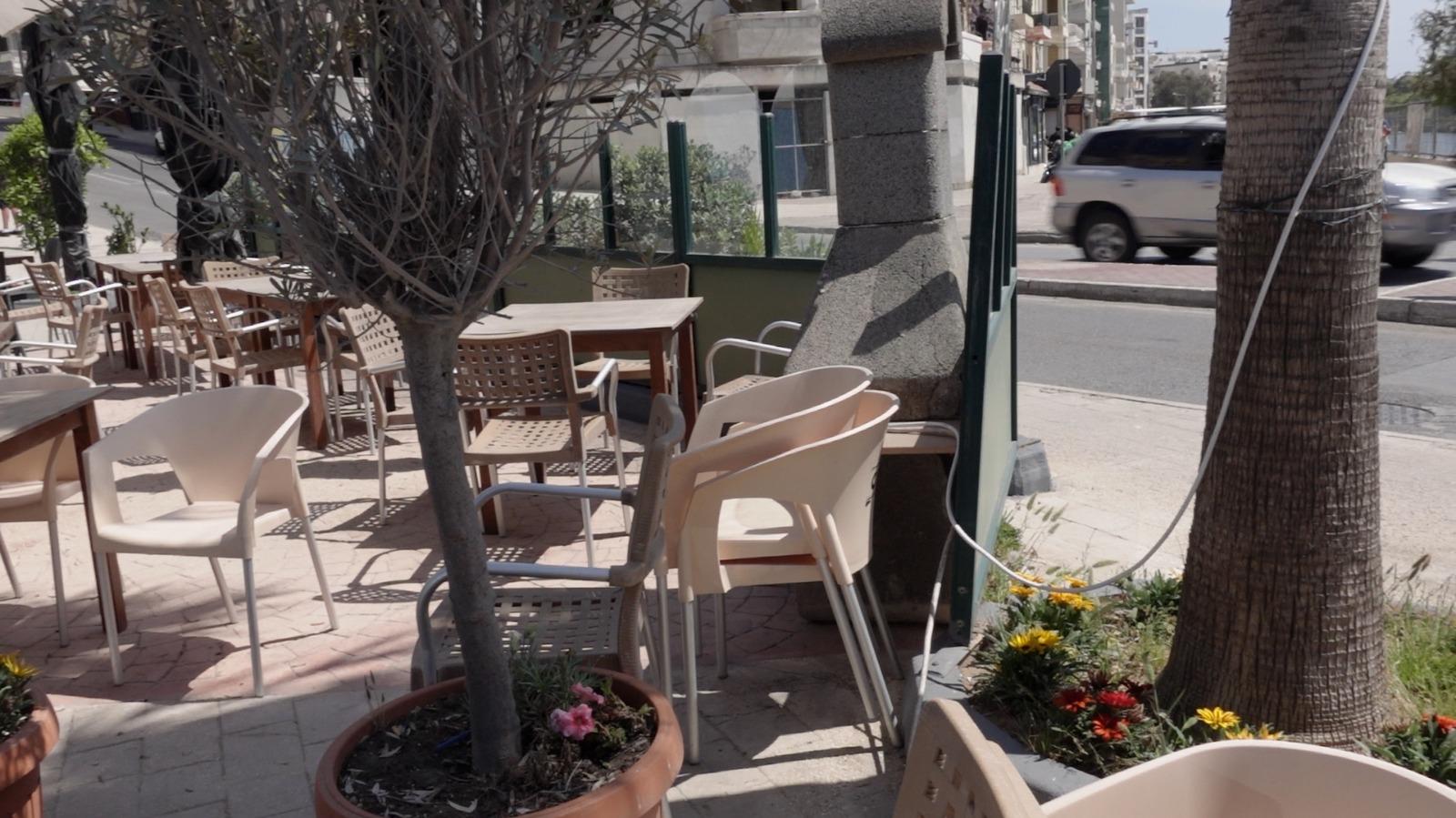 Another pavement taken away from pedestrians. Photo: Karl Andrew Micallef 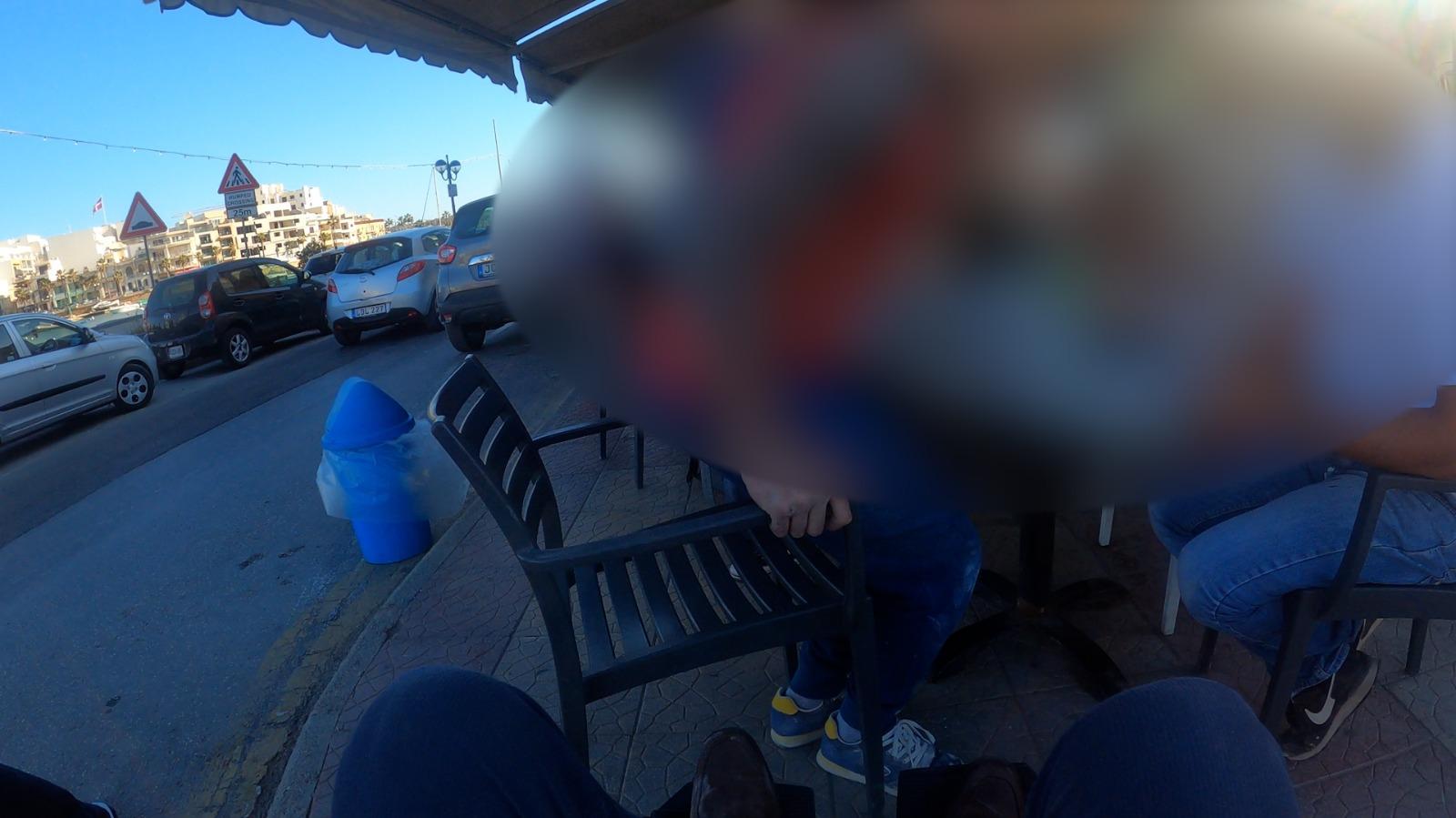 How can a wheelchair user access the pavement? Photo Marsaskala Residents Network