Traumatised residents have been waking up in shock and reliving the terror of Thursday’s collapse of an apartment block wall bordering a construction site.

This was the third such incident in a few months, leading to the evacuation of 16 adults and two children living in the block of five apartments on Mimosa Street, Guardamangia. The area has previously been referred to as Ħamrun by the authorities.

One of the residents, Janet Walker, told The Sunday Times of Malta her seven-year-old niece and 64-year-old mother had spent the last two nights waking up in the middle of the night at any sound, terrified the building they now occupy was going to fall apart.

Another victim of the incident, Nicholai Brincat, said he had spent the last couple of days waking up at night and re-imagining the horror of finding himself homeless after parts of his childhood home came down.

He recalled that, months ago, he used to hear dust falling in his room due to works on the construction project next door.

“We used to move across the room when works were underway because the furniture would start shaking,” Mr Brincat said.

His father, Ray Brincat, said he woke up on Thursday morning to see sunlight flooding his apartment – only to realise the wall was falling apart.

'They only cared about their pockets'

For Mr Brincat and his family, the tragedy highlights developers’ greed.

“They only cared about lining their pockets,” his sister, Anthea Brincat, said.

The next-door plans include a basement garage, two shops at ground level, 15 overlying apartments and two penthouses, according to the Planning Authority website. 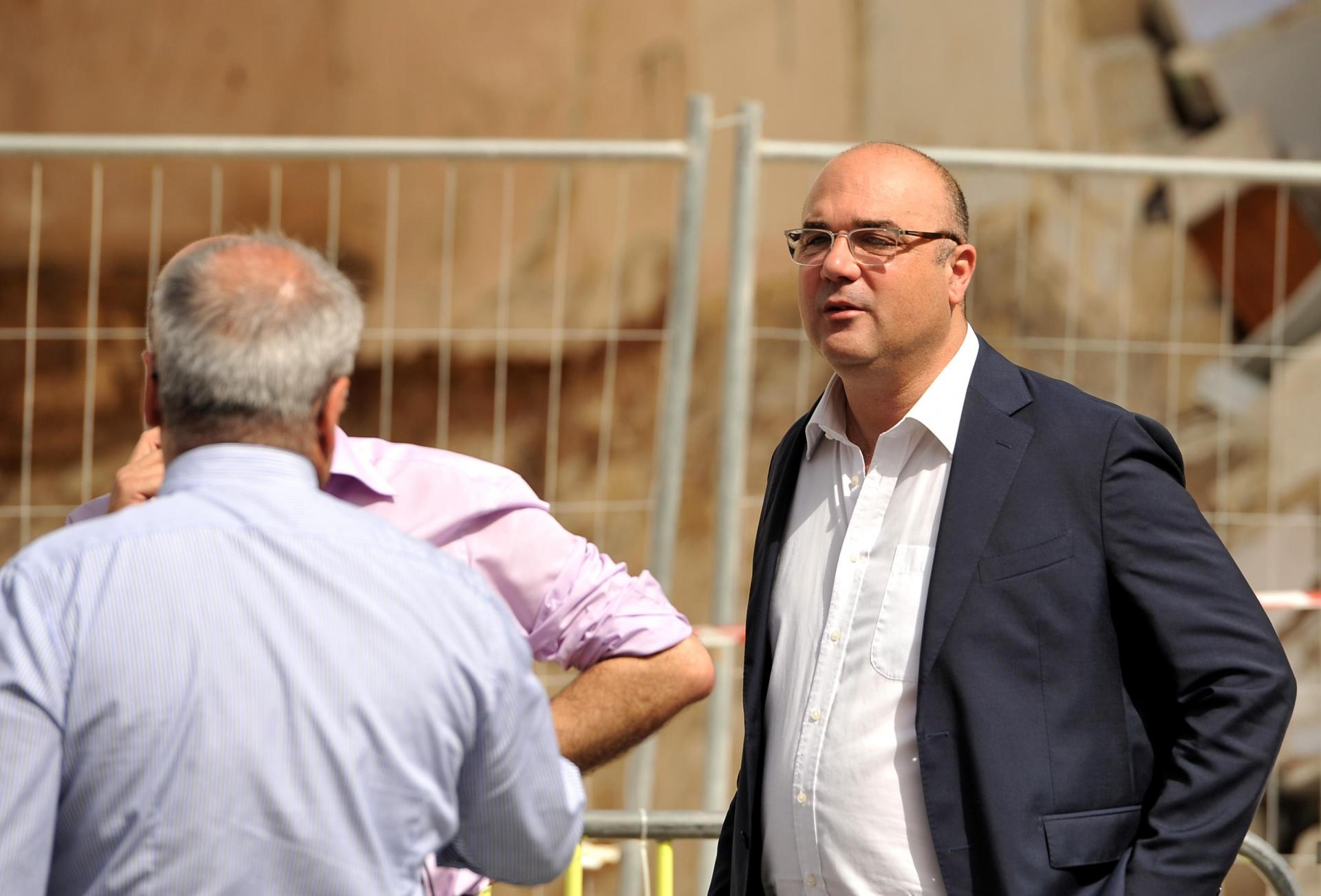 The Brincats were speaking just hours after having spent the night sleeping in Ms Brincat’s car, after they realised there was no security outside their home.

“On Friday I was under the impression that there was some security in front of the building but when I checked it out I did not see any police,” she said. “Then I just decided to walk right into the building to see if anyone would stop me,” she said. “And when no one did, I realised there was no policeman on site.”

Ms Brincat and her brother then spent the night in her small red Citroen, watching over the site to make sure no one entered to steal their personal belongings.

A policeman went to the site after Ms Brincat voiced her concerns on social media. But residents are still worried about their homes being left unguarded and their doors wide open. They are concerned that police reassurances they will monitor the site are “just empty talk”.

Piecing life back together

Three days after the incident, the Brincat family feels they have not yet started to come to terms with the tragedy that took place on Thursday.

“We simply have not yet had the time,” Ms Brincat said. Her father’s wallet, ID cards and credit cards could no longer be accessed and they have been too preoccupied with trying to find alternative accommodation to deal properly with what took place. 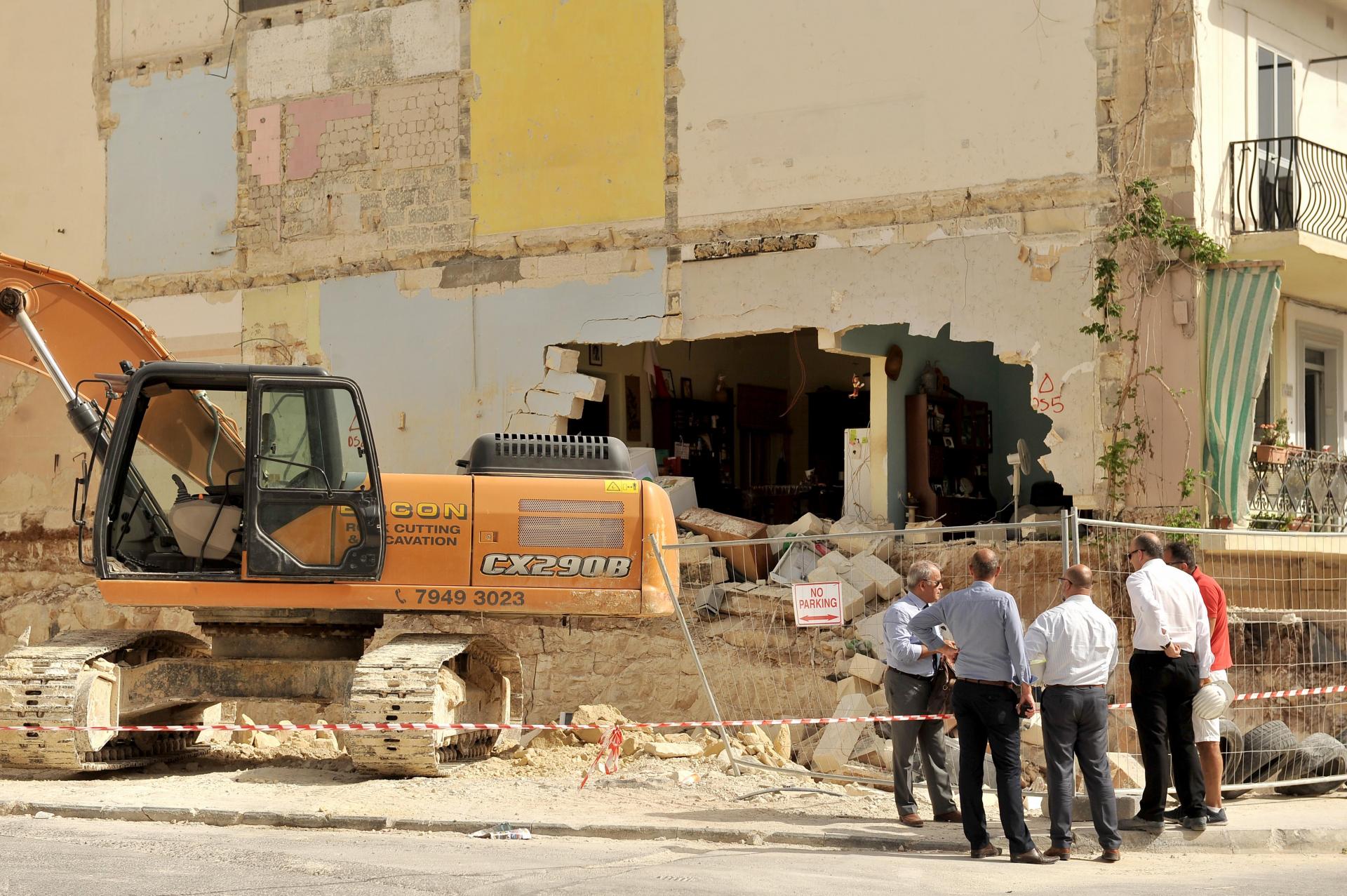 On Thursday, some of the residents said they wondered how they were going to get food to eat, since they rushed out of the house with no cash.

The older ones also needed to get their pills out from their apartments. They then had to think about where they were going to stay.

“The authorities helped, but not immediately,” Ms Brincat said. “We had to reach out to them, they did not come to us.”

The Housing Authority on Saturday announced it had stepped in to help the families who ended up with no home.

The families can start moving in by Monday to apartments described as being in “good condition”. The authority said the contractor responsible for the damage would foot the bill for the costs until there is no more danger and the families could return to their homes. 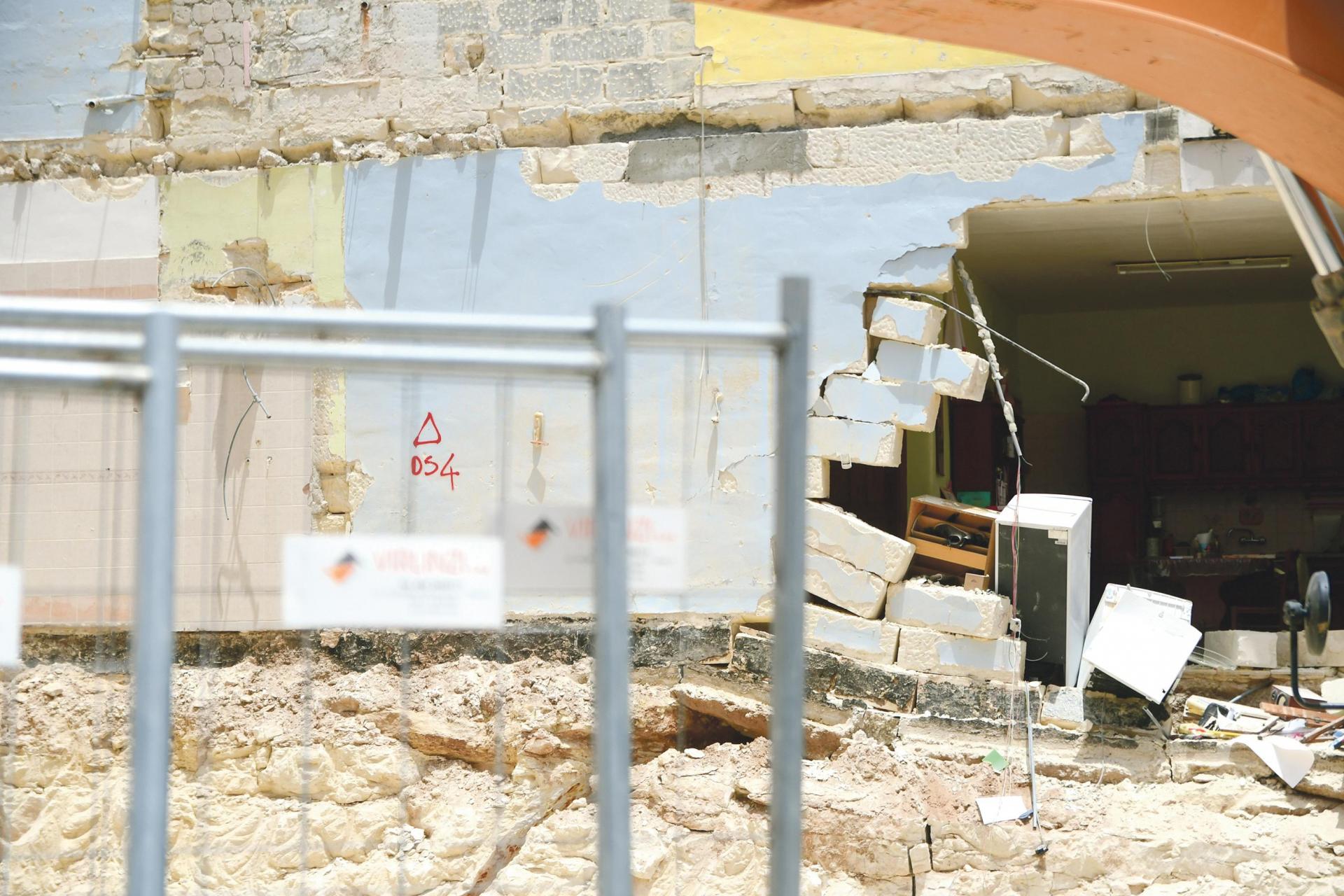 The collapsed wall in Guardamangia.

Ms Walker has said she filed multiple reports on the construction adjacent to her building.

“We had already started seeing cracks in the wall,” she said as she stood  outside her damaged home on Thursday.

According to Pietà mayor Keith Tanti, many residents are worried they may be next. Mr Tanti, who also forwarded reports on the site to the authorities, said several residents had contacted him worried their building would soon collapse.

“We never had any problems before. Then when construction started some months ago, we started seeing water leakages, the floor moving,” Mr Brincat said.

“It’s clear people no longer have a voice,” his sister concluded.

A four-storey apartment block in Mellieħa collapsed earlier this month, with an elderly British woman lucky to survive as her bedroom stayed intact and the rest of the building came down. A neighbouring property is under construction.

An apartment block in Guardamangia next to a construction site collapsed in April, with residents escaping in time to avoid injuries or fatalities. Prime Minister Joseph Muscat had said the incident should not be used to characterise the construction sector.