A prominent pro-choice activist has resorted to the police to report threats posted on social media, just days after she was assaulted in the street.

The posts were made after Prof. Isabel Stabile and other activists embarked on an awareness campaign.

Times of Malta had reported how Stabile and other pro-choice activists had taken to the streets to raise awareness about the need for safe and legal abortion in Malta.  Abortion remains banned under practically all circumstances in Malta.

The protest went on to elicit alleged hate speech and threatening messages posted on Facebook. 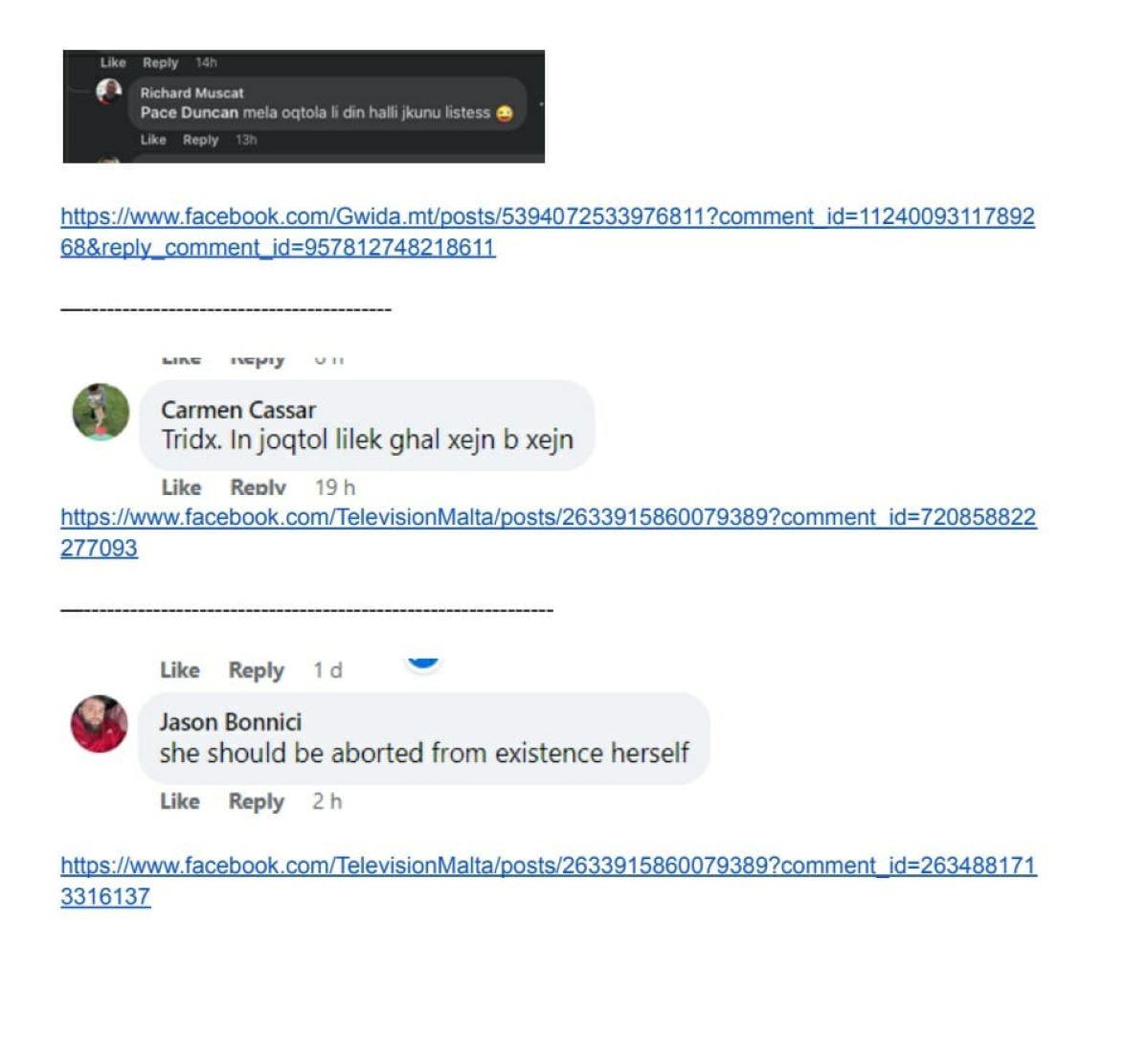 The threats were reported to the police.

One message read: "shall I kill you for no reason then?". Another said: "we should kill her then so they would be the same", while a separate post said: "she should be aborted from existence herself".

Speaking to Times of Malta while waiting at the police station on Saturday afternoon, Stabile said pro-choice activists will keep reporting hate speech and threats because they believe that in a civilised and democratic country, everyone has the right to their beliefs and to express them.

"I will defend any person's right to have a different opinion to mine, but we cannot have this type of language which only serves to dehumanise people. It is simply unacceptable.

She said three similar reports had resulted in convictions in recent years, with one of those charged ordered to pay a fine of €27,000.

"But we waived that fine. It would have destroyed the person, and we do not want that."

Once a report is filed at the police station, it will then go through the Cyber Crime and the Hate Speech units, which will then decide whether the comment constitutes hate speech or a death threat.

The attacks appear to do little to thwart Stabile who pledged to continue with the street campaign calling for the need for legislation for safe abortion.

Last Monday, she was physically assaulted by a woman driving past in Marsa's Aldo Moro Road.