Over the centuries, the Lazzarretto quarantine facility at the harbour ‘represented tangible evidence of the high medical, social, political, legal and commercial advancement of the Maltese’. But imagine being stuck there for two months without internet….

A marble tablet at the Lazzaretto on Manoel Island shows that disobeying quarantine in 1814 could result in a death sentence, making today’s fines for breaking the rules seem like a small price to pay.

The plaque recorded strict enforcement, marking the condemnation to death by hanging of a certain Felice Camilleri for disobeying quarantine. One of the health ‘guardians’, he did, however, receive a pardon from the governor.

Originally, it was fixed to the gallows, positioned prominently to be seen by ships entering harbour and serving as a reminder of the fate of those found guilty of breaching quarantine rules. The original tablet is now in storage at the National Museum, Valletta. 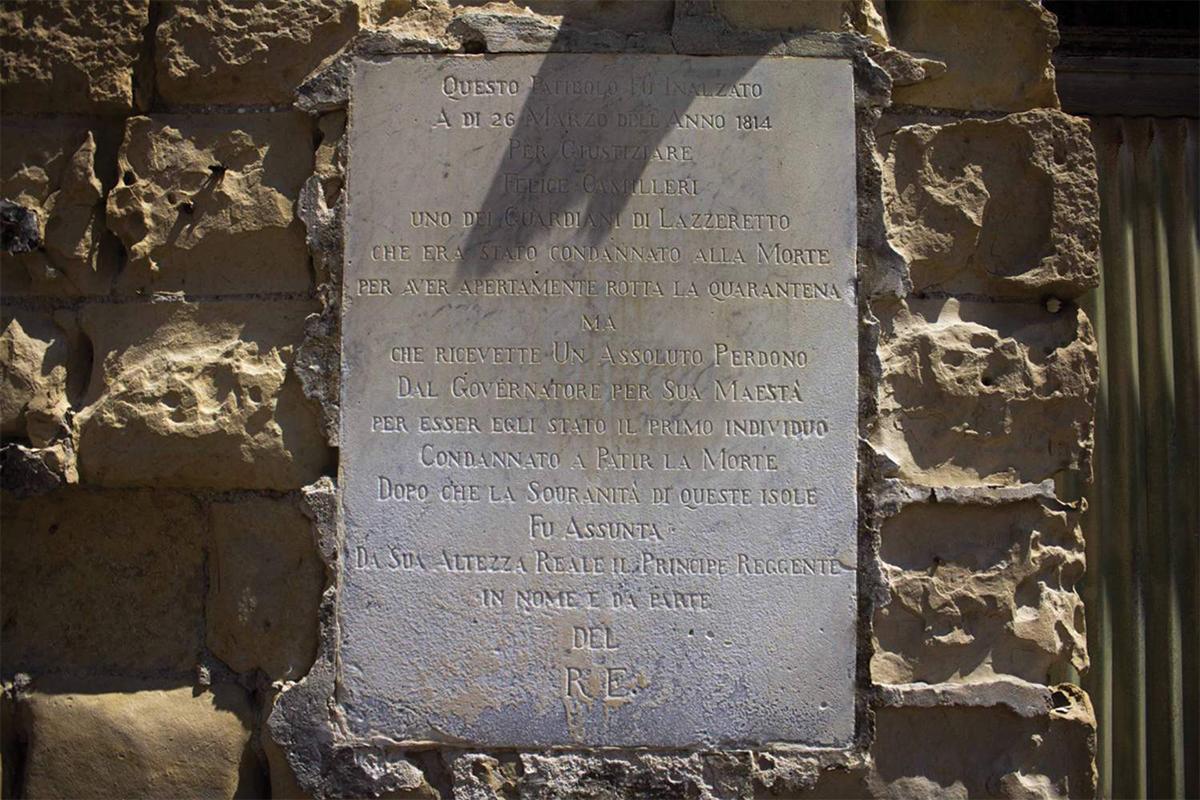 The marble plaque affixed to the façade at the Lazzaretto on Manoel Island.

The dean of the Faculty for the Built Environment at the University of Malta, Prof. Alex Torpiano, adds more colour to the story, saying that, according to author Frans Said, the reason for Camilleri’s attempt to jump quarantine was that he had heard his mother was dying.

As Malta continues to counter the coronavirus, the Lazzaretto is testimony to the country’s resilience in the face of several epidemics throughout history. An isolation hospital until the 1970s, it treated the sick through the plague in 1813, the cholera epidemic in 1865 and the plague again in 1937.

Manoel Island has been associated with quarantine for at least 400 years. Aspects of the old systems throughout the centuries, highlighted by Prof. Joseph Galea in 1966 and other historians, are interesting in light of today’s scenario.

Back in the day, it was not just about santisers and constant 20-second handwashing with soap… The latest addition to the complex, a specially designed disinfection centre, saw personnel enter a long hall from a door facing the sea, where they had to undress before proceeding into shower cubicles to cleanse themselves under warm water treated with disinfectant. They then wore fully disinfected clothes – a practice used extensively during the foot-and-mouth epidemic.

Letters from overseas were also disinfected, with the procedure already in place by 1678 when they were ‘perfumed’ after being slit. The Profumo Office was in operation at the Lazzaretto by 1812 and disinfected mail that was marked with red wax seals. 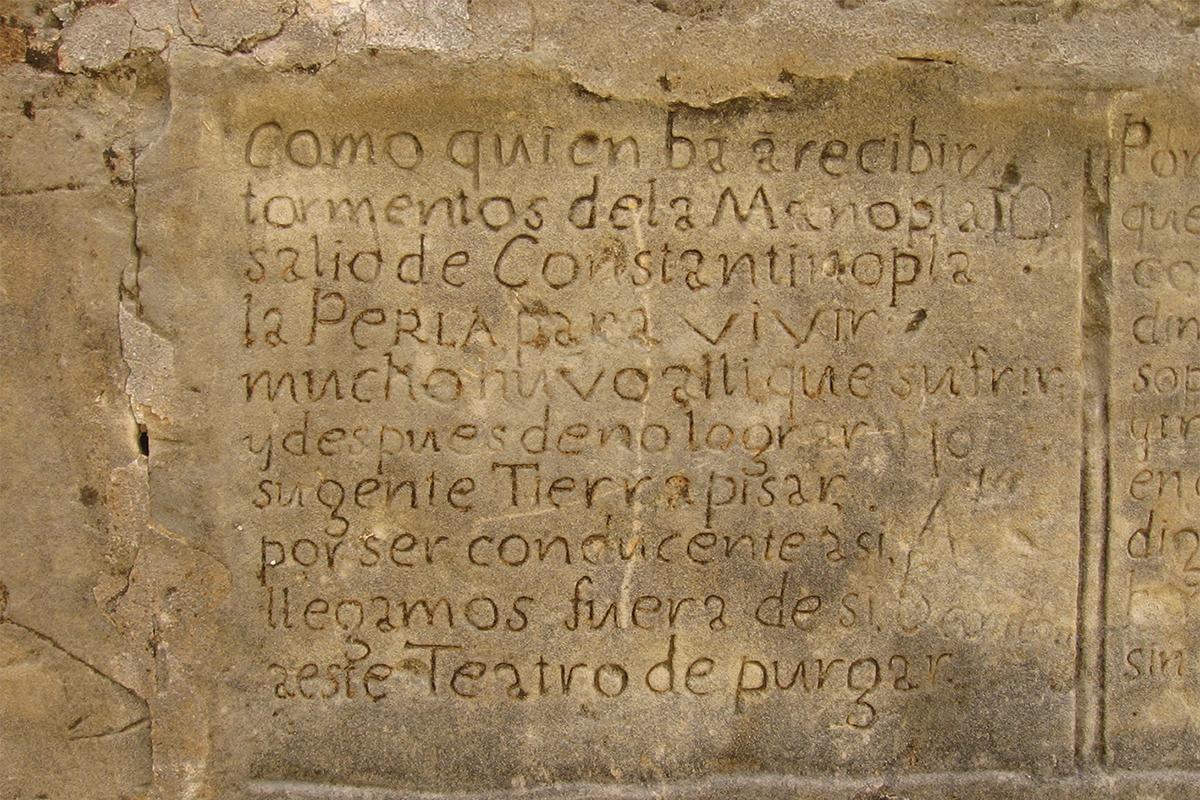 Graffiti scratched into the wall on the terraces of the Lazzaretto, on either side of the nunnery, by the inmates, and later by soldiers garrisoned there. 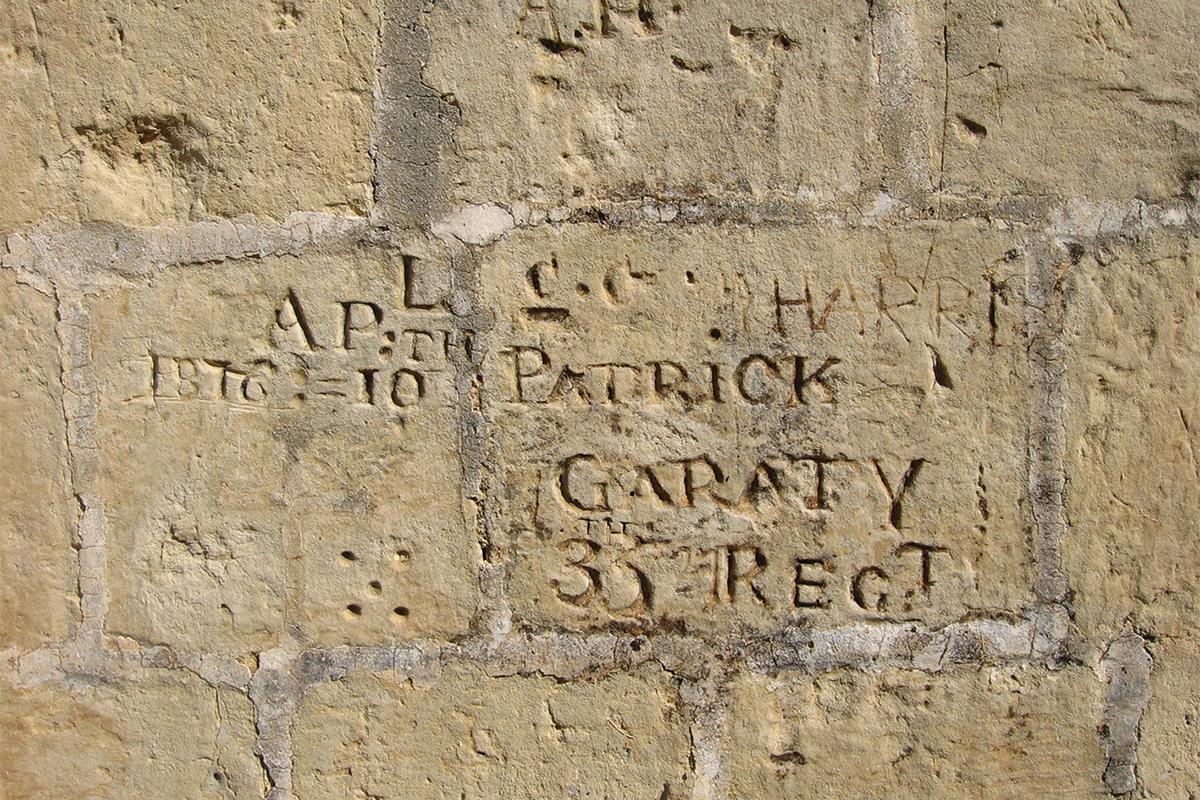 Back in the day, the Captain of the Lazzaretto, also known as the Superintendent General, was a very important man, who wielded extensive powers. According to historians, his was the final word on the control of the quarantine harbour and he resented interference from the highest officers, resulting in conflicts between them.

While Mass has been called off over coronavirus concerns, almost 400 years ago, before the possibility of daily transmissions on TV and websites, the solution was to build the Chapel of St Roche on the Valletta side across the water.

The gardjola (sentry box), beneath what is now the Phoenicia Hotel opposite the Lazzaretto, may have been used to say Mass within sight of the inmates, but far enough for the priest to be safe from contamination, although Torpiano does not have documentary evidence to substantiate this. During epidemics, it is said the host would be presented at the end of a long stick. 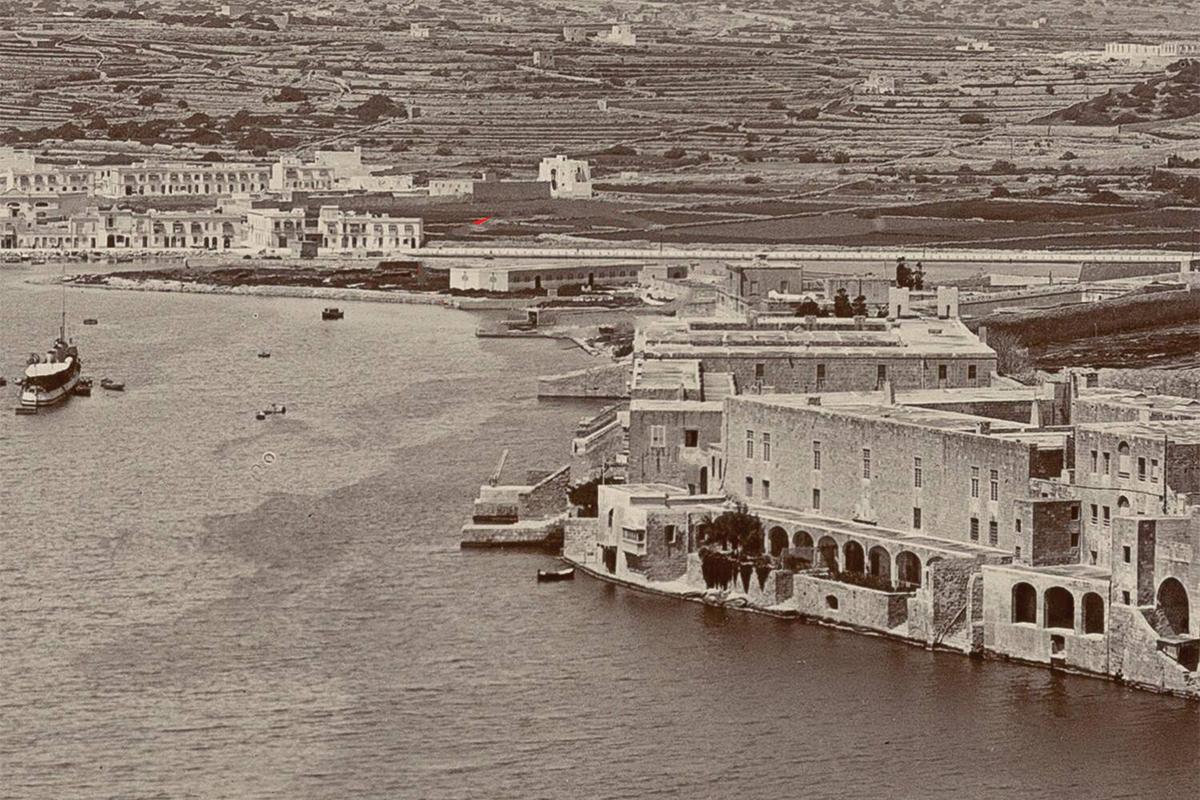 An irate Byron graffitied his name on the courtyard wall, but the autograph did not survive the ravages of time. Other inscriptions reveal the boredom and frustration of those in quarantine. Lockdown without technology meant they spent their time idling about and sunning themselves in the courtyard.

Those fastidious about food, however, could order their à la carte meals from a restaurant attached to the Lazzaretto.

At the height of Malta’s worst plague outbreak in 1672, which decimated its population, the Lazzaretto was already gaining a reputation as a well-established quarantine station.

It “represented tangible evidence of the high medical, social, political, legal and commercial advancement attained by the Maltese,” wrote Cassar.

Apart from the contribution of grandmasters to the extension of the complex, the British era also saw improvements that convinced some it was the best quarantine institution in the world and was considered a “model”.

Of course, the situation also got out of hand at times, with the admission of patients increasing to the point that no more could be accommodated at the Lazzaretto, resulting in no separation between the suspect and confirmed cases and not enough doctors and nurses.

Following the departure of the British in Malta in 1979, neglect and vandalism stepped up. The Lazaretto was abandoned and fell into a state of disrepair. Today, it is part of the restoration project undertaken by Midi plc.