In the second of a three-part article, Joe Zammit Ciantar reminisces about Xlendi during his childhood days and shares his nostalgic feelings for the hamlet as he knew it and his concern about how it has developed over the years. Read part one.

There are some personal experiences associated with Xlendi of my past, which have remained nostalgic to recall and write about.

I do not recall my father ever joining mum and us five siblings when we spent a day in Xlendi. We used to take the bus from Pjazza Tomba in Rabat in the morning and return home with the afternoon bus, leaving the bay at about 4pm. Naturally, this took place in summer.

As soon as we reached the bay, we would look for shelter under one of the few large tamarisk trees – of which today only one or two remain – that grew by the low wall that divided the street from the beach, settle down clothes and food mum used to prepare with great love for us, and change into our swimsuits. Then we would swim and play in the shallow waters nearby, where mum was sure there was no threatening danger for any of us. 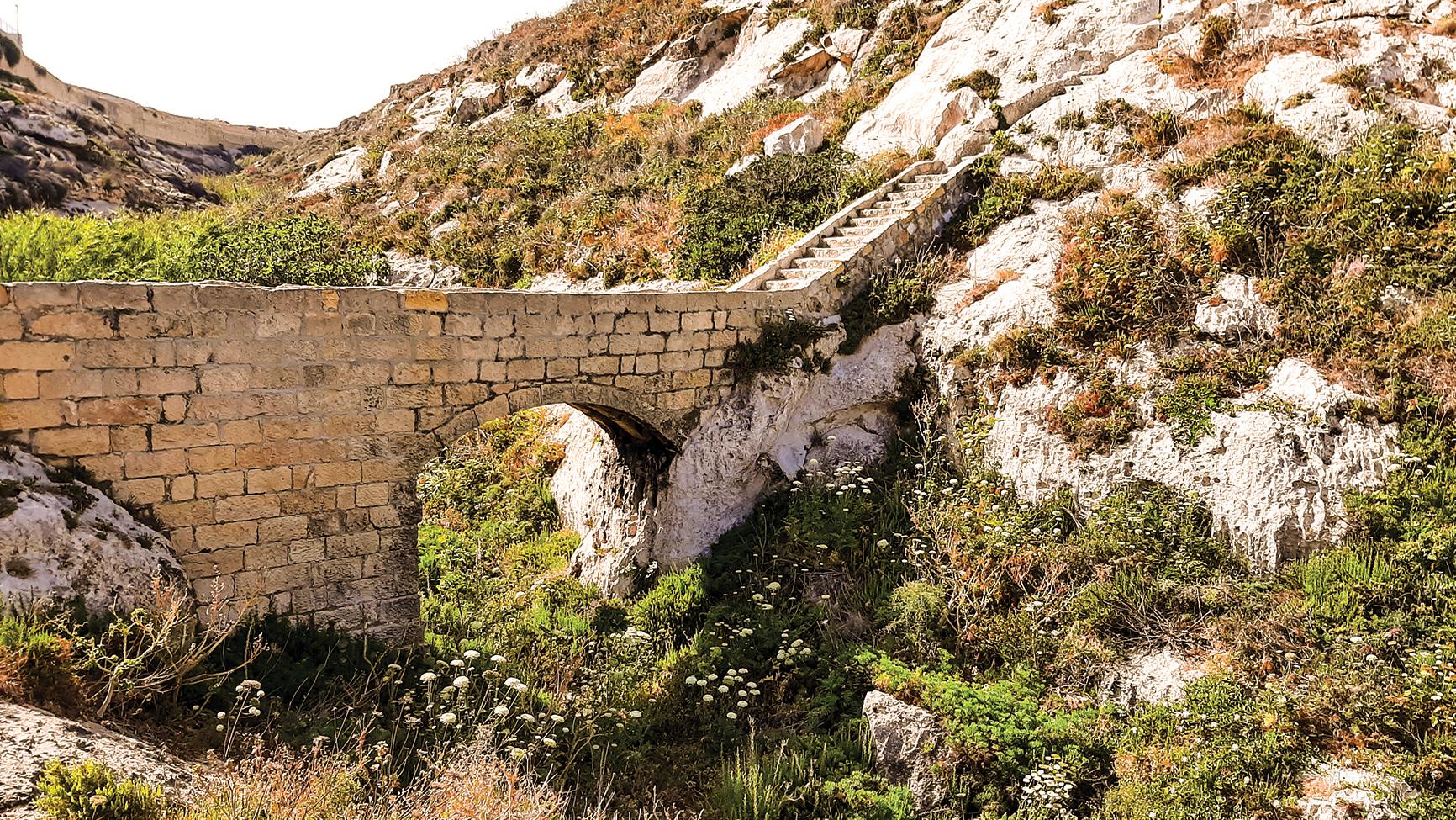 The bridge over the inlet known as Il-Kantra. Photo: Giovanni Zammit

‘Il-baħar jiftaħ l-aptit’ says a Maltese proverb or ‘the sea arouses appetite’. And sure enough, after spending some time swimming, my two brothers, two sisters and I enjoyed – and how? – the tasty fresh Maltese bread slices, embalmed with tomatoes or tomato paste and capers, and genuine olive oil.

In the afternoon, before we would change into our clothes for our return home, we would go up midway the only road that leads to Il-Kantra, and shower ourselves from the sand and salty water with the cold running fresh water of a controlled but tap-less natural spring gushing out from the rock, on the left.

With the eventual necessary control of underground table water, this spring was closed once and for all. Even if it were not closed by the authorities, with the modern building development above it, its water – like that of many natural springs all over the island – would have become polluted.

In my childhood, I was enrolled a boy scout with the Salesian Boy Scouts of Victoria when I was almost 11… and remained a scout all my life.

I enjoyed the tasty fresh Maltese bread slices, embalmed with tomatoes or tomato paste and capers, and genuine olive oil

Besides the weekly meetings held in the old chapel (it was brought down in the 1950s) of the once medieval cemetery in the grounds at the back of the Salesian Oratory of Don Bosco built in the late 1940s and early 1950s, during the Christmas and Easter school holidays and in summer, the group used to organise week-long camps on a large open space on the slopes of Wied il-Mielaħ and in Xlendi, on the then barren and virgin land, up at the top and end of the road leading to Il-Kantra, on the opposite of the heights on the other side of the bay. 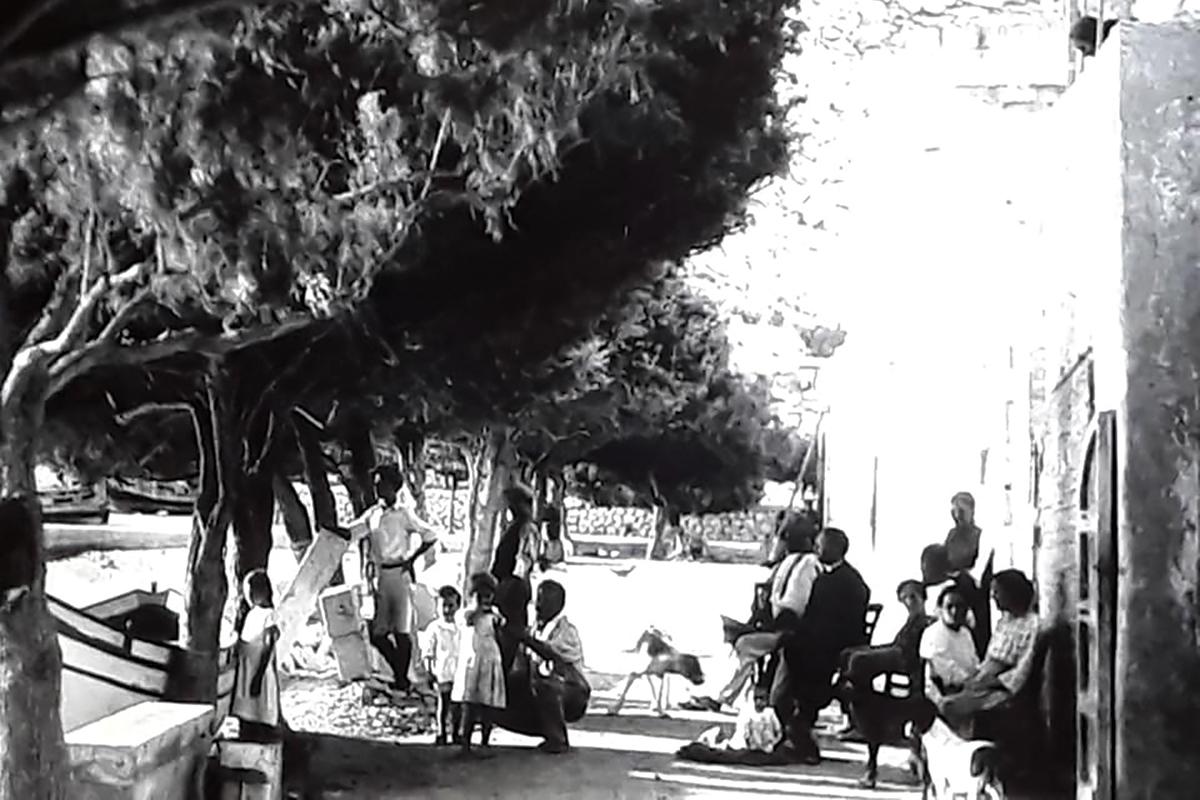 The tamarisk tree (the first on the left) where the author’s family used to shelter when spending the day at Xlendi. Photo: Ġużeppi Cremona tal-Kaptan

I used to enjoy camping and participating in all the edifying activities that were organised – exercises, games, cooking, singing and swimming, among other activities. The day used to be programmed with time slots for breakfast, cleaning and making ‘beds’, cooking, lunch, afternoon tea, dinner and bonfires, of course. Sometimes we used to go swimming in both morning and afternoon.

However, I did not know how to swim! Besides, in the sea, I always have the feeling of missing breath as soon as I do not feel the bottom of the sea beneath my feet. But most of my colleagues – if not all of them – knew how to swim and how! 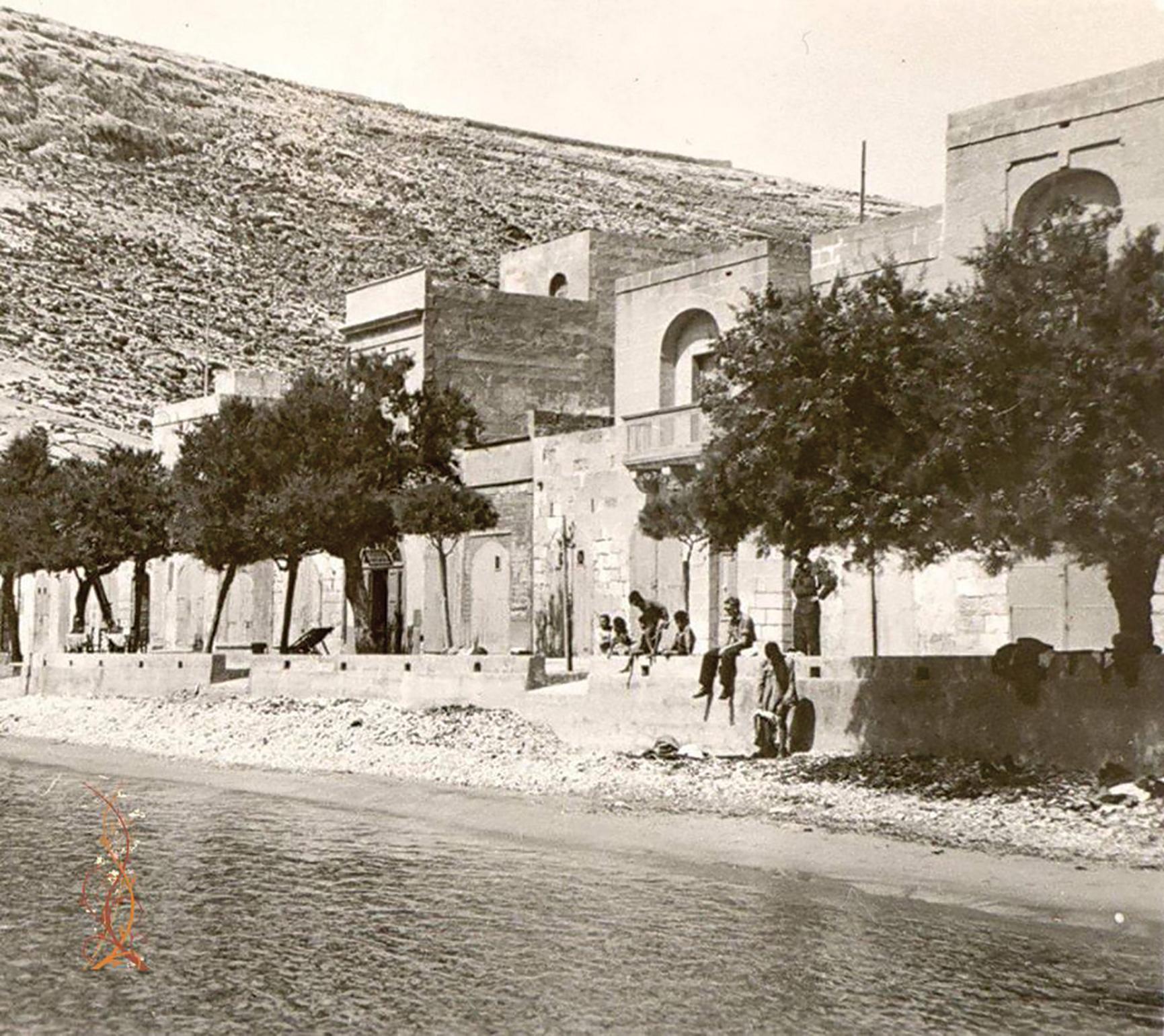 They used to play all sorts of games while in the sea. They used to jump from heights into deep waters and dive, and swim long distances holding their breath without surfacing, for a long time. Some even dared swim across the width of the bay to L-Għar ta’ Karollina on the other side. Others would swim to the ‘skoll’ [a reef] in the middle of the enclosed bay, and with their talking and shouting and laughter, enliven the bay.

While I used to enjoy ‘swimming’ in the shallow water, I was always on tenterhooks, thinking that someone would come and push me down in deeper water and hold me – playfully for him – there for time longer than my breath would take, as some used to do.

Later on in life, I practised exercise and sport… but kept and still keep within reach of shallower waters and the coast, whether in Xlendi, Marsalforn, or Iż-Żewwieqa in Gozo, or the Sliema Front, Font Għadir, or It-Torri l-Abjad in Malta.

Among the duties scouts had to perform during long camping activities, there was the disciplinary, educational, yet tedious ‘night-watch’. Everybody – in twos – had to provide an hour night-watching the camp site, from intruding dogs especially.

The first night I was assigned this responsibility was during a long camping adventure at Xlendi I attended … when I was still 11 or perhaps 12 years old. It was my first camp experience. 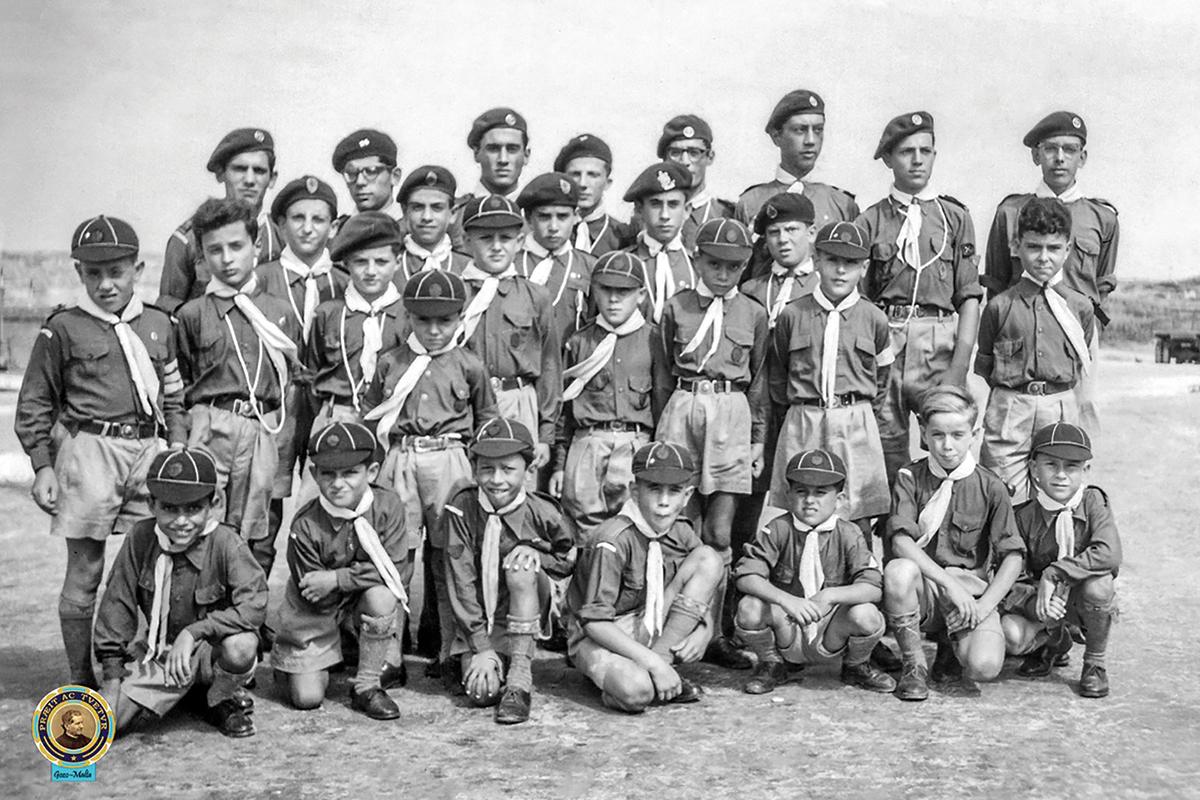 I was awakened by one of the couple who had night-watched between midnight and 1am, before a colleague and I were due for our turn.

No sooner had we dressed up and took our post outside the tents than sudden startling, frightening, very loud baby-like shrieky cries broke the silence of the night, which echoed between the heights embracing the bay and made my heartbeat stop. They were the first-ever cries of the sort I had ever heard in my young age. I was frightened to death. And if I were still a little bit sleepy before, those cries brought all my senses to full alertness. I was really terrified.

“They are the cries of seagulls that live and nest in the crevices and cracks of the heights on the other side,” was the reassuring explanation of my knowledgeable colleague who helped me recover my breath and my heart return to beat normally.

I am an avid nature lover but, at that tender age, I had not yet experienced this ornithological wonder.

This is part two in a three-part series of articles. Read part one.