The Malta Tourism Authority is allowing establishments to set up tables and chairs outside their enclosed areas, as long as a formal request is submitted first.

Sliema residents recently noticed that popular seaside restaurants Paradise Exiles and Surfside had placed chairs and tables outside, on the public rocky beach.

While those outside Surfside were removed after MTA officials intervened, tables and chairs on the beach outside Paradise Exiles are set to remain until at least the end of June, with the establishment having obtained MTA permission for them.

An MTA spokesperson said that permission for such seating arrangements is being granted due to ongoing COVID-19 restrictions.

“Establishments are permitted until September or for as long as the Superintendent of Public Health declares that the requirements of COVID related to distance is no longer required,” the spokesperson said, adding that the permission is granted only if it is requested by the establishments.

This temporary permission is being granted to establishments everywhere, not just in Sliema. Any unauthorised tables and chairs placed without the MTA’s permission will be removed.

Under current health protocols, restaurants and snack bars must maintain a two-metre gap between seated tables and only serve restricted groups seated together. As of Monday, groups can be of up to six people.

Surfside owner Justin Gambin told Times of Malta that he had placed tables outside after seeing other establishments do so, only to be told by MTA officials that he was not allowed to do so.

“We would be happier if everyone stuck to the same rules and regulations and did not increase the amount of chairs and tables they put outside of their establishment,” he said.

Gambin said that he has now written to the MTA to obtain explicit permission to place tables and chairs outside his establishment once again. 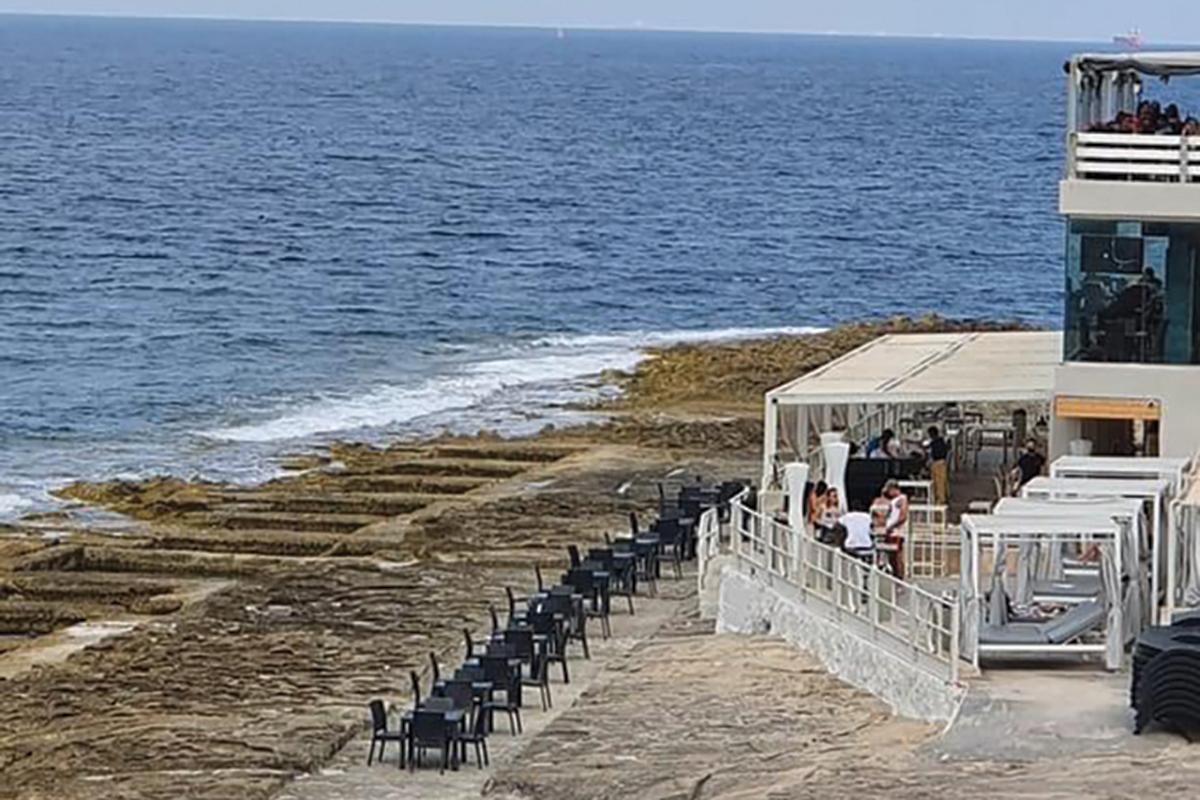 Beach furniture outside Surfside has been removed.

A Paradise Exiles spokesperson said that tables and chairs are not left outside on the beach.

“Our wooden benches are stowed in an area that is permitted for storage and, should beachgoers ask for our services,  we offer them a sanitised table and take it on the beach in the area they occupy as beachgoers,” it said.

Sliema mayor Anthony Chircop said that the town’s local council had received several complaints about the extension of seating areas onto beaches, but said councillors’ power was limited.

"We always inform those requesting permission from MTA that tables and chairs should not obstruct passageways or block access for those with pushchairs or using wheelchairs,” he said.

He said that if such rules are breached, the local council can object to MTA providing a permit to a certain establishment. "We can object, but this does not mean we can stop them."

“If establishments break any of the regulations stipulated, reports must be forwarded to the MTA or other enforcement officials,” he said, adding that permits issued by the council were only for short-term events such as feasts.