A study showing a 12 percentage point jump over last year in millennials wanting to move abroad, with the majority worried about the environment and overdevelopment, provides “very important insights” into young peoples’ values, according to an expert on youth and community.

But whether these dreams and concerns are translated into this group actually leaving the country is difficult to say, and time will tell, says Maria Pisani, a senior lecturer in the Faculty for Social Wellbeing at the University of Malta.

While the EY Generate Youth Survey, released on Thursday, comments on the booming economy at the onset of the pandemic, the results suggest a sense of fatigue and disillusionment, together with the obsession with GDP and economic growth, Pisani pointed out.

“Young people are more interested in preserving the land, nature and environment, rather than economic growth and immigration – an interesting new take on protecting ‘nation’ and the dominant politi­cal discourse of the past two decades,” she deduced.

Young people are more interested in preserving the land, nature and environment, rather than economic growth

Nearly 60 per cent of young people in Malta would rather live and work in another European country, according to survey, the authors of which maintained this was a “cause for concern”. When asked where they wanted to live and work, only 28 per cent of Gen-Z (aged 16 to 24) and 27 per cent of millennials (25 to 39) said Malta – a drop of a few percentage points on last year.

The sentiment is not necessarily backed up by statistics, with emigration data for 2015 to 2019 showing almost the same amount of Maltese people aged between 25 and 29 leaving Malta each year. Not much of a surge was registered over these years, with 464 millennials emigrating in 2015, and slightly less, 419, in 2019, according to the National Statistics Office data on immigration and emigration. It includes a broad citizenship group and age/sex, with relatively similar numbers for males and females and some more men in certain years.

The biggest age bracket of people moving abroad to settle in another country is constantly 25 to 29, followed by 30 to 34 and 35 to 39, and these young emigrants make up 40 per cent of the total each year. When it comes to EU and non-EU nationals, the figures are much higher, ranging from around 1,000 of each in 2015, to double the number of non-EU nationals in 2019.

“It is too simple to speak about push and pull factors,” Pisani said, explaining that “nowadays, the decision to migrate, and migration itself, is far more complex and diversified, as indeed is the youth population in Malta”. Pisani pointed out “it must be assumed this was not limited to Maltese young people but also to young migrants who moved to Malta, largely for employment, and who can easily up and leave to somewhere else”.

‘They live in a globalised world’

The same goes for Maltese youth, who form part of a “generation that is privileged in as much as their passports are powerful,” she continued. “The world is their oyster. They live in a globalised world that not only shapes their understanding of migration, but also of home.”

The research offers interesting findings and angles for further research, Pisani felt. But analysis needed to be historically situated in the midst of a global pandemic. “We also need to recognise the technological, economic, political and social changes that continue to shape the lives of young people. “They are digital natives. Maltese youth are European citizens; their lives transcend physical, political and virtual borders,” she said. 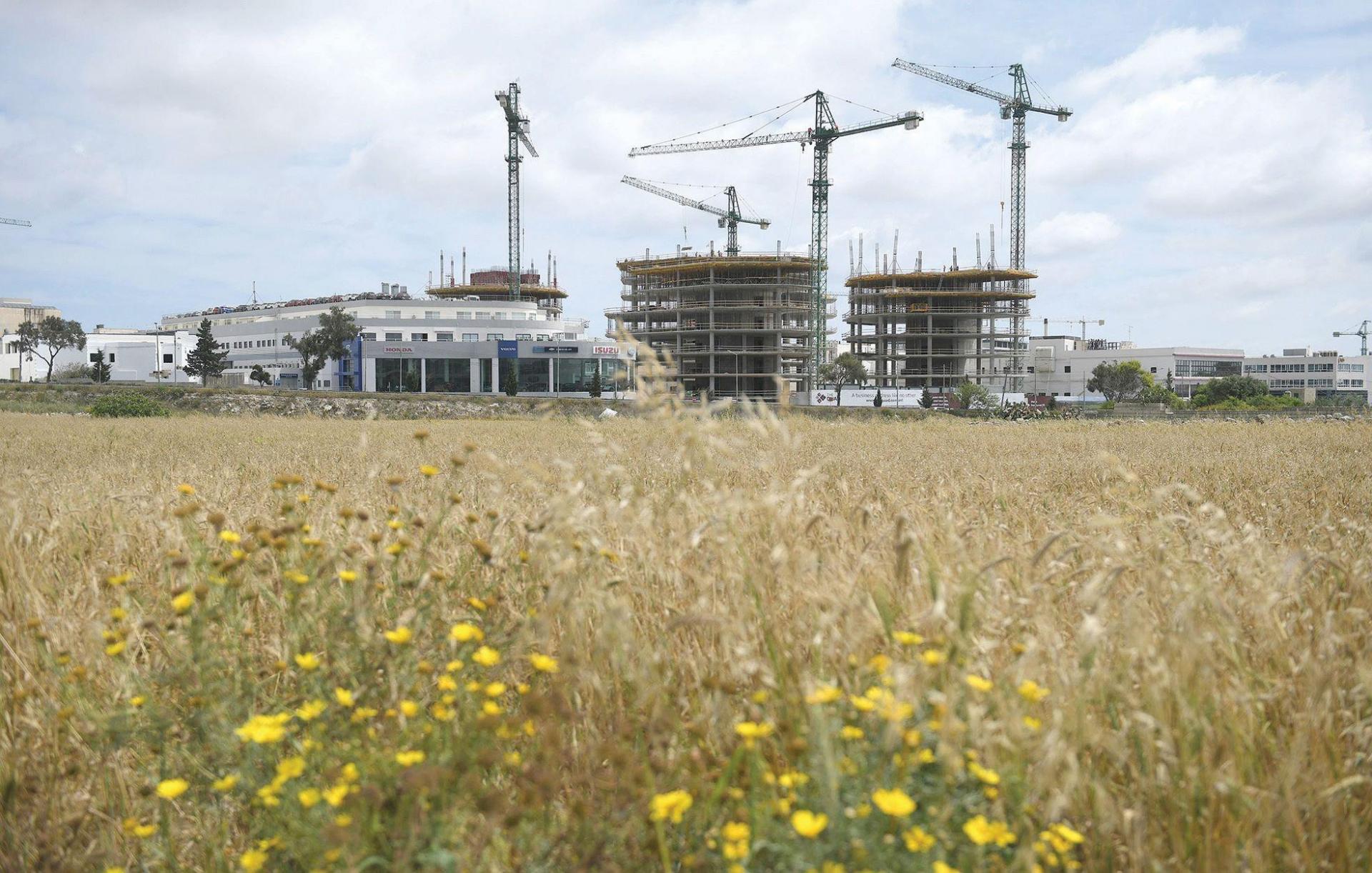 Where the grass isn’t green: Nine out of 10 young people believe Malta’s environment is deteriorating, with the majority blaming overdevelopment. Photo: Matthew Mirabelli

The results also provide some insights into how young people might perceive their ‘home’ as not necessarily limited to the borders of the nation state, the lecturer said. From an environmental perspective, concerns also transcend the national perspective, from overdevelopment worries in Malta to an interest in the green economy that takes on a more “plantetary” perspective, Pisani said.

The survey showed that nine out of 10 young people believe Malta’s environment is deteriorating, with the majority blaming overdevelopment.

The results paint a picture of a young entrepreneurial generation with a strong environmental conscience that is concerned about the country’s international image and economy and uncertain about their future.

Chucky Bartolo, 28, who left for Glasgow in 2019 in search of a full-time career as a drag queen he could not even dream of in Malta, is one millennial affected by the environment – apart from prejudices and preconceived ideas about his queer art form. Describing the overdevelopment as the “scariest thing”, he is among the 89 per cent of Gen-Z and 90 per cent of millennials who believe things are getting worse.

Overdevelopment has, once again, placed first in the list of Malta’s biggest challenges (68%), followed by the environment (55%), traffic (26%), the country’s international image (24%) and the economy (21%).

“As a queer person, the idea of living in Malta can be a bit suffocating… I wanted to make a career of it and doing it full-time is almost impossible, although you can make it work slowly as I did, and I am thankful for the encouragement along the way. But I had no choice; I felt stuck if I did not leave,” Bartolo said.

“I always thought I would move here, make a big name for myself and come back. But the more time passes – since COVID-19 happened I spent two years away from home – it has been shocking how much Malta has changed. If I do not feel like I can relax and start a family in a space with a single tree, I do not think it is the place for me.

“I will always love Malta, my family and friends are everything to me and I am obsessed with coming back, hanging out and having a good time… Malta is very small, which I love, but now, the downside of that is that overdevelopment is making it feel even more overcrowded.

“As someone who left because I felt stuck and closed in because of my queerness, now there is a physical representation of that, and every time I come home, there is even more of it.”

Despite progressive LGBTQ laws, Bartolo maintains that, on the ground, it is another story. “I feel partially responsible to change that narrative, but at the same time, I want to be able to work and live my life in a way that is not a constant battle against prejudices and preconceived notions that Malta loves to cling on to.”

The survey showed that Malta’s youth believe government should prioritise investing in pollution reduction and waste management, followed by governance and public education.

Political parties appeared to be aiming at youths in their Budget plans, with this year’s tagline, ironically, being ‘The Malta We Want For Our Children’. Unveiling the logo, Prime Minister Robert Abela had said the Budget was drawn up with the future generations in mind – a Malta that must also be “the strong country that allows our children to reach their aspirations”.

A PN government would raise the stipends by 25 per cent to attract students for the professions that were needed most, and would offer a €500 Europe travel voucher to 16- to 21-year-olds to “broaden their minds”.