A woman who witnessed the fatal stabbing of Sion Grech in Marsa in 2005 recounted the episode in court on Wednesday but insisted that after so many years, she could not recall much detail.

The account, by Jacqueline Rapinett, largely following the lines of a description which Rapinett had given the police in 2018 and which was recounted by a police inspector on Tuesday.

Rapinett was testifying in the trial of Ismael Habesh and Faical Mohouachi, who deny committing the murder. Grech was killed by over 17 stab wounds in a field near the former HSBC branch at Marsa.

Rapinett said she had she watched in panic as Habesh and Mohouachi attacked Grech and dragged her body into a field where it was discovered days later in a badly decomposed state.

It was around 9:30pm on that April 5 evening when a fight broke out between Grech and Habesh who was soon joined by another man whose name she did not know but who was later identified as Mohouachi.

It was a dark night but she could follow the commotion in the street light.

As she watched, the men lifted Grech and carried her into the field.

The witness said she stepped onto a low stone wall to get a better view and saw Habesh’s companion drawing out a knife from his trousers' back pocket and stabbing the victim, whose screams were clearly audible.

In her panic, Rapinett said she first headed towards the Tiger Bar which was open at the time, but then changed her mind when 'a client' drove up. 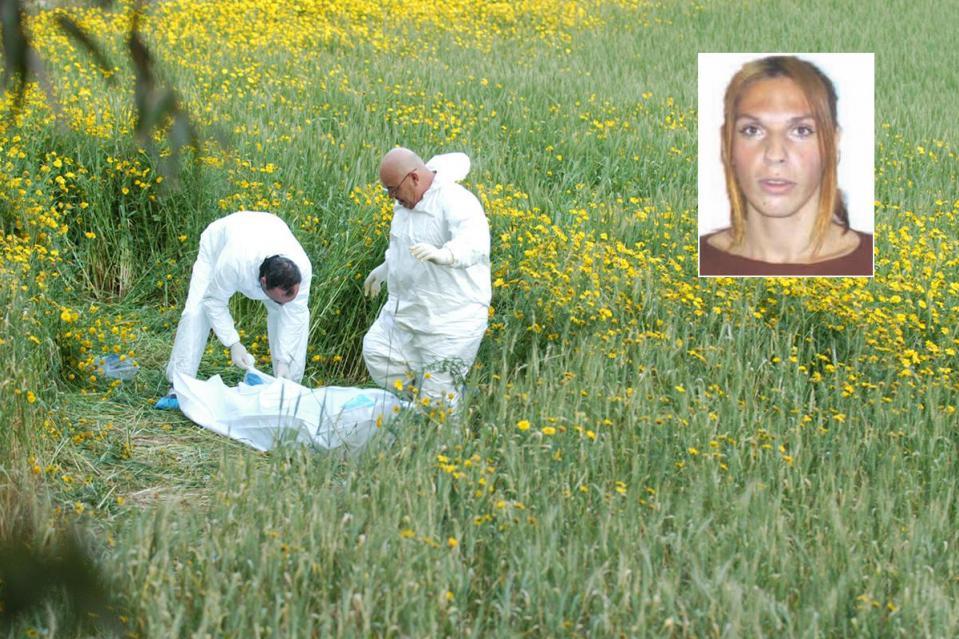 The body of Sion Grech, inset, was found in a field in Marsa in April 2005.

A few minutes later she decided to go back, and met Habesh and the other man.

One of them warned that if she had seen anything and said something “they would do the same to her.”

Since that incident, she had been through many difficulties and had spent a long time at Mount Carmel Hospital, she said.

She recalled that she used to see Habesh and Grech together, but could not remember how often that was.

Under cross-examination, the witness could not provide much detail.

She said that she did not recall seeing Habesh and Mohouachi inside a car after the alleged murder.

She claimed to have no recollection whatsoever of an incident which happened before the murder when Grech had allegedly stolen various items, including a ‘unique’ pair of specs from a car and was badly beaten afterwards.

In her statement to the police in 2008, she had explained that her boyfriend had told her about that theft.

“Since you don’t recall anything, I won’t ask further questions,” defence lawyer Ishmael Psaila concluded, after the witness repeatedly answered, “I don’t remember.”

“I don’t want to say something that isn’t true. Many things happened to me. My mind is no longer the same,” explained the witness.

She also appeared hesitant when asked by Mohouachi’s lawyer about whether she had actually recognized the suspect during the identification parade conducted years ago.

“Yes, I was taken into a room and I saw men lined up, holding a number. I said that I recognized two.”

But when asked whether she could actually identify the accused today simply because he was sitting in the dock, the woman again replied, “Look, I no longer remember most things.”

She added that years of drug abuse had badly affected her health.

Her testimony was followed by that of a former police officer stationed at the Forensic Science Laboratory, who had filmed the crime scene as well as the autopsy following the discovery of the corpse on April 13.

The graphic footage was screened in perfect silence, broken only by the sniffling of an elderly lady who cried softly as she watched from the gallery.

On Wednesday afternoon the jury, led by Mr Justice Aaron Bugeja, visited  the crime scene, including that field and other areas mentioned by various witnesses in their testimonies.

The trial continues on Thursday.

Lawyers Edward Gatt and Ishmael Psaila are counsel to Habesh.