A young woman who suffered head injuries following a motorcycle accident managed to utter the word “ma” to her mother three days before her life support was turned off after she became brain dead.

“We could not bear to be inside and watch her die. It took 20 minutes,” said 32-year-old Michelle Curmi’s father yesterday. “She was a good girl. She was kind and everyone loved her. We lost an angel,” her mother added with a trembling voice.

Louis and Doris Curmi said they would have liked to keep their daughter on a ventilator a bit longer “to give her a chance” but doctors said there was no hope because she was brain dead and they had to pull the plug.

So on Wednesday night – 11 days after the accident – Michelle’s parents and her long-time partner James Delmar said their goodbyes and stood outside the room of ITU bed 10 when the ventilator was turned off.

“She was amazing,” James said. “We had so many plans for the future. We had bought a home together which we were doing up.”

The tragic accident occurred at around noon on May 17 on Triq l-Imdina in Żebbuġ.

The couple were heading from their place in Żebbuġ to her mother’s house in Mtarfa for lunch and Michelle was riding pillion on the Harley Davidson machine.

“I was driving on the right side, on the fast lane, at about 60 kilometres,” James recalled.

He said a car drove out from the right side and he braked.

“We skidded. I ended up on the left and Michelle at the back rolling on the ground… I stood up and ran to Michelle. I saw that she was not all right and called the ambulance.”

Doctors initially told the family she suffered facial injuries including a broken nose, her mother said. But after a few days they found head injuries and brain damage. 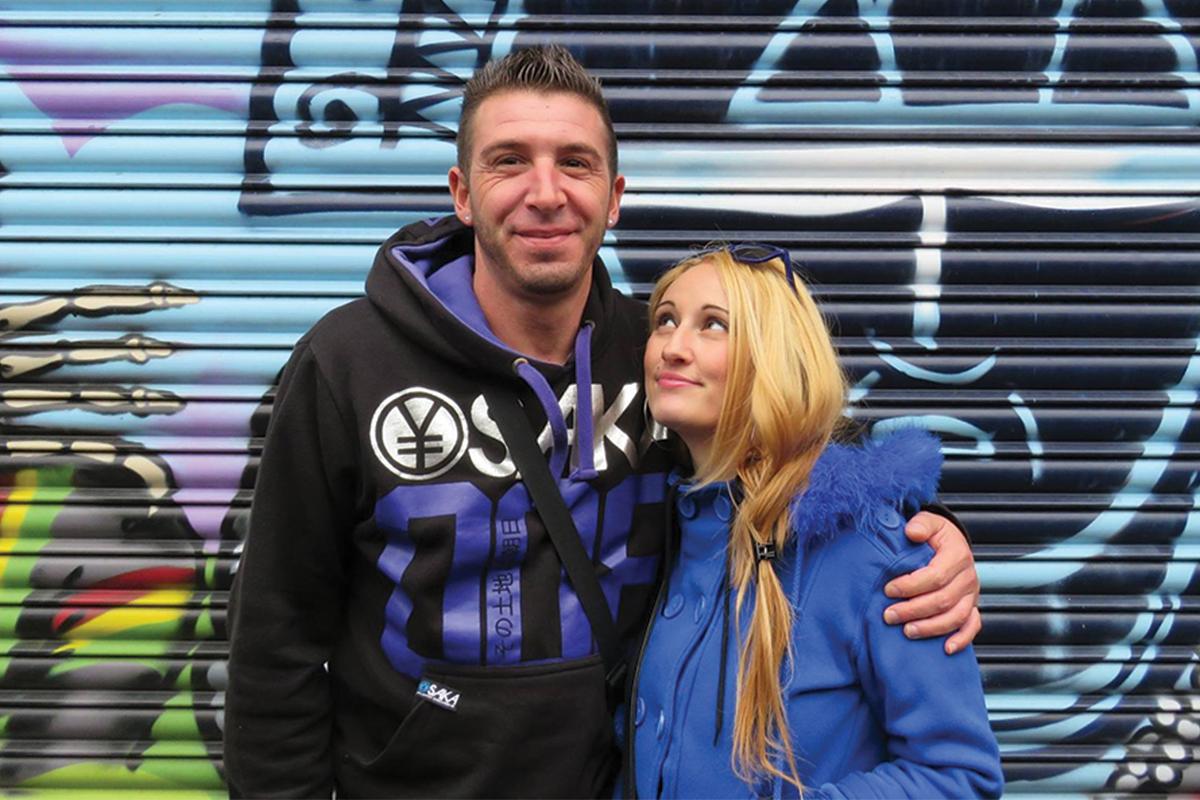 With her partner James Delmar.

Michelle was put under anaesthetic for three days.

“On Saturday and Sunday she was breathing alone. On Sunday morning when we went to see her, she was asleep but had a nice smile on her face.

“In the evening she looked at me and at her father, then at me again. Her eyes were telling me: mummy get me out of here. She hated hospitals.

“Then she said: ‘ma’ and had tears in her eyes. I’ll never forget that word. I wiped away her tears and told her to calm down to get better,” her mother said.

The next day the family was informed that Michelle was no longer breathing alone. She was now in a coma and breathing through a ventilator.

Then she said: ‘ma’ and had tears in her eyes. I’ll never forget that word

Doctors told them her brain had started haemorrhaging and gave the family two scenarios: an operation that would include cutting a small part of the brain which would leave her in a vegetative state, or turning off the ventilator.

The family did not want to have their daughter remain in a vegetative state. They wanted to keep her ventilator on for about two more weeks.

“We wanted to give her a chance and let God take her without having to turn off the life of our daughter,” her father said.

But on Wednesday the ventilator was turned off.

Medical sources said this is done when someone is declared brain dead, meaning their brain cannot maintain basic life functions like breathing. It only happens following the consent of more than one expert and after a protocol of tests.

As news of Michelle’s death spread, her friends posted comments on social media. Those close to her described her as a good friend and listener, some wishing they could have spent more time with her over the past months of social distancing.

Charlene Azzopardi, a friend since primary school, described her as kind and funny.

“She was a very sweet girl and she used to understand me like no other…We used to laugh so much. We were like sisters.” Nicole Alin said that “Mixa”, as they called her, was an amazing friend who was always smiling and cheering people up.

“She wanted to meet on the 16th to take me out, because I’m pregnant, and we didn’t go. Now I feel so sorry.”