Updated 11.45am with fresh footage

Activists, residents and farmers have stopped controversial Infrastructure Malta works in Dingli that will see trees being uprooted to make way for a new road.

The action started shortly after workers turned up to complete the project on Monday morning.

The proposed road attracted environmental protests in October 2020, when workers turned up in Daħla tas-Sienja to build a road that will connect the alley to San Ġwann Bosco Street.

Earlier this year, the Environment Resources Authority shot down a request to protect carob trees that will face the chop as a result of the project.

A Moviment Graffitti spokesperson told Times of Malta on Monday that workers started chopping trees and destroying rubble walls at 6.30am and that the activists will remain on site until Infrastructure Minister Ian Borg turns up.

The NGO is urging people to join them while maintaining social distancing.

"This morning, IM appeared in Dingli to attempt to build a road on ODZ fields, for which they have no permit. For the third time, we, farmers and residents are there to stop them.

"Besides the fields, this road leading to nowhere will destroy carob trees over 300 years old and endanger a medieval church," Graffitti said.

Times of Malta is informed that the private chapel is in the process of being scheduled. 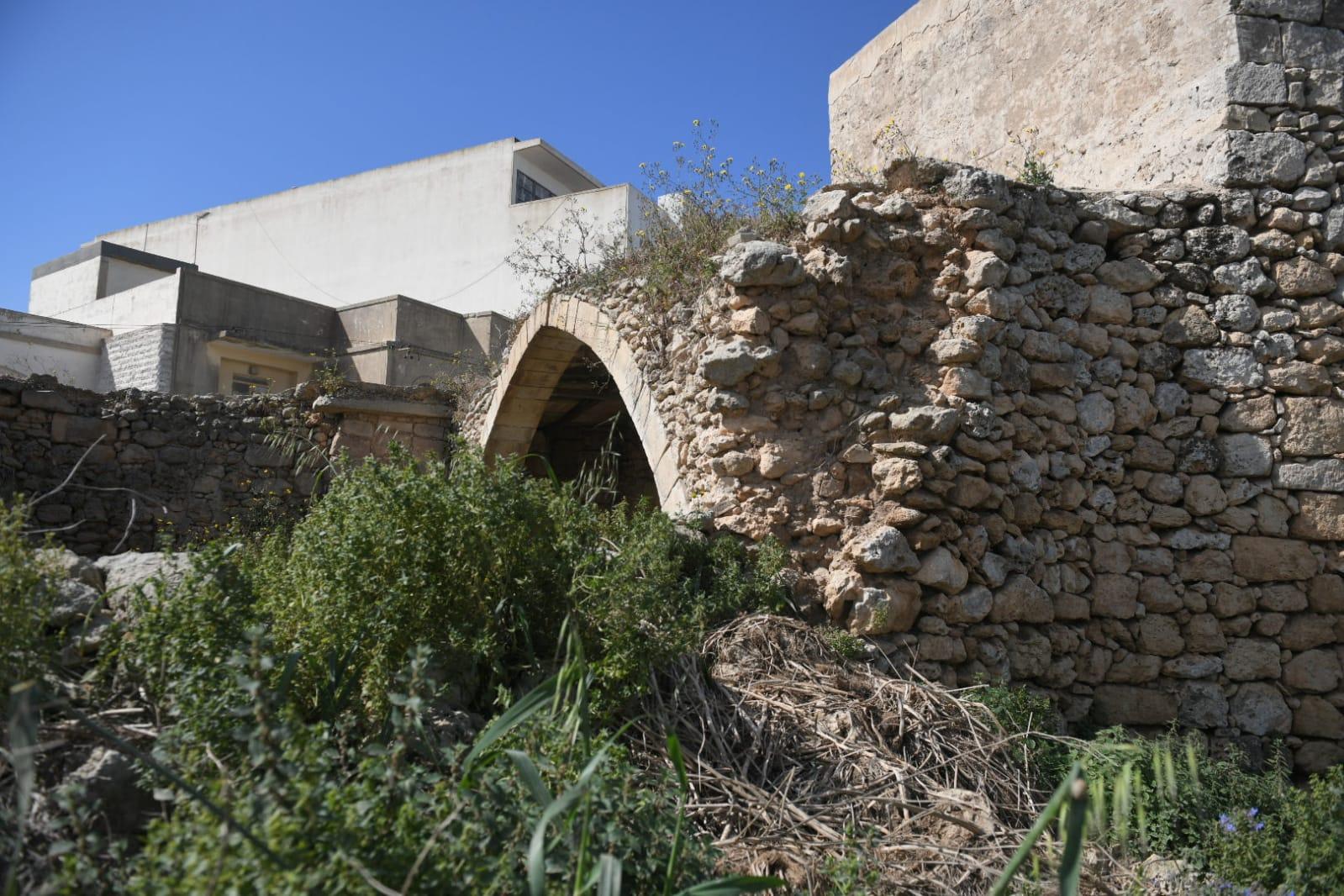 Moviment Graffitti are claiming that the works will endanger a medieval church. Photo: Matthew Mirabelli

Meanwhile, IM said it was continuing with the construction of the schemed street.

In a statement, IM said it had stopped the works in October "to discuss concerns raised by some individuals and organisations with the applicable authorities".

In the meantime it held talks with the Planning Authority, the Environment and Resources Authority and the Superintendence for Cultural Heritage to go through the plans and method statements and "ensure they are implemented with the least possible adverse impacts on the area’s environment".

IM said it had also continued talks with the owners of adjacent lands to conclude expropriation processes.

It added that the Environment and Planning Tribunal has turned down an appeal against an ERA permit for the uprooting of three trees.

"In submissions to this tribunal, the ERA stated that the appellants did not have a juridical interest to make such an appeal," IM said.

"Furthermore, it reconfirmed its approval for the uprooting of the three trees, explaining that IM was requested to plant 30 new trees as adequate compensation. In a separate submission following a site inspection,  enforcement and environment protection officers denied allegations by third parties that IM had uprooted trees illegally when works started in October."

According to IM, PA confirmed that there was no obligation for IM to notify the authority about its works in Dingli since the new street is schemed as per the Local Plan.

Last year, Moviment Graffitti said the road cannot be built without a permit because half of it would be on Outside Development Zone land.

The agency, which is claiming that residents have long been calling for the formation of this schemed street to improve connectivity and to create safer access, said the works should be completed in months. 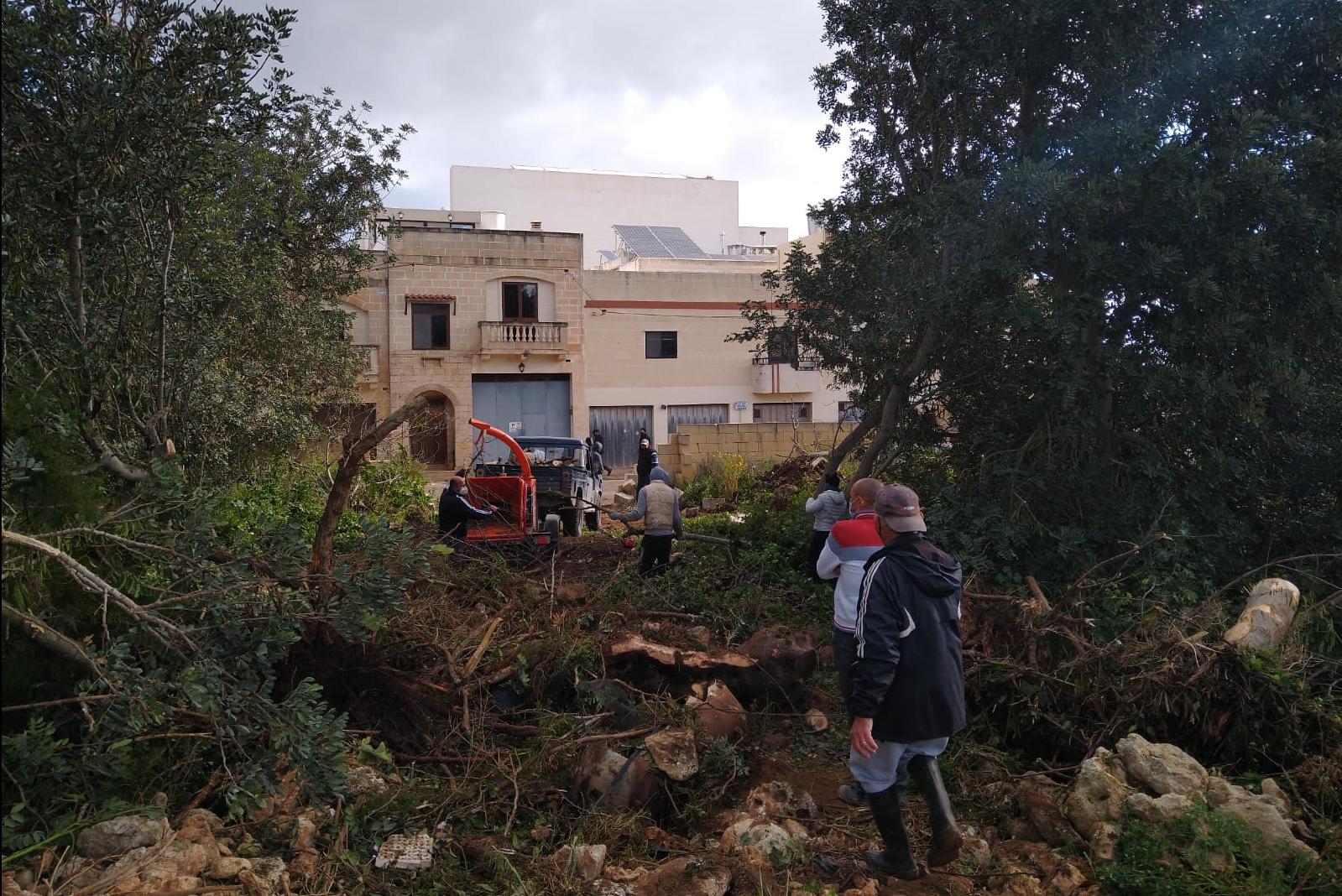 Activists are on site.