A total of 49 new COVID-19 cases were confirmed on Friday, the second-highest number of patients to test positive in 24 hours since March.

There were 52 new cases reported on April 7.

The 49 new cases were discovered from 1,717 swab tests - more than double the 825 tests that had been administered when 52 cases were found. 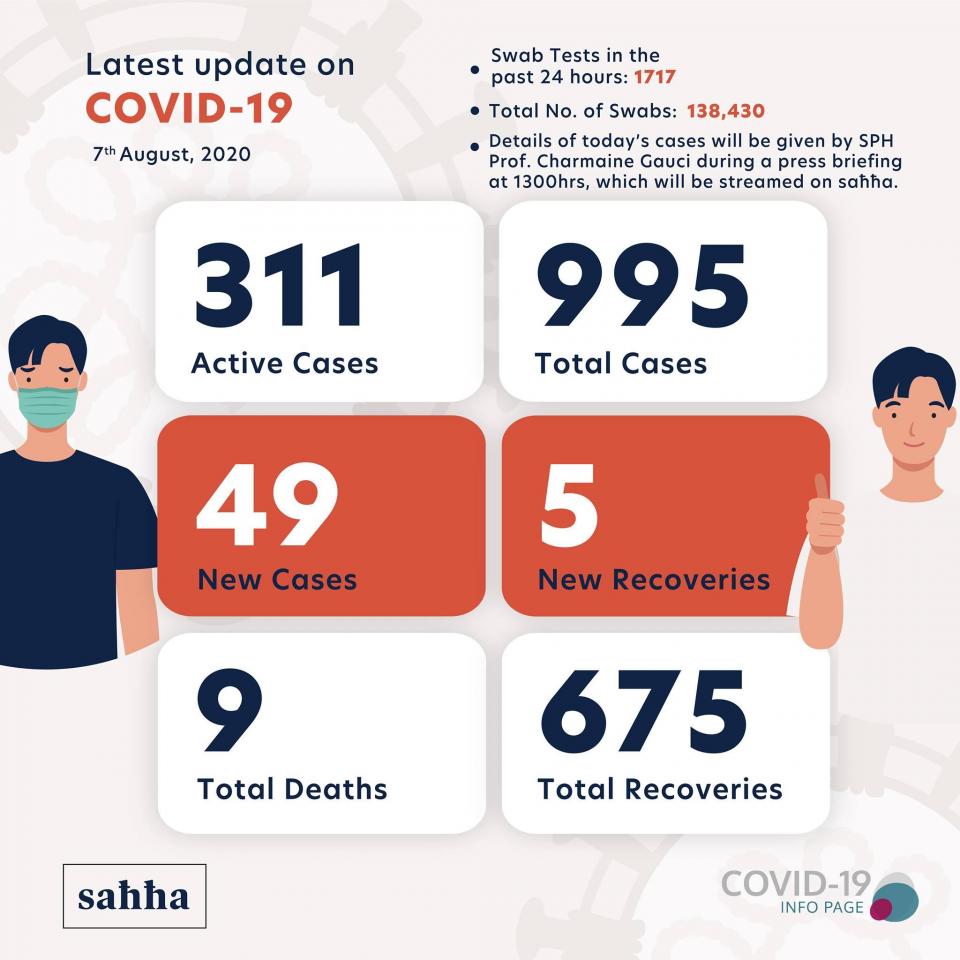 As a result, Malta had 311 active virus cases as of Friday.

Gauci to give media briefing

Superintendent of Public Health Charmaine Gauci will brief the media at 1pm on Friday, when she is expected to provide details about the new cases and answer journalists' questions.

For the first time, the briefing will not be given from Gauci's office but from the Life Sciences Park in San Ġwann. Times of Malta will be reporting the briefing live.

Earlier on Friday, the health authorities confirmed those caught not wearing masks on public transport and in shops will be fined €50. It remains unclear how the fine will be enforced.

Meanwhile, Times of Malta is also informed that the island's R factor - the rate of spread of coronavirus - is over 2. That means that every infected person is infecting two others.

Although used to understand countries' COVID-19 situation, the R Factor tends to change often as it is based on the number of new cases.

The health authorities have often said that Malta's numbers are too small for the R factor to be worked out daily and so they use what is called a "rolling average" by looking at the numbers over several days.

Malta has seen a resurgence in the number of cases over the past two weeks.

The spike comes after the active cases had been brought down to just three patients.

As of Thursday, there were 267 active cases, with the number expected to go beyond the 300 mark on Friday.

In a statement, the Nationalist Party noted the increase in numbers since the relaxation of measures "against expert advice", leading the country to face new health challenges.

It condemned the government's “irresponsible behaviour” placing the economy before health.

The PN said that the contrasting messages issued by the country’s highest authorities as well as the behaviour of some, which went against common sense, did not aspire confidence in the country’s leaders.

The swift relaxation of measures were an insult to the people and showed a lack of appreciation towards health workers.