The company that operates the Suq tal-Belt food court and supermarket in Valletta has filed an application to install new permanent canopies over its outdoor seating venue, more than two years after it was hit with an enforcement notice for installing canopies without a permit.

In October 2019, large permanent canopies appeared in front of Valletta’s old market, obstructing its iconic façade and earning a comparison to a “cheap shed” from a former Valletta mayor.

That same month, the Planning Authority slapped the canopies with an enforcement notice with a daily fine of up to €50.

Arkadia Marketing Limited, the market’s operators, appealed the enforcement, arguing that the installation of permanent canopies had been covered in a development notification order approved in 2018. 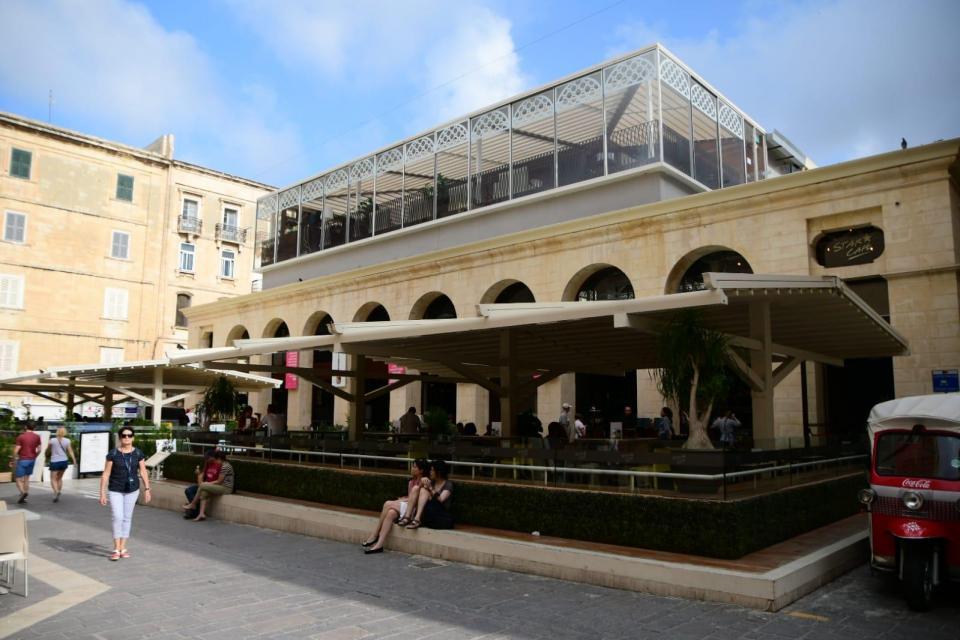 The appeal is still pending before the planning appeals tribunal.

In a fresh application, PA/01876/22, Arkadia have now applied to remove the existing canopies and install new ones with a retractable roof and different design.

The application has not yet received a formal recommendation from the PA and is open to representations until June 10.

The new application has effectively stalled the appeal on the PA’s enforcement action, which has dragged on since October 2019.

In a tribunal sitting last November, Arkadia’s architect successfully argued that, independently of the ongoing enforcement proceedings, it would be “best to wait” until the filing of new plans drawn up following talks with heritage authorities.

The sitting was deferred.

In the subsequent sitting on March 22, the architect declared that the application in question had been filed and the tribunal again deferred the sitting until June 9.

This is not the first controversial decision that has dogged is-Suq tal-Belt. The market’s original plans originally conceived today’s outdoor dining area as an open plaza that would double up as an exhibition space.

However, the space has since been taken up by tables and chairs for the benefit of the food court’s patrons.

The tables and chairs originally had no permit and an application was filed after they were installed. It was recommended for refusal by the PA’s case officer but was approved by the PA’s board.