More than 160 migrants were rescued by the Armed Forces in two separate operations on Monday, after being found at sea in rubber dinghies in Malta's Search and Rescue area.

Both groups were spotted during routine monitoring and transferred to AFM patrol boats to be brought to Malta. One group of 73 arrived in Malta around 4.30pm while another group, including 88 men and one woman, arrived shortly before 8pm.

The rescue comes after almost 360 migrants aboard the charity-run rescue vessel Ocean Viking were brought to Malta last Friday as part of an EU-brokered deal that will see them relocated to six different EU countries. 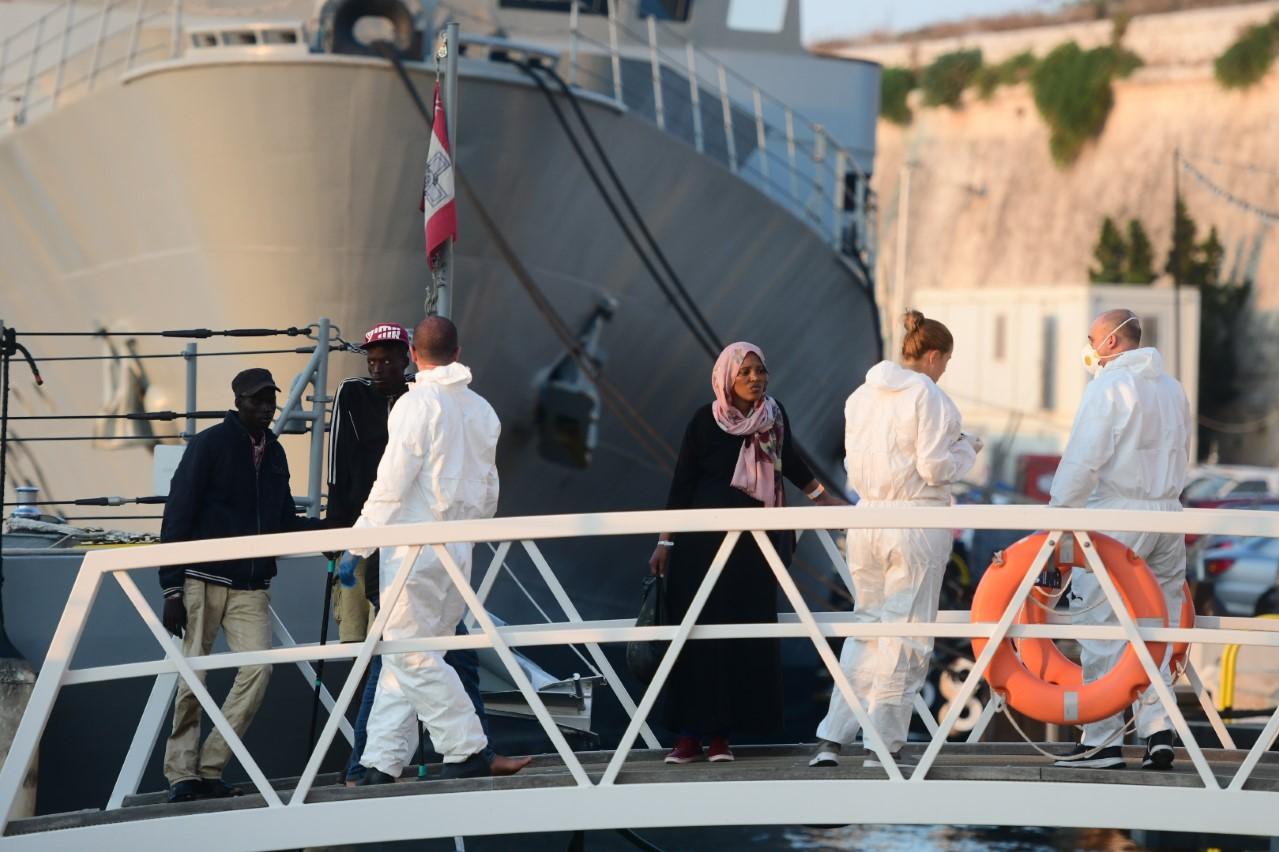 Migrants are brought ashore on Monday evening after the second rescue operation of the day. Photo: Jonathan Borg.

Those aboard will all be relocated to France, Germany, Ireland, Luxembourg, Portugal and Romania.

The AFM has been involved in other rescues in the past month, including the sole survivor of an ill-fated 11-day journey in which 14 others died.

The rescues risk putting further strain on what is becoming an increasingly difficult housing situation for migrants.

Dozens rescued last year are set to be evicted from Malta’s reception centres by the end of the month - possibly facing homelessness - as authorities make way for further arrivals.

The dire housing options facing the migrant community were exposed last month when around 100 migrants were found living in stables in Marsa.

On Monday, around 80 were evicted from a rundown hostel in Buġibba, where they had been living in substandard conditions, during a police raid.

Migrants have said they are facing difficulty accessing housing as landlords are reluctant to rent a room to asylum seekers.