As a spike in COVID-19 cases sees Malta record an all-time high of 415 active cases, with a rise in public concern comes a rise in false news stories related to the virus, often serving to surge public panic for no particular reason.

For the past 12 days, newly detected cases were in the double digits, with a number of cases linked to mass events such as pool parties, village feasts and gatherings in the Paceville clubbing district.

The Health Authorities have in response upped the ante, banning mass events and placing new restrictions on mass gatherings and introducing a fine for people caught without masks or face coverings in shops or while using public transport.

While time will tell whether these measures will be sufficient to put a stop to the rising infection rate and quell public fears, false news has continued to proliferate.

In the past week alone at least three instances of fake news did the rounds on social media, gaining widespread attention before the information could be confirmed through legitimate sources. 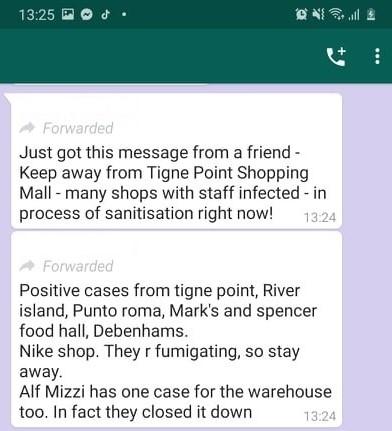 The fake WhatsApp messages that were circulating

On Friday, a pair of WhatsApp messages began circulating with the claim that staff members of several retail outlets from The Point shopping mall had tested positive for COVID-19 and that the mall was in the process of being completely fumigated.

The mall’s operators quickly dispelled the rumours themselves and confirmed as much with Times of Malta that the information was blatantly not true.

WhatsApp is often seen as in ideal vehicle to quickly peddle untrue information, with the forwarding function on individual messages making it easy to spread around while keeping its origins relatively anonymous and away from public accountability.

The messaging app introduced restrictions earlier this year to only allow users to forward messages to one group at a time, in an attempt to slow the spread of misinformation. It also began marking messages which have been forwarded many times with double arrows.

Another example of misinformation, this time on Facebook, came from a page which provides users with so-called ‘COVID-19 news updates’.  The page on Saturday issued its followers a since-deleted bit of ‘travel advice’, encouraging those who travelled from Gozo to Malta to book a swab test. 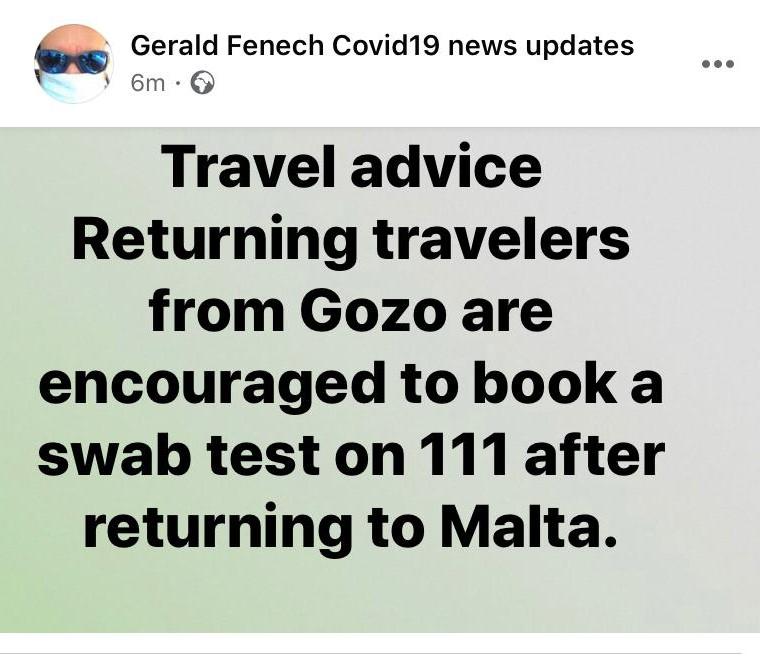 The post did not provide any context as to why it had issued this ‘advice’ nor did it specify the travel period for travellers that could have potentially been affected. Most importantly, the advice was not issued by the recognised Health Authorities.

In the past, the Health Department has made public calls for people who attended specific events or gatherings to get tested, even on social media such as in the case of revelers who had attended the Santa Venera feast.

No such call was made for people who had travelled on the Gozo ferry. 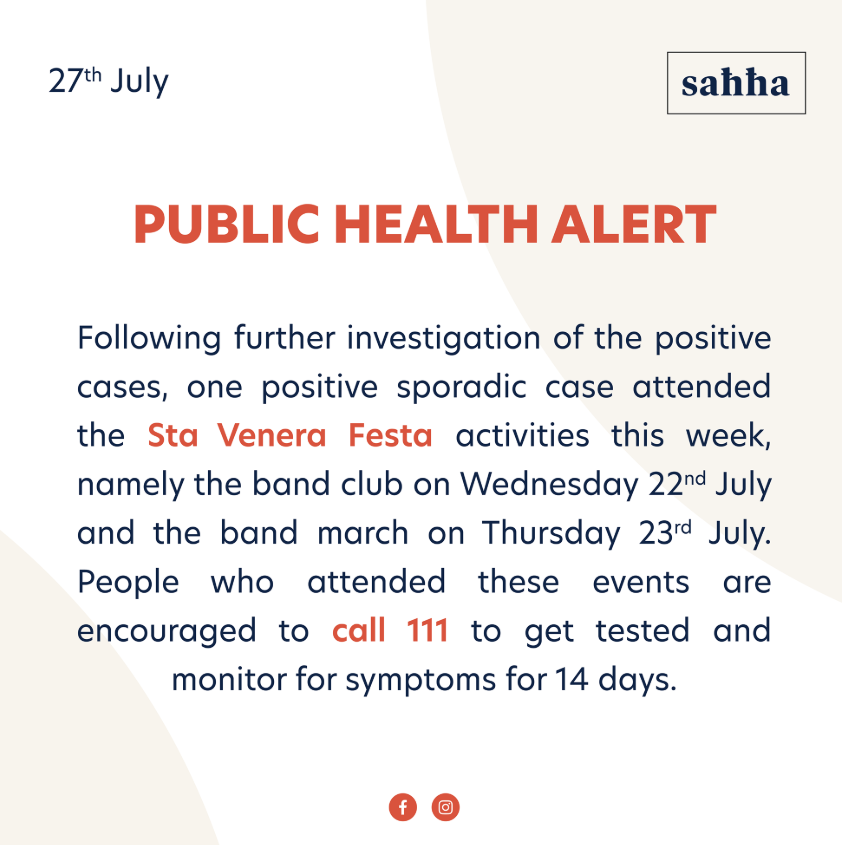 Verified information about COVID-19 in Malta come from government authorities in the form of Department of Information releases.

Trusted information can also be found on the Ministry of Health’s Facebook page Saħħa, where daily testing numbers are posted, as well the Health Promotion and Disease Prevention Directorate’s official Facebook page.

Another piece of misinformation that was widely shared on social media was an infographic supposedly showing the “correct” way to wear a surgical face mask. 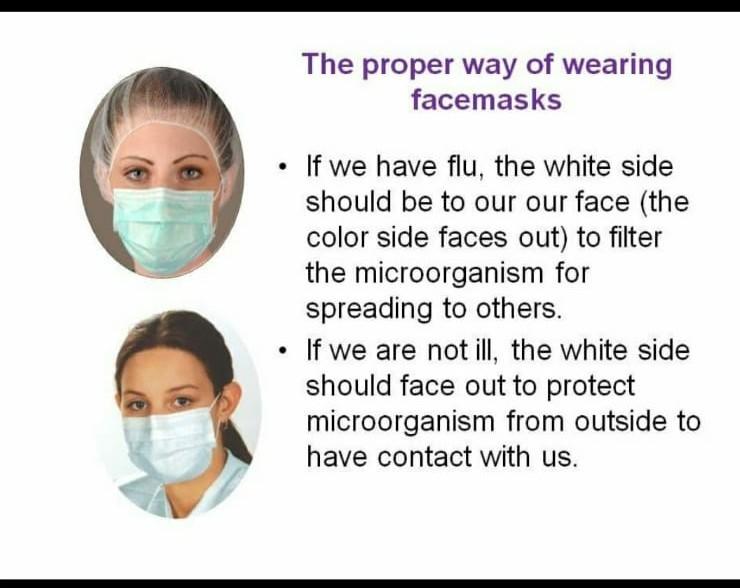 We asked cardiologist Melanie Zammit Burg and here’s what she had to say:

“It is important to wear a mask the right way up - with the metal strap on top bent on the bridge of the nose, and the right way forward - with the outer splash-barrier (usually the coloured part of the mask) facing out to protect the wearer.”

Zammit Burg explained that surgical masks, what we might refer to as disposable, are typically made of three layers.

The first outer layer is made of water-resistant plastic that serves as a barrier and repels droplets from talking, coughing and sneezing. The middle layer is made from a melt-blown polymer, a blended material that acts as a filter and causes bacteria or viruses to stick to it. The third inner layer is made of absorbent cotton that absorbs saliva from the wearer and protects others nearby.

Keeping this in mind, Zammit Burg says, it was important to wear the mask the right way, covering from the bridge of the nose to under the chin, and practising good hygiene by washing your hands thoroughly before wearing and after the mask is taken off.

“Surgical masks are designed for single-use and should not be re-worn.  Dispose of them responsibly ideally in a closed bin,” Zammit Burg said.

Malta is no stranger to the proliferation of fake news about the coronavirus, with false news dominating headlines even before the first case of COVID-19 was ever recorded on the island.