The new European Commissioner for Justice said on Friday he wants to ensure Malta implements the EU's recommendations for judicial reforms following the murder of journalist Daphne Caruana Galizia.

Three men are facing trial for the 2017 car bomb attack that killed mother of three Daphne Caruana Galizia but questions remain over who ordered the hit.

The criminal probe has claimed the scalps of two top government officials and prompted Prime Minister Joseph Muscat to announce his resignation for January.

"I hope that, very quickly, we will examine if the reforms are really being put into place," justice commissioner Didier Reynders said, adding, next week he would meet with Justice Minister Owen Bonnici.

In July, the European Union urged Malta to strengthen the independence of its judiciary, fight against aggressive tax planning and continue efforts to curb corruption and money laundering.

"We are trying to make sure that confidence (in Maltese justice) is clearly indicated by reforms," Mr Reynders said, adding progress will be checked in February.

On Friday, Mr Reynders met with a European Parliament delegation sent to Malta to review the situation on the ground.

"There is a very big concern about what has happened in Malta," Mr Reynders said, calling for a "thorough, transparent and independent" investigation into the murder.

Dr Bonnici was warned about allowing political interference to taint the murder probe by another EU Commissioner, Vera Jourova, in a phone call earlier this week.

Concerns about Malta also featured on the agenda of a high-level meeting this week, EU Commission president Ursula von der Leyen has indicated.

Dr Bonnici told Times of Malta that talks such as that with Ms Jourova were "crucial to building trust with EU institutions".

He said reforming the judiciary " is only possible if there is the Opposition on board" and said that some reforms - such as splitting the attorney general's role - were almost complete.

Talks to pave the way for constitutional reform were "very, very positive", he added.

A rising tide of mass protests have called for Dr Muscat to step down immediately over what critics have called a botched investigation into Ms Caruana Galizia's car bomb assassination, amid wide-ranging corruption allegations. 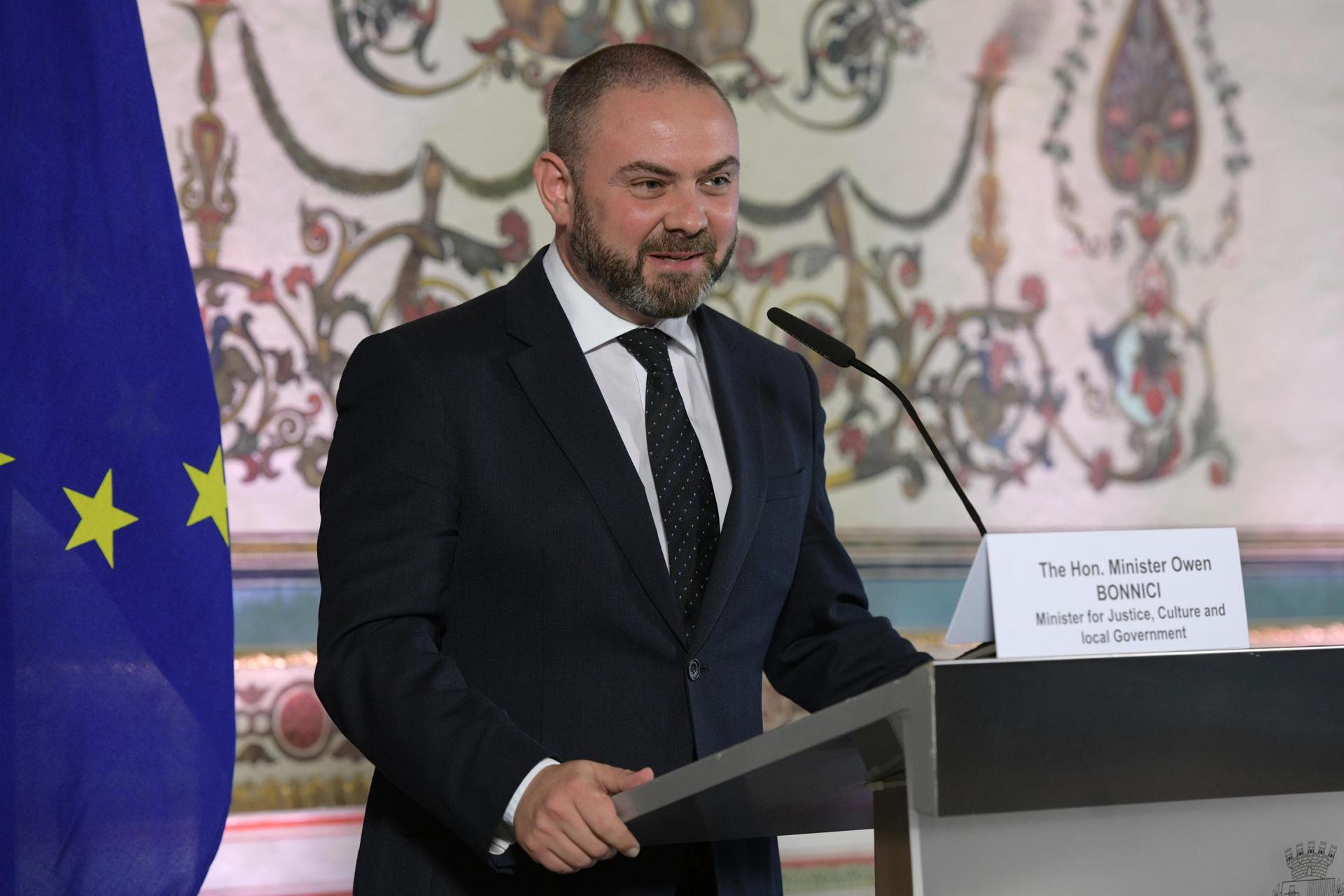 Dr Muscat is accused by the journalist's family, the opposition and civic movements of obstructing justice to protect his chief of staff, Keith Schembri.

Both men, who deny the allegations, stepped down last month as the murder probe deepened.