Euro-parliamentarian Sophie in 't Veld three times emphasised that the Muscat government’s actions are undermining “trust” between Malta and the EU when she spoke to journalists on Tuesday morning.

Her choice of word was not arbitrary. The concept of “trust” within the EU is not merely philosophical or political: it is an essential plank of the EU’s legal order and functioning.

The European Court of Justice has defined this concept as “mutual trust”, and it has invoked it repeatedly in jurisprudence in recent years.

Last June, after Poland had challenged the ECJ’s jurisdiction in matters of national prerogative, the ECJ held that EU membership is predicated on the “premiss” of shared values. The ECJ added: “That premiss both entails and justifies the existence of mutual trust between the Member States and, in particular, their courts, that those values upon which the European Union is founded, including the rule of law, will be recognised.”

The ECJ then tied this argument to its role in safeguarding the EU’s “legal order” in order to “to ensure consistency and uniformity in the interpretation of EU law”.

Ms in ‘t Veld was singing from the same hymn book when she said that “we can only be a European Union if we can trust each other”, and, in another instance, that “cooperation is based in trust, and that trust has been seriously damaged”.

She used the word "trust" four times in total during her few minutes with journalists. 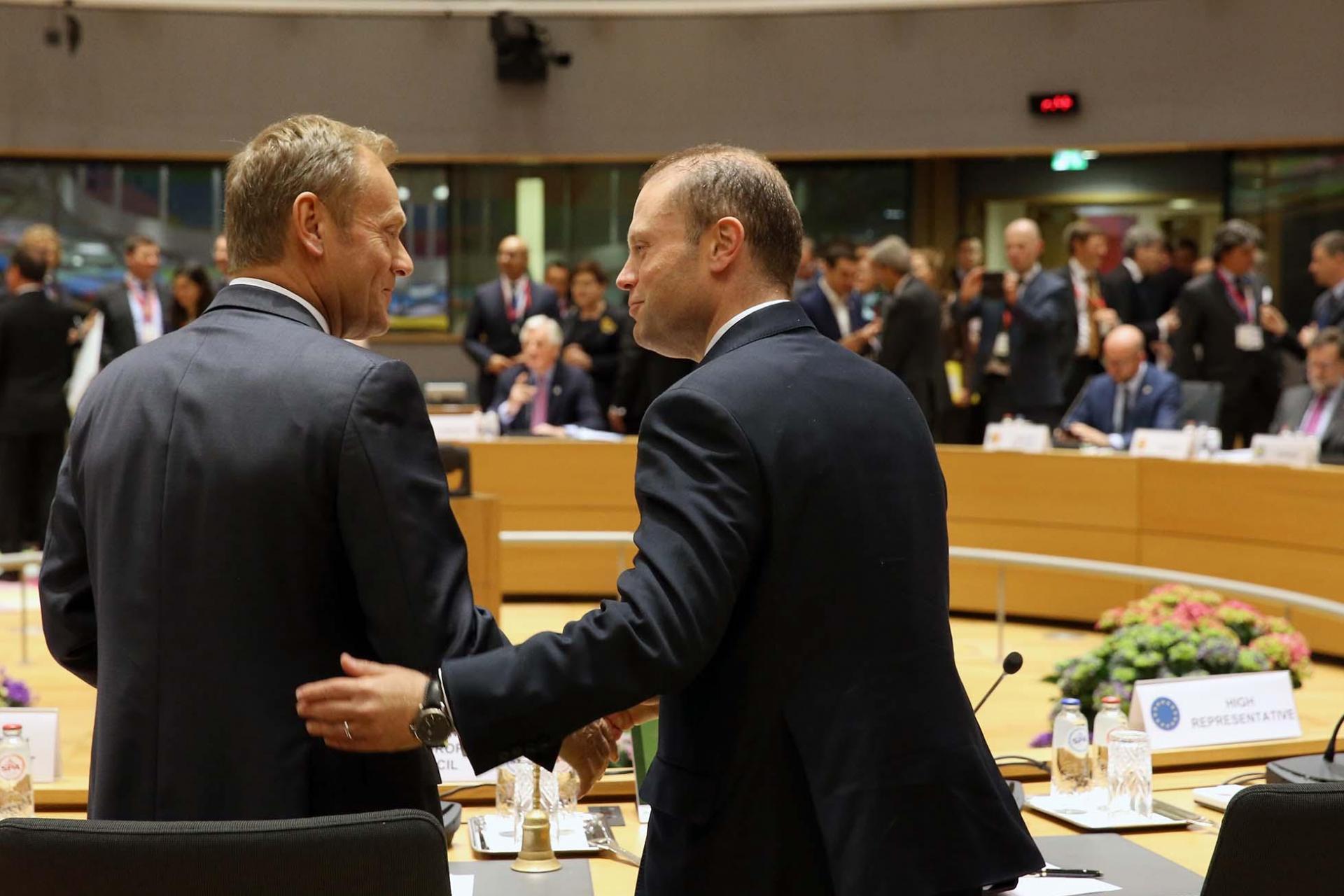 Although she wouldn’t be drawn into explicitly calling on Dr Muscat to leave immediately – she said it is up to him to make that announcement – the implication is that Dr Muscat’s delayed departure is undermining “trust” within the EU, and ultimately the functioning of the EU itself.

This can complicate cooperation between Maltese judicial and investigative organs and their counterparts in other EU states, and reinforce the impression in the political arena of Malta having gone rogue.

Last Sunday, the Chamber of Advocates expressed related concerns in a statement calling on Dr Muscat to resign immediately after his speech on state TV announcing his decision to step down in January. It called upon the Prime Minister to resign “now” so as not to “seriously risk tainting the integrity and credibility of the investigative process.”

The Chamber warned that “self-evident conflicts of interest pose a clear and present danger to the investigation and subsequent judicial process.”

It also invoked the legal concept of “objective” credibility of the legal process. This is one of the underpinnings of “mutual trust” in ECJ jurisprudence – the trust that Ms in ‘t Veld spoke of four times in her comments to journalists.