As COVID-19 cases rise, so is anxiety among elderly people who are afraid they may “get locked inside again”.

There is a fear of “going back to square one” – to a life of isolation, devoid of social interaction and contact with loved ones, according to consultant psychiatrist Anton Grech, chairman of Malta’s Mental Health Services.

“The virus pandemic is impacting us all in terms of mental health, but the elderly more so,” he said.

“As the numbers rise again, bringing on the third wave of the pandemic that first started in March 2020, most people are anxious and worried.

“Even though the vaccination roll-out has brought relief, as the numbers increase there is the fear of going back to square one. People may not be as worried but there is still lots of anxiety of the unknown, such as the variants. And the elderly are the worst affected,” Grech added.

When the over 60s, being more vulnerable to the virus, were locked inside their homes for their own protection, they lost important social interaction.

Apart from leading to mental health issues like anxiety and depression, there were also physical symptoms.

Those suffering from dementia, for example, saw the condition progress faster, the consultant psychiatrist explained.

Diagnosed with depression and early dementia

This appears to be what happened to a man in his late 70s.

His son Martin, who preferred not to use his surname to protect his father’s privacy, lived with his dad during the two lockdowns and witnessed his deterioration.

“Before COVID, my father was active, happy doing his chores and keeping himself busy. He would not hesitate to get on a bus and go anywhere on his own. He read books, was happy staying at home and remembered everything,” Martin recalls.

“At the weekends he would dress up and set off to meet his partner and friends for a night out. He did not take any medication and was happy.”

He aged at least 10 years and several ailments have surfaced

However, 16 months later, Martin’s father has been diagnosed with depression and early dementia.

“He aged at least 10 years and several ailments have surfaced. He can barely walk a few paces, let alone get on a bus, without having to stop to catch his breath or to rest his leg in which he developed arthritis.

“He has panic attacks on a daily basis. He has lost the motivation to do anything. He cannot bear to be in the house on his own all day which adds to his anxiety. He now takes nine different medications. He’s lost hope,” Martin said. 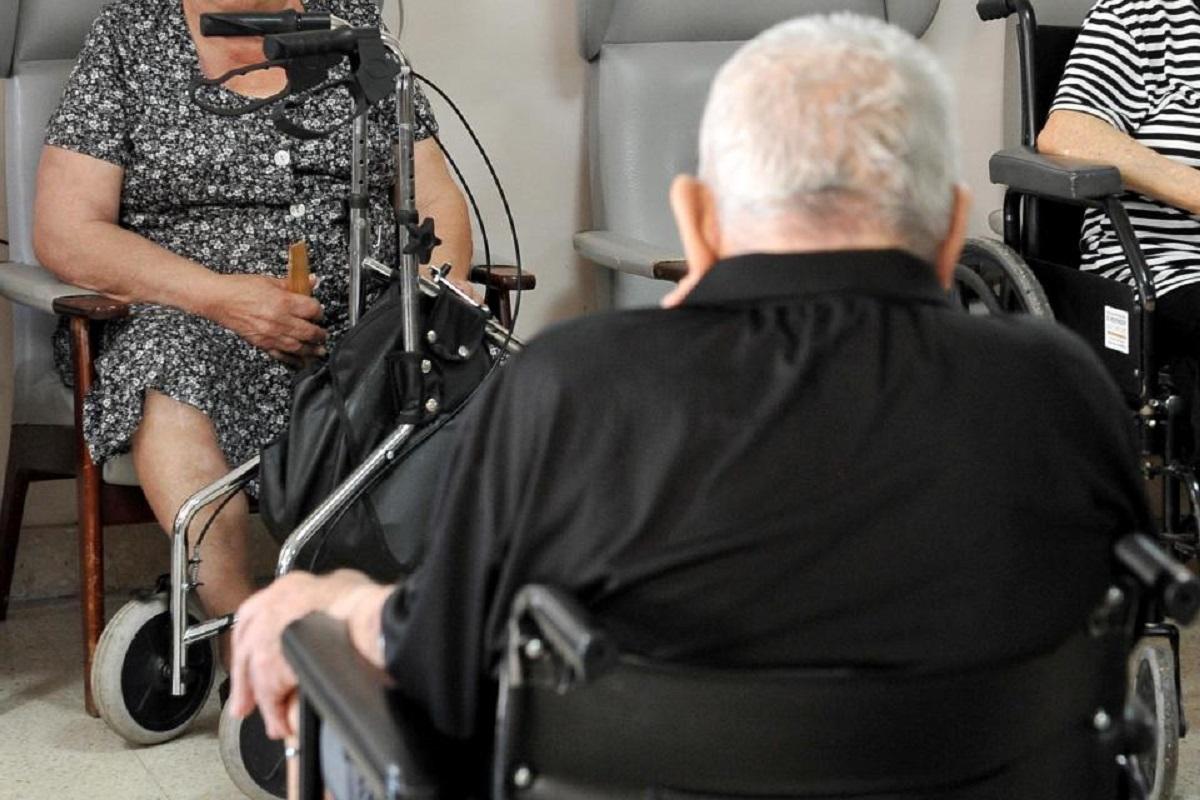 Over the past months, some elderly felt they were existing and not living.

COVID demoralised and killed him

Another man, who also preferred to remain anonymous, said: “COVID killed more people than we know of. My father’s health started deteriorating during the lockdown as he was not moving much and was demoralised. He did not die of the virus... but COVID killed him.”

The elderly, Grech confirmed, were the worst hit by feelings of loneliness.

“They felt they were existing and not living,” he said.

And the fear now is that of a return to the same feelings. Philip Chircop, from Nanniet Malta, agrees.

“We were getting a taste of life going back to normal and being able to attend activities, but fear is coming back.

“Last year it was the fear of the unknown virus. Now there is the fear of going back to how we were before,” he said, adding that he knew of elderly people whose health had regressed during the pandemic.

Chircop is witnessing a strong fear of being isolated from loved ones and not being able to see grandchildren again.

Widow Josephine Mascari, 75, knows the feeling. During the first lockdown, she moved in with her son. Back then it was safe as he was working from home. But by the second lockdown he was back at the office, so she stayed at home.

Once restrictions were eased, she started returning to normal.

“Now I can finally help out with my grandchildren. I pick them up from summer school. Seeing the numbers rise, I do worry that we will end up locked up alone again. Yes, we are vaccinated, but there is so much that is unknown,” she said.

'Worried they won't be able to keep doing this'

Lynn Sammut, manager of psychological support services at the Richmond Foundation, which supports people with mental health problems, confirms that anxiety is on the rise again.

“People are worried they will not be able to keep doing this. They are overwhelmed. After a year and a half of the pandemic, people are suffering from cumulative tiredness and pandemic fatigue,” she said.

“We hear things like: I can’t get my life back to normal. I haven’t had a break from it all. I’m tired of worrying about my loved ones. I can’t keep juggling work and family. People are really struggling,” she said.

This “unknown” factor is a bit more controlled in care homes, where residents feel safe since they do not need to venture outdoors to obtain their basic needs.

The number of COVID-19 cases started to spike again at the start of July. This came a few weeks after elderly people in care homes were allowed to go out alone following the easing of a range of restrictive measures what had previously seen them confined to their rooms for months and banned from meeting loved ones.

Rosemarie Coleiro Sapiano, 91, has been living at Casa Antonia for 18 years.

She loves it there and feels very safe as she always managed to remain in touch with her children.

Like her, Paul Bilocca, 81, who has been there for 18 months, feels safe. He admits that during the previous lockdown, when residents were not allowed out of their rooms, he faced a very difficult time especially since he could not see his daughter and grandchildren, even though social media made things easier.

“At one point I had to consult with my doctor because I was struggling. I know that all precautions were taken in our best interest which is why I feel safe now,” he said. 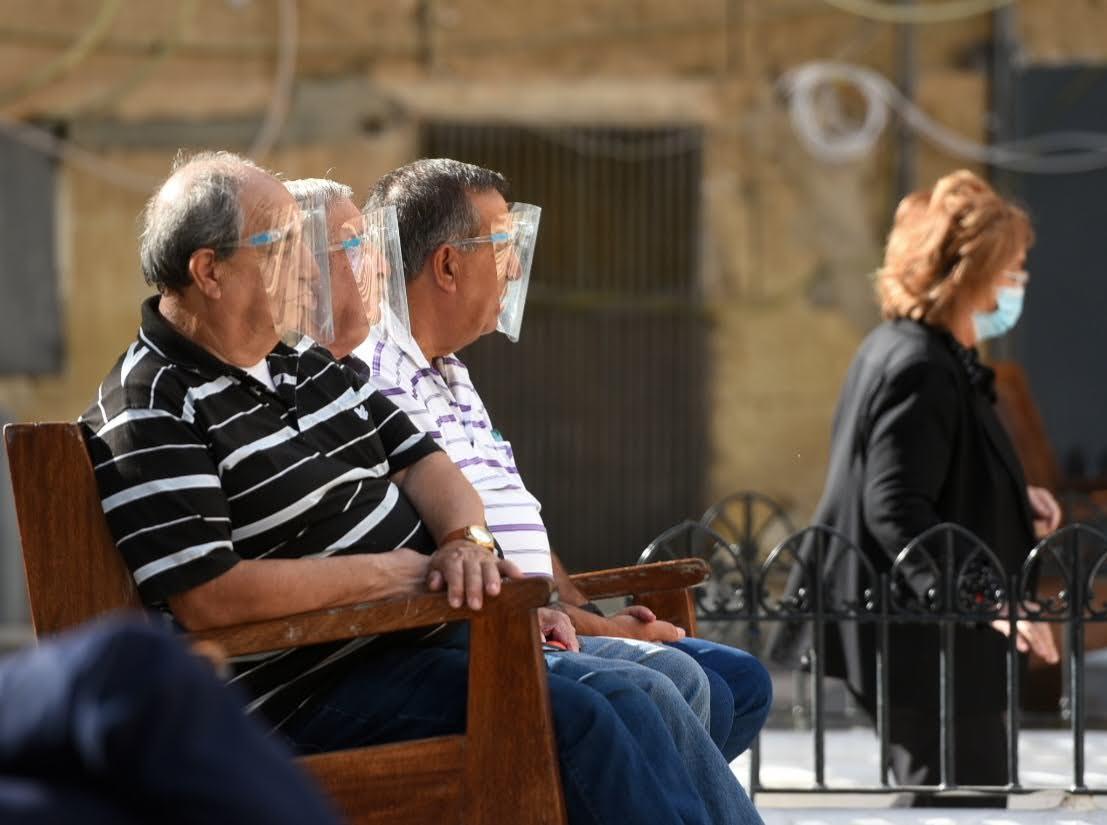 The elderly got a taste of life going back to normal and being able to attend activities, but fear is coming back. Photo: Chris Sant Fournier

Charles Delicata, a medical doctor of 75, moved into the home with his wife in June last year.

“It was very difficult for me. We moved in at the height of the pandemic and had to quarantine. I was used to a busy life, so having to stay in was tough… I felt like caged bird, not being allowed to spread my wings,” he said.

“The worst part is having to stay in. It’s having no choice and being forced to stay in,” he added, as Bilocca agrees.

Fleur Balzan, managing director at Central Home, said that after consulting with colleagues who work in various homes, they agreed that concern levels were increasing amongst residents.

“The elderly in homes have only just been allowed to go out, yet the current situation, with the numbers of COVID positives rising, is a huge concern to the elderly, with many asking if they will once again be forced to go into lockdown,” she said.

“Although the vaccine has helped to put them more at ease when going out, they  realise that vaccinated people can still catch the virus and know of such cases.

“Residents are also concerned that they  may once again be asked to stick to  their ‘bubbles’, and not be allowed to spend time with friends who may be in other bubbles.”

The mental health supportline is 1770.