Fewer than one in every 10 people who tested positive to COVID-19 over the past couple of weeks are in hospital, and none need intensive care, latest figures from the health authority show.

Out of 199 patients who still had the virus until Monday, only three patients are being treated at Mater Dei Hospital. 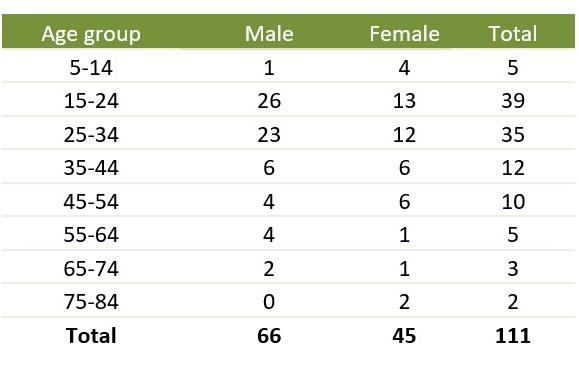 Nine are at Boffa Hospital and another four are at St Thomas Hospital. Most of these do not need coronavirus treatment but are being hosted at the hospitals as they share their living quarters with vulnerable people or cannot adhere to social distancing measures at home, a health spokesperson said.

Nearly half of the active cases are isolating at home, while another 87 who last week tested positive after being rescued at sea, are staying at the Ħal Far Migration Reception Centre.

Excluding the migrant patients, nearly two thirds (66) of those who tested positive to COVID-19 are men.

After days of no new cases reported at the beginning of July, Malta experienced a first spike after a COVID-19 patient attended a hotel party that lasted three days. This was followed by a second cluster involving feast enthusiasts who attended the Santa Venera band march.

A third cluster involving partygoers who were clubbing in Paceville has also been reported.

Malta has registered 890 cases, including nine deaths since coronavirus reached the island on March 7.