The COVID pandemic took a step back on Sunday, if only briefly, as Italian football supporters in Malta took to the streets to celebrate Italy's victory over England to win the Euro 2020 title. 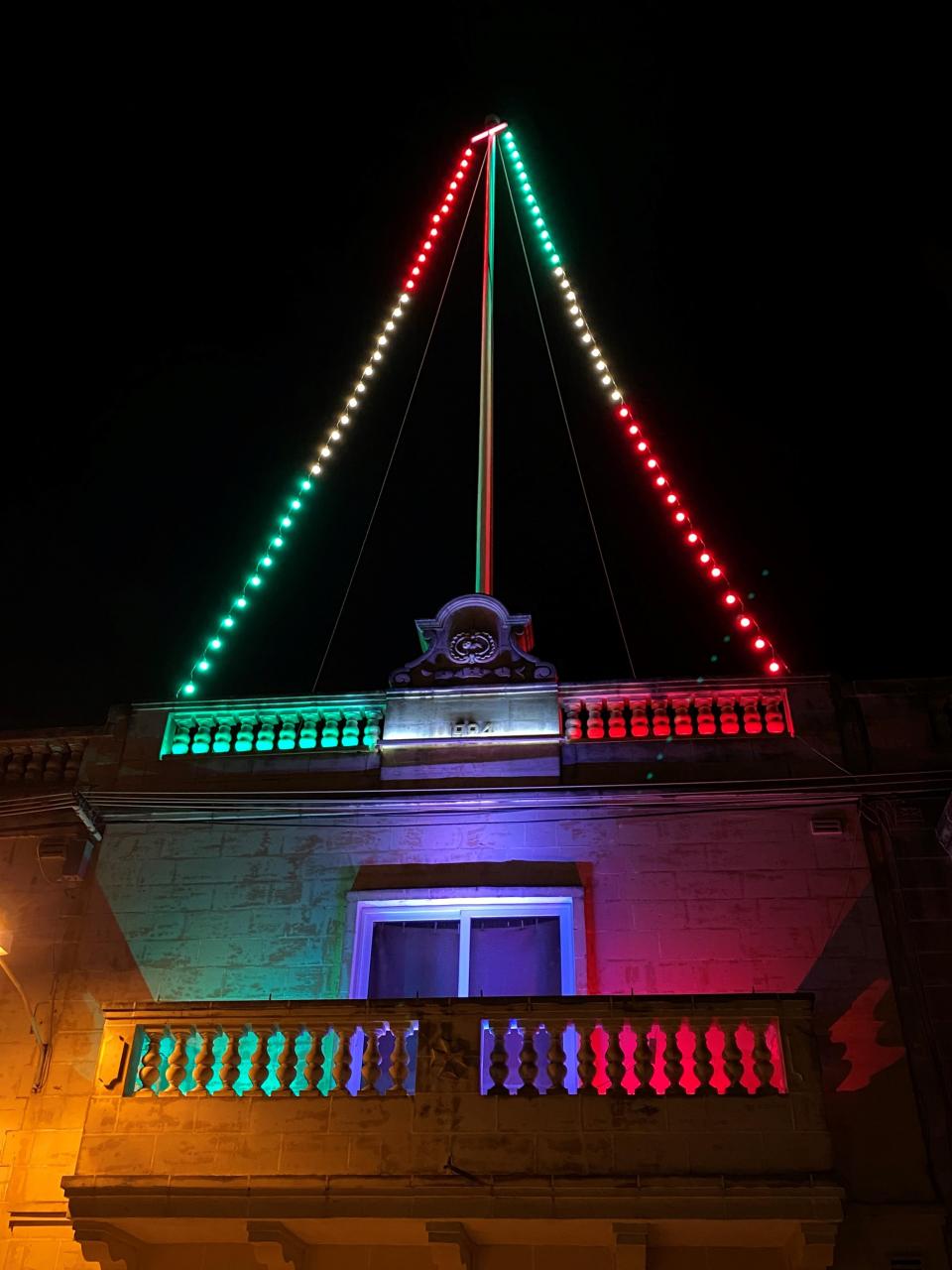 Caption Festa roof decorations have been replaced by Italy ones for the time being. Photo: Luke Spiteri

Carcades were reported across the island, with some people even setting off fireworks in some localities, after the most anticipated game in a lifetime was decided on penalties following a 1-1 draw after extra time.

Italy defeated England, who were playing at home at Wembley Stadium.

Ahead of the game, few politicians made their allegiance known, with Opposition leader Bernard Grech and Tourism Minister Clayton Bartolo - both supporting England - notable exceptions.

The streets went eerily quiet on Sunday evening as soon as the clock struck 9pm, as Malta's eternal rivals battled it out for Europe's biggest football prize.

Less than two minutes into the game triumphant shouts echoed across apartments and pubs when Luke Shaw scored for England - the fastest ever goal in a European Championship final.

English fans were desperate to see their team finally win a major tournament for the first time since the 1966 World Cup.

And while the Azzurri have won four World Cups, their sole European Championship triumph before Sunday's dated back to 1968.

Tensions remained high as Italy's equaliser came only midway through the second half through defender Leonardo Bonucci.

Where there is festa, there are fireworks. Spotted in Naxxar. Video: Matthew Xuereb

As fans waited for either side to take the lead, they found relief on social media.

Some nervously joked about a possible power cut during the match - something Maltese residents have grown accustomed to in recent weeks, especially in the evenings. Some fell for a spoof Enemalta notice about a power cut that would last through to Monday.

One of the most popular memes on social media was that Italy captain Giorgio Chiellini pulling down Bukayo Saka in the last minute of regulation time. 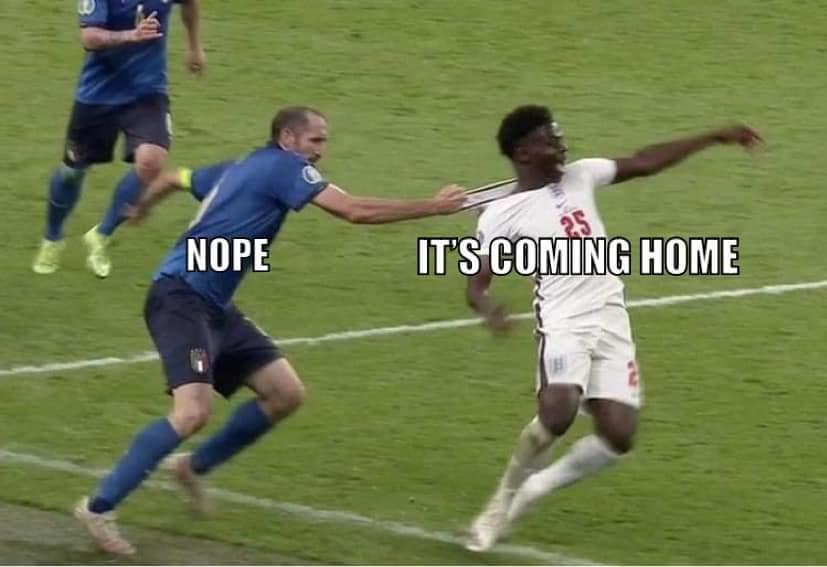 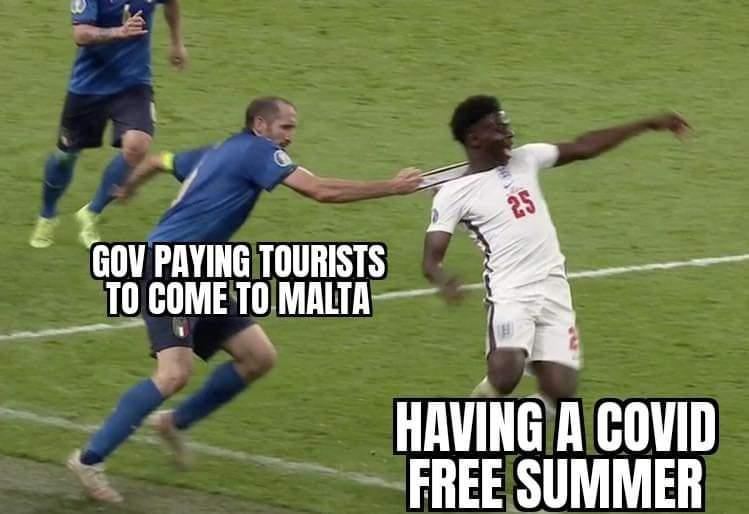 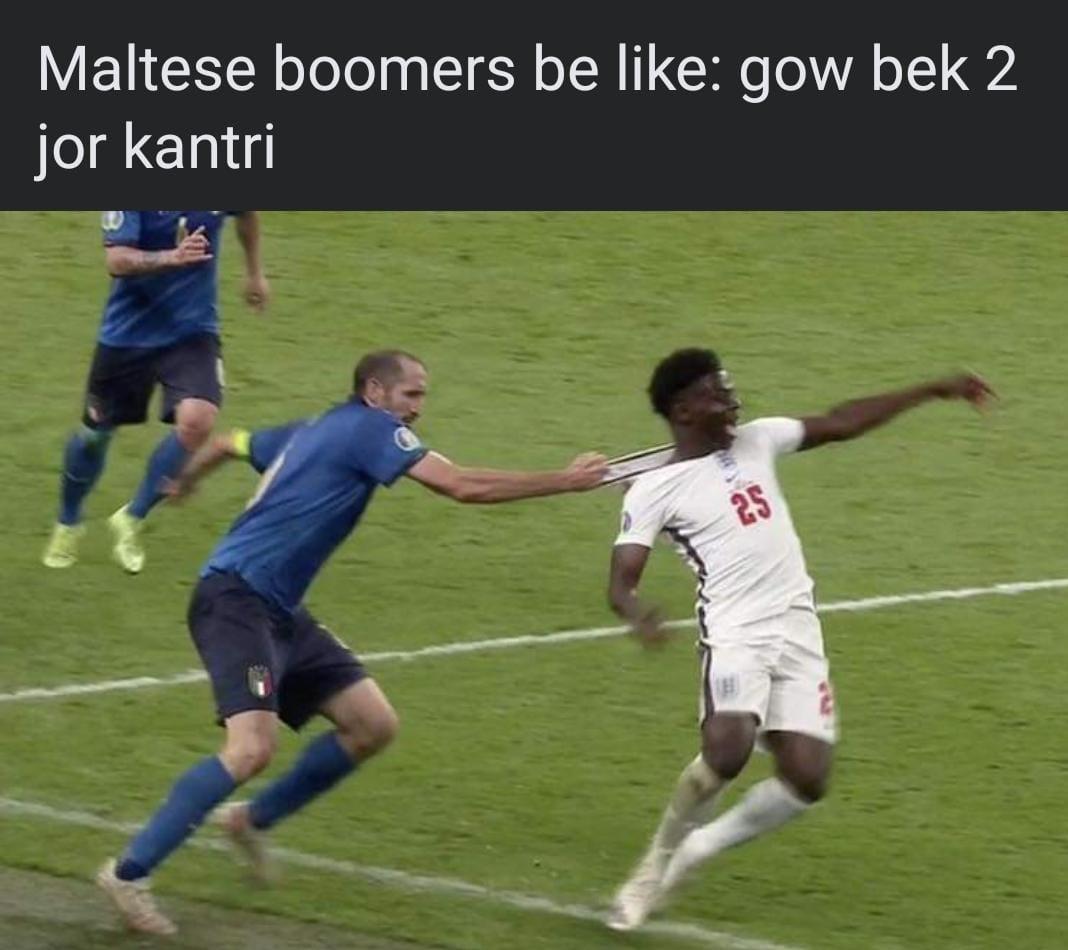 No injuries or incidents

The police had been cautioned by businesses to "treat Sunday like election day", while closer to the time of the match, the Police Officer's Union urged caution and responsibility.

A police spokesperson told Times of Malta on Monday morning there were no injuries or major accidents linked to the game or post-match celebrations.