One of the developers behind a controversial application to turn a countryside Qala room into a large villa has had at least two applications which were recommended for refusal granted development permits.

In both those cases, the applications fronted by Mark Agius were successful despite the Planning Authority’s internal case officer’s technical reports calling for them to be turned down.

Mr Agius, who is known in Gozo by the name of the supermarkets founded by his mother, Ta’ Dirjanu, partners with property magnate Joseph Portelli on various developments in Gozo.

One of those developments is in Qala and was due to be decided by the Planning Authority on Tuesday. Instead the decision was postponed until October 1 after the developer promised to scale down the plans.

Overturning case officers’ recommendations for refusal is not in itself a suggestion of wrongdoing. In a substantial number of applications, the Planning Commission requests alterations and imposes conditions in a process that leads to the granting of permits recommended for refusal.

The two developments granted permits, as well as other controversial projects that Mr Agius is involved in, are:

A cluster of 19 flats perched on the hill’s edge in Xagħra was roundly opposed by the NGO Wirt Għawdex, Heritage Malta, the Environment Resources Authority and the Superintendence of Cultural Heritage.

The objections centred on three issues: the building spills over Outside Development Zones; the multi-storey block on the hill’s edge impinges on the “natural and cultural landscape”. There is also a cave on site which, according to the superintendence, constitutes “significant evidence of the historical interaction between human activity and the cultural landscape that must not be eradicated by any construction approved on site”.

The superintendence had requested a work method statement that would specify how the applicant would preserve the cave and “retain its relationship with its setting overlooking the valley”.

A permit was granted last June, with the Planning Commission saying the method statement was “an approved document with a bank guarantee of €5,000 for the cave’s safeguarding and its retention and therefore no consultation with the SCH is necessary.” 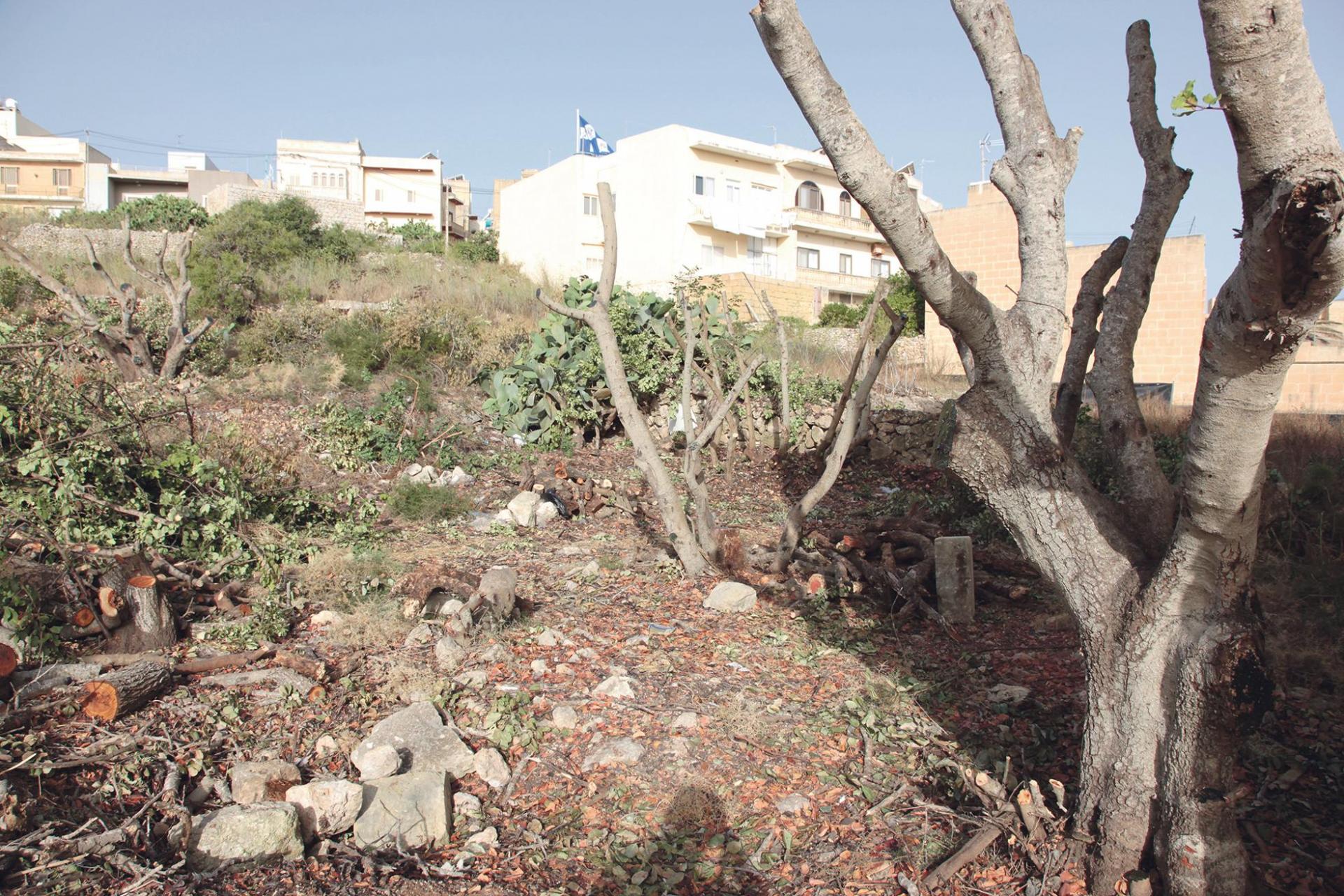 This block of 53 flats and a house over hitherto terraced fields in between two roads will connect two separate branches of developed areas in Qala.

The case officer expressed concern about the bulk and height of the multi-storey block, which looms to “five levels above the highest pavement” in one of the two streets it fronts.

His report also stated that the development would result in “too steep road gradients”. It concluded that although the block was within development zones, it ran counter to the objective “which aims for the protection and enhancement of the character and amenity of urban areas” – and recommended refusal.

The applicant tweaked the plans for a building profile that would step down along the contour of the slope, and a permit was granted on June 4.

An old, vernacular two-storey townhouse abutting the Citadel at the rear is being converted into a boutique hotel. Mr Agius’s application was recommended for approval and a permit for alterations granted on November 7, 2017.

The NGO Wirt Għawdex then issued a strongly-worded press statement in which it took the Superintendence for Cultural Heritage to task over its assessment that the documentation made available did not indicate “any evident threat to the cultural heritage”.

Wirt Għawdex began to militate against the additional constructions on top of the two storeys that would block the historical Independence Square view of the medieval clock perched atop the Citadel fortifications. It also objected to the opening of a door and two windows at the back onto the Citadel ditch which would potentially lead to tables and chairs being placed on the ‘counter-scarp’ and obstructing a popular walkway around the Ċittadella.

The Victoria local council then joined the fray, stating that the Lands Authority had informed it that it had not granted “servitude” (making openings in a dividing wall) to the developer or as part of the planning process. The ditch is leased to the council by the Lands Authority.

Wirt Għawdex held hope that the door and windows at the back would not be rebuilt after the back wall collapsed during the works. The back wall has since been rebuilt – and the apertures incorporated.

Another planning application by Mr Agius will be considered on Tuesday, for a century-old house in Sannat to make way for a block of 16 flats.

Wirt Għawdex has objected to the development, pointing out that the present house has interesting features of British architectural heritage that call to be preserved for future generations.

Allowing the destruction of the house, the NGO said, “would create a very dangerous precedent for the treatment of historical buildings in Urban Conservation Areas”.

Joanna Spiteri Staines, a conservation architect and member of NGO Din L-Art Ħelwa’s council, told the PA the “massive apartment block” would be “entirely out of scale with the rest of the two-storey single house residential buildings in the area”.

It would usurp 400 square metres of green space and jar with the planning vision to protect Gozo’s environment, resources, culture and identity.

The Planning Authority’s case officer concurred, stating that the present building “warrants its preservation”, and that “the proposed development is incompatible with the urban design and environmental characteristics of Urban Conservation Areas.” His report recommends refusal... 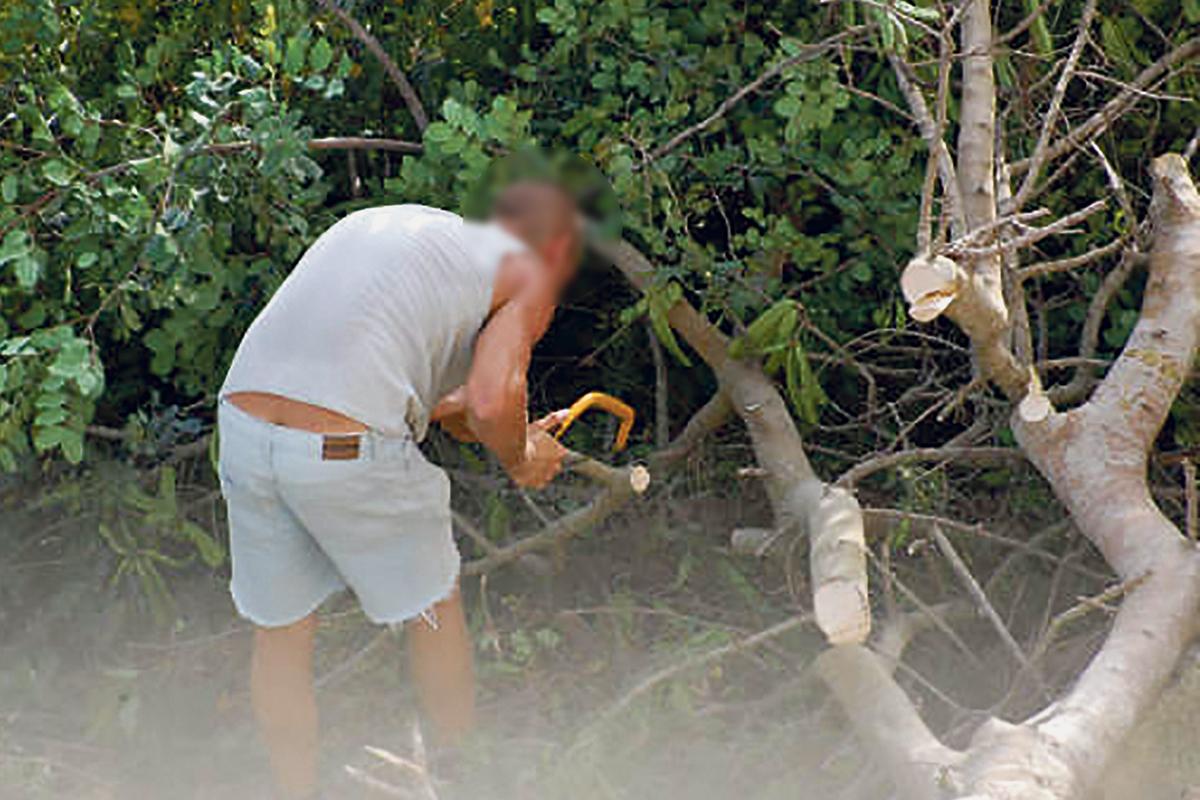 The carob tree being chopped down.

The carob tree and the six-year permit saga

At a field in an alley in Qala, a magnificent carob tree was chopped down in 2008 and then an application was lodged with the Planning Authority to build a house with swimming pool and for the “sanctioning of uprooting of trees.” The application was rejected a year later.

Another year passed and, on November 6, 2012, yet another application was submitted by Joseph Portelli of J Portelli Projects. It was refused on the basis that “it will not result in a good quality environment and will not enhance the existing environment”, and that it “has no access from a schemed road.”

Mr Portelli appealed against the decision.

On June 17, 2014, the Environment and Planning Review Tribunal overturned the Planning Authority’s decision. It ordered the PA to issue a permit within one month of the applicant, Mr Portelli, paying a fine of €1,000 for the “illegal removal of trees and [rubble] walls”.