A decision on whether to turn a tiny dilapidated room in the heart of Gozo's countryside into a sprawling villa has been postponed by the Planning Commission.

Developers behind the application promised to scale down the development during a meeting on Tuesday morning, which was supposed to decide whether to give the plans the go-ahead.

However, it was postponed until October 1 and the developers have been asked to submit new plans.

It comes after a key claim made by the developers was contradicted by a new document unearthed by Times of Malta.

The application is to turn a dilapidated room in an Outside Development Zone, known as Ta’ Muxi, in Qala into a sprawling villa taking up several times the footprint and with unobstructed sea and country views.

An element in the application that would be crucial to winning the permit is the developers’ claim that the room was once inhabited – albeit nearly a century ago.

The developers presented a declaration to this effect signed by notary Kristen Dimech and produced the death certificate of 84-year-old farmer Grazia Mifsud, who was found dead in the room in 1921.

They supported the claim with another document from the Qala parish’s archives purportedly showing that Ms Mifsud, a spinster, had lived in the 21-square-metre room. 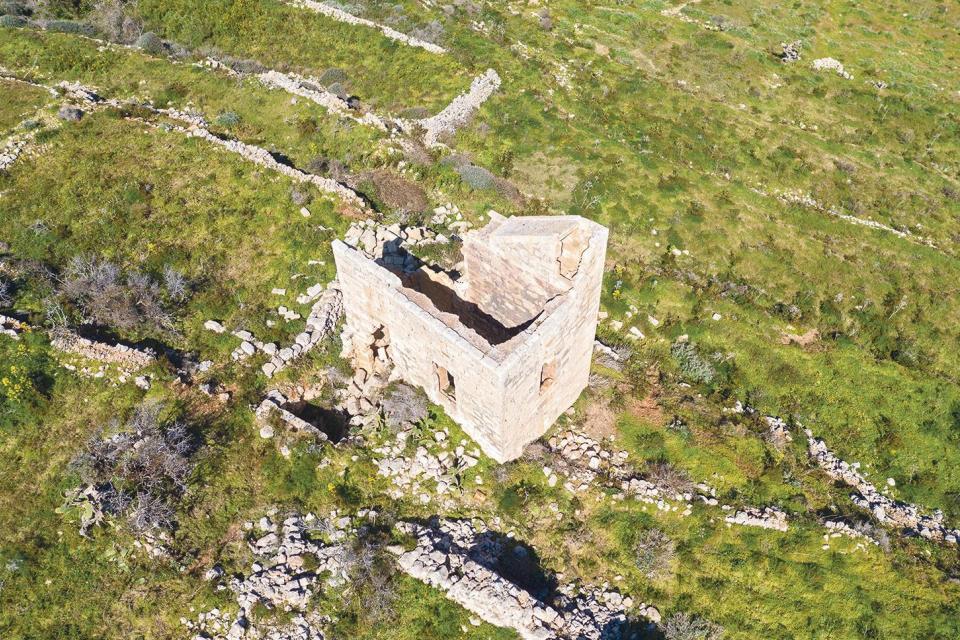 Did anyone ever live here?

However, neither the death certificate nor the church archive document, both seen by Times of Malta, provide an address for the farmer. The only information in these documents is that the woman was found dead at 4am of August 17, 1921 “in a house without a number in the Ta’ Muxi area in Qala”.

Times of Malta is in possession of a new document which shows Ms Mifsud lived in another house in central Qala. The document is from Qala’s Status Animarum – the parish archives – which has records of the village’s residents during that period.

According to the 1902 document, Ms Mifsud was registered as living at 11, Triq il-Wardija, a street very close to the Qala parish church in the centre of town.

During Tuesday's meeting, the planning directorate, which has already recommended the plans be refused insisted that the original death certificate was not a proof of residence.

Architect Elizabeth Ellul, who chairs the Planning Commission, said that it was the first time directorate officials had been present to voice their objections at a Commission meeting.

Qala residents contacted on Monday expressed surprise that anyone could have been living in the area of Ta’ Muxi a hundred years ago.

“The area is even today considered as a rural area that is off limits. You can just imagine the situation a hundred years ago, in Gozo,” one elderly resident said.

“It was just farmland and nothing else,” another added.

Another hole picked in the developers’ claim to a permit stems from the law that says the Planning Authority may only consider granting permission for an extension of an ODZ property if it is “sufficiently proven” that the place was used as a residence at least until 1978.

The authority’s case officer handling the controversial application has provided aerial pictures showing the abandoned room was without a roof in 1978.

The Sunday Times of Malta revealed that the area applied for, nearly 5,000 square metres of farmland and garigue, was bought by construction magnate Joseph Portelli’s company last January from a large Qala family at a staggering price of €0.5 million – far above the current market price for ODZ land.

He hopes to turn the small room into a 200-square-metre villa with pool and a sprawling garden.