Workers on Tuesday were engaged right away to remove graffiti painted over the Curia façade in Floriana on Monday night.

Graffiti which read: “Home of killers. Vaccines is 4 depopulation” was sprayed on the recently-restored façade of the baroque building.

The building lies a stone's throw away from police headquarters.

Its recent restoration was rewarded a Din l-Art Ħelwa award for architectural heritage.

It has been years since the church has been subjected to vandalism to any of its properties. The Curia building was infamously damaged in 1984 at the hands of shipyard workers.

In his Maundy Thursday homily, Archbishop Charles Scicluna had urged the faithful to take the COVID-19 vaccine when called to do so, saying it was their “moral, grave duty” to do so.

One has to do whatever is necessary to get through this disease and not pass it on to others. Those who do not take the vaccine, he said, are putting themselves and others at risk. 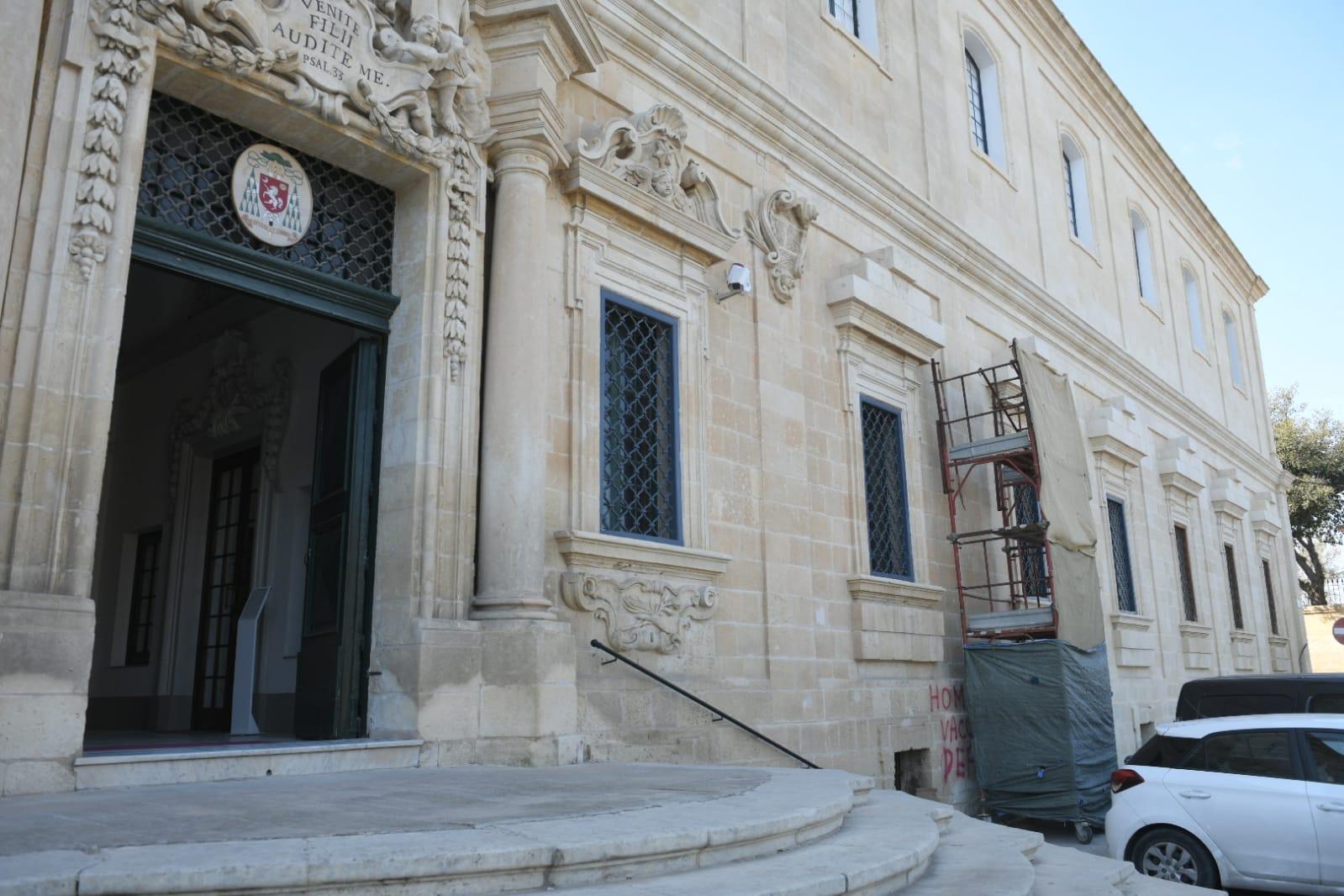 A spokesperson later said that workers tested two techniques to remove the sprayed graffiti from the building: a solvent-based poultice and the dry ice technique.

They chose the solvent based poultice technique as results showed no resulting damage to the stone surface, contrary to the dry ice technique, which discoloured the stone.