The recordings, secretly taped by Mr Theuma after the murder, offer a rare glimpse behind the scenes into the darkest corners of a crime which has gripped the nation.

Times of Malta has translated the first section of the tapes that were played out before a magistrate last Wednesday. The following are among the most gripping segments. Unless otherwise specified below, it is difficult to establish the context of the conversation as well as the identity of the person referred.

In this section of the tapes, Mr Fenech tells Mr Theuma how alleged hitman Vince Muscat had started talking to investigators, providing information on past crimes, as well as the assassination of Ms Caruana Galizia.

Yorgen Fenech: All of it, God damn it, there’s about seven of them. He said the only one he wouldn’t expose was the HSBC (heist); there’s big fish involved there.

He said he is willing to reveal all.

He started telling them everything. And where it (the car bomb) was made, God damn it, at that place in Żebbuġ, he told them the lot. He told them how the night before (the murder) he went to sleep at the place of that other guy because he wouldn’t wake up in the morning. I’m telling you – he told them everything.

In this section of the tapes, Mr Fenech talks about how Ms Caruana Galizia’s writing had impacted Malta’s ruling elites, including then-prime minister Joseph Muscat.

Fenech: He (subject unknown) said (gratuitous swearing), not once, but a hundred times. He said they’re going to get her (swearing). They are fuming, all of them, Joseph and all. She ruined them.

Fenech: If I’m anything, I’m not spiteful... not like her.

Fenech: Someone like her (Caruana Galizia)... (swearing) I’d throw her off (a height) with my own two hands. 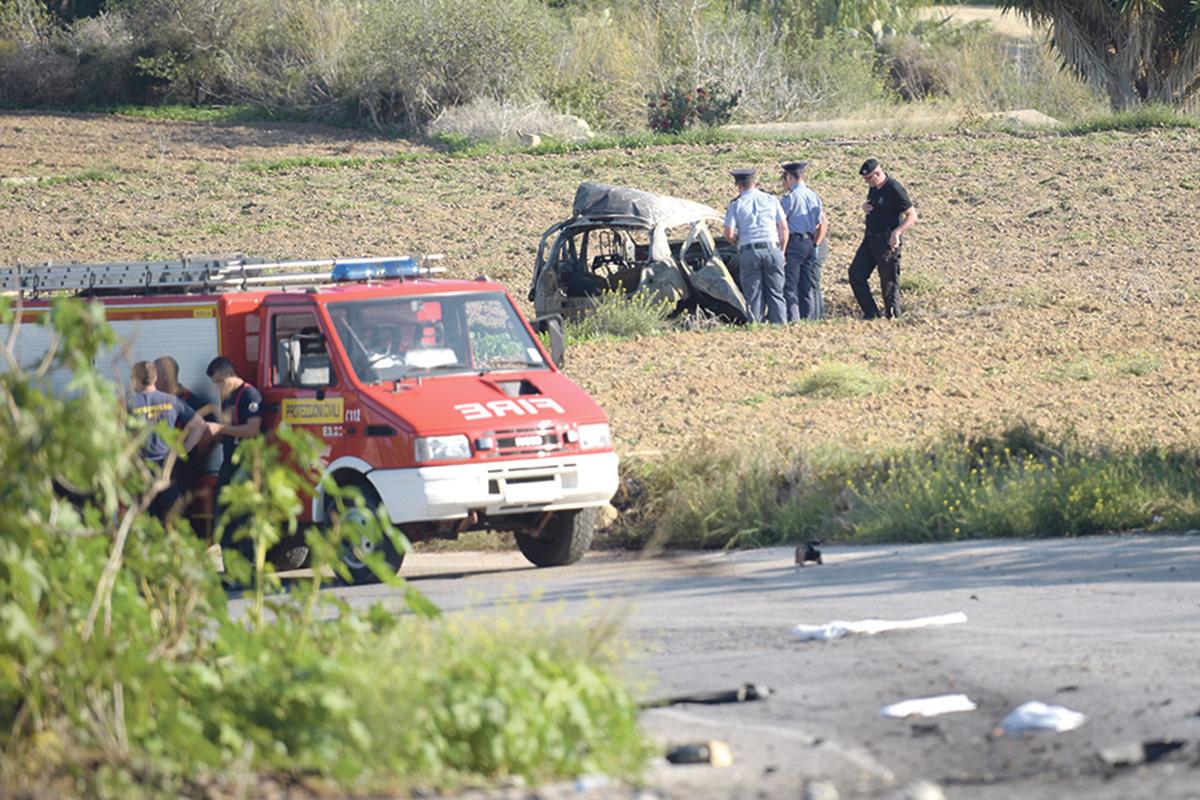 In this extract, Mr Theuma is ostensibly imploring Mr Fenech to get then OPM chief of staff Keith Schembri to pressure Judge Antonio Mizzi to grant bail for Alfred and George Degiorgio as well as Vince Muscat (the three alleged triggermen).

Theuma: Can he (believed to be Keith Schembri) maybe have a little chat with (Judge Antonio) Mizzi?

Fenech: Do you think he hasn’t already? And you know what he told him? He told him: these guys (the three alleged hitmen), they need to be given (bail). But the circumstances are not such that we can give it to them. He said: these guys must get out. There’s no choice. He said: are these guys going to spend their lives there? He (Schembri) told him ‘I came to suss things out for the old man (believed to be Joseph Muscat) for him to know what’s going on. He’s got to be careful, God damn it. He said: if not today, then within 20 months at the most they have to be let out.

Theuma: You mean the jury won’t start before then?

Fenech: They can’t start the jury before. They just can’t. It was the other one who told me this, (former deputy police commissioner Silvio) Valletta, the fat one.

The first recording ends with a reference to lawyer Arthur Azzopardi who had represented Vince Muscat until he dropped him as a client last year. Dr Azzopardi had urged Mr Muscat to reveal all about the murder plot to the police.

Fenech: He said ‘listen to me Vince. You have a wife. But he (Vince Muscat) told him, they’ll throw acid all over her if I...

Theuma: So why the (prolonged swearing) did Arthur Azzopardi get involved?